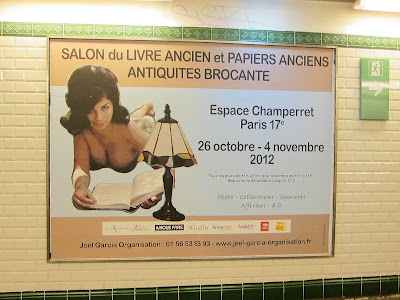 It was time to return to Paris for the October installation of the Salon du Livre Ancien et Papiers Anciens (aka the Old Paper Show or le Vieux Pap) held at the Espace Champerret on the western edge of the city limits. Show has shrunk down a bit from previous years, while at the same time, now located in the larger and better lit area of the venue.

Always enjoyable walking the aisles looking for material and visiting with colleagues, dealers, friends and acquaintances. Upon entering the metro I was pleasantly surprised to see this ad for the show (above, the theme for the show: pin-ups) as the promoter makes a bid for a bigger turnout. Photos from the show, including some of the cast of characters, follow. 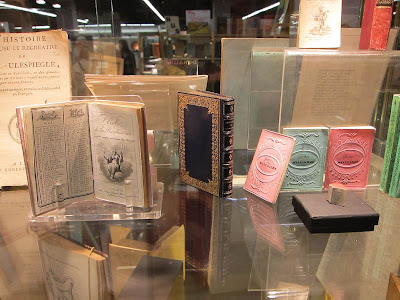 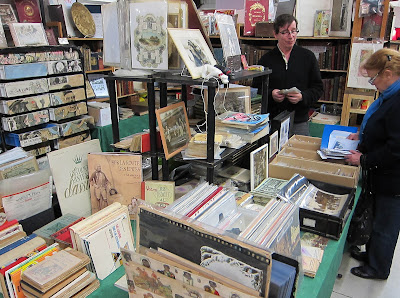 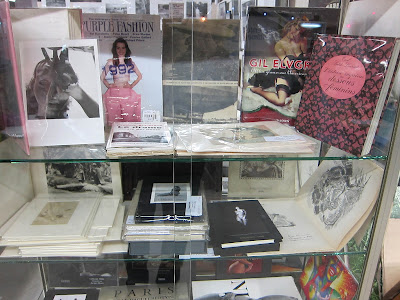 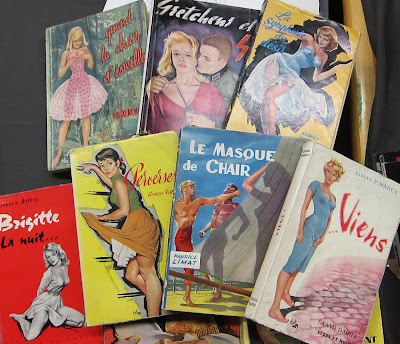 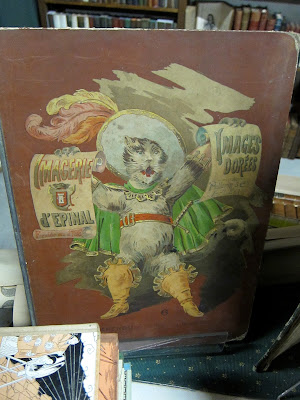 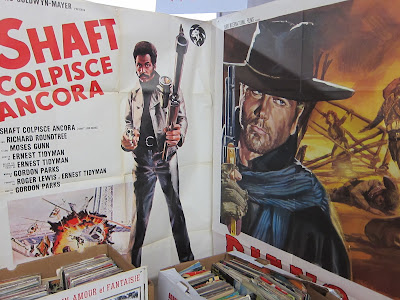 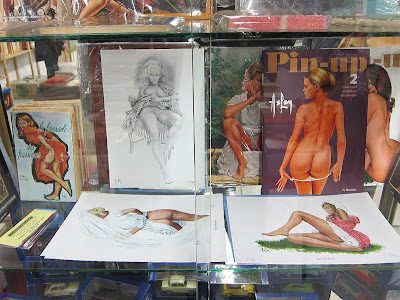 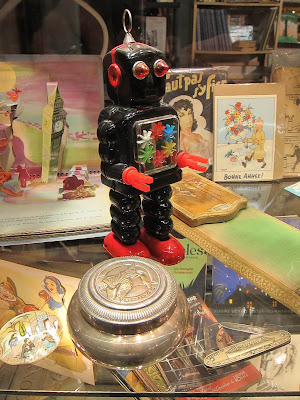 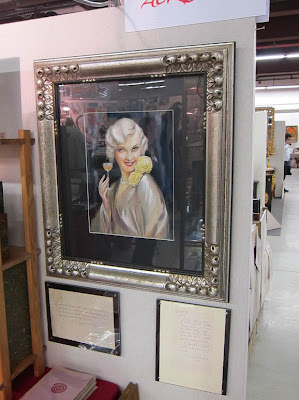 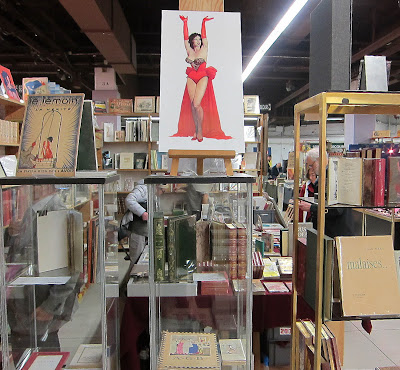 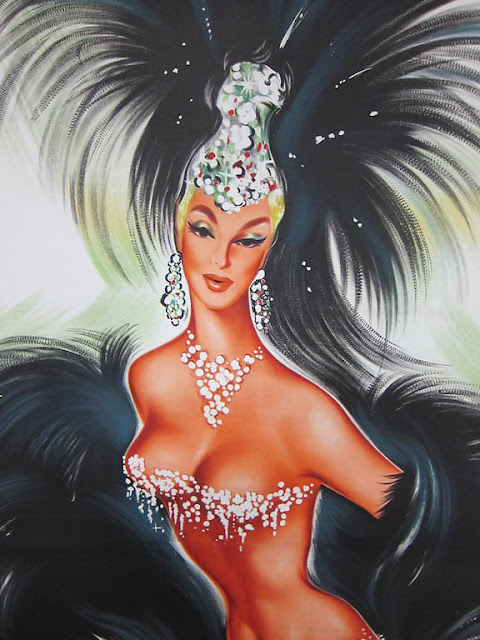 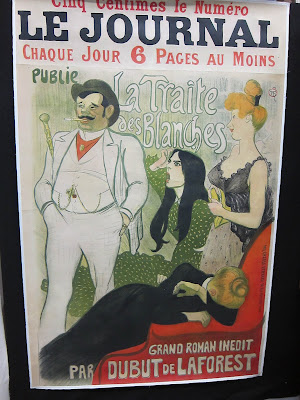 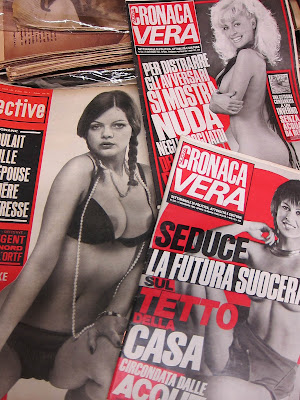 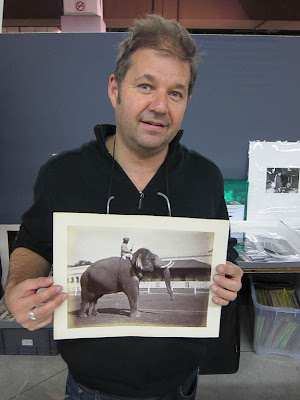 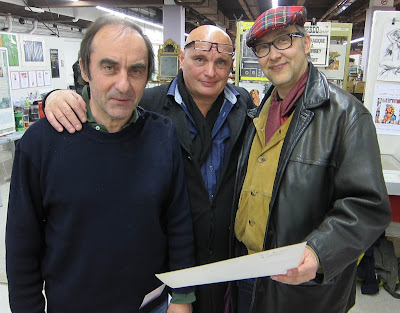 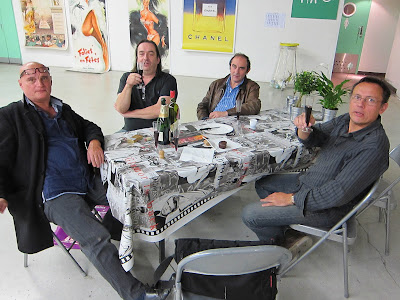 (left to right) L'Equipe (The Team) finishing off a bottle after lunch: Mr.Max, Guy, Jose and Christophe.
_____

And the evening of the "nocturne" (late night) strippers from Burlesq made an appearance to promote their show. 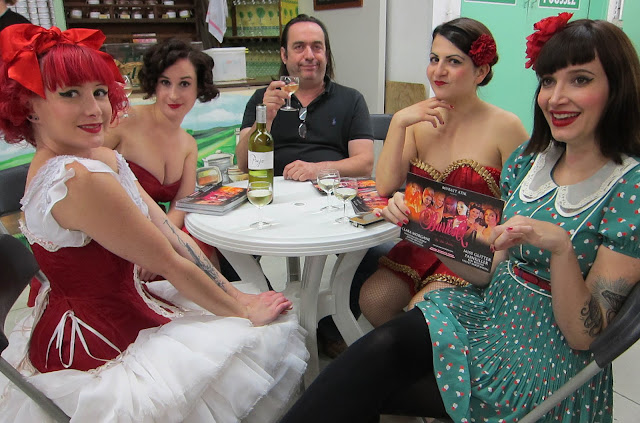 Guy with the girls 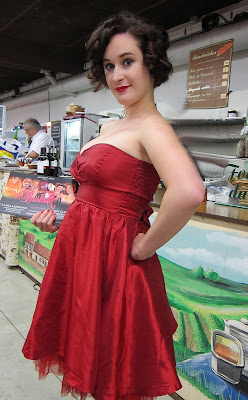 Click for the Latest from Paris in my eBay store
Posted by Joseph Vasta at 8:30 AM