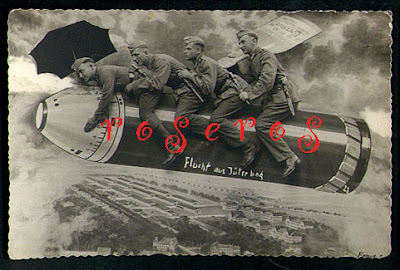 Most postcard and photograph collectors are familiar with "studio portraits" taken at tourist attractions and amusement parks, especially popular in the early part of the 20th century. The couple sticks their heads through an opening in a two dimensional painting of a scene at the beach or as cowboy and cowgirl and the photograph snaps a picture. They are fairly common in the United States. Europeans created similar images with a particular twist, often of groups of people in or on lighter than air forms of transportation. These were particularly popular during WW1 with soldiers.

Here from my archives, is a group of real photo postcards depicting both civilian and military versions of the theme. 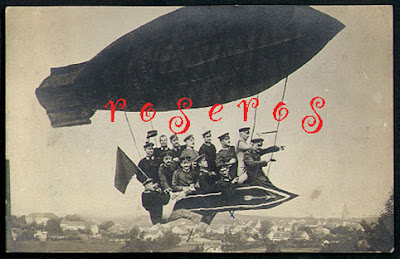 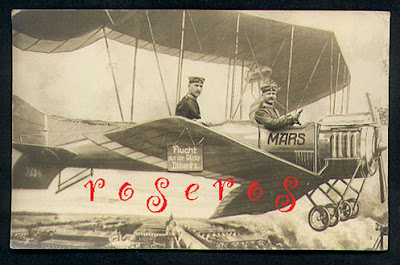 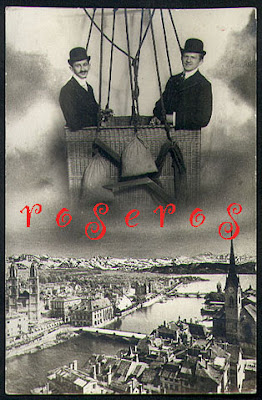 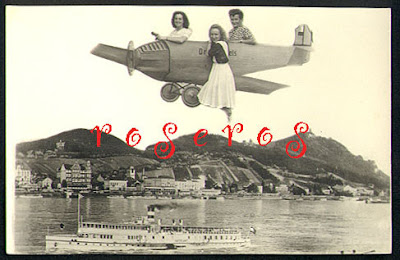 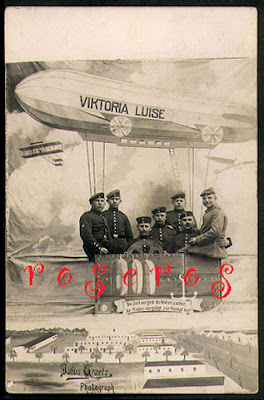 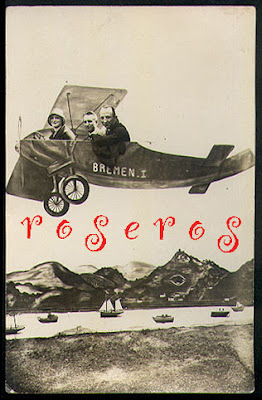 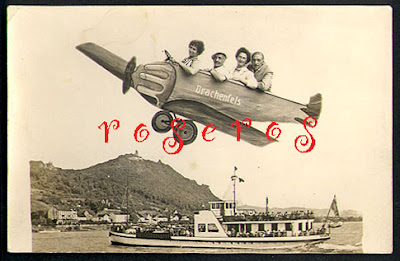 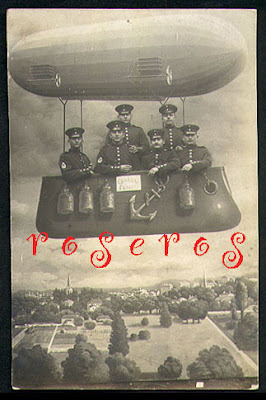 And during the period just after the turn-of-the-twentieth century printed versions of the surreal, lighter than air fantasy cards were very popular throughout Europe, especially in France and Germany. Some wonderful examples of what it might be like to fly, by use of imagination and adaptation. 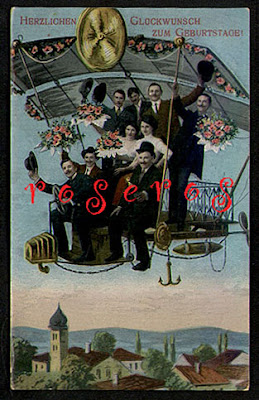 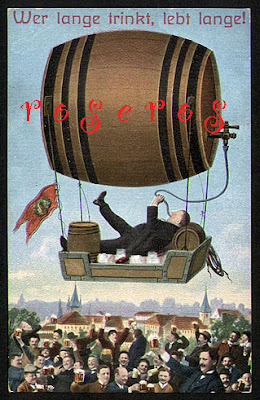 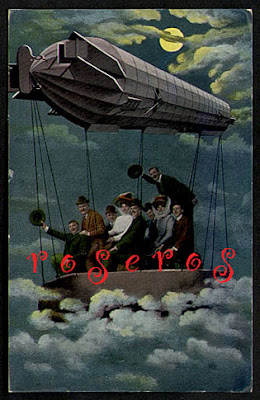 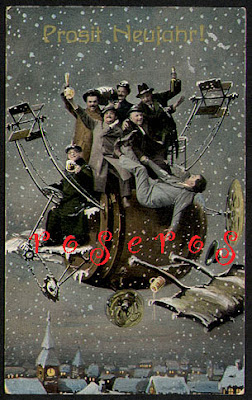 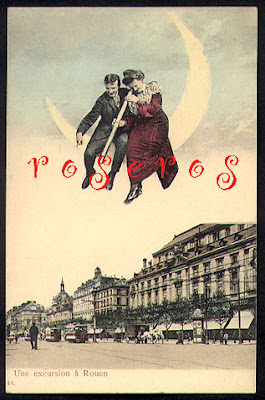 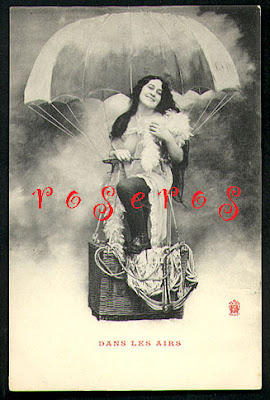 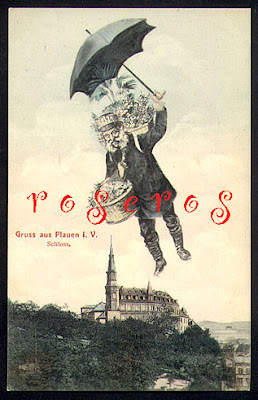