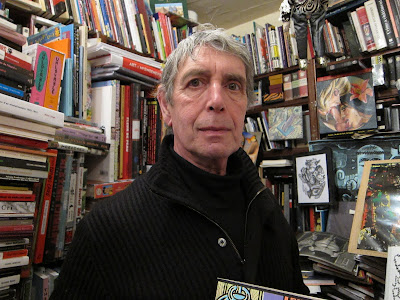 As I was preparing my post this morning, about the outcome of the PS1 art book fair, I received very sad news from Paris. Jacques Noel, the owner of Un Regard Moderne, the Paris bookshop, passed away last night. A modest man of few words, his influence on the underground art scene in Paris, via his bookshop and gallery is inestimable. Jacques was a champion of and for artists emerging on the scene, who were exploding with ideas while eagerly fighting conformity.

They included Pierre La Police, Kiki and Loulou Picasso, Bruno Richard, Stephan Blanquet, Blexbolex, Anne van der Linden, Remi, Pyon, Pascal Doury and many others. He provided an outlet for their publications and an attached, small gallery space in which to exhibit their work. The publishers who rose out of the scene in the early 1990s, inspired by the Bazooka group (creators in 1978 of the stand alone newspaper, published by Liberation, Un Regard Moderne from which Jacques derived the name of his bookshop) were Le Derniere Cri, United Dead Artists, Editions CBO and an uncountable number of artists creating and publishing their own micro-editions and 'zines. 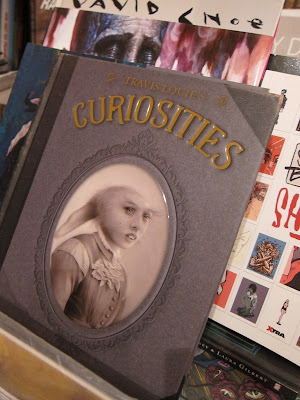 Title of this book sums up the Un Regard Moderne inventory

Jacques was the first person to show me and encourage me to take a closer look at the artist's book genre that I now vigorously support here in the United States. My first exposure was at a shop where he worked, Les Yeux Fertile, just a few blocks away from his rue Git-de Couer location which he opened in 1991 as Un Regard Moderne. I still remember him showing me, what I have referred to in my head for years as, "the black book". I saw the book only that one time after Jacques handed it to me and suggested I take a look. The imagery was so powerful, so hard for me to look at, that after a few pages I turned away, disgusted. Jacques at the entrance

He noted my reaction. As I handed the book back to him, he said something like "... yes it is a very difficult, but very important and impossible to find book". That was probably 1989. The book was published in 1984. I know now that it is part of the Elle Sont des Sortie (aka ESDS) series created by Bruno Richard and Pascal Doury. And indeed, the now rare and sought after, "black book", is in fact an exhibition catalogue published by ELAC, the l'Espace Lyonaise d'Art Contemporain. It's rarity can be attributed to censorship. The book was suppressed after publication due to the subject matter and most copies were destroyed.

I often thought about the book while in Paris and wondered if I would ever see it again. A nondescript black book, plain binding, no title on the spine and never getting a second look. I didn't even know the title! Years later I asked Jacques about the book as he seemed to posses an amazing memory. Not only for where books were located in his seriously over stocked, claustrophobia inducing store, but probably a memory for most of the books he handled as a bookseller. 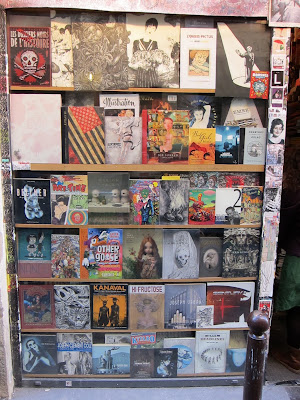 Front window, an indication of what was inside. Little room for anything else!

"Yes, of course I remember the book" he said. I asked if he had one for sale. This was years prior to my serious interest in the ESDS books which began publication in 1976 and continues to this day. He suggested in his own particular fashion, that no, he did not have a copy to sell and that not buying the book, when it was in my hand, was a mistake. Recently, last year, I was offered a copy of ESDS "the black book" (there is another "black book", The Masters and Mistresses Association Handbook clandestinely published in 1974 by John Sutcliffe, the man behind the latex catsuit and Atomage magazine) along with an extensive collection of other ESDS publications.

Finally, unexpectedly, there it was once again in my hands. I sold all the other ESDS books I recently purchased. Except for "the black book" which I decided to keep, not only for its rarity, but also as a souvenir of a certain moment in time in Paris, which is a vivid reminder of Jacques. 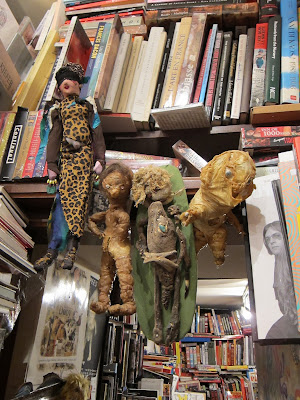 All of the photos are from a URM post I did in February, 2011. Today I found this wonderful post by Simon Cutts and Erica Van Horn, originating on their notes from an urban hibernation page located on the bookssite.org website. Also found this marvelous hommage on tumblr last night on the Le Feu Sacre page. 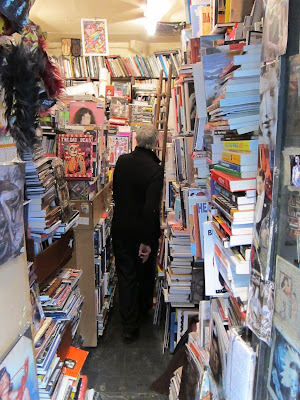 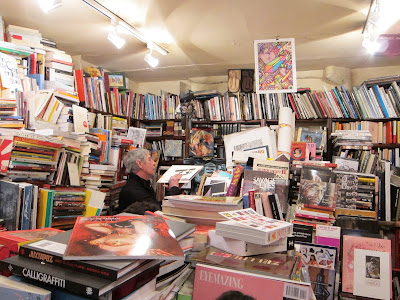 Jacques at his "spot" seen by holding the camera over my 6'4" head to get an
unobstructed view above the "central pile". 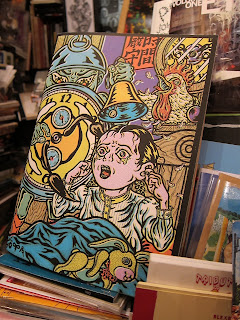 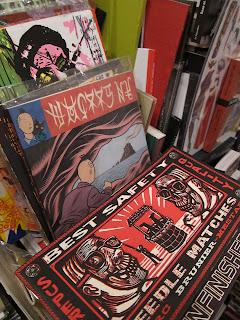 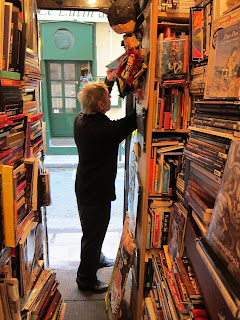 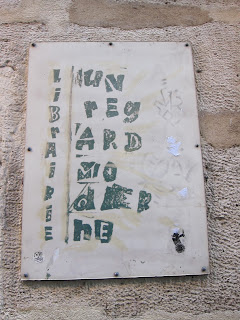