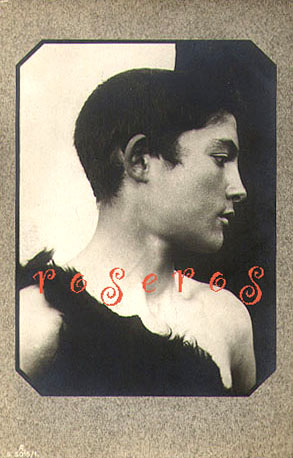 When sorted from various archives, my files of the male face and figure became quite large, requiring further categorization. This post began taking shape using various postcard images of male athletes, nude studies, performers, dancers, circus people and much more. Once I started editing, creating separate files, it became clear that the photo postcards by Wilhelm von Gloeden required a post just for themselves.

Known as the Baron Wilhelm von Gloeden (an appelation that the von Gloeden family of Mecklenburg, Germany discounted as a fabrication) he is most famous/notorious for his accomplishments with a camera, photographing youthful Sicilian males, circa 1890 ~ 1910. His photographs, some of which were made into postcards for Sicily's tourist trade by Adolph Engel in Berlin, are just an indication of what he created in Taormina.
________


Above: an iconic portrait by Wilhelm von Gloeden. An exceptional image (alternating black on white and vic versa) predating the "modernist" movement by about 15 years!
________


Today's society obscures the acceptance of the types of relationships that von Gloeden had with his Sicilian models. In his time, certain European countries, viewed homosexuality. It may come as a surprise to many that concepts of the "third sex" and homosexuality were discussed as a life style, starting in the mid-19th century by proponents of the Uranian movement and its supporters. Later, at the turn-of-the-century in Europe, naturism would also embrace homosexuality, only to reject it with the rise of fascism in the 1920s.

As a result of this concentration on the Baron von Gloeden photo postcards, I will reserve the remainder of the burgeoning file of men for later posts. Numerous posts, just for the postcards, will be necessary to present the genre properly.

The following images are in approximate chronological order, from circa 1905 to circa 1915. Each measure 3.5" x 5.5" except the two images of printed cards which are slightly larger.

Click here for Von Gloeden material in my eBay store. 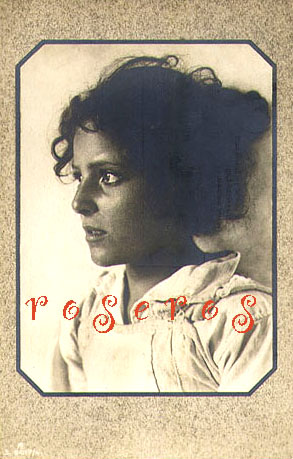 Above: another portrait that some have suggested is of a girl. Although von Gloeden did on occasion photograph females, I believe this is actually a boy with his long hair pulled back (see end of the post for another portrait of the same model). 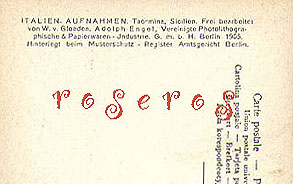 Portion of a typical back of most of the real photo postcards (rppc) published by Adolph Engel. Copyright Berlin, 1905. 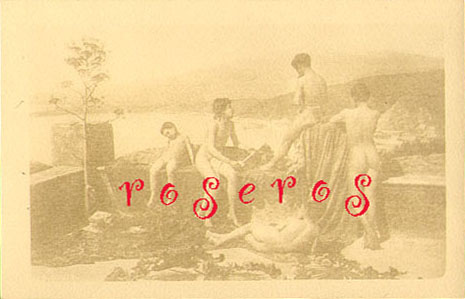 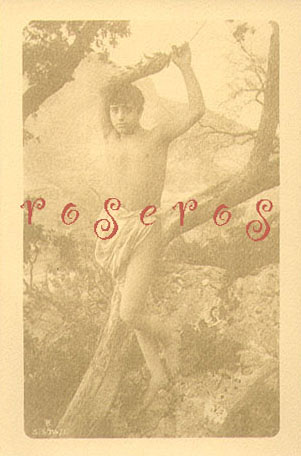 The two images above and one below are often described as being "badly faded" or in "very poor condition". They are actually quite rare, existing examples of photographic paper used by Engel (and other publishers) with characteristics similar to hand-made, platinum emulsions on textured art paper. 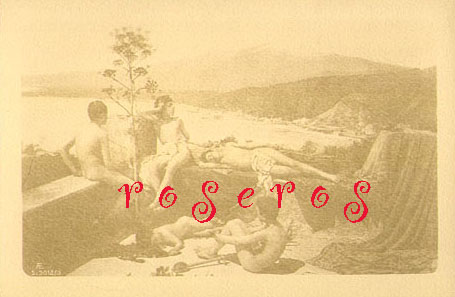 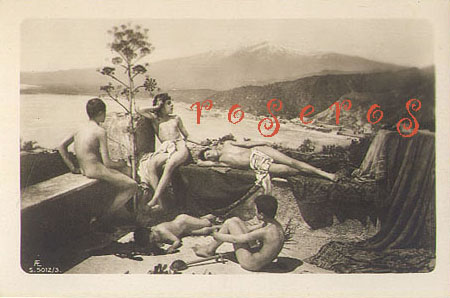 TAbove: two photographs above show the dramatic contrast between the same image on different photographic emulsions. 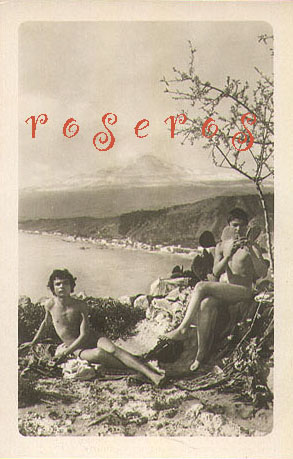 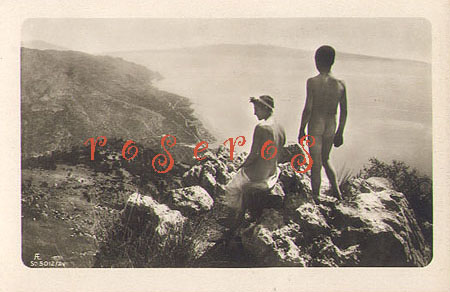 Note Engel's logo in the lower left corner of all the above images. 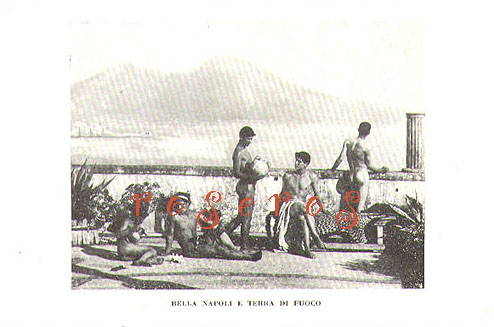 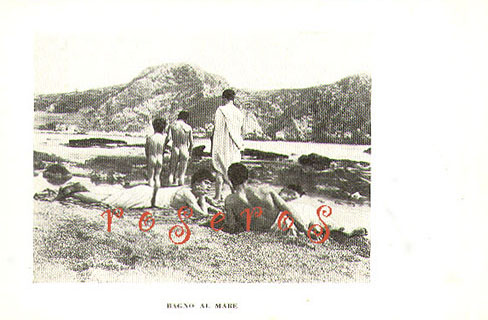 Above: two images from a series of printed, slightly oversized postcards without von Gloeden's credit on the back. These printed images are the least appealing esthetically and at the same time, amongst the hardest to
find, making then quite rare. 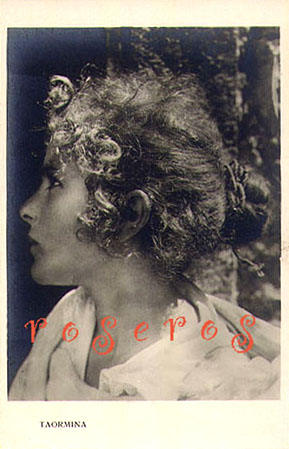 Another portrait of the model that appears at the beginning of this post. This one made later, circa 1915, lacking von Gloeden's credit and publication info on the back. 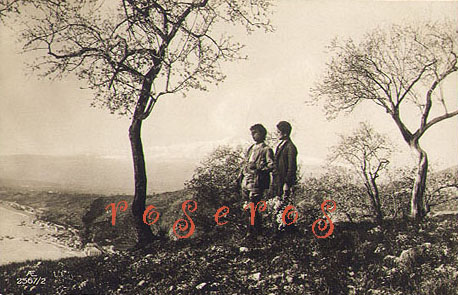 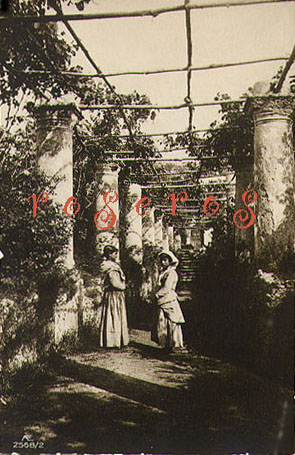