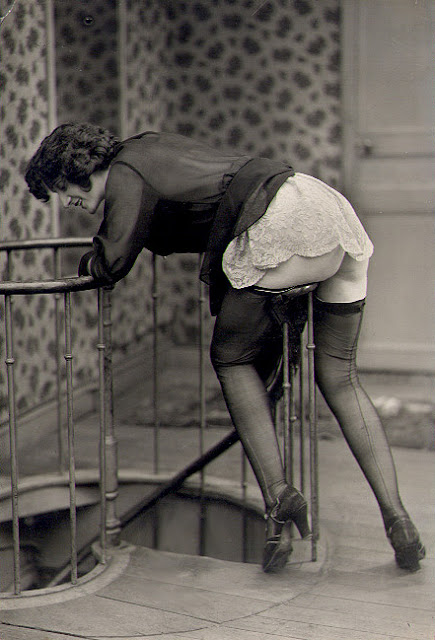 Here is a selection of recent arrivals from the Paris Paper Show in February. All of the photographs posted here (and much more new material) will be shown for the first time and available for sale at my stand at the New York City Photo Fair, March 31st. These recent arrivals are not for sale on eBay.

At the end of this post there is also a selection of American 1950s~1960s nude, glamour and snapshot photographs, all part of a recently purchased collection.

(above) On the Stares! Medium format photograph by the Ostra/Biederer Studio,circa 1930.  SOLD 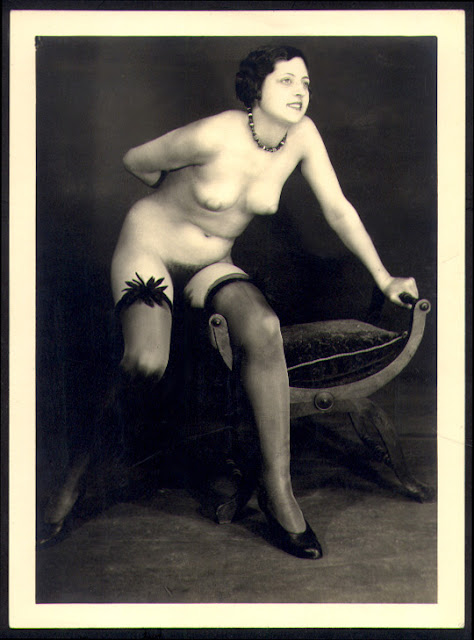 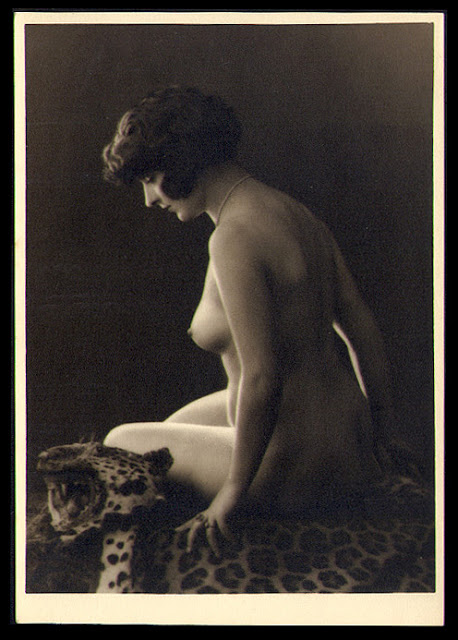 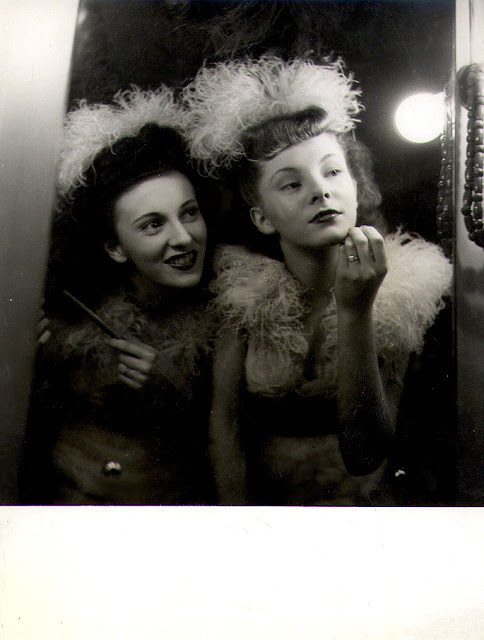 Performers in the mirror. Large format photograph by Photo Lido, circa 1940s.
SOLD! 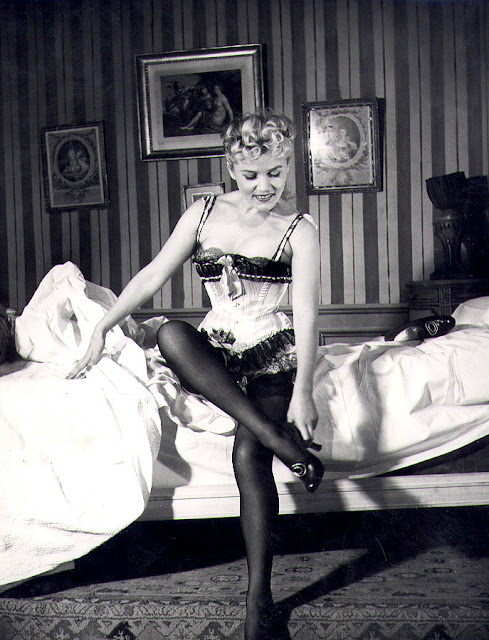 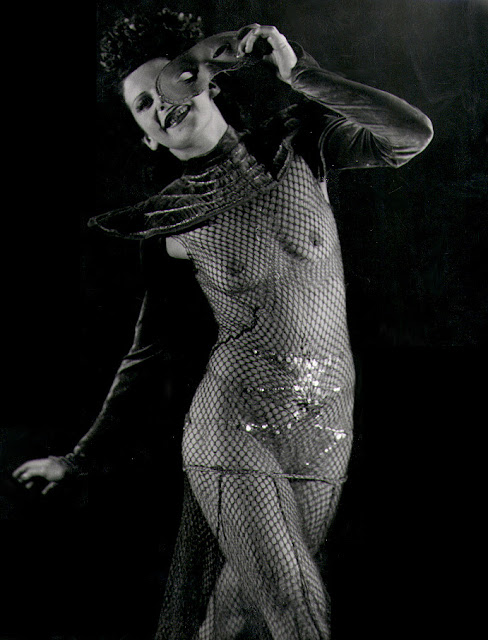 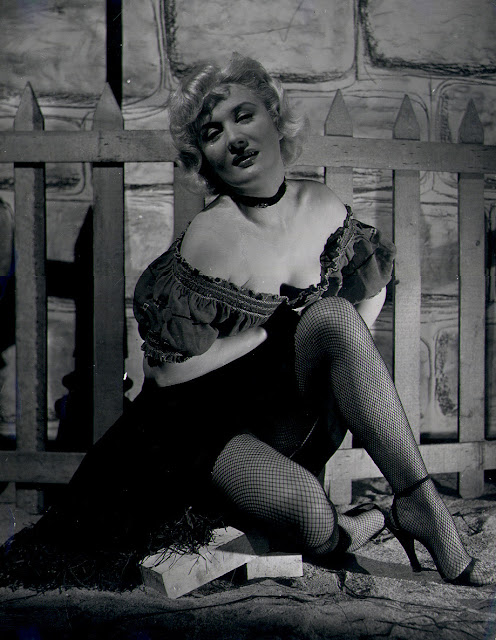 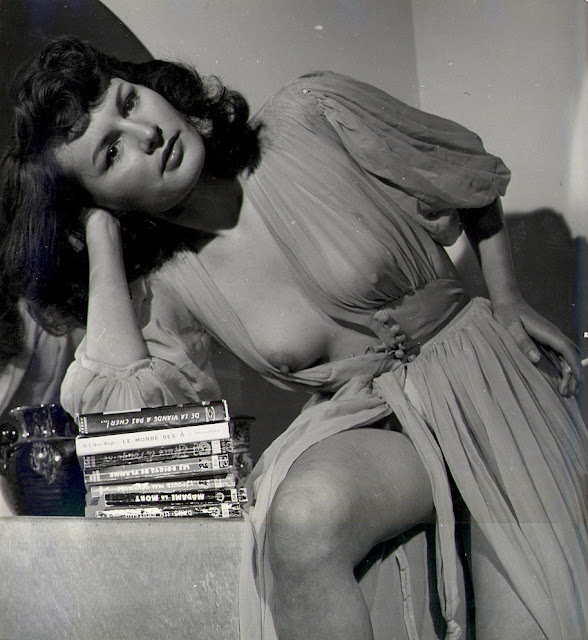 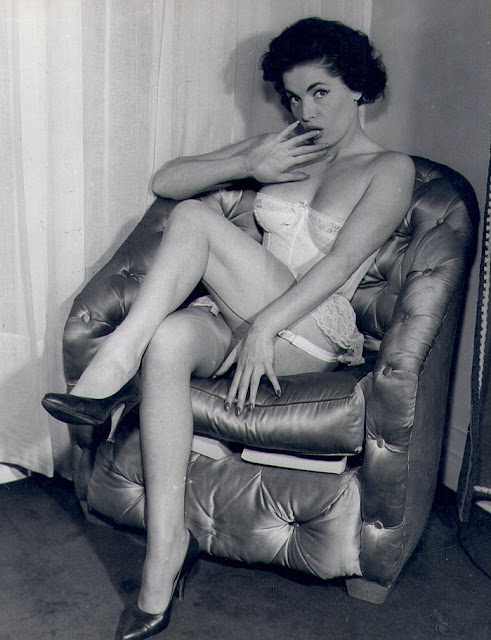 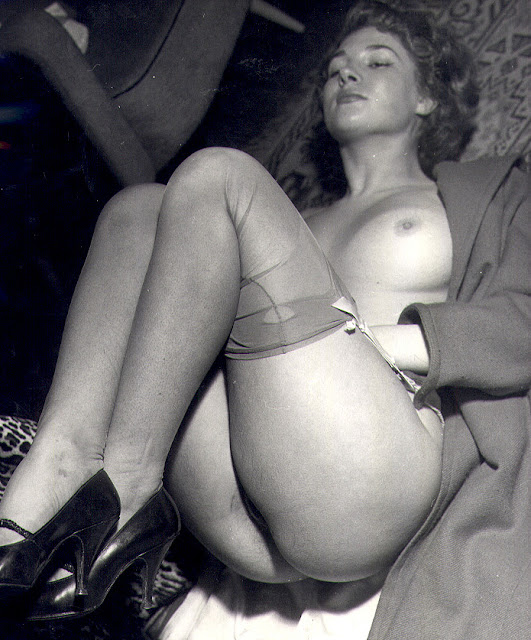 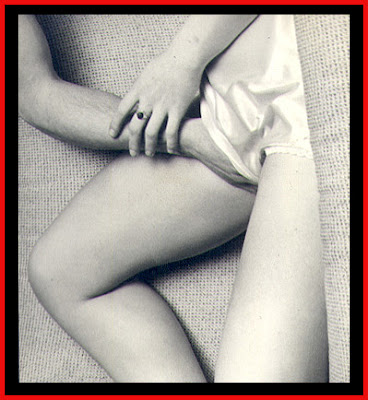 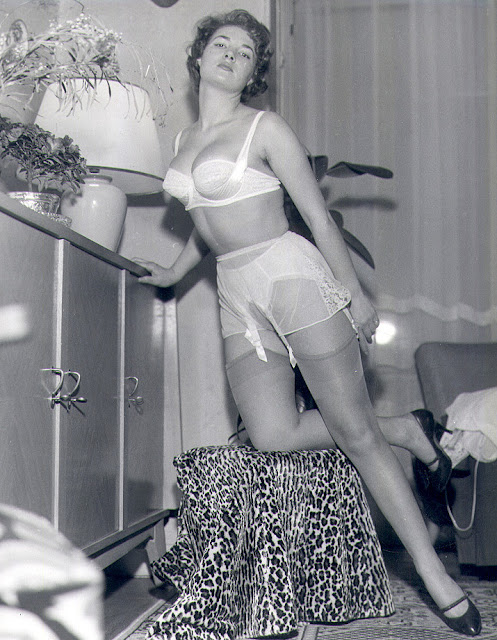 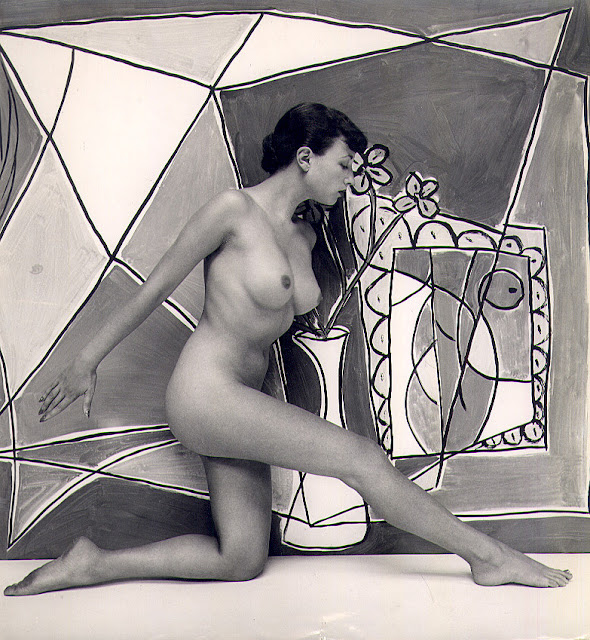 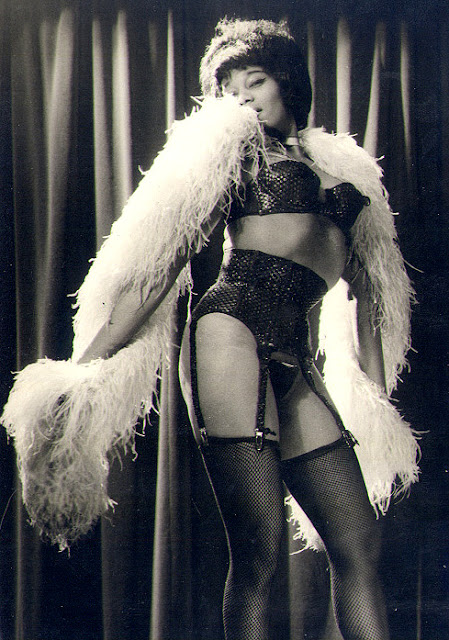 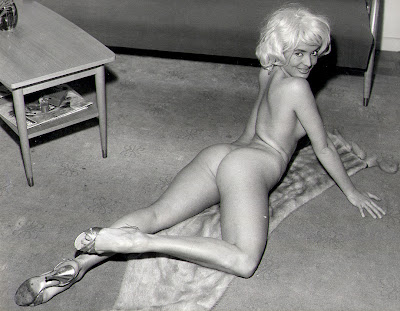 Parisian stripper, between the acts. Large format photograph, circa 1960.
SOLD 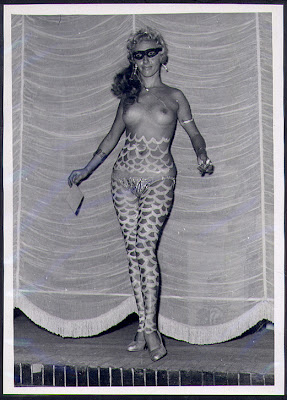 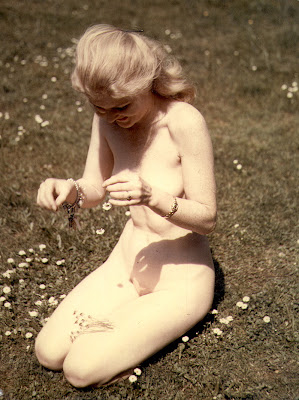 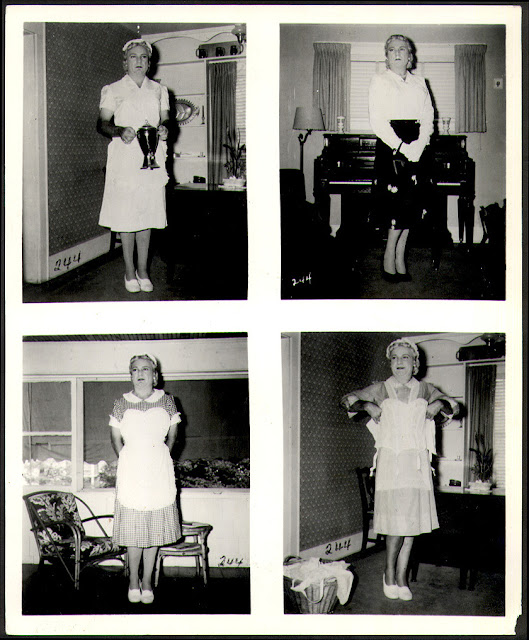 Four photographs of a transvestite in various attire. One sheet of 8.5" x 11" paper, untrimmed. Sold via Irving Klaw, circa early 1950s.  SOLD 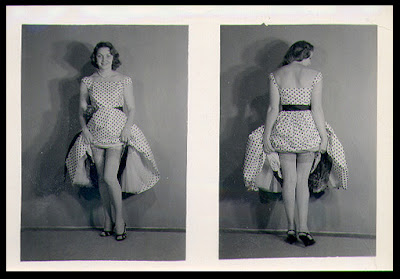 Flashing her stocking tops and garters. Small format photographs, two-up on a single piece of photo paper; circa 1950s.  SOLD 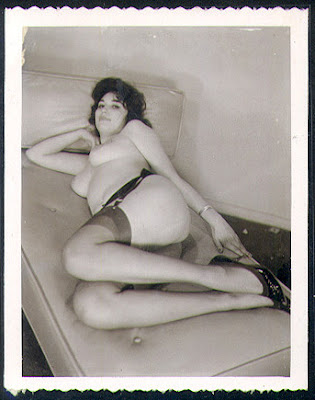 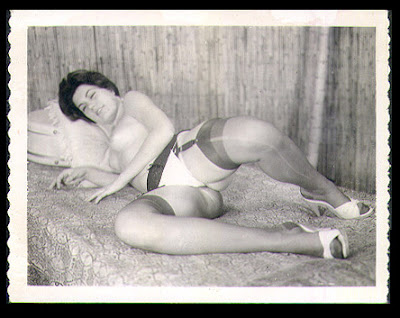 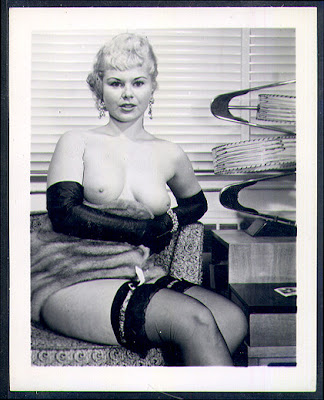 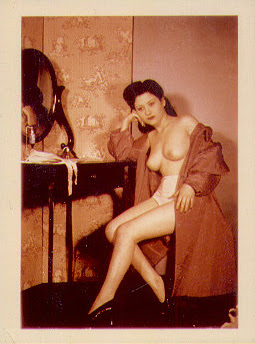 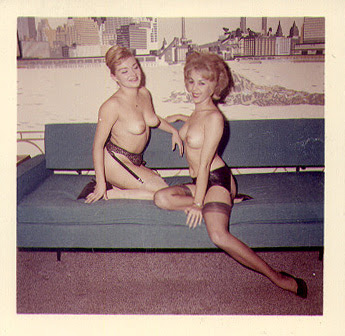 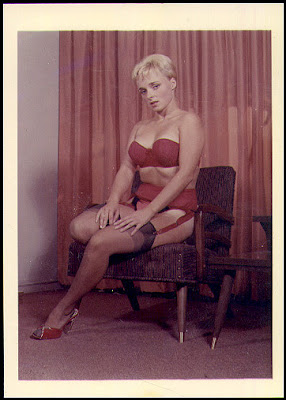 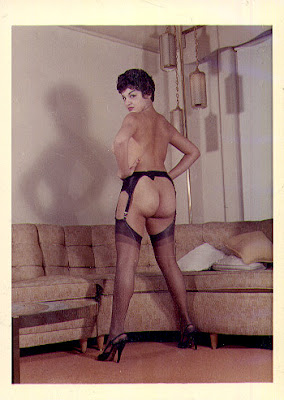 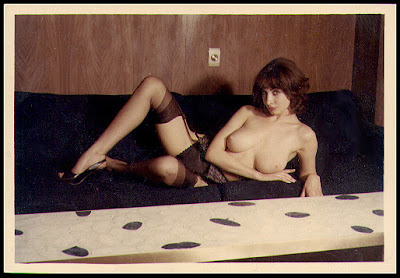 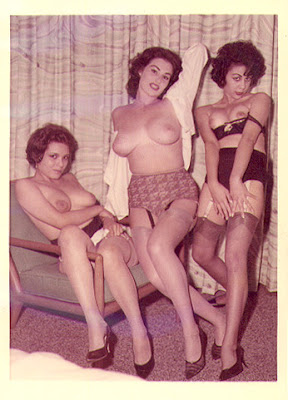 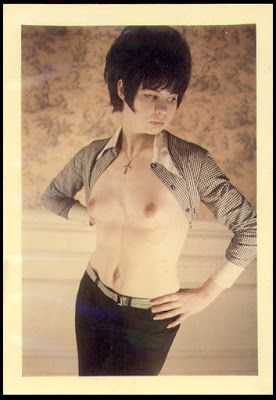 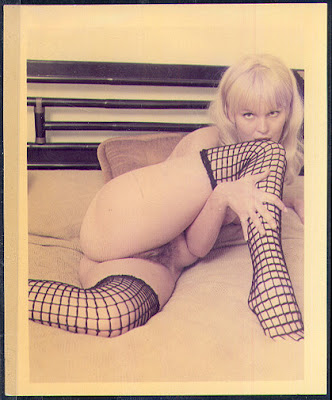 Circa 1970s photograph distributed for sale in adult bookstores. SOLD
_____
Posted by Joseph Vasta at 3:42 PM