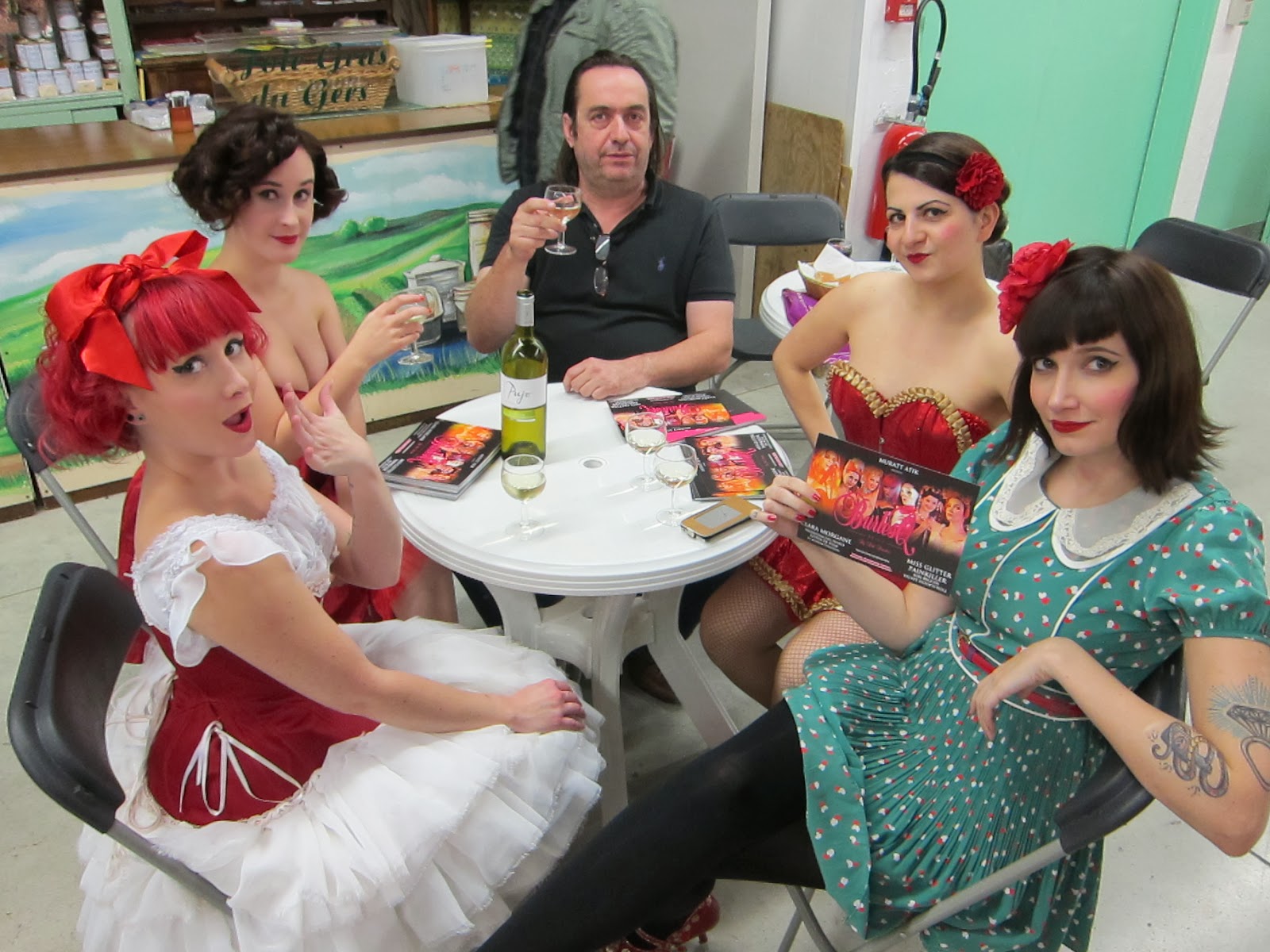 The boxes are back from LA and sorted out as I repack and take some of that material with me to Paris for the Paper Show next week. Once again at Espace Champerret, however in an abbreviated, more humane version running from the 14th to the 18th. I'll be arriving on the 12th and at the venue on and off throughout the duration of the show and departing Paris on the 20th. Let me know if you're there or in the city and would like to get together for drinks. Show details here.

I will be "standless" shopping and carpet-bagging my way around the show in countless rotations. The "vieux papier" shows continue a slow decline and the venue of late gloomy with all the bad economic news. Nonetheless many of the dealers create excellent displays of their best material helping to make this one of my favorite shows in one of my favorite cities.

Above: a bright spot from the Oct '12 paper show when some of the lovely strippers from the Pink Paradise Club showed up at cocktail time. Sante demoiselles! 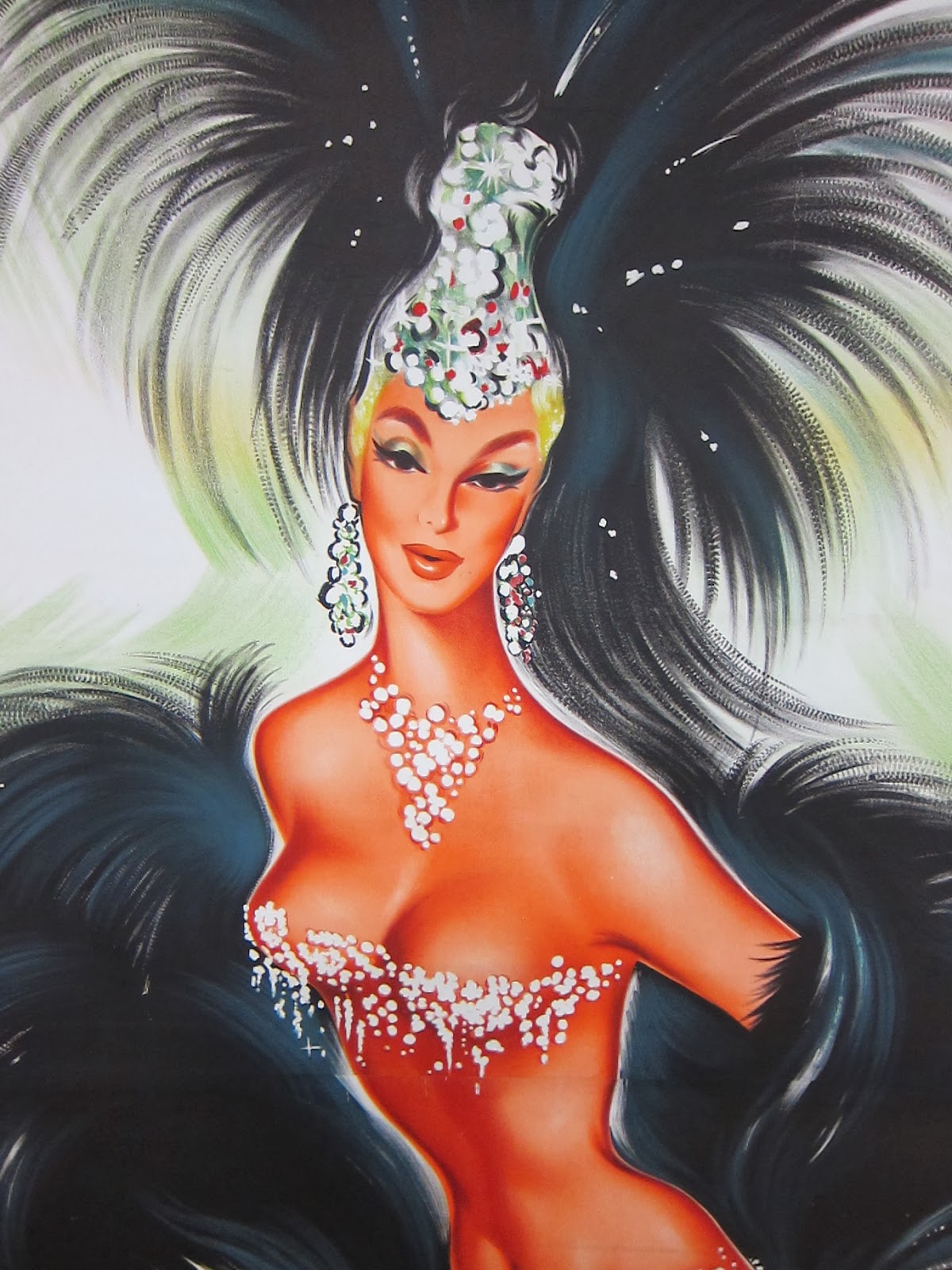 Brenot artwork for the Folies Bergere


Other salons, events and happenings in Paris: the 25th Anniversary Exhibition of Raw Visions magazine at the Halle Saint Pierre; the Paris premiere on the 19th of Jim Jarmuschs' latest film Only Lovers Left Alive a meditation on life, love, death and desire ~ arguably his best film ever; Robert Wilson (Einstein on the Beach) Living Rooms exhibition at the Louvre (run to that it closes on the 17th); at the Pompidou a huge, must see exhibition Plural Modernities 1905 ~ 1970 plus two other exhibitions of note: surrealisme and Frida Kahlo; the Musee d'Art Decoratif examines the career of designer Philippe Apeloig in Typorama as well as artist's books from Take Five Editions in the Ceci est un Livre exhibition which closes on the 15th. 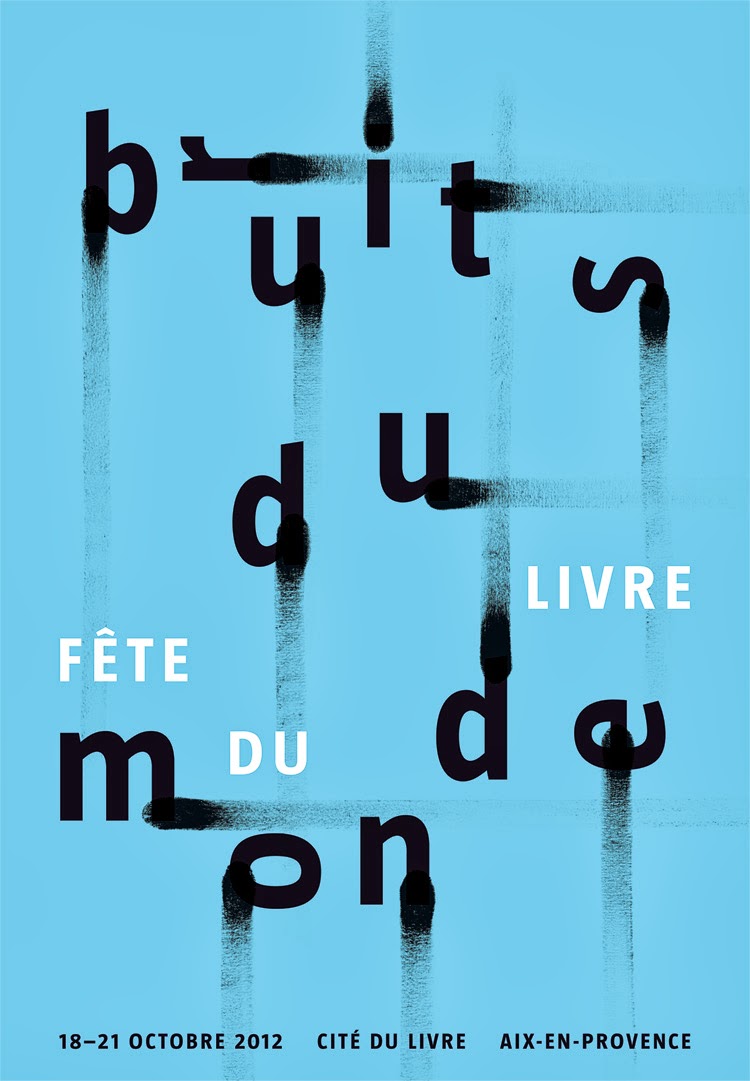