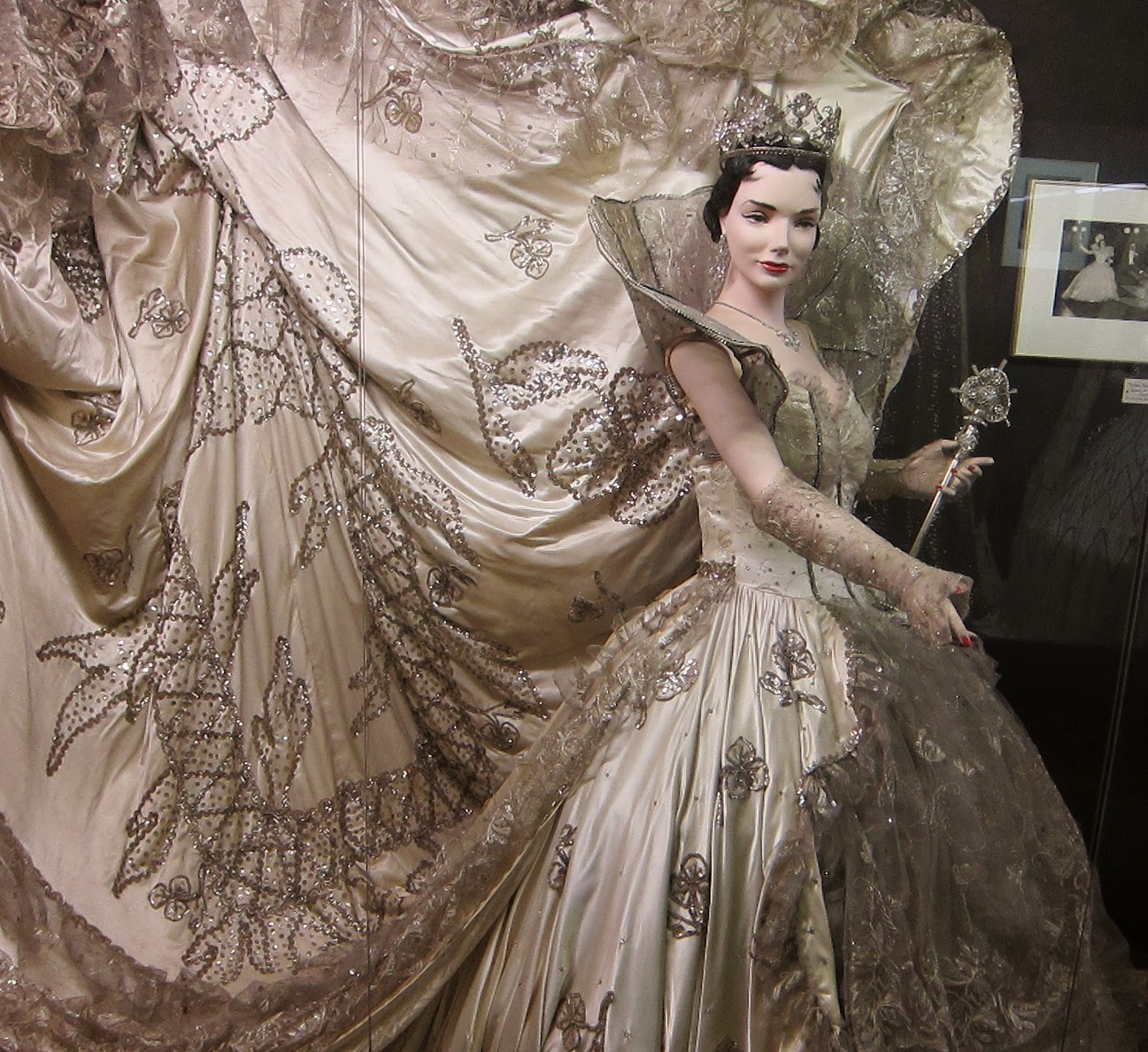 In New Orleans last weekend, one of the highlights of my visit besides the food, cocktails and music was a visit to the collection of Mardi Gras gowns housed on the second floor at the legendary Arnaud Restaurant. The collection spans 27 years and represents ball gowns created primarily for Germaine Cazenave Wells. Details about her and the collection at the end of the post. Not only were the gowns incredible but the entire presentation, created to museum standards, was impeccable, including the amazing mannequins with 1940s/'50s movie star faces. 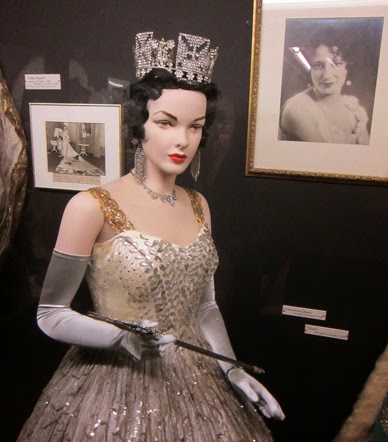 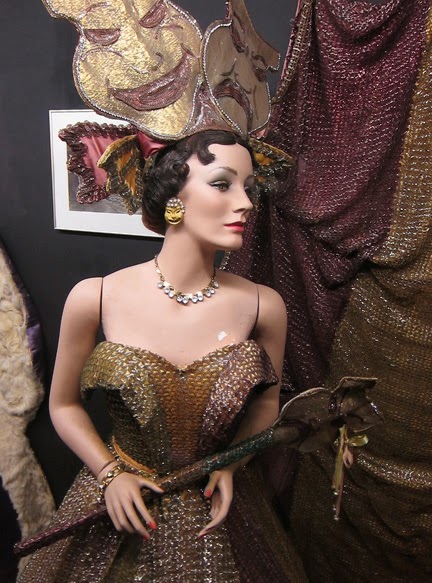 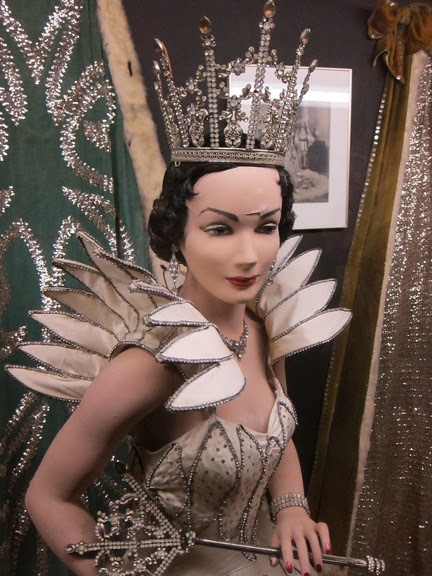 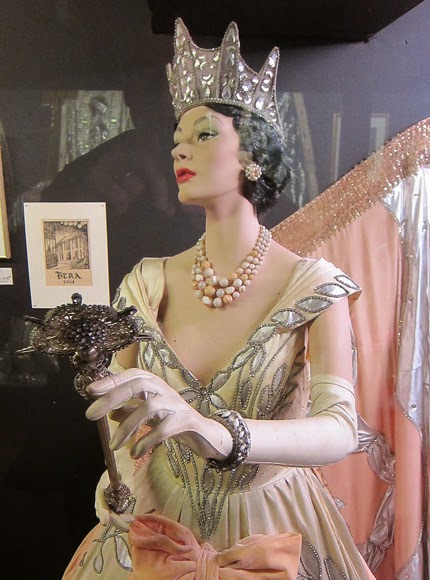 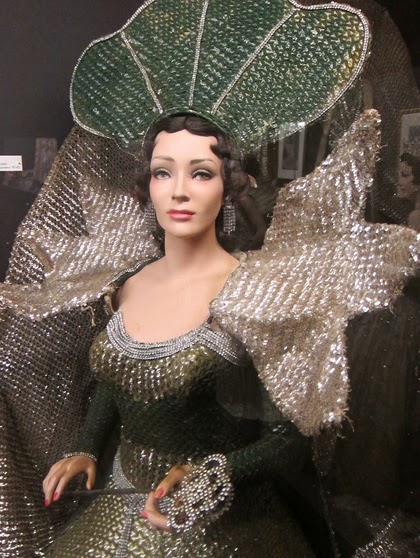 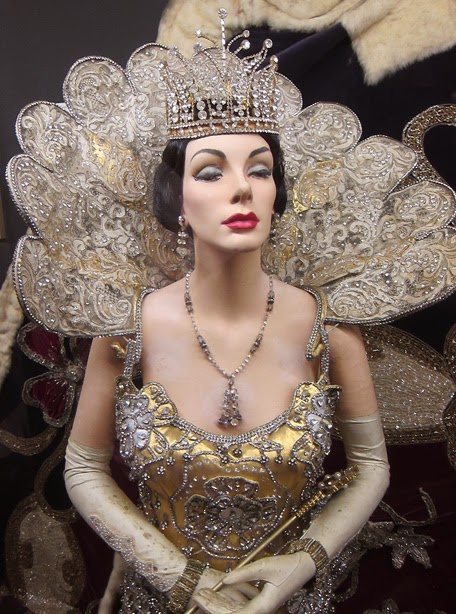 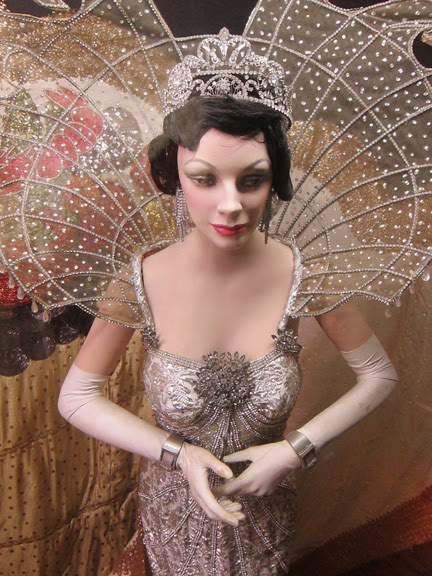 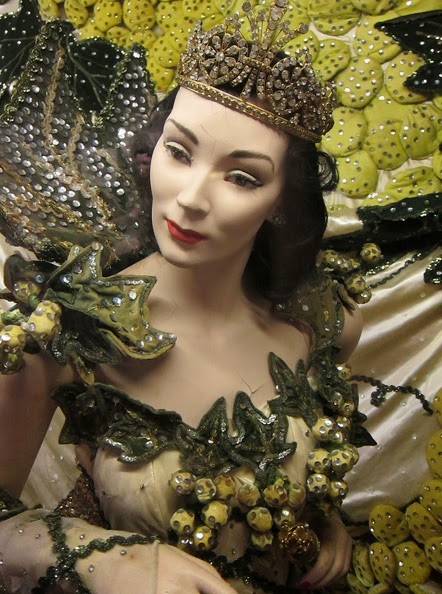 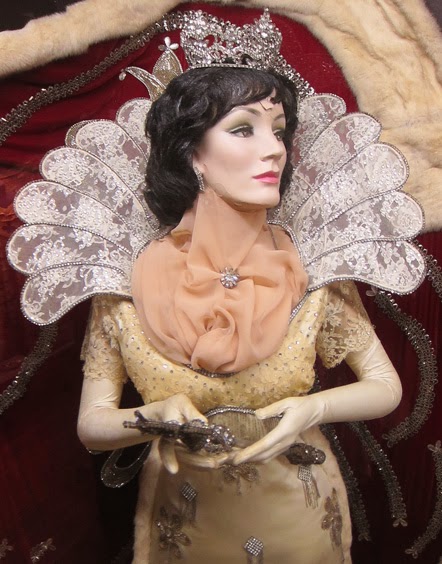 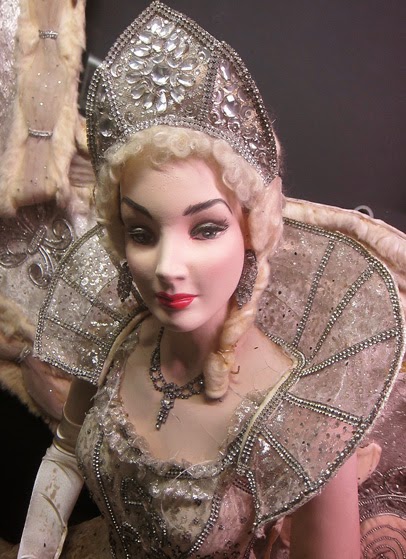 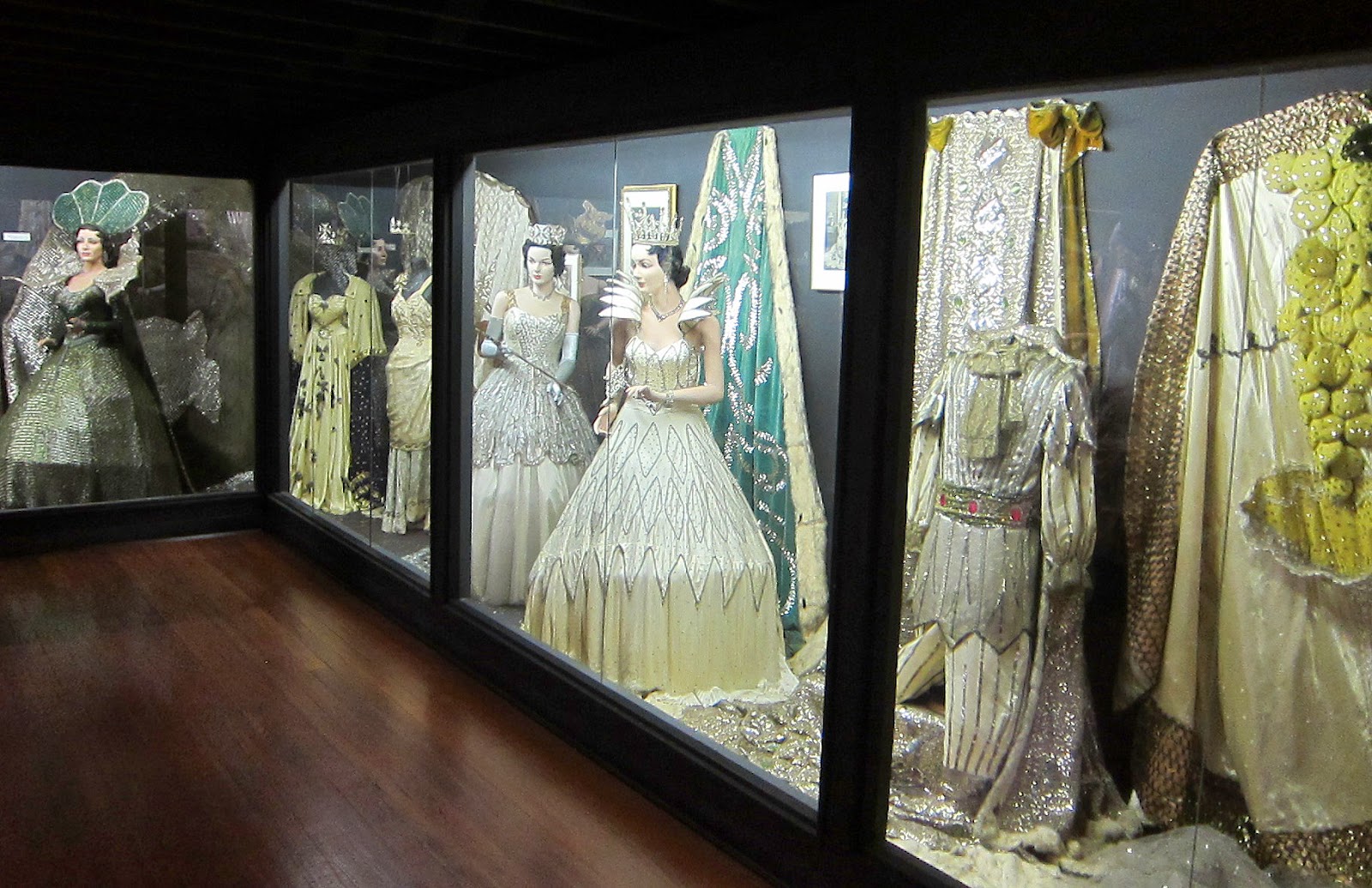 The Germaine Cazenave Wells Mardi Gras Museum, named for the successor and daughter of Count Arnaud, opened in the French Quarter restaurant on September 15,1983. Wells reportedly reigned as queen of over twenty-two Mardi Gras balls from 1937 to 1968, more than any other women in the history of Carnival. 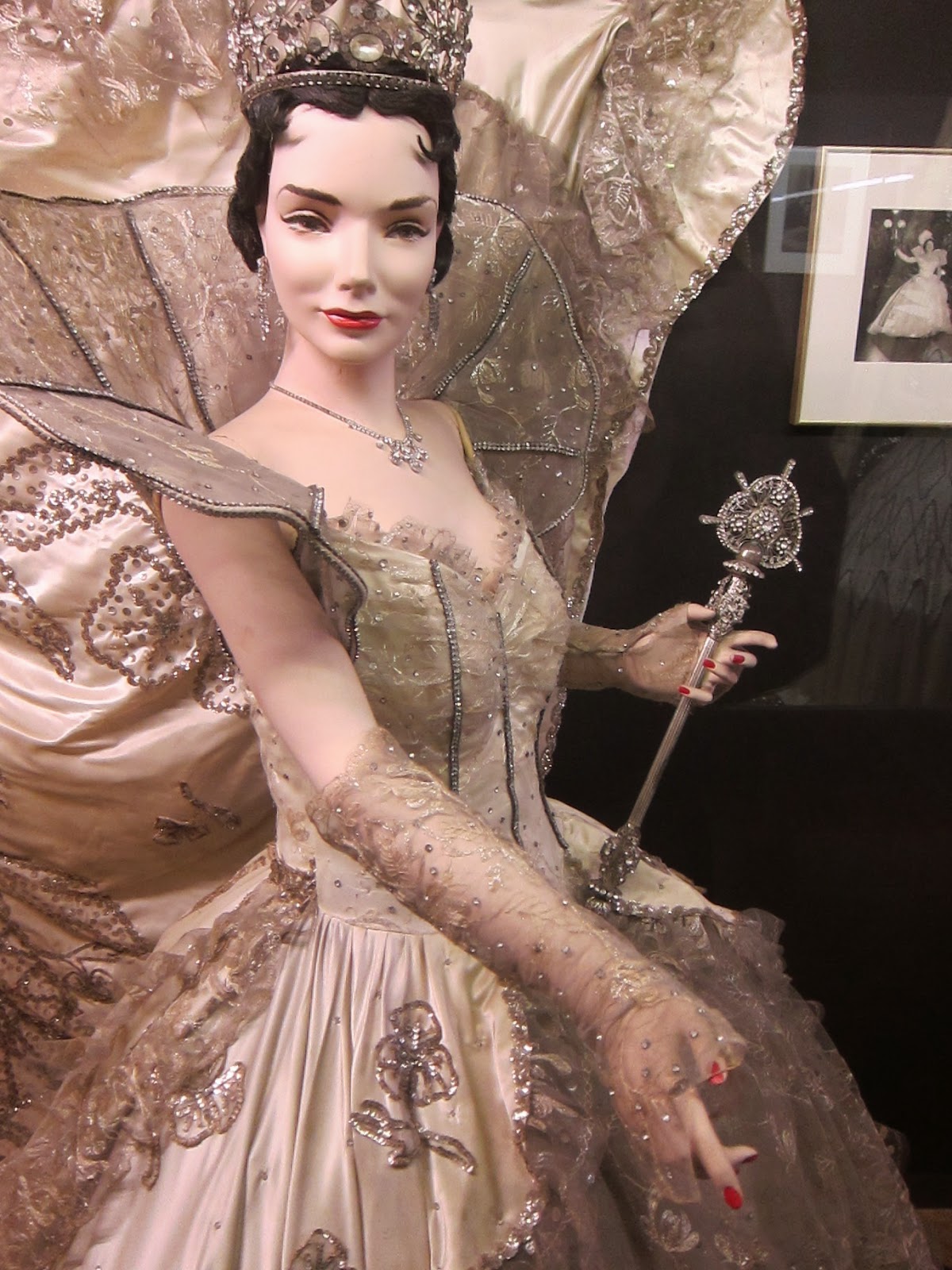 The museum brings together more than two dozen lavish Mardi Gras costumes, including thirteen of Mrs. Wells’ queen costumes, one of her mother’s and one of her daughter’s, as well as four king’s costumes worn by Count Arnaud, (whose title was entirely local and honorary) and six children’s costumes.

The oldest costume in the exhibit, Germaine’s Empress gown, was worn by Germaine’s mother, Lady Irma, in 1941. As the Queen of Iris, she portrayed “Good Queen Bess.” The most recent gown is Germaine’s as Queen of Hera, 1968.