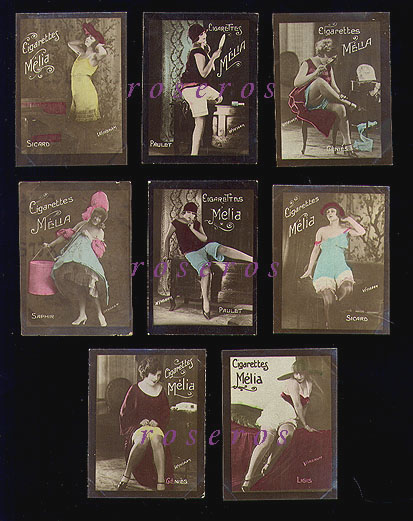 One of my earliest and most popular posts is Cigarette Cards from December, 2010. Sifting through my digital archives I segregated another substantial group and that calls for a second look at these wonderful miniature photos. 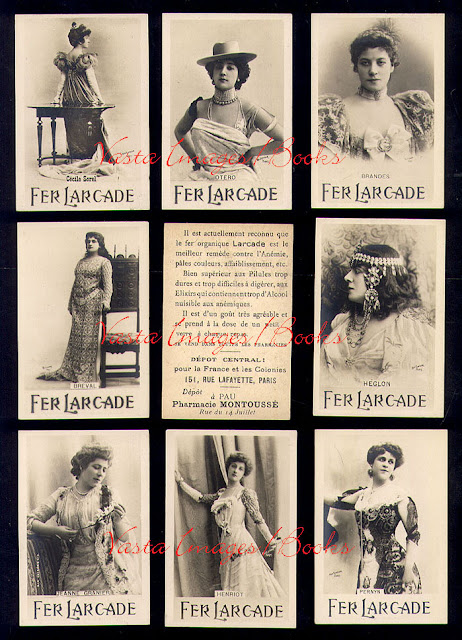 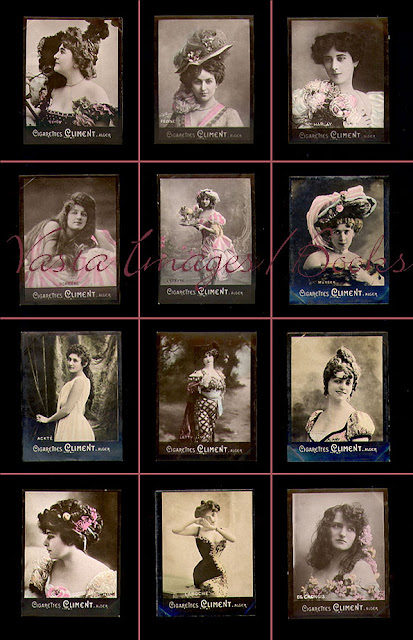 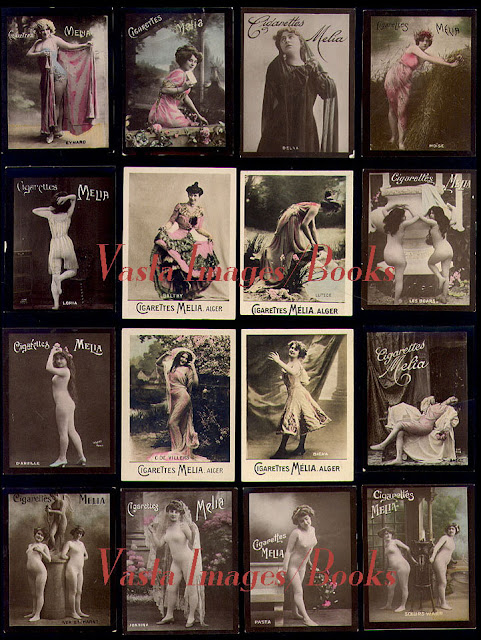 Two scans above from Melia and Clement, circa 1905~1915, some are hand-tinted, including French music-hall stars. 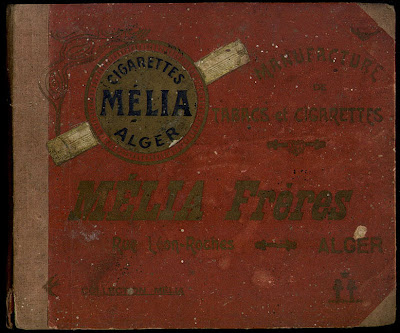 Original, circa 1910, collector's cigarette card album published by Melia. The exterior of the album and the binding are worn and soiled but the pages and cards (see below) in
very good condition. 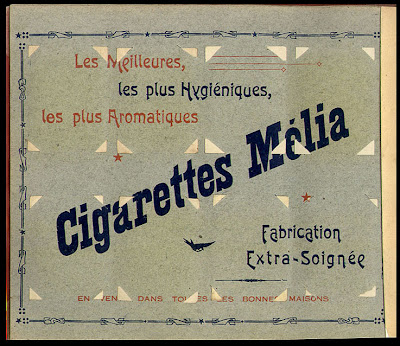 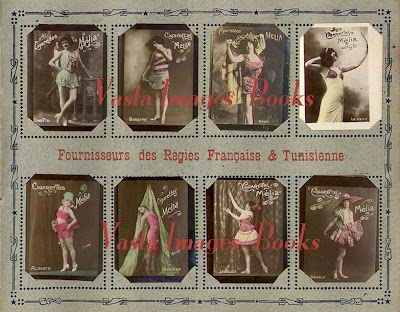 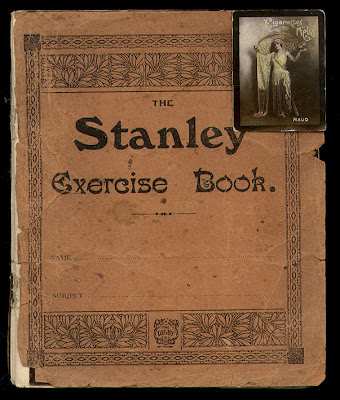 A circa 1900 writing tablet made into a cigarette card album. Unfortunetly the cards were pasted in, however it includes some very nice, unusual examples of hand-tinted Melia cards. See the two following scans. 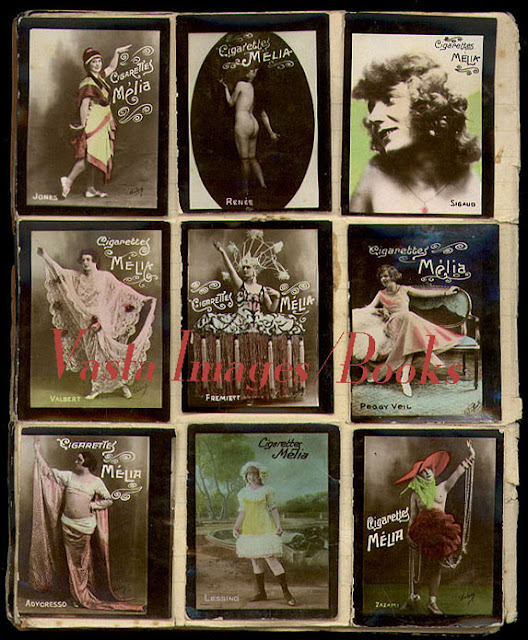 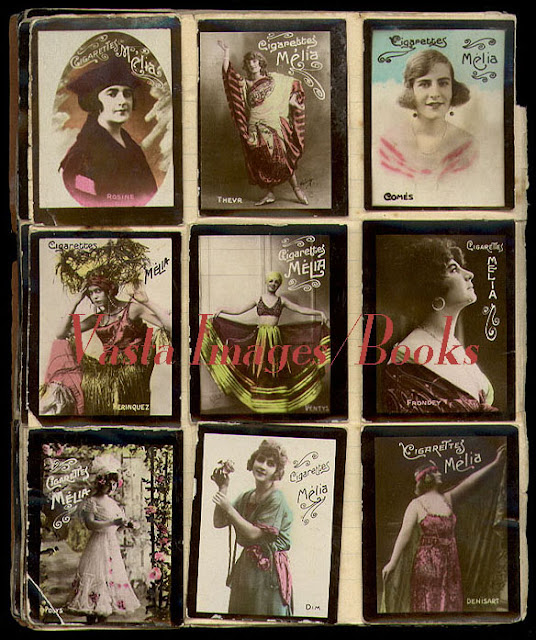 _____
An anomaly in the cigarette card genre are seen below. The three following scans are large format 8" x 10" photographs published in Cuba, circa mid-1920s of cabaret performers/dancers. Rarely seen in this large format; published by TrinidadyHno for their Cigarros Exquisitos. 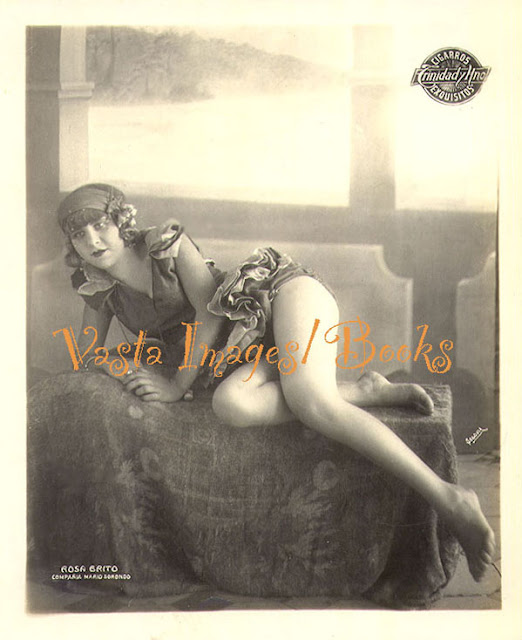 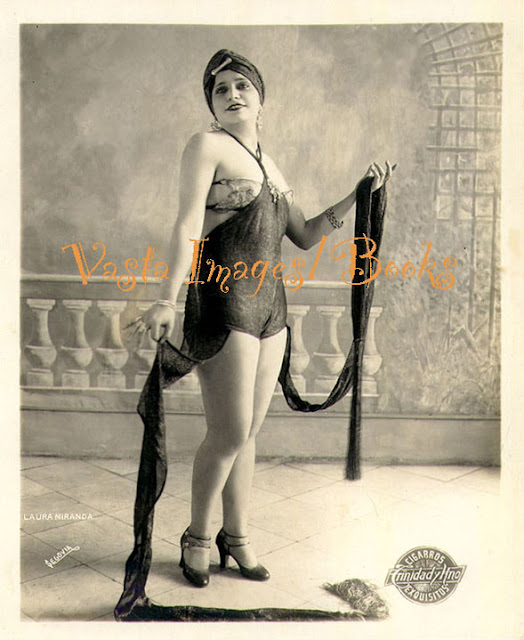 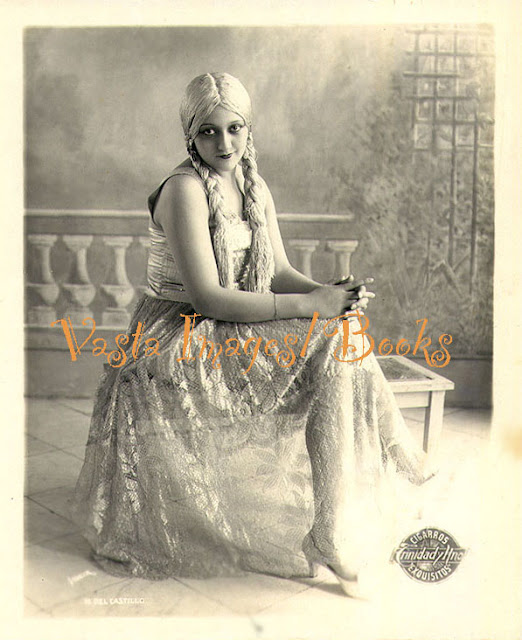 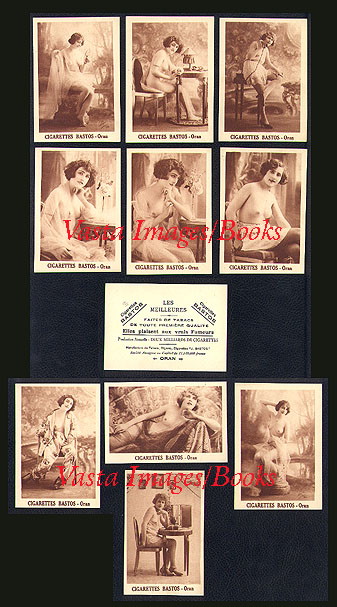 Above and below: unusual, sepia toned, Bastos cigarette cards printed by gravure from two different series, circa 1920s; includes nudes rarely seen on these cards. 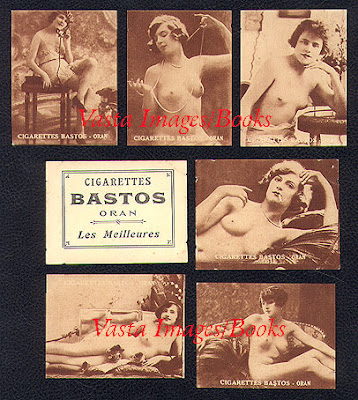 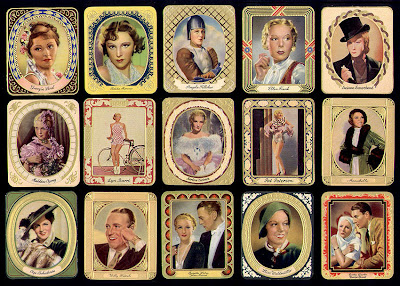 (above and below) Two scans showing 27 cards of actors and actresses
from the Moderne Schonheits Galerie series, circa 1933.
Published by Kur Mark, the series is comprised of 300 cards.
One of the most elaborately designed and beautifully produced cigarette card sets ever made with amazing embossed borders and impeccably printed, color-ized photo portraits. Cards measure 2" x 2.5" 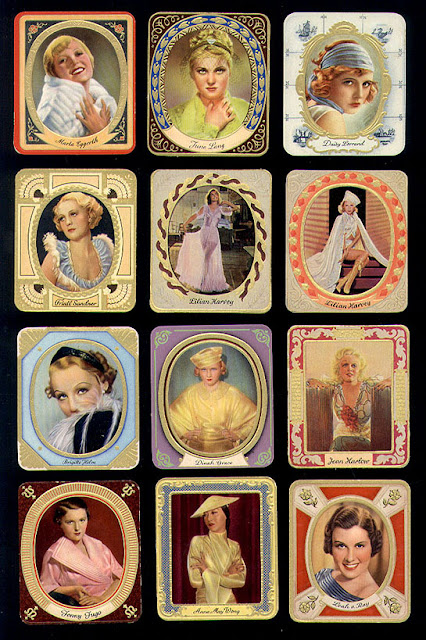 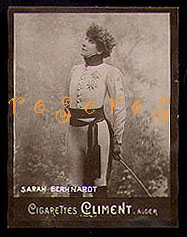 Sarah Bernhardt circa 1905
Posted by Joseph Vasta at 3:01 PM