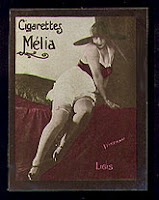 Cigarettes cards appeared for the first time as a premium in the United States, circa 1875.
It was in the U.K. in 1887 that W.D. & H.O. Wills began including advertising cards with their cigarettes. Other cigarette producing tobacco companies soon followed suit and by the turn-of-the-century the cigarette trading card was quite common and collectible. By the 1920s the cards became so popular that the cigarette companies and "aftermarket" vendors starting making albums to hold the cards, usually produced in thematic, numbered sets of 20, 50 or 100. 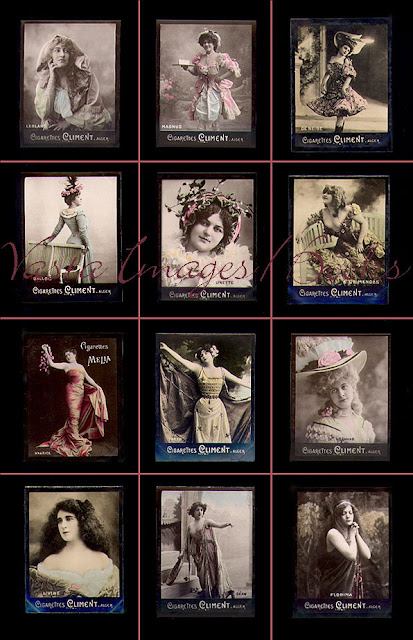 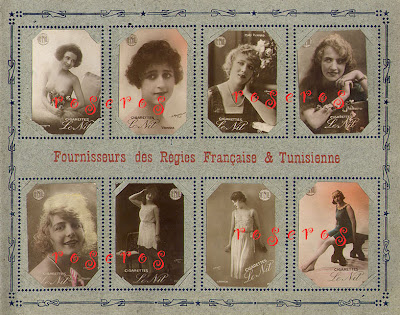 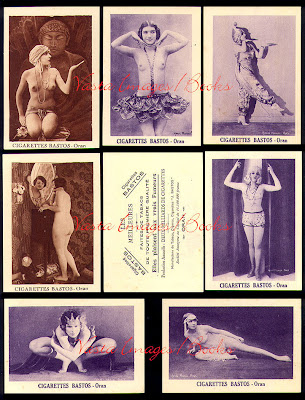 Cigarettes Bastos, Oran (Tunisia), circa 1925
Beautifully printed in toned gravure, nude and risque
images of performers
___________
The German cigarette companies followed suit with cigarette card sets and albums of their own. Not only were they aware of what the English cigarette companies were doing but also of two major German companies, Stollwerck (chocolate) and Liebig (beef extract/bouillon), both of which created beautiful and pedagogical collectible trade cards as premiums. Liebig began issuing its cards in 1872; Stollwerck a bit later, circa 1890s. Stollwerck's name as a chocolate maker, known worldwide, was guaranteed at the 1893 World Colombian Exposition in Chicago where, the 38 foot high, 15 ton Stollwerck pavilion (below), replicating a Renaissance temple, was constructed completely of chocolate. 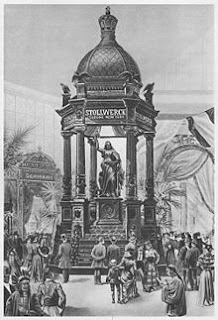 With the creation of German cigarette cards in the late 1920s/early 1930s, the focus was on the international cinema and the actors and actresses that starred in them. Soon after cigarette cards were being used to tell the story of the rise of national socialism, the history of the German people, the Olympic Games of 1936 in Berlin, modern dance, the circus, German vaudeville (variete) and much more. 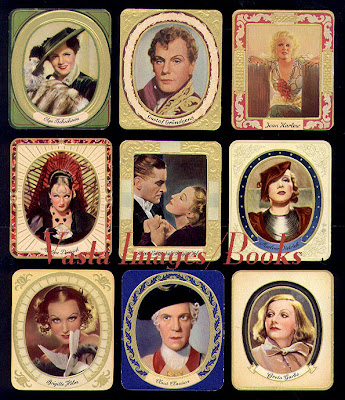 (above and below) Two illustrations showing 21 cards of actors and actresses
from the Moderne Schonheits Galerie series, circa 1933.
Published by Kur Mark the series comprised 300 cards.
One of the most elaborately designed and beautifully produced cigarette card sets ever made with amazing embossed borders and impeccably
printed, color-ized photo portraits.
Cards measure 2" x 2.5" 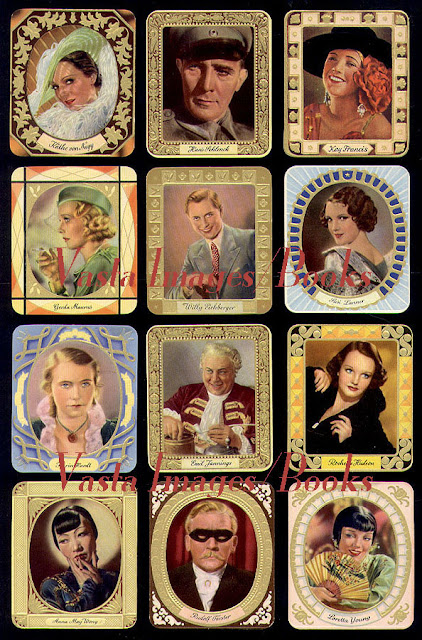 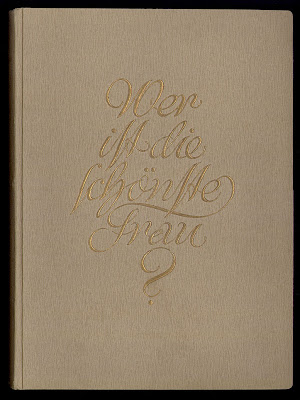 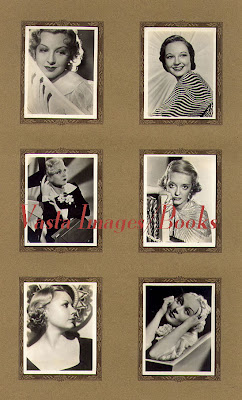 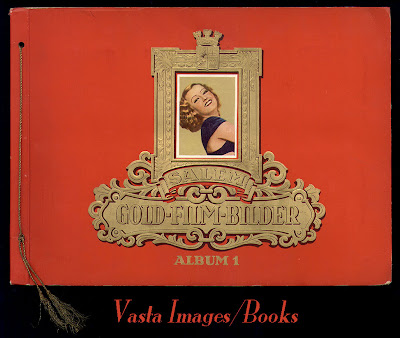 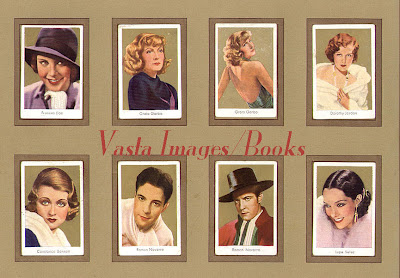 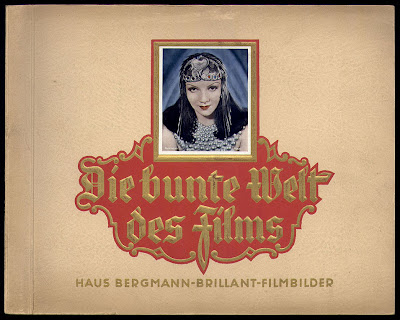 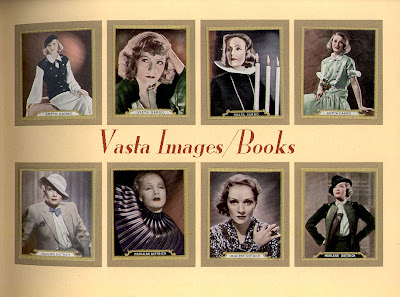 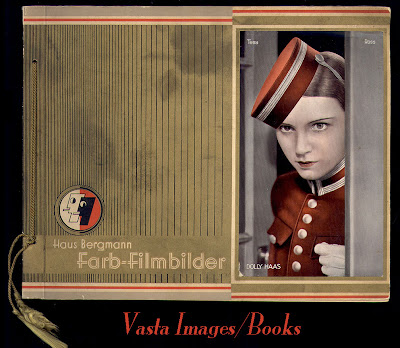 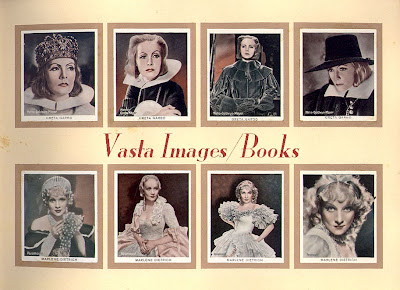