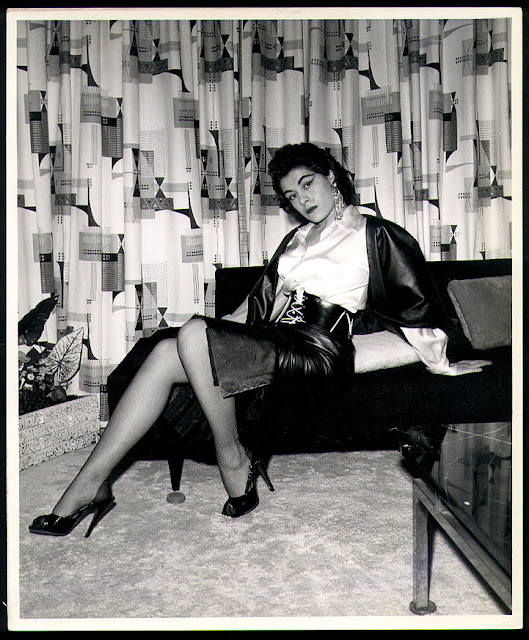 A colleague contacted me a few years ago and spoke of an exceptional stash of fetish magazines and photographs that was unearth in the Bronx. The owner, I was told, was the brother of the deceased and when he arrived at his brother's apartment, which he had not been to in many years, the place was filled with all kinds of old paper including periodicals and photographs published by Irving Klaw and Burmel/Selbee (Exotique magazine). It's not that unusual a story in the trade, but unfortunately for me, this time, I missed the boat for the majority of the material. However, I did get the chance to eventually serve as "undertaker" for the remnants, pitched into boxes on the floor of an overheated warehouse. It was severely pick-over and by this time, what ever was worthwhile, was overpriced. 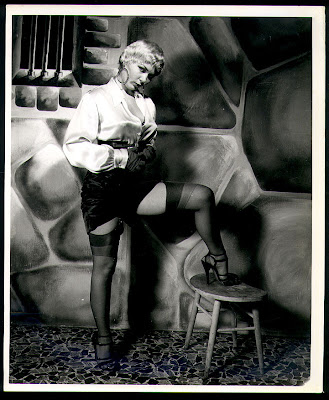 The reward at the end of the long trip out to Long Island to look at the material was a small box filled with 8" x 10" photographs which almost went unnoticed. Inside was a group of exceptional high quality prints made for Exotique magazine, late 1950s/early 1960s. As presented here it obviously matters little to the viewer the size of the original photographs. The double fold impact of the photographs, and the more important aspect of this post, is the rarity of these images appearing as original photographs in any format. 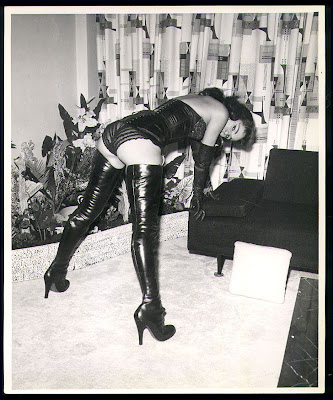 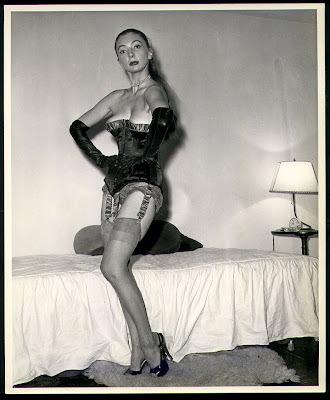 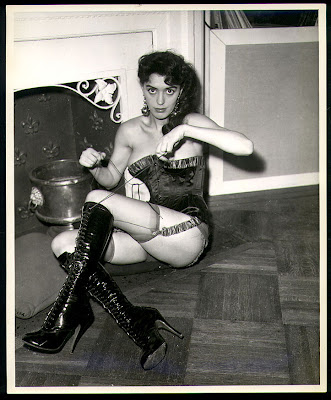 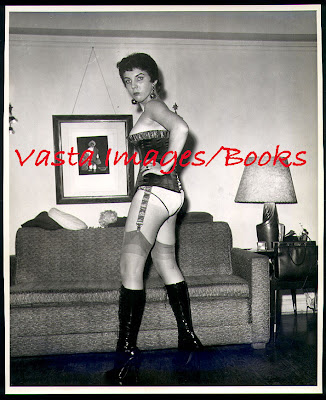 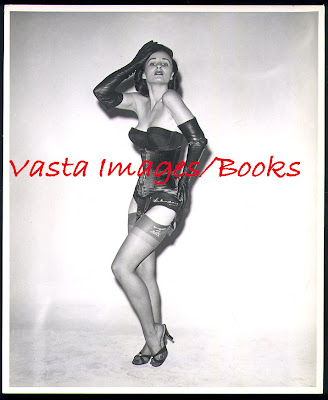 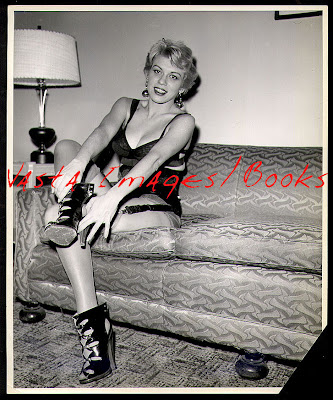 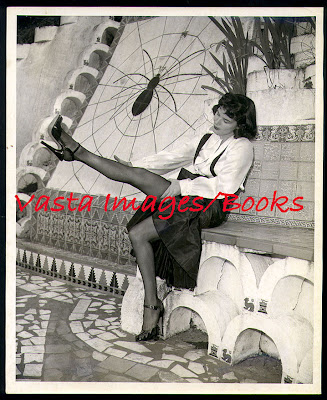 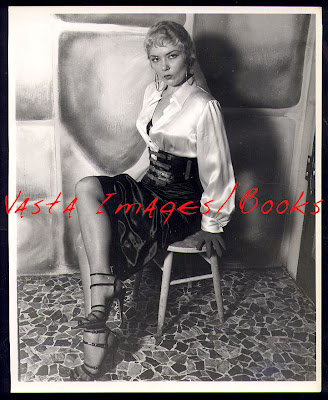 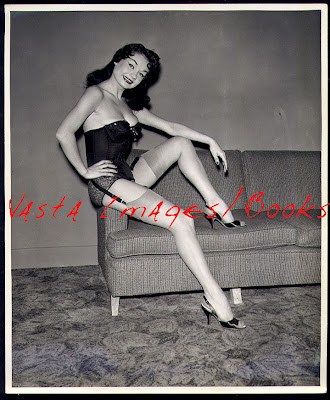