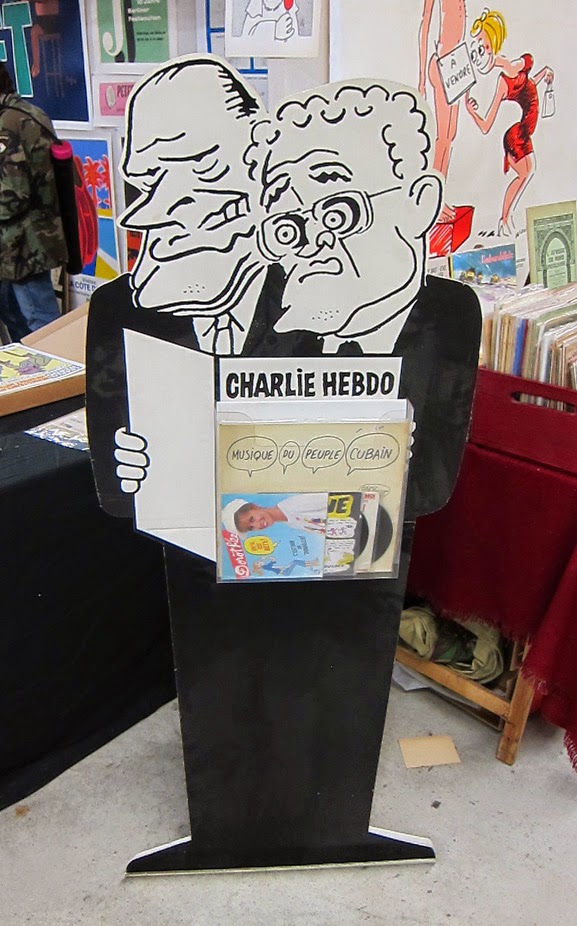 Back in Paris for the February paper show at Champerret there was a special exhibition hastily put together by one of the dealers, Philippe Grosjean. It took a brief look at the history of French illustrated satirical journals starting in the 1860s with L'Eclipse through to the present day with the main focus on Charlie Hebdo. Although the installation of the exhibition was basic and quickly pulled together it was very well done, presenting the generational influences over 150 years that have brought illustrated satire to the forefront in free speech discussions through out the world.

No matter what you think of Charlie Hebdo, its right to exist is essential, more so than ever, after the events surrounding the terrorist attacks in Paris in January. It was well represented amongst the "generalist" paper dealers with everything from single copies to massive piles of Charlie, Charlie Hebdo and it's predecessor, Hara-Kiri. For a history of these publications go here. 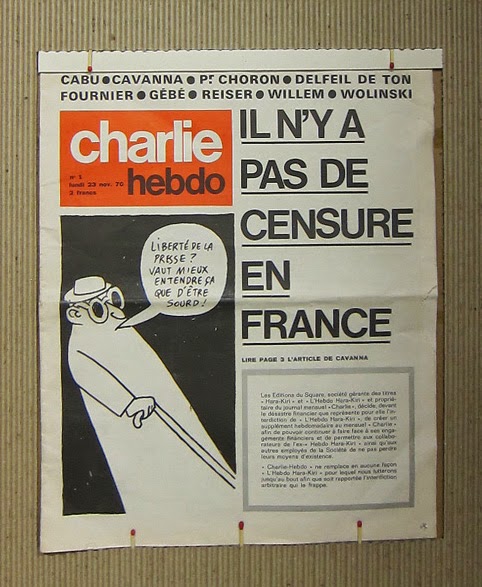 The first issue November 23, 1970. Note the match sticks used to hold the magazines in place in the corrugated cardboard mount! 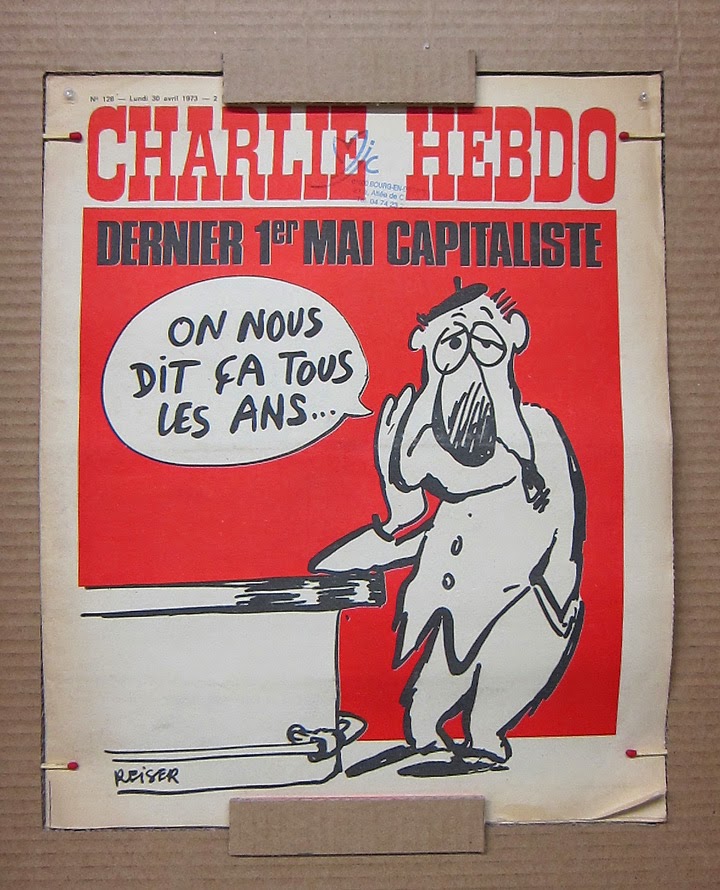 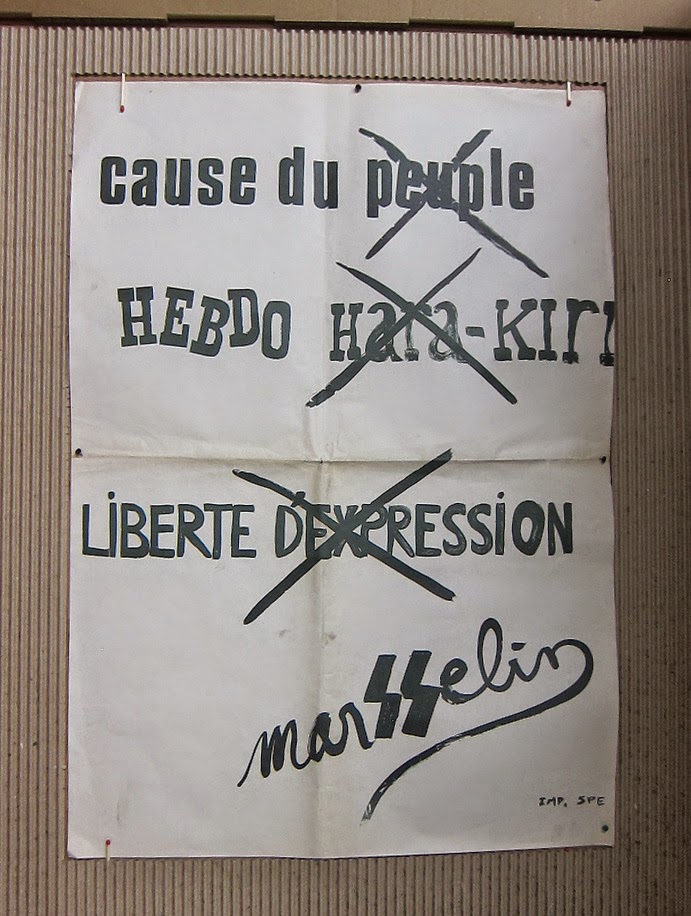 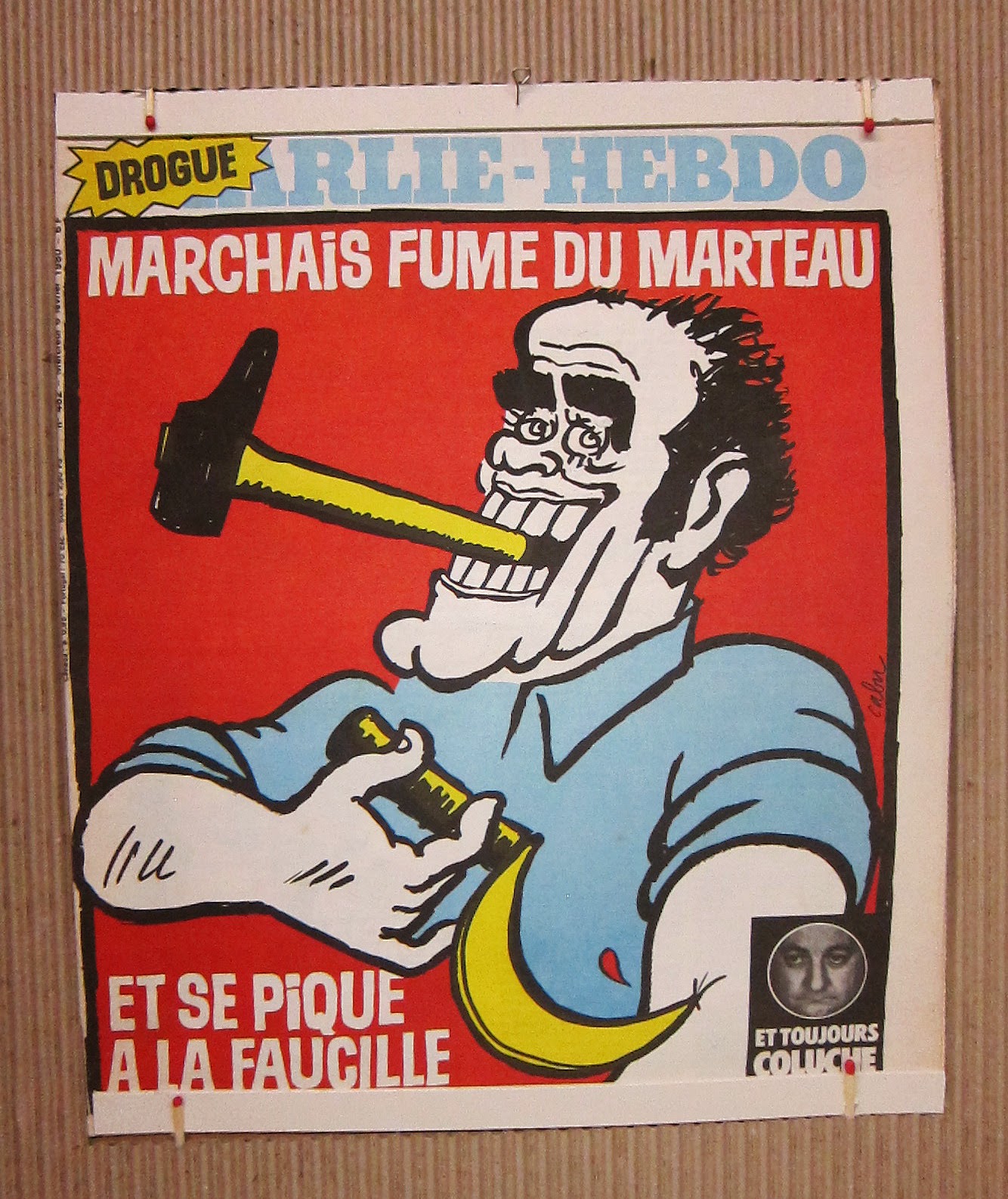 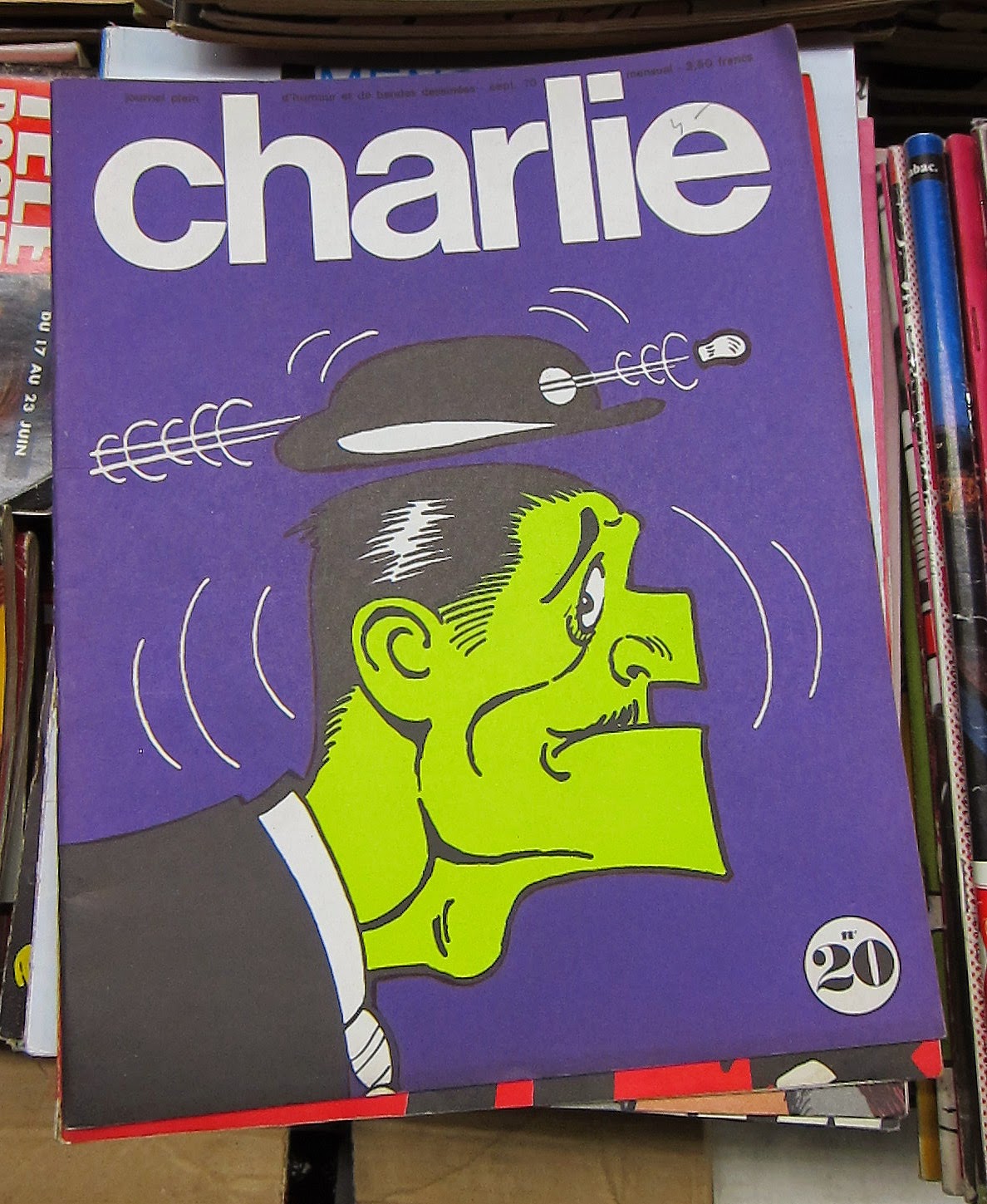 Charlie was the predecessor to Charlie Hebdo and featured syndicated comic strips from a wide spectrum of newspapers, focused primarily on American serials. The title of the magazine, taken from Charles Shultz's Charlie Brown, featured Snoopy, posed on the roof of his dog house, on the cover of the first issue. Above, Chester Gould's Dick Tracy on the cover of issue 20.

Seen at the fair the (un)usual mix of old paper, posters, books, postcards and original artwork spread around the very large exhibition space, which once again saw a drop in the number of dealers. It is the way of most collectible fairs with ever decreasing attendance by both sellers and buyers. I for one love this show and wouldn't miss it!! 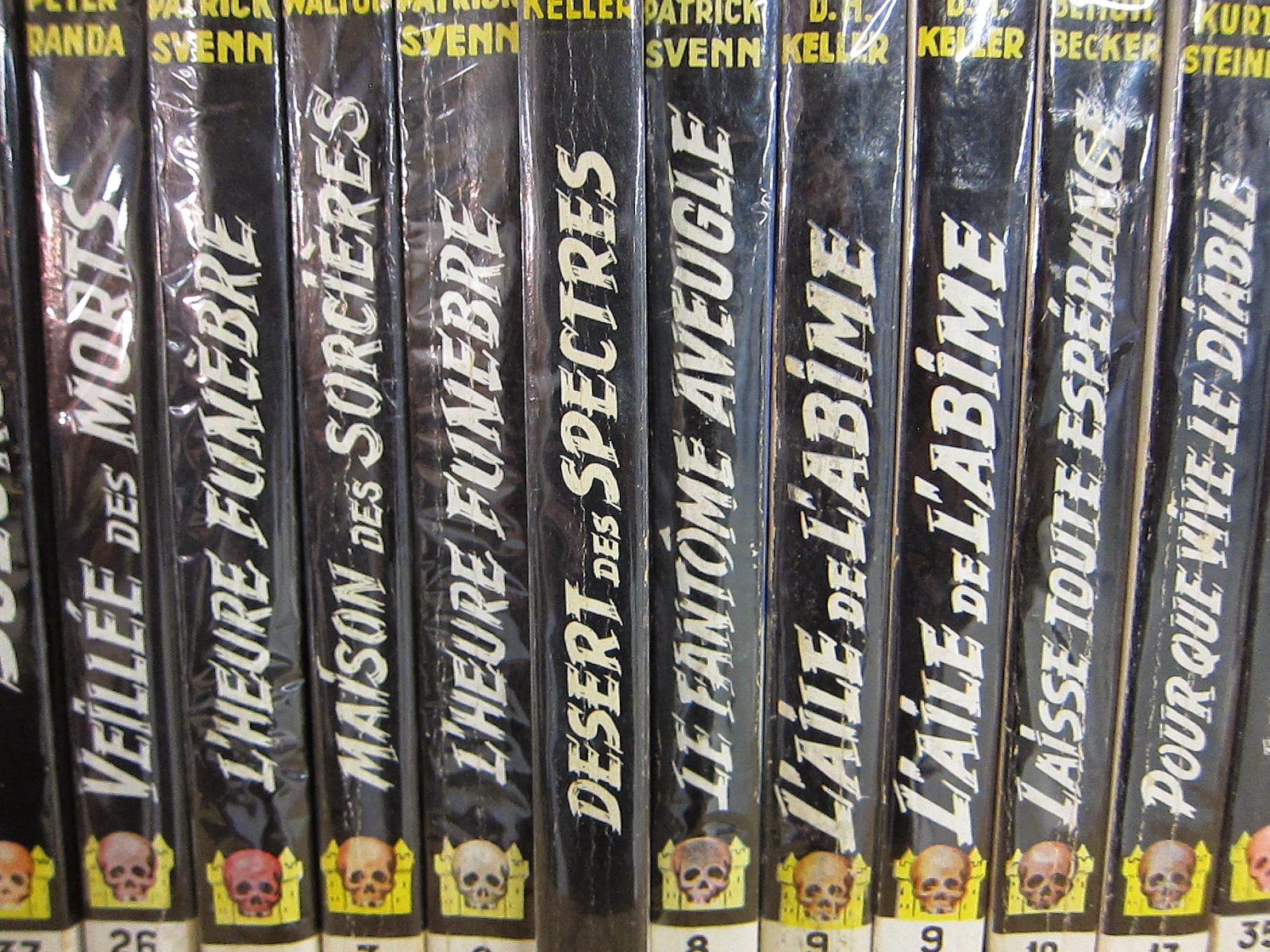 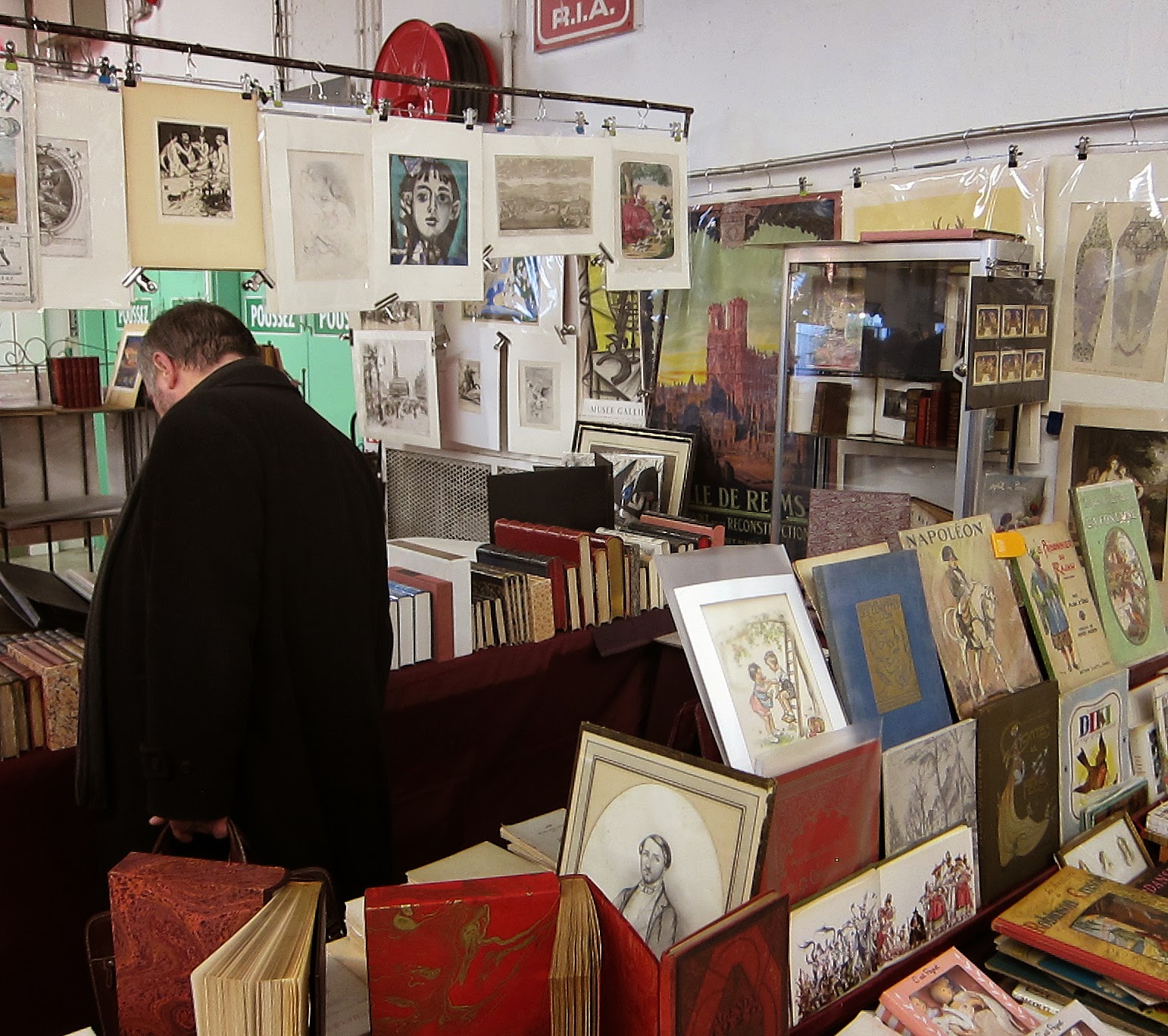 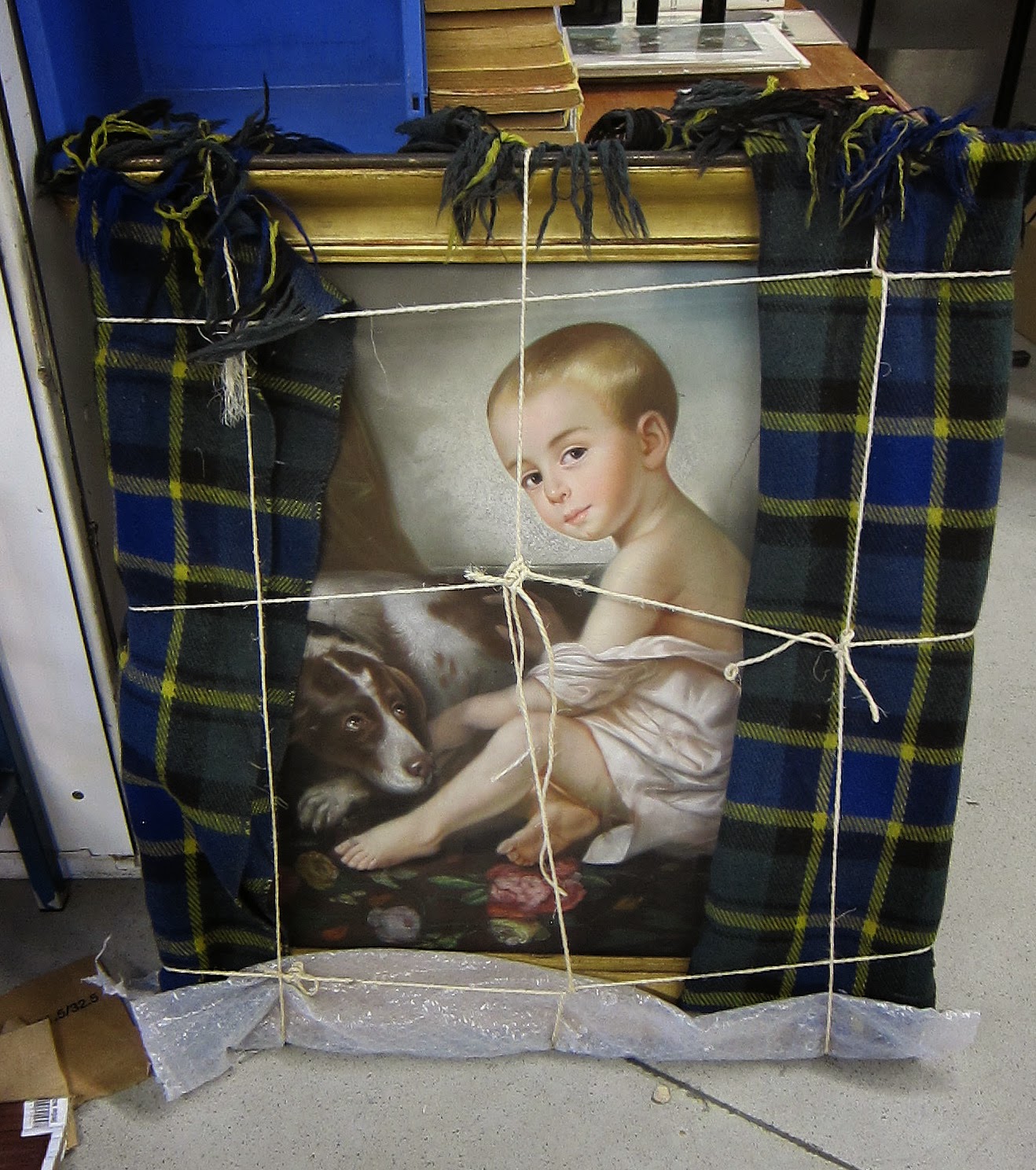 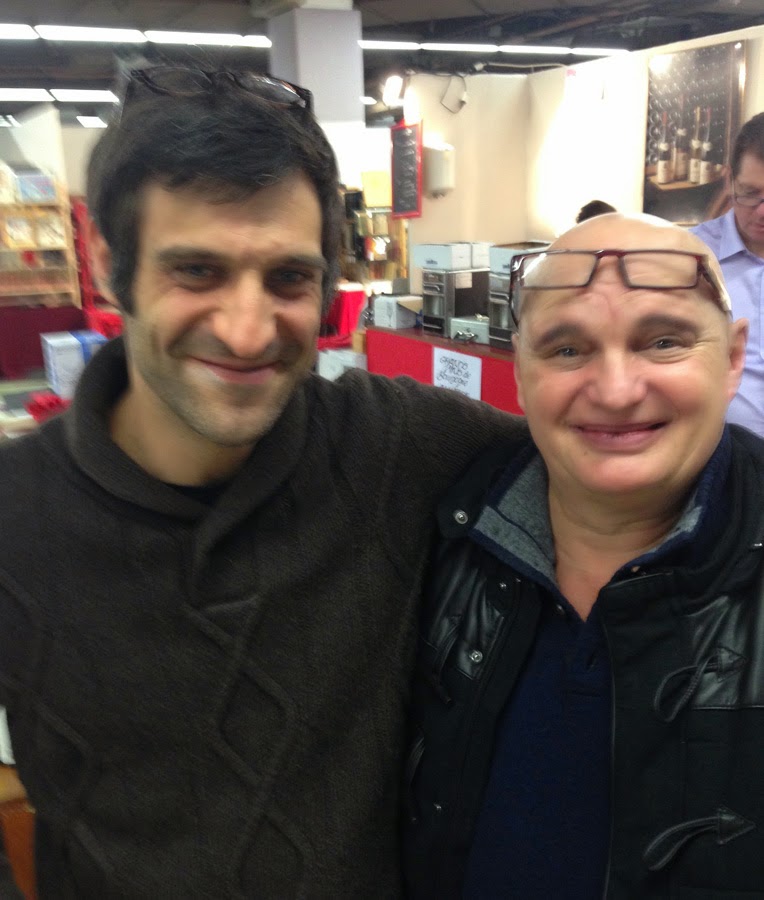 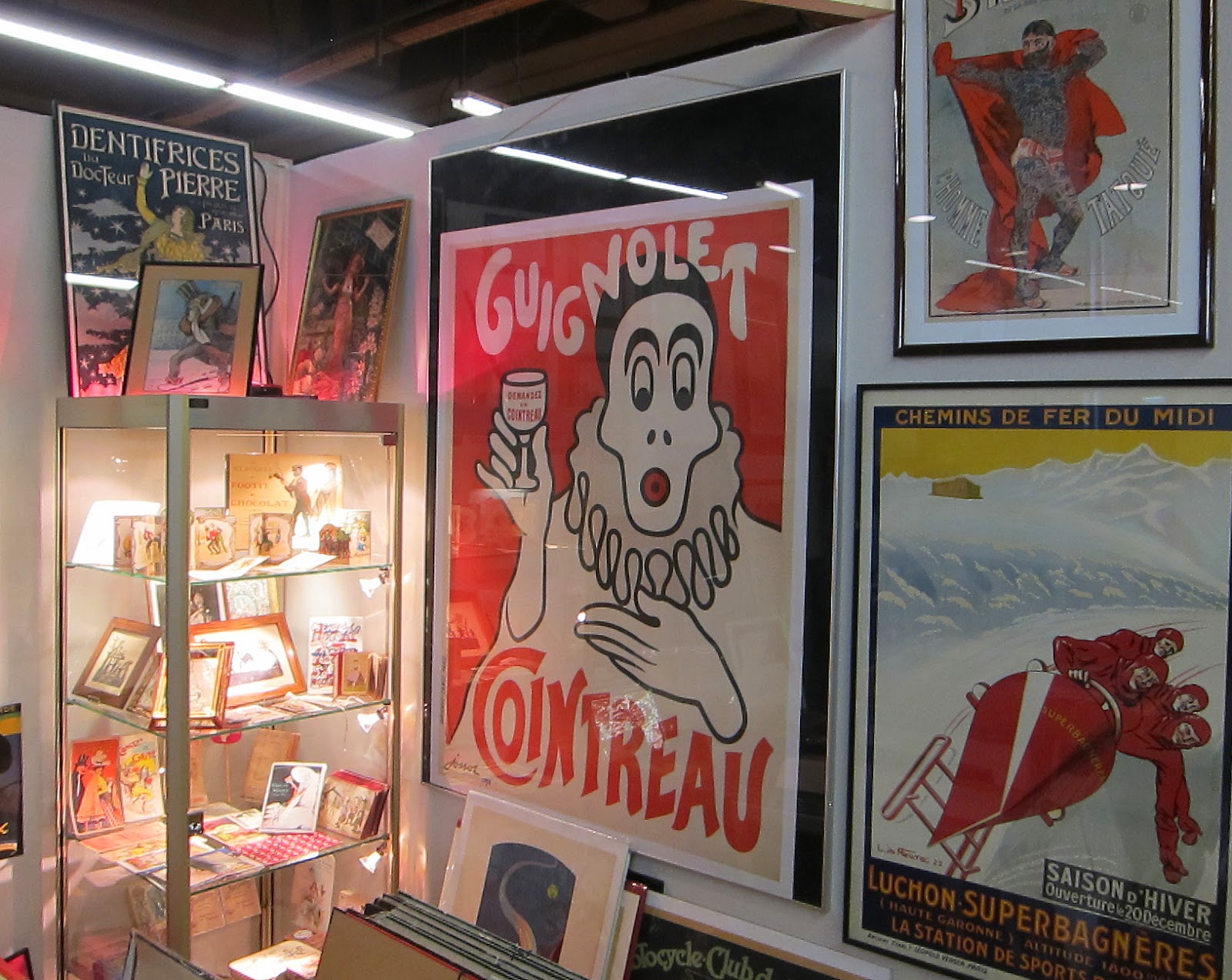 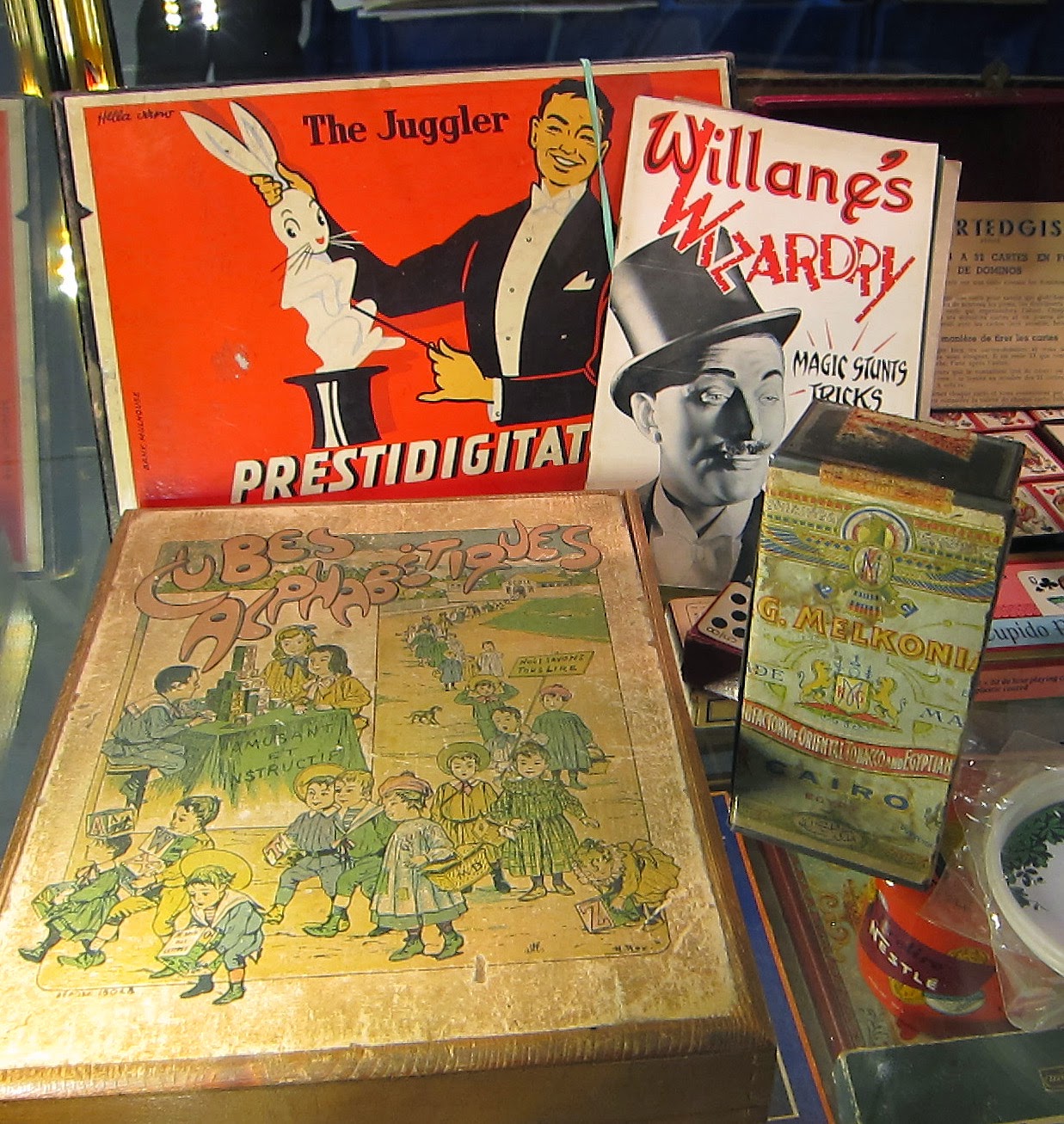 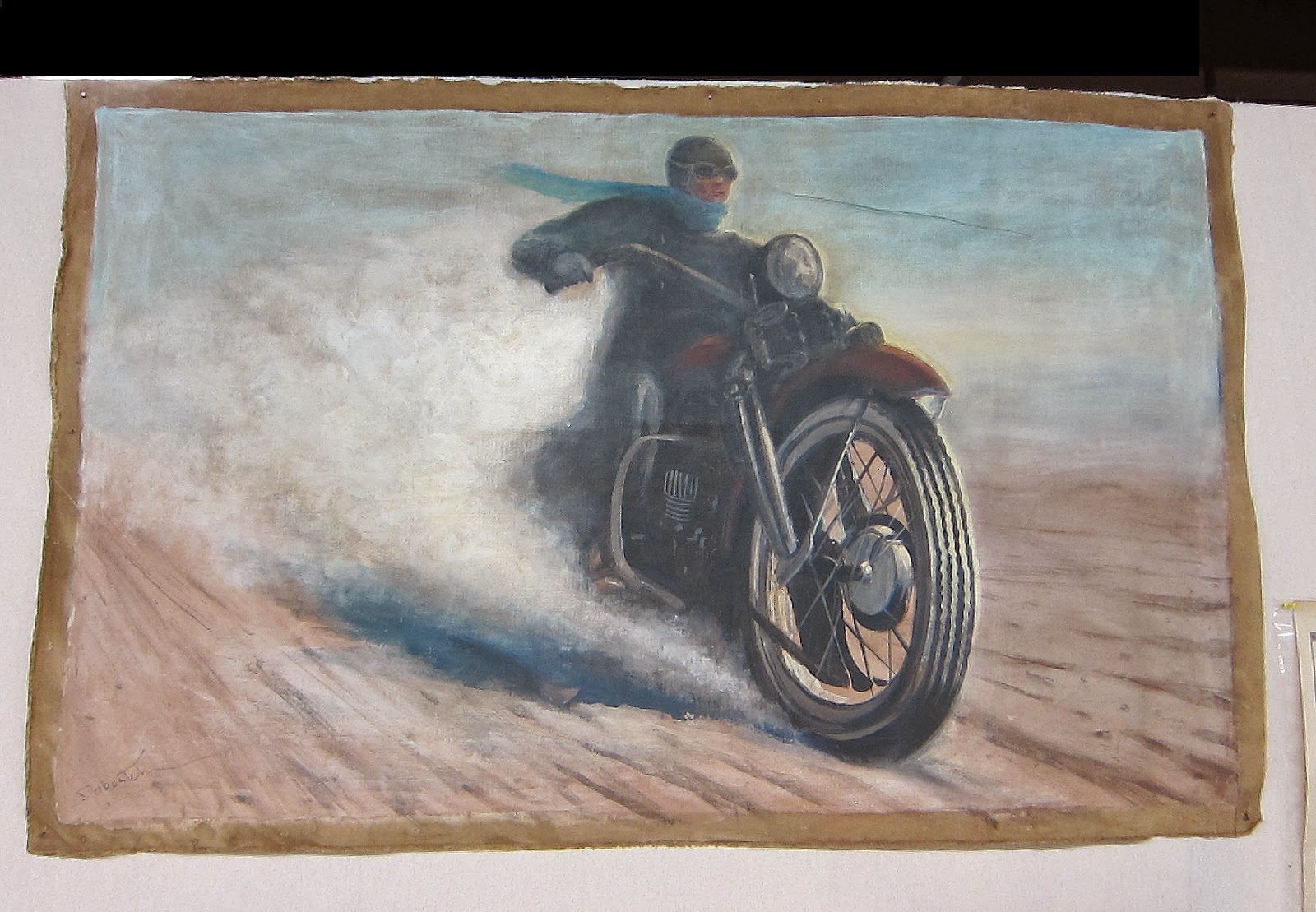 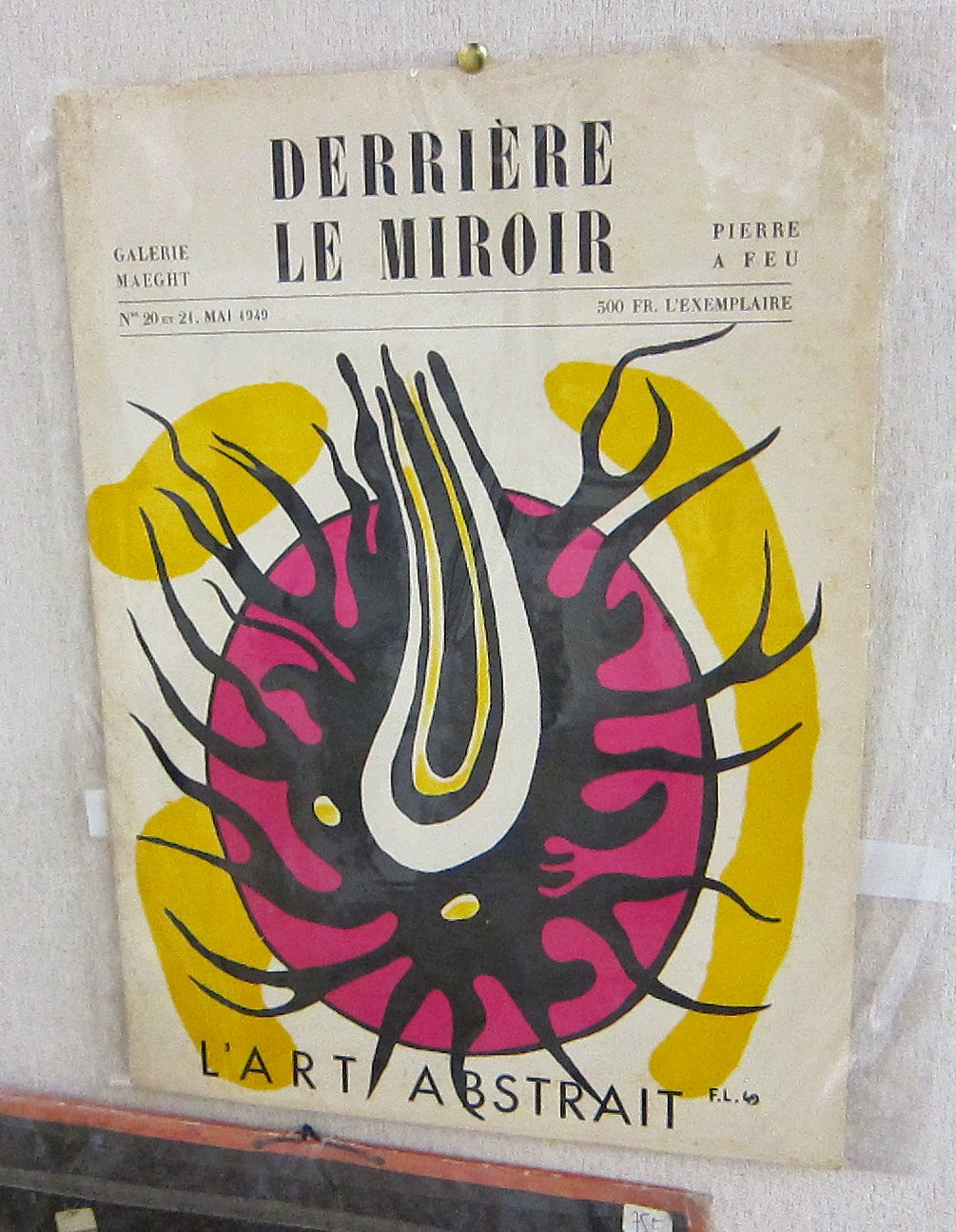 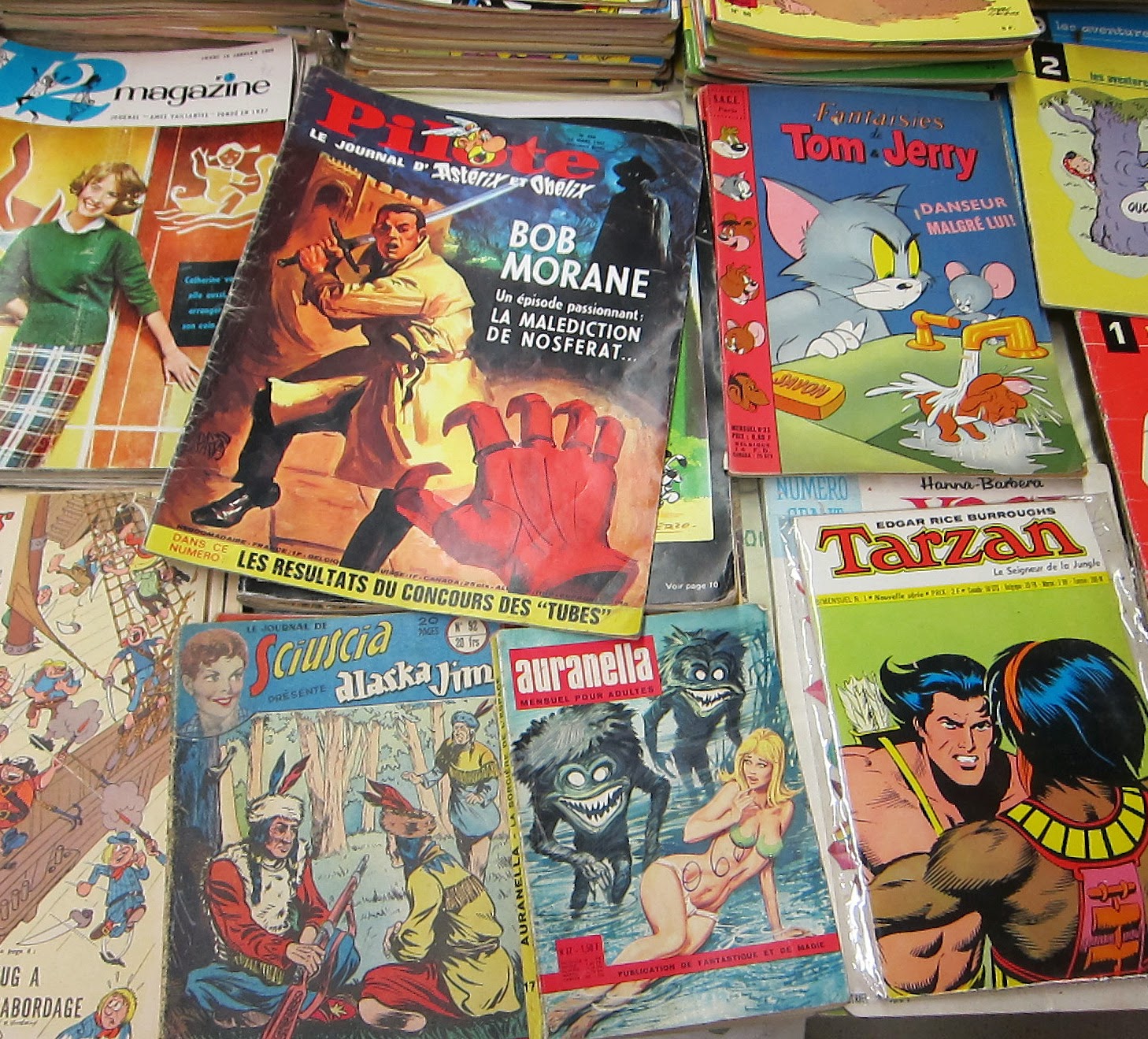 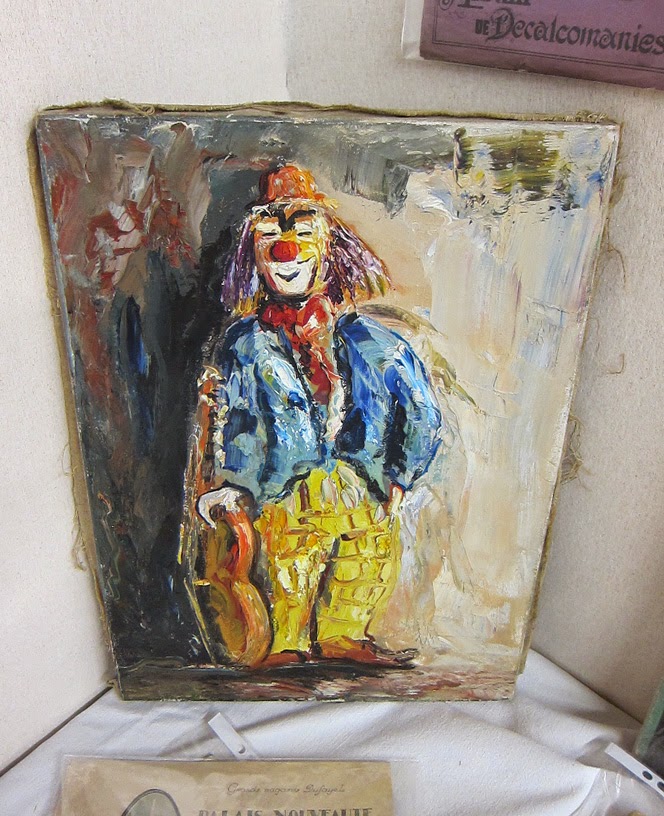