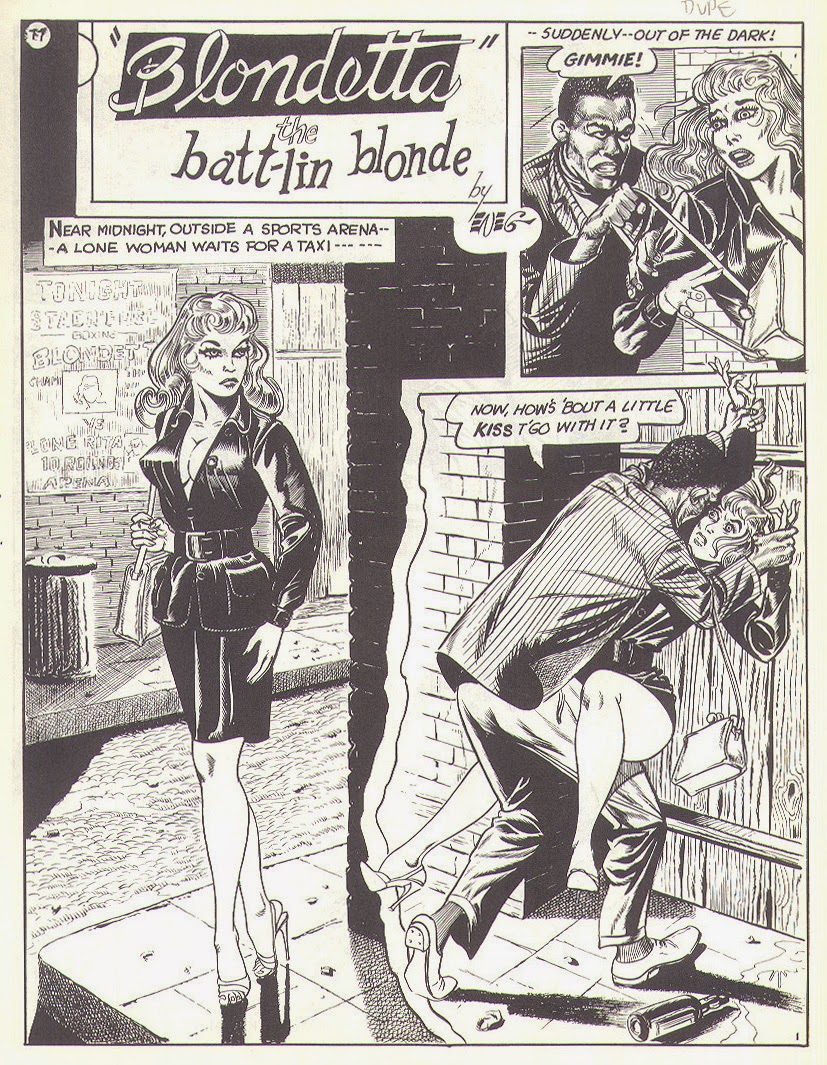 Gene Bilbrew (aka Eneg) is best known for the fetish and bondage illustrations he created for Exotique magazine as well as Irving Klaw's Nutrix publications. One of the rarely seen publications that both he and Eric Stanton contributed to was a series of four-page, comic book like, black & white publications published by Peerless Sales. The series, including over 200 different titles, was published in New York City, mid-to-late 1950s. No details on who Peerless Sales was, however my gut suggests that Stanton may have been the publisher. 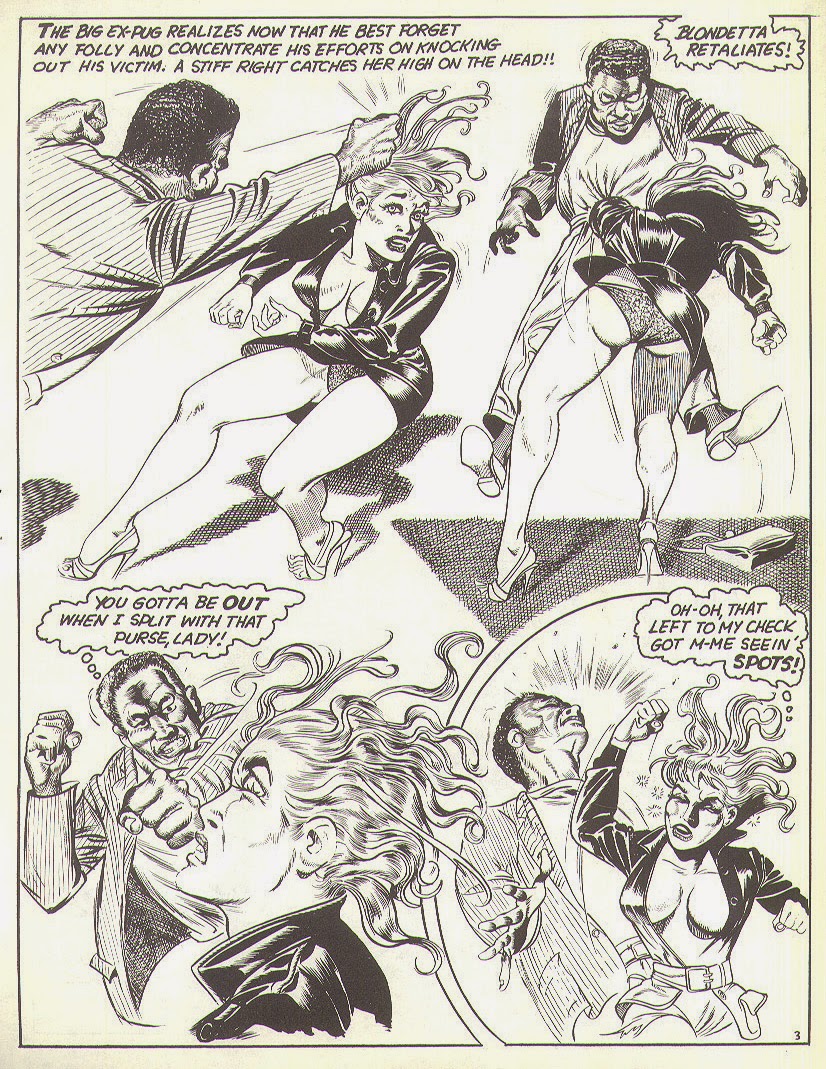 The stories were typical masochistic, fem/dom fantasies: busty sadistic females, in tight clothes, lingerie, garter belts, stockings and high heels. They are always ready to dish out what the no account male wanted and deserved! Anyone and everyone was fair game to these "Iron Women" including bartenders, boy friends, husbands, purse snatchers and any guy that was inked into the story with them!

Female characters include: Kitti Kane, Blondetta, Enorma, Big Milly, Lady Bountiful and Iron Woman. This post generated from a collection I purchased recently, marking the first occasion I've had to actually handle these wonderful bits of Bilbrew's work. Not that the male character in the issue of Blondetta (above illustrations) is most likely a depiction of Bilbrew himself. 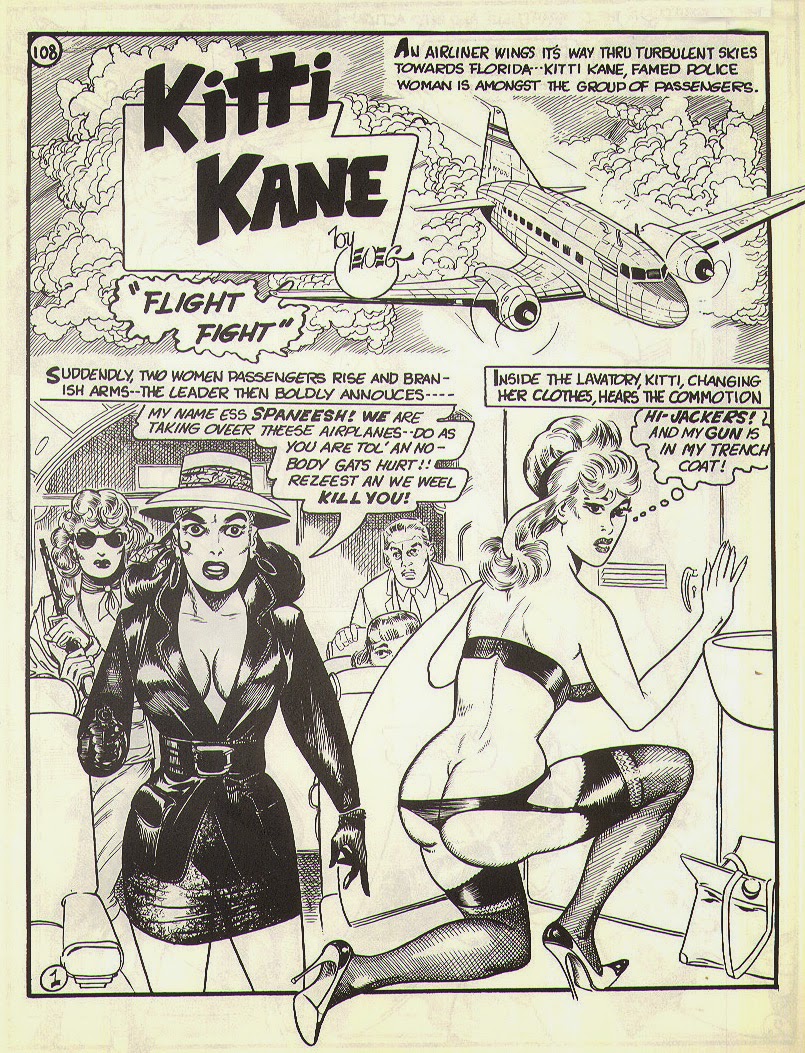 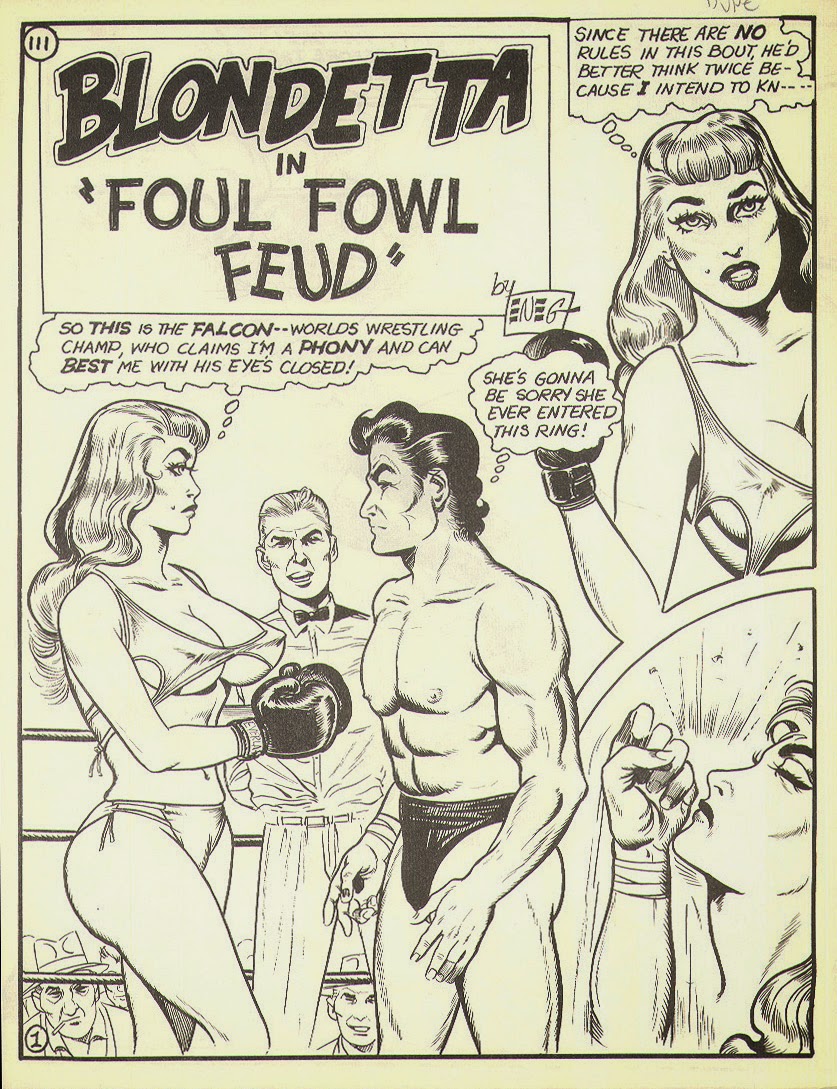 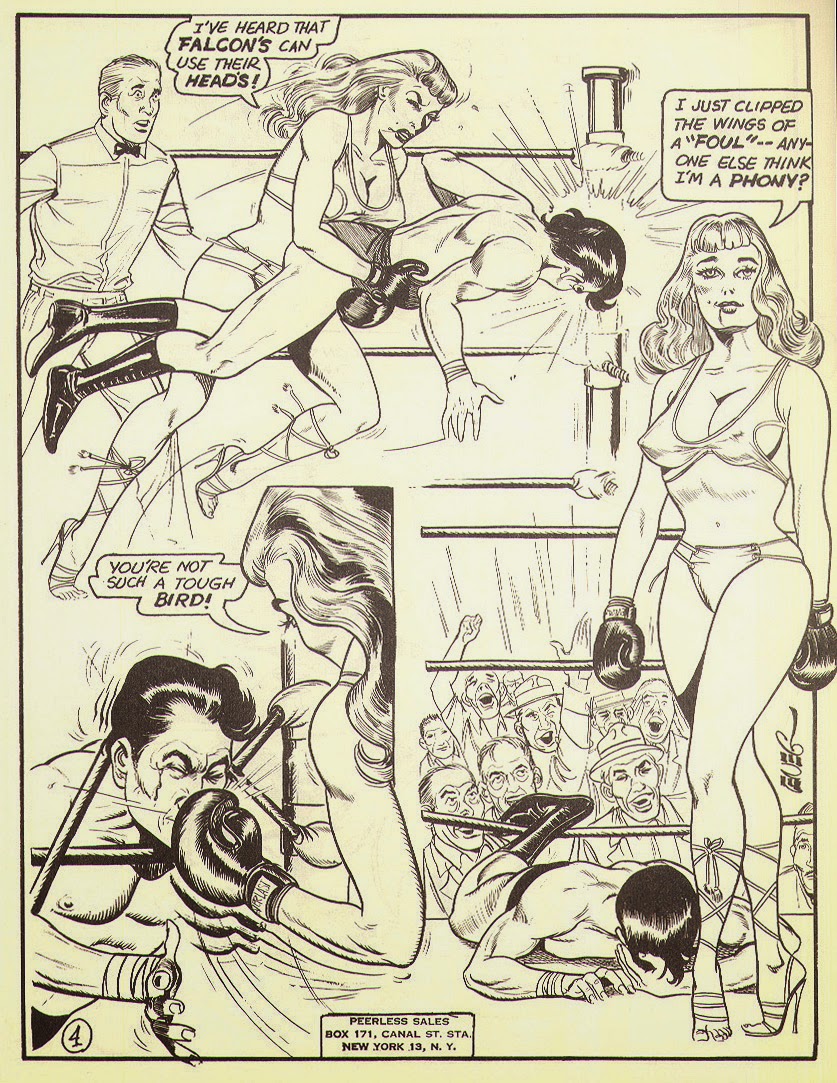 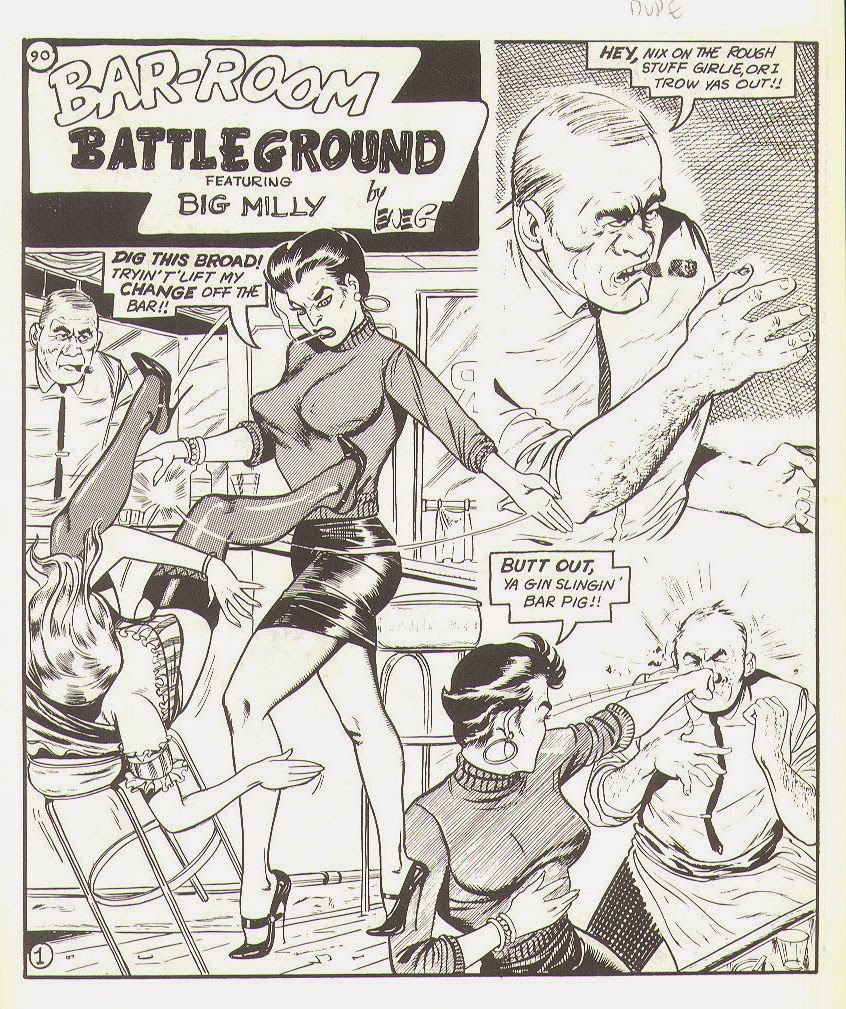 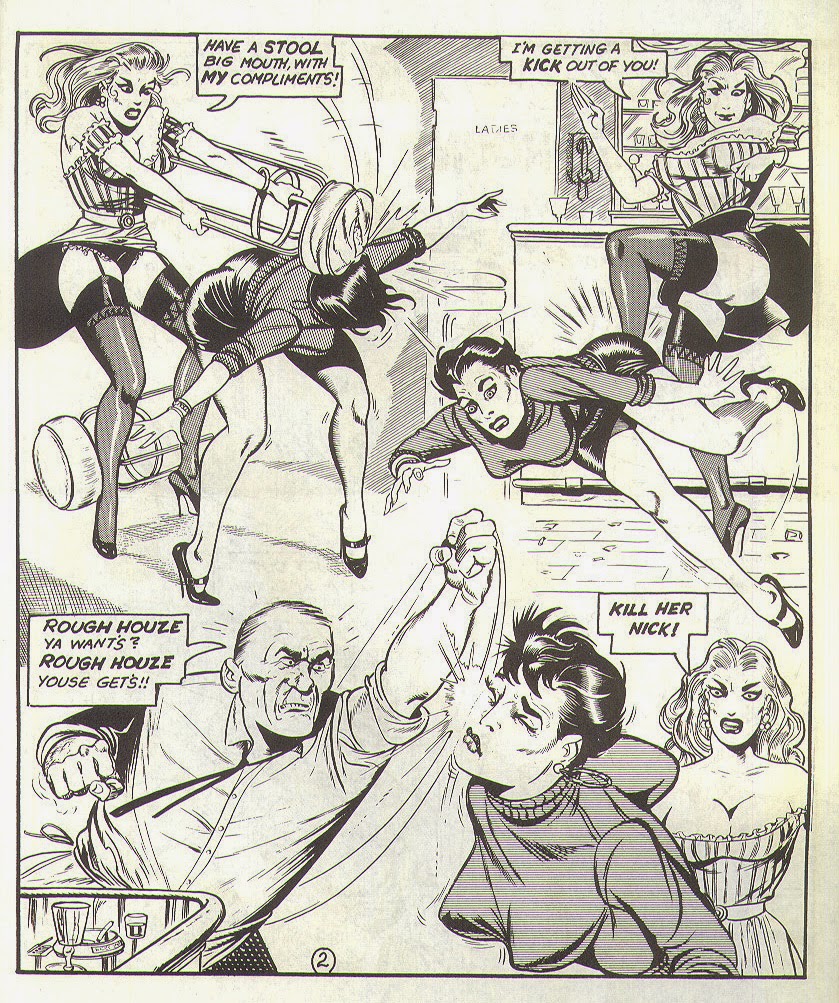 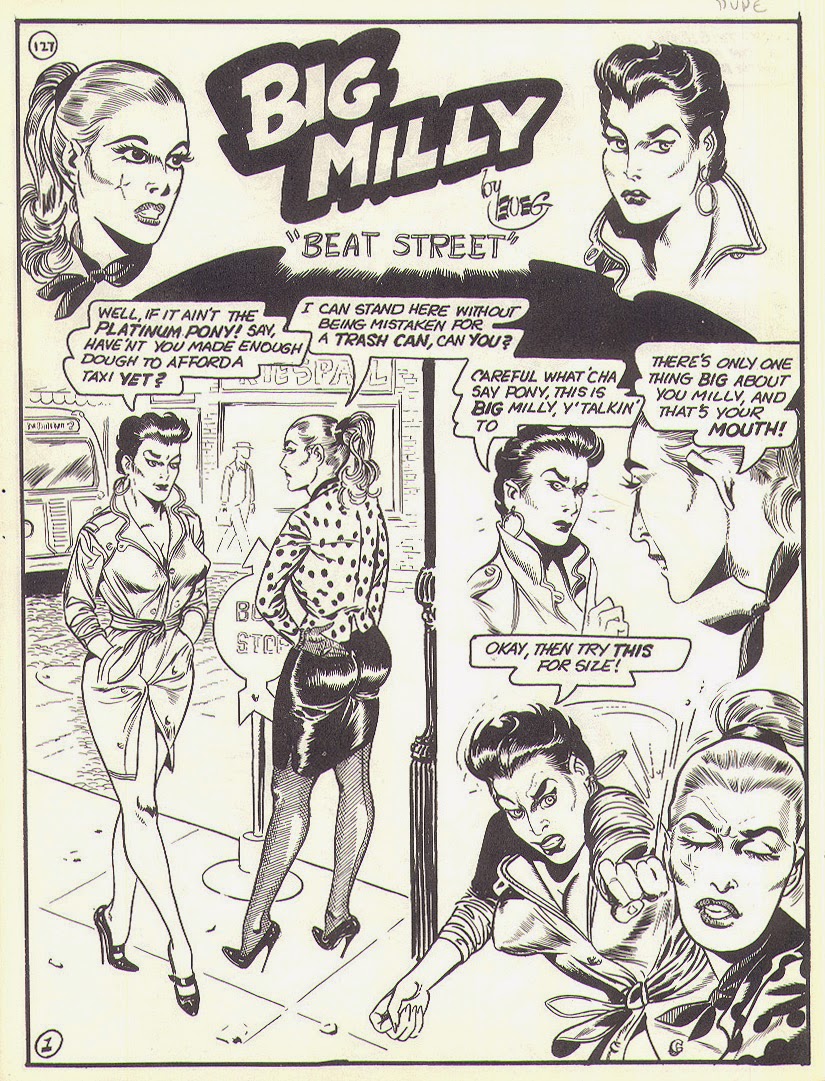 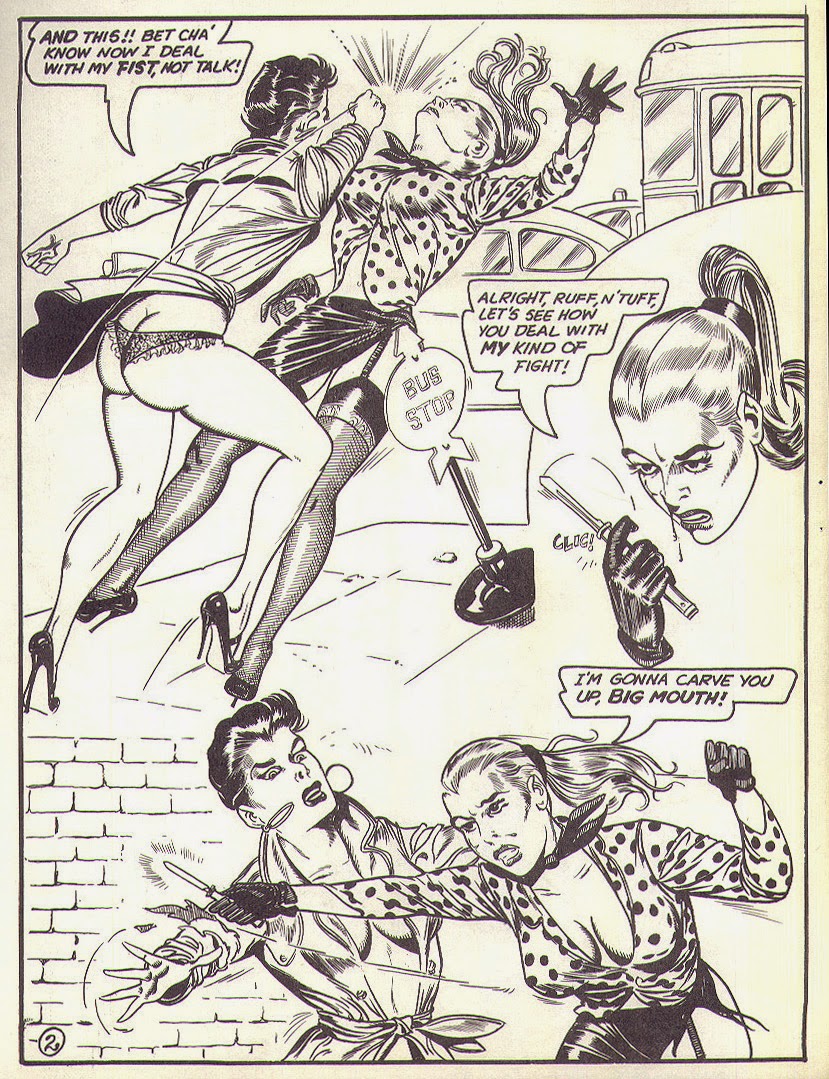 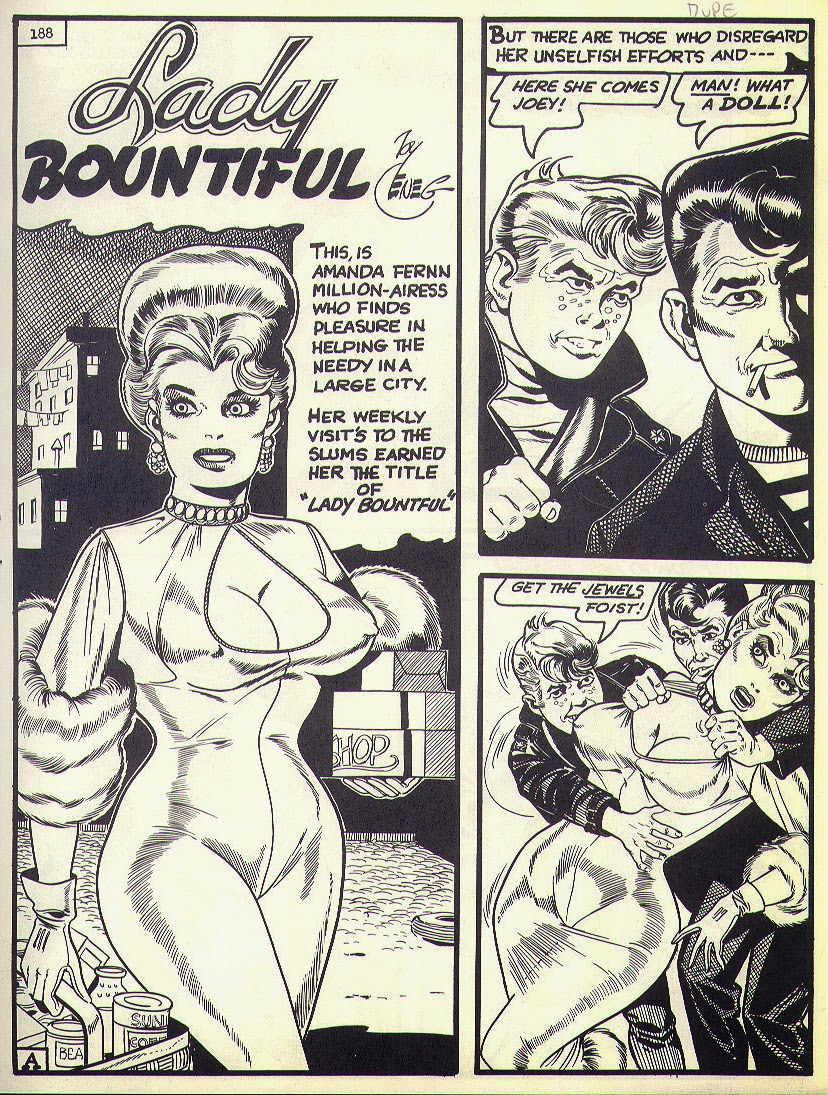 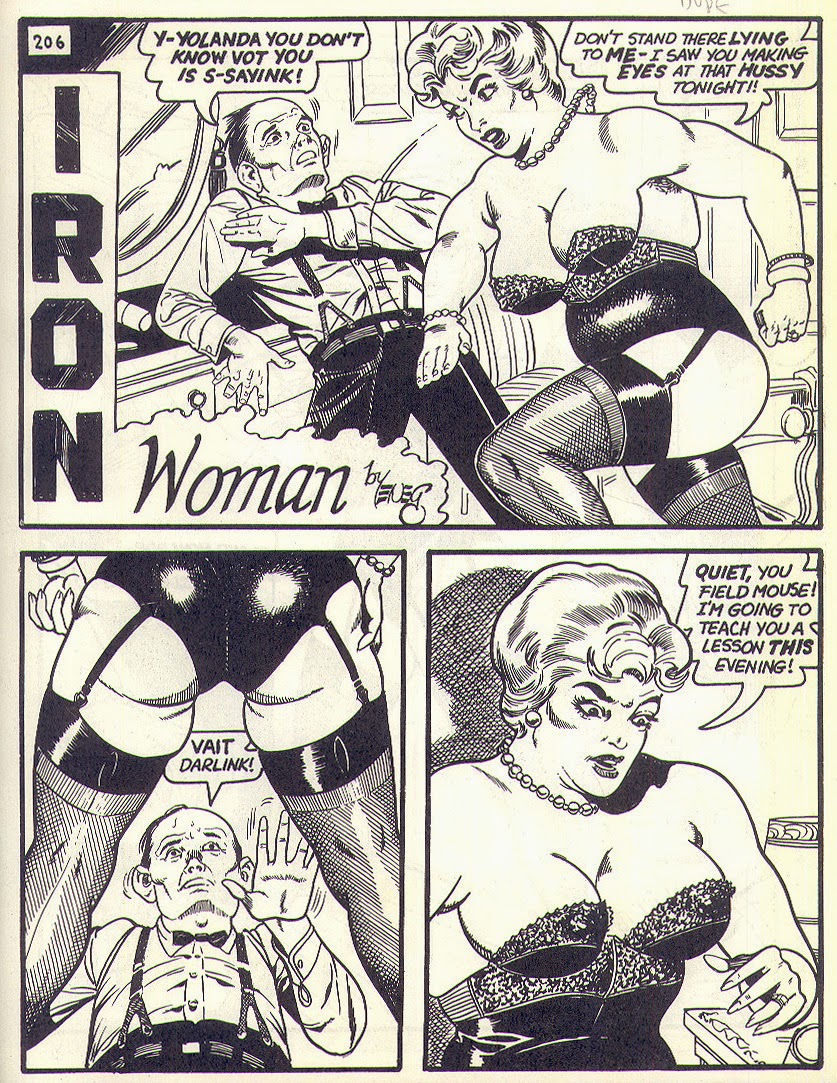 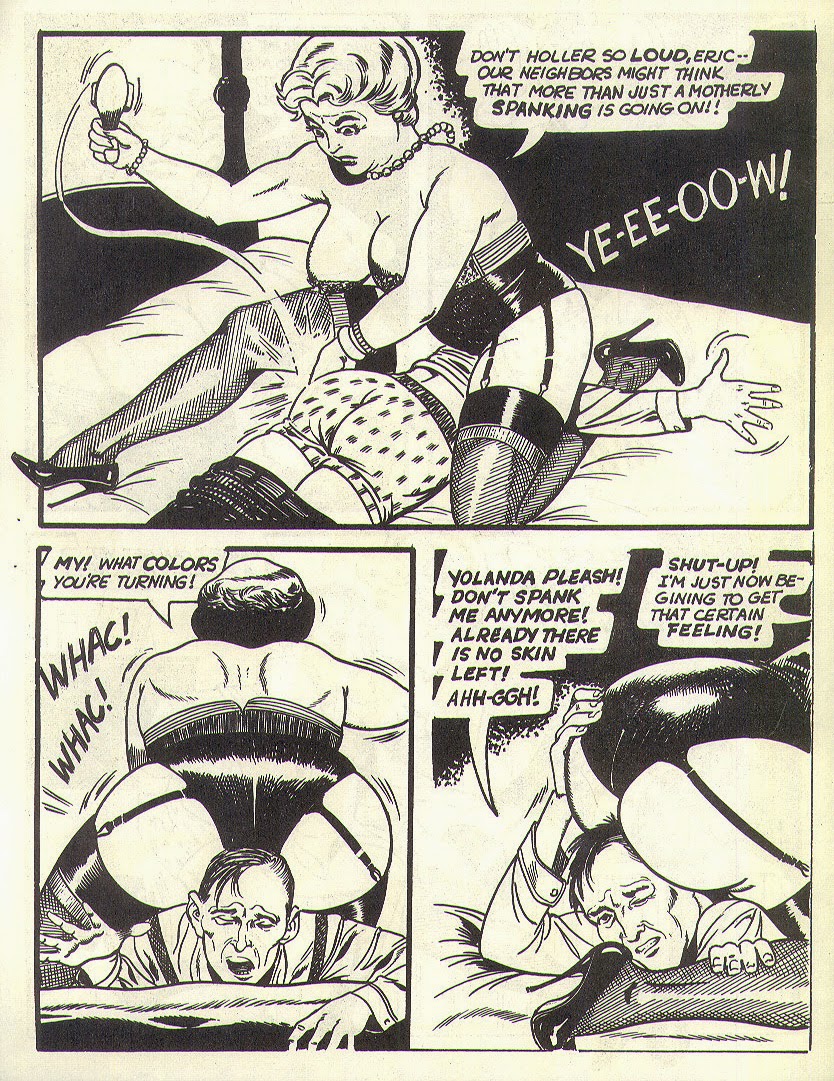 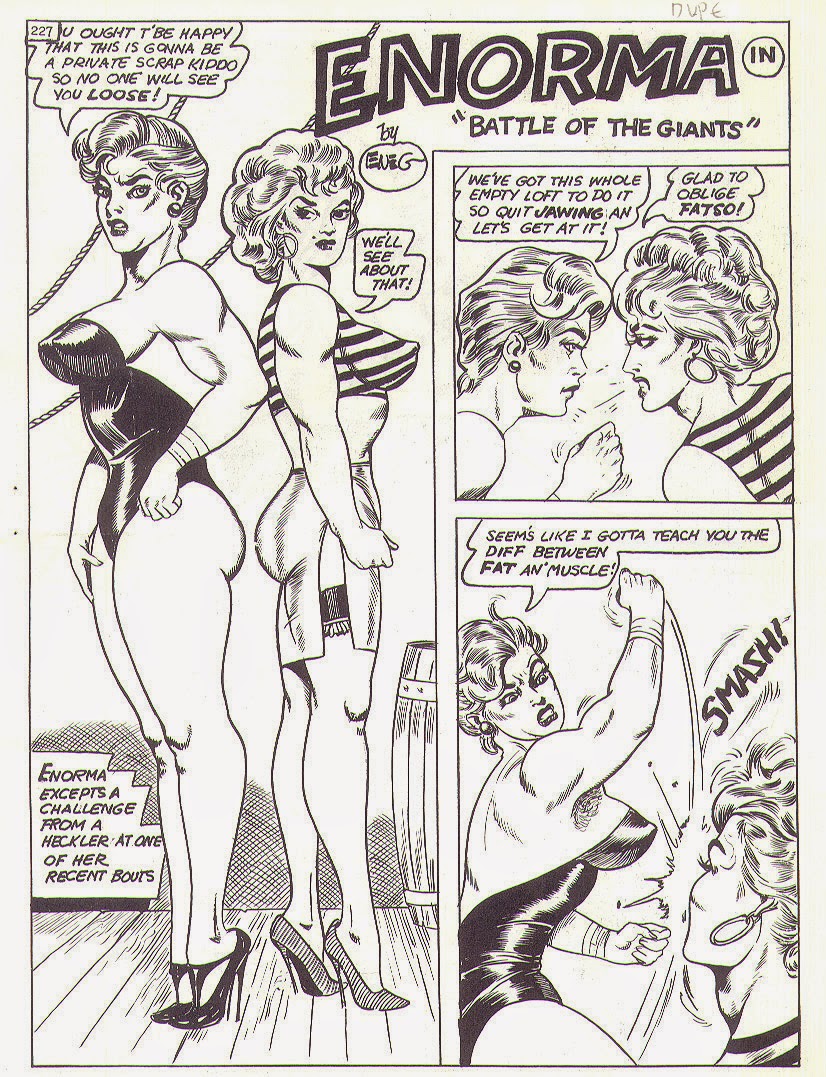 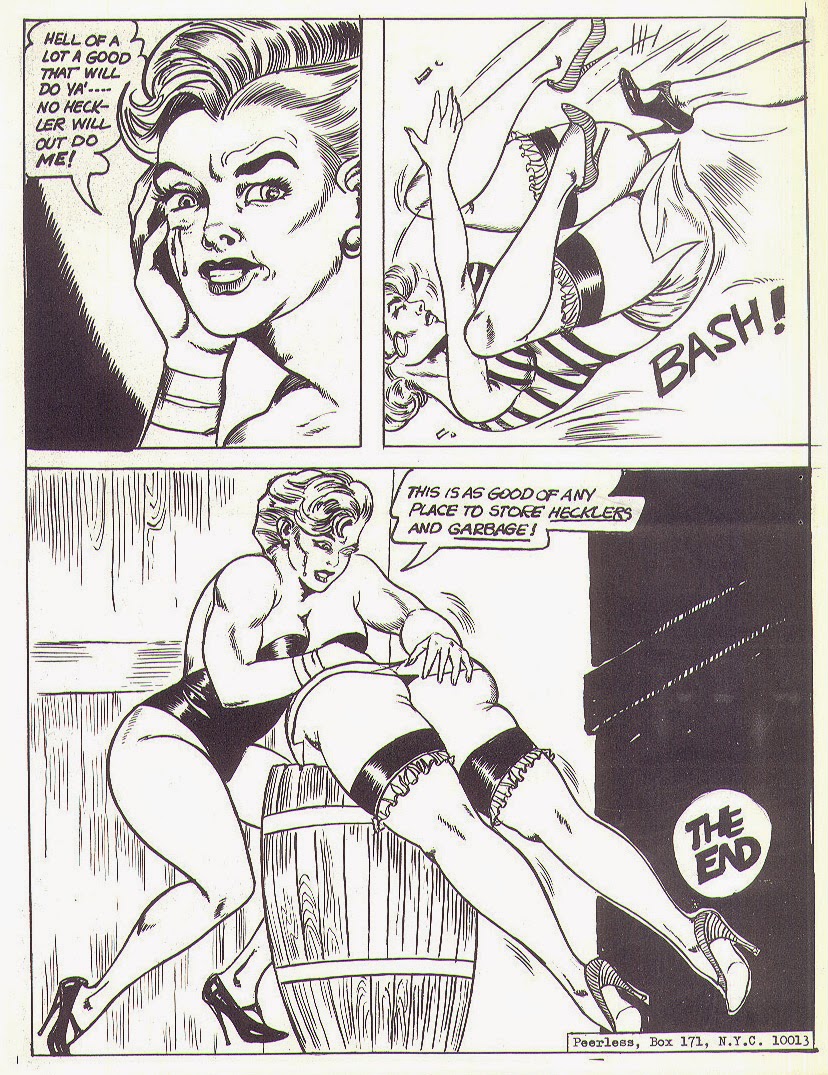 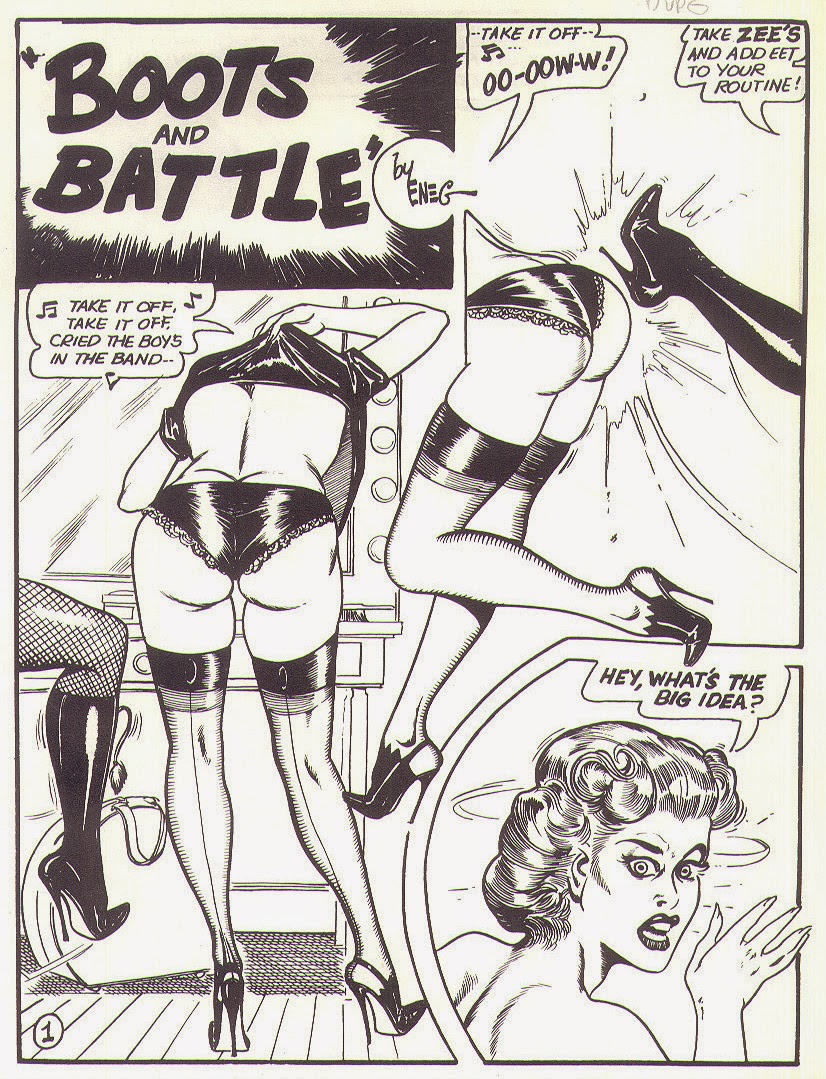 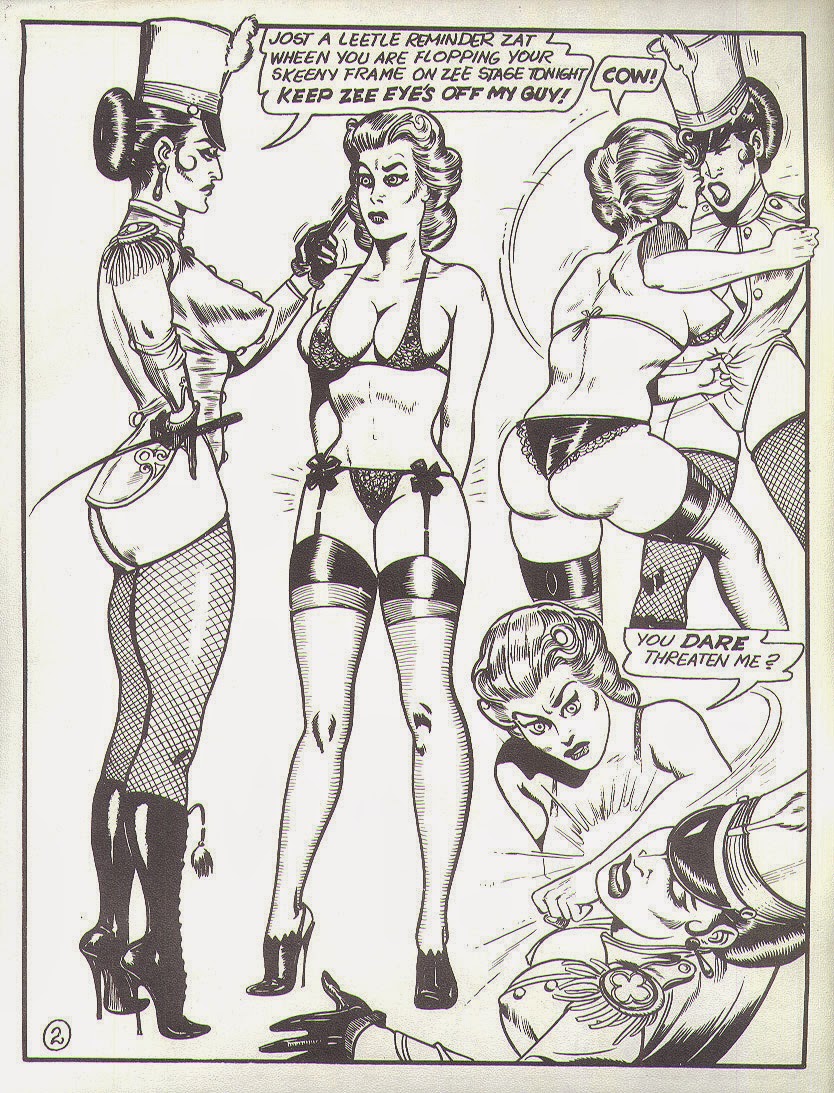