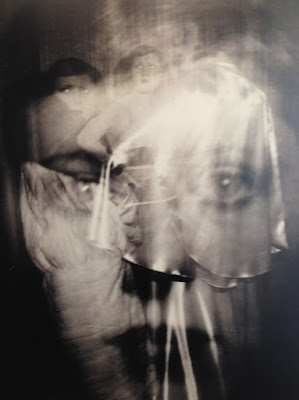 I'm back in NYC, corporeally and, finally cerebrally, after an extensive European trip and a couple of weeks of catching up on sleep and everything else that goes unattended while traveling. It was a great trip starting in Paris, then to Verona and Berlin and back to Paris. See the next few posts for more of my trip and the shows I attended.

Here are pix which randomly sum up being in Paris off and on during five weeks. Above is the signature photo used for the Germaine Krull exhibition at the Jeu de Paume. She was one of the important photographers of the 1920s and '30s known for her nudes, modernist imagery and photo-journalism. Go see the show it's very well curated and a pleasure to see the full extent of her life and career. 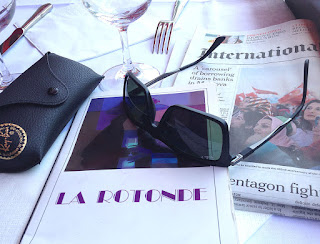 The start or end to many of my days, at the terrace cafe of La Rotonde 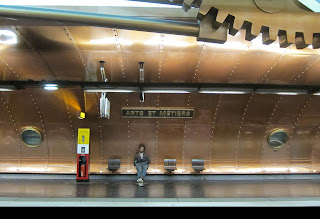 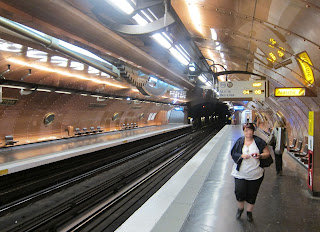 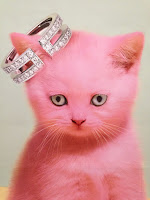 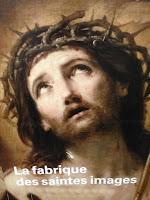 Details from advertisements, which are everywhere in the metro system. These two campaigns were about 100 feet from each other: the pink pussy for a jewelry company and Jesus used to promote a show at the Louvre.

Terrace pano of La Rotonde corner of blvds. Raspail and Montparnasse.
Transport me there NOW!! 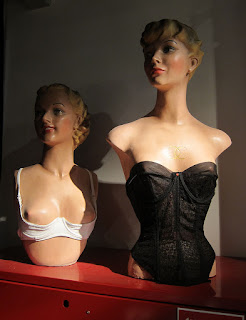 Vintage mannequins at the Marche aux Puces and below faces (of equality!)
in the window of a mannequin shop. 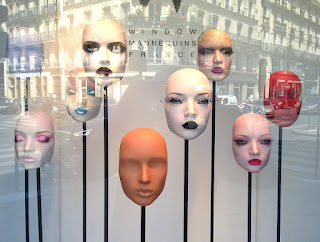 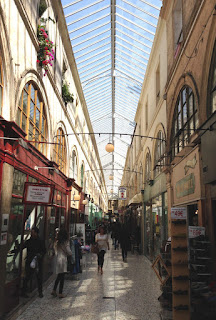 One of the last of the Parisian "passages", le Choiseul, charming and
somewhat neglected, near the opera 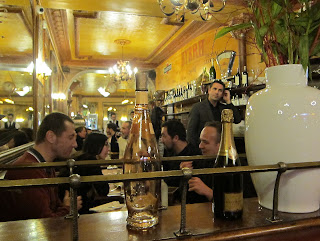 Late night in a 20e arrondisement brasserie on the rue Bagnolet and below, early morning in the back room of Cafe La Palette in St. Germain. 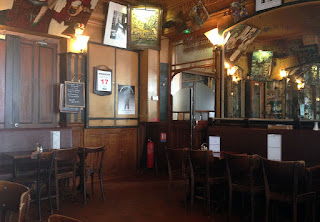 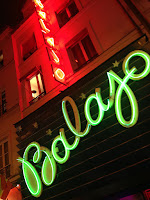 Red light/green light: night view of a book store window, A Balzac A Rodin
in Montparnasse and the niteclub, Balajo in the Bastille 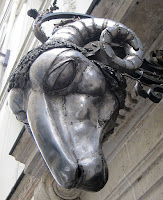