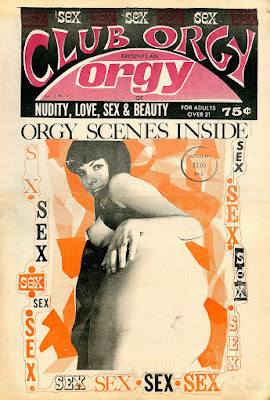 Upcoming next month, the Printed Matter Art Book Fair at MoMA PS1 in Long Island City. The tenth annual, not to be missed art and artist's book event, September 18, 19 and 20th. Details here. 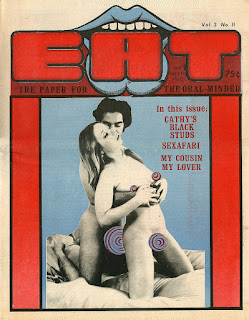 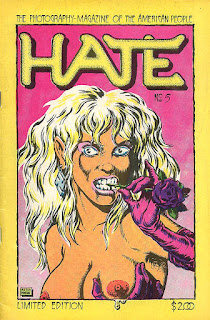 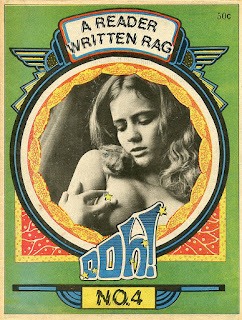 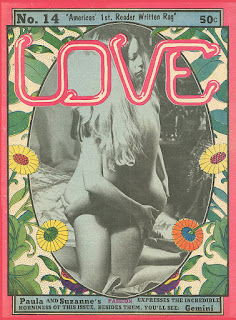 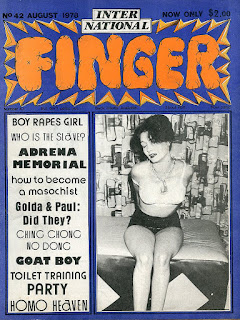 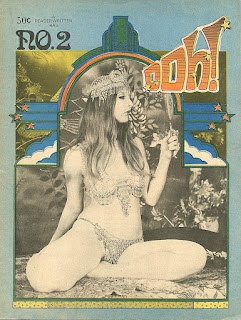 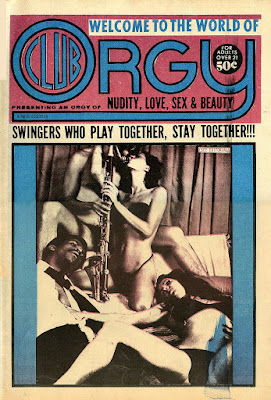 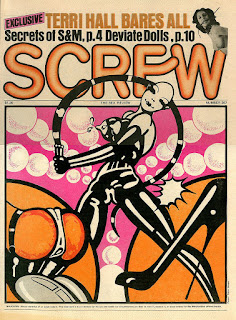 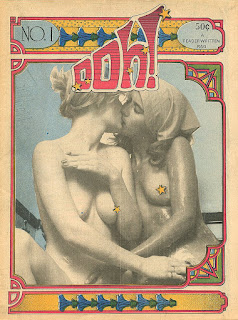 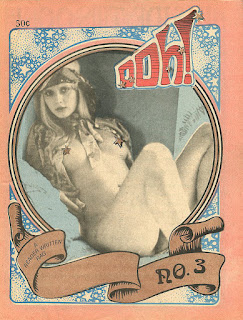 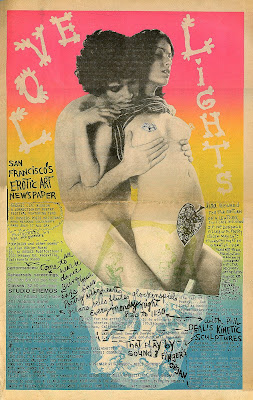 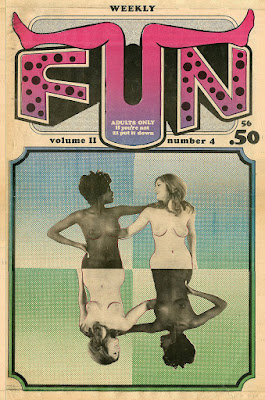 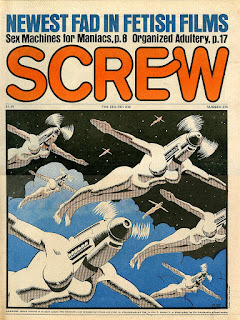 As federal laws in the United States were relaxed* redefining what was considered “obscene”, the flood gates opened and out poured an endless stream of adult oriented magazines, photographs, books and films. In a cultural and commercial sense the first legally protected “smut”, in the form of sexpapers, was now able to move out of fluorescent lit adult bookshops, into the daylight of American newsstands.

The most widely know of these publishers, Screw’s Al Goldstein, a hardcore New Yorker, displayed a “take no prisoners” attitude pushing free speech limits and community standards week after week. Along the way Goldstein and his talented staff created the look for a profitable sexpaper, received tons of publicity and gained notoriety based on explicit content and chutzpah!In its wake Screw influenced a cascade of imitators including a few, non-commercial, “free thinking” hippie types who reworked the concept into what could be called “adult only ‘zines”.

These publications, Love, Hate and Finger took the form of “reader written” magazines, filled with articles, letters and photographs. They followed Suck, an international adult tabloid, published in Amsterdam by writers and libertines including Willem de Ritter, Germaine Greer and Jim Haynes. Suck was short-lived and disbanded amid internal squabbling in 1971 after seven issues. Out of its ashes came Love, circa 1975, with Willem de Ritter, relocated to the United States, at the helm.

What makes these publications historically and culturally important is evident. What makes them rare? Like every other newspaper, they were made to be read and thrown away, the epitome of paper ephemera. Other than hoarders with a Collier Brother’s disorder, no one saves news-papers, especially sexpapers. Thankfully, smut collectors display their own type of obsessive compulsive behavior. What would we do without them!

* Federal obscenity law in the U.S. is unusual in that there is no uniform national standard. Former Justice
Potter Stewart of the Supreme Court of the United States, in 1964 in attempting to classify what material
constituted exactly "what is obscene," famously wrote ... "I shall not today attempt further to define the kind of material I understand to be embraced [as obscene] ... but I know it when I see it ..."

Additional judgements by the supreme court in 1966 and 1973 added definitions to what could be considered obscene. However, even though the court created criteria in ’73 to help define what was obscene, it left the deciding factor to be judged by “local community standards”. Today, these three rulings, the most recent over 40 years ago, still stand. 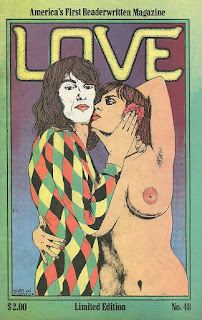