Illustrated French and German postcards, circa 1900 to the 1940s, depicting women seductively posed in corsets. This particular genre of scantily clad, illustrated "lovely ladies" posed in lingerie has always been popular with collectors. Over the years I have had many clients who collected in this area, a few who wanted only images of corseted women. It could be books, photographs, postcards, the actual vintage garments themselves as well as three-dimensional advertising displays, it didn't matter as long as the corset was visible. Many of the postcards in this genre were published in sets, usually five, six, ten or twelve cards per set. Some of the sets presented a pictorial narrative starting with the woman fully dressed and in the end nearly completely undressed. A turn-of-the-century strip-tease revealed progressively as each postcard was received in the mail.

This first group are illustrated postcards. 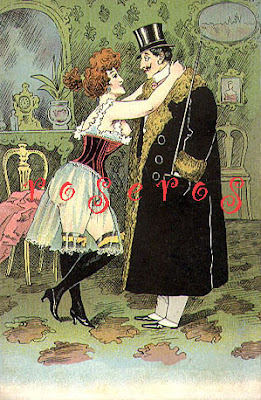 Fine lithograph, French circa 1900. Prostitute engaged with her client in what
appears to be a seductive negotiation 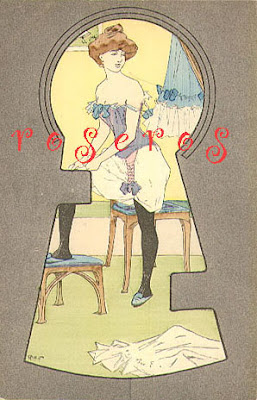 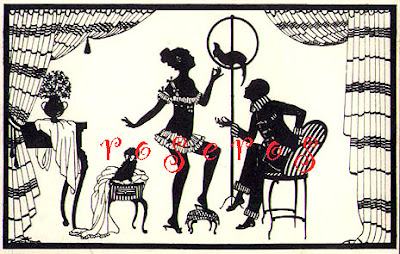 Mademoiselle undresses and entertains a most interested admirer all
in silhouette, German circa 1915 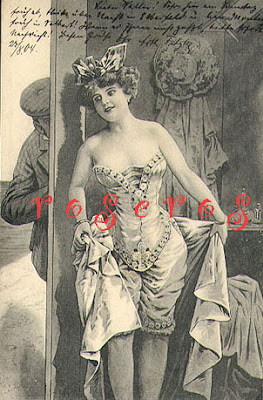 Undressing in beach-side cabana a voyeur at her door,
German circa 1905 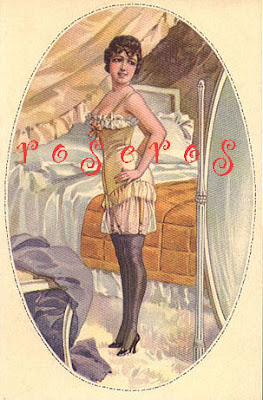 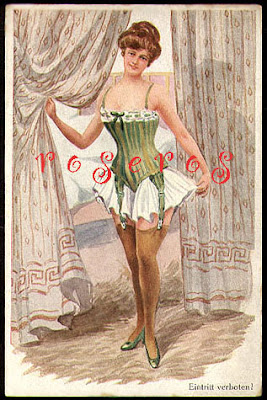