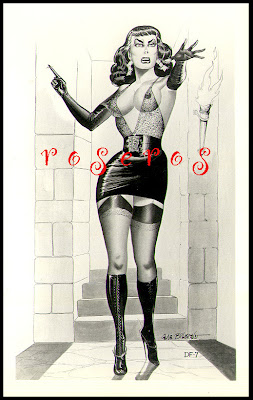 Irving Klaw's New York City studio is arguably most well known for his early 1950s photographs of Bettie Page. As many collectors are aware there was much more going on at Klaw's 14th Street location then selling movie star, pin-up and bondage photographs (Klaw never made photos of nudes believing that would get him into trouble with the law!). He created Mutrix publications and the digest size magazine series as a vehicle for fetish, bondage and cross-dressing themed publications, illustrated with photographs as well as artwork by Eric Stanton and Gene Bilbrew. Along the way Klaw also published many bondage illustrations and stories as "serial", sets of 12, 24 or 48 plates recreating original illustrations on glossy photographic paper.

Here is a selection of those "serial" illustrations. Even though signed by different artists (Brody, Van Rod), they are all by Gene Bilbrew, aka Eneg. 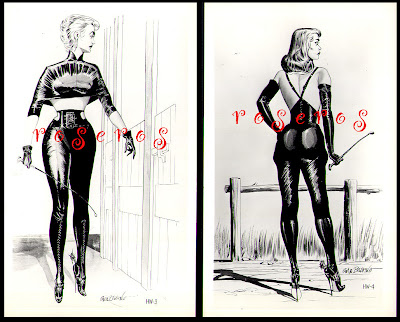 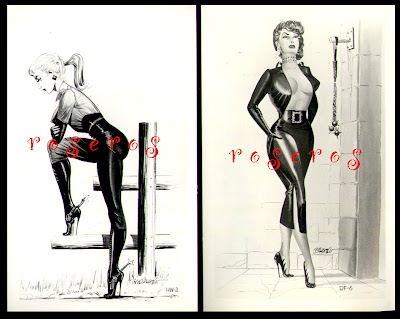 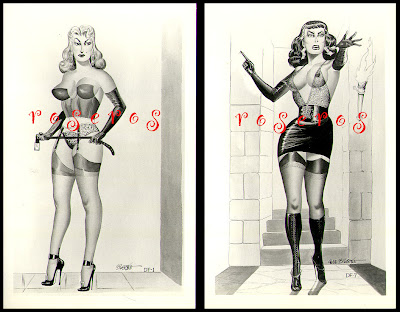 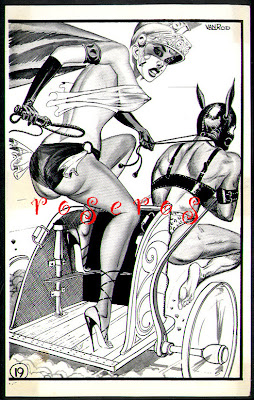 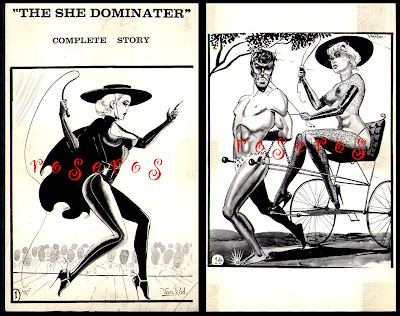 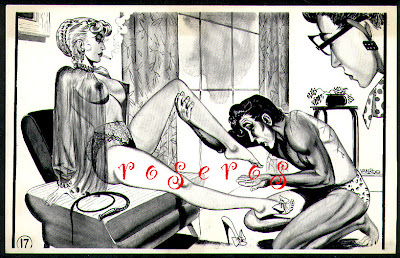 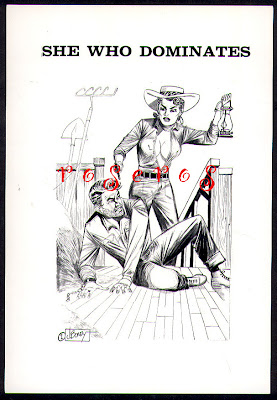 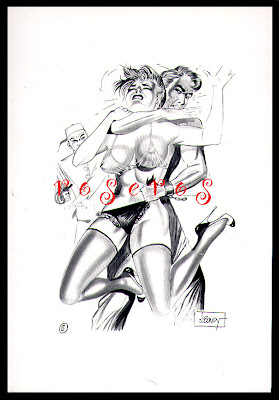 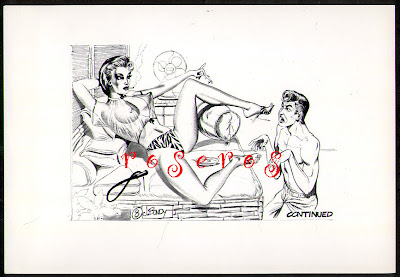 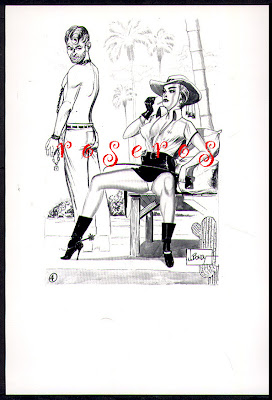