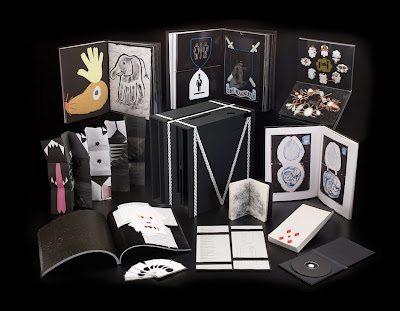 Earlier this month at Comic Arts Brooklyn, a one day event in Williamsburg, I spent some time with Chris Byrne the creator of The Magician. A self described "...epic graphic novel, a bookmaking tour de force, (and) mesmerizing art object..." this most intriguing, beautifully constructed facsimile of a magician's box was years in the making.

This black box with a large white "M" on the side is indeed a magic box, where all twelve elements have been fitted together, each easily removable. The limited edition box also includes a "soundtrack", an illuminated lens to view "specimen slides" as well as a screen on the front projecting an animated figure. The elements of the piece are all impeccably designed and produced and remain enigmatic even after viewing all the parts.

So what is it? Byrne’s succinct description of The Magician:  "It’s set in a public bathroom. The Magician is this character that goes through and reconciles opposites. Every misunderstanding I have about the universe is documented in these objects. And creation myths, too. But it’s all tongue-in-cheek. The Magician takes different forms. He is a sleeping figure. He is a hand. He is sperm. He is a cape".
Quoting from Dan Nadal's piece in The Comics Journal (March,2013)
which in turn quoted Chris Byrne. 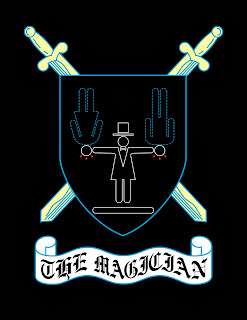 The Magician is a box of wonders housing a dozen separate publications, printed and hand bound using a variety of techniques. The books include Theogony, Handmade, Down the Head, Mountain Man/She-Wolf, Letterpress Flipbook, 4-Ply Toilet Paper, Moleskine, BM Case, M-Phase, Unfinished Versions, Colophon, and Curtains. Designed by Chris Byrne and Scott Newton. Published by Marquand Books in an edition of 20 copies plus five artist's proofs. 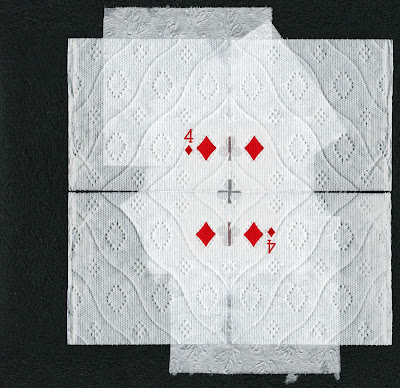 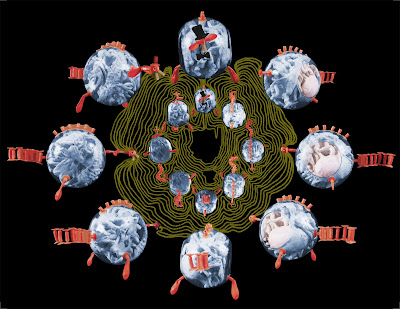 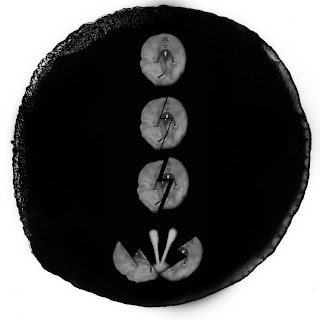 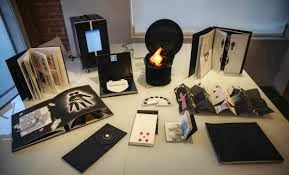