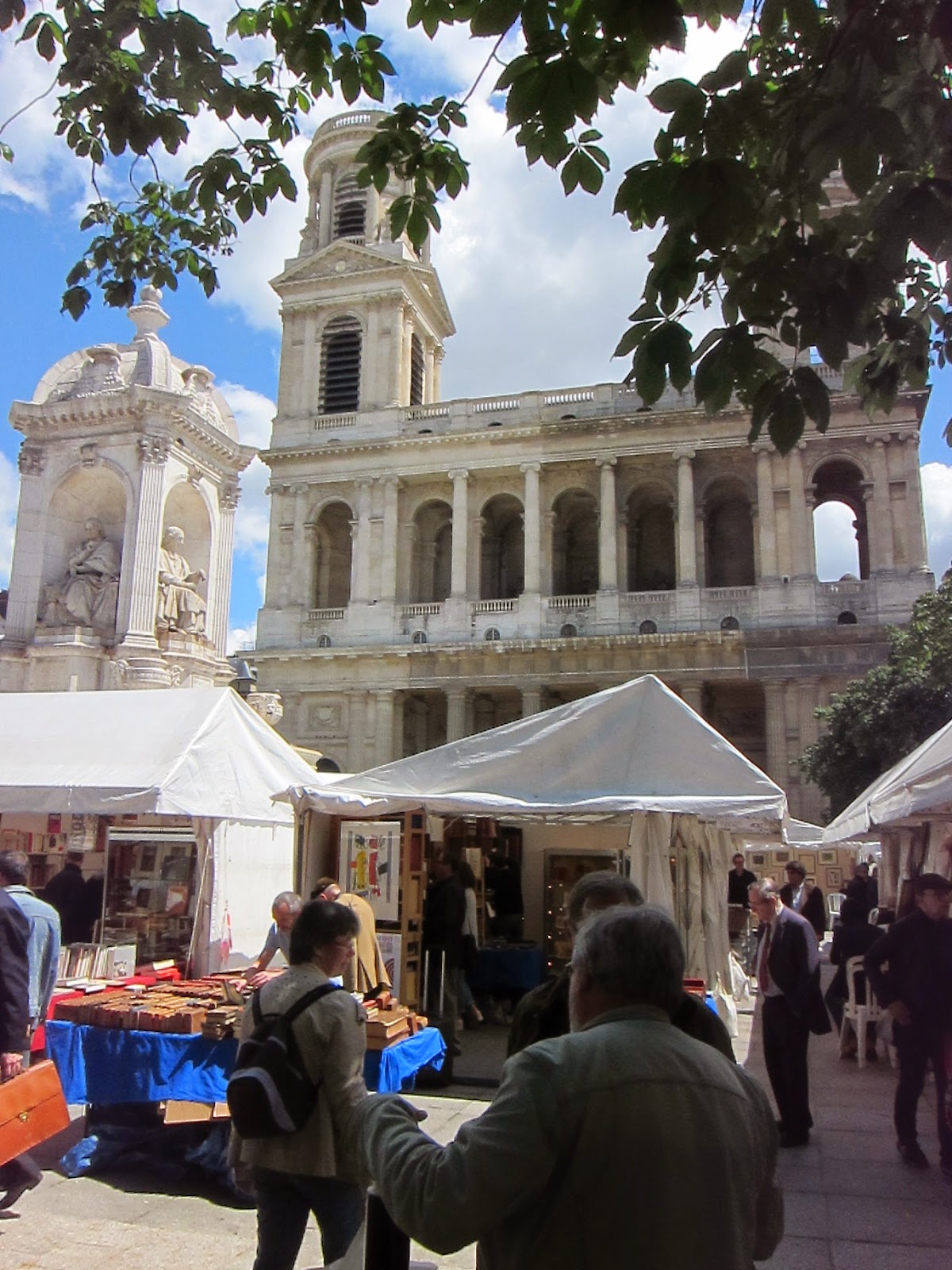 The annual San Sulpice Book Fair, staged outdoors in white tents on the place San Sulpice in Paris, greeted the show goers with off/on rain on opening day. Even though the weather turned bright with beautiful blue skies, the mood at the fair never really picked up; business was slow. Nevertheless, as a buyer and non-stand holder, it was marvelous attending the fair and to be in Paris in June. And I bought a few things including a group of wonderful late '60s early '70s underground tabloids and 'zines. 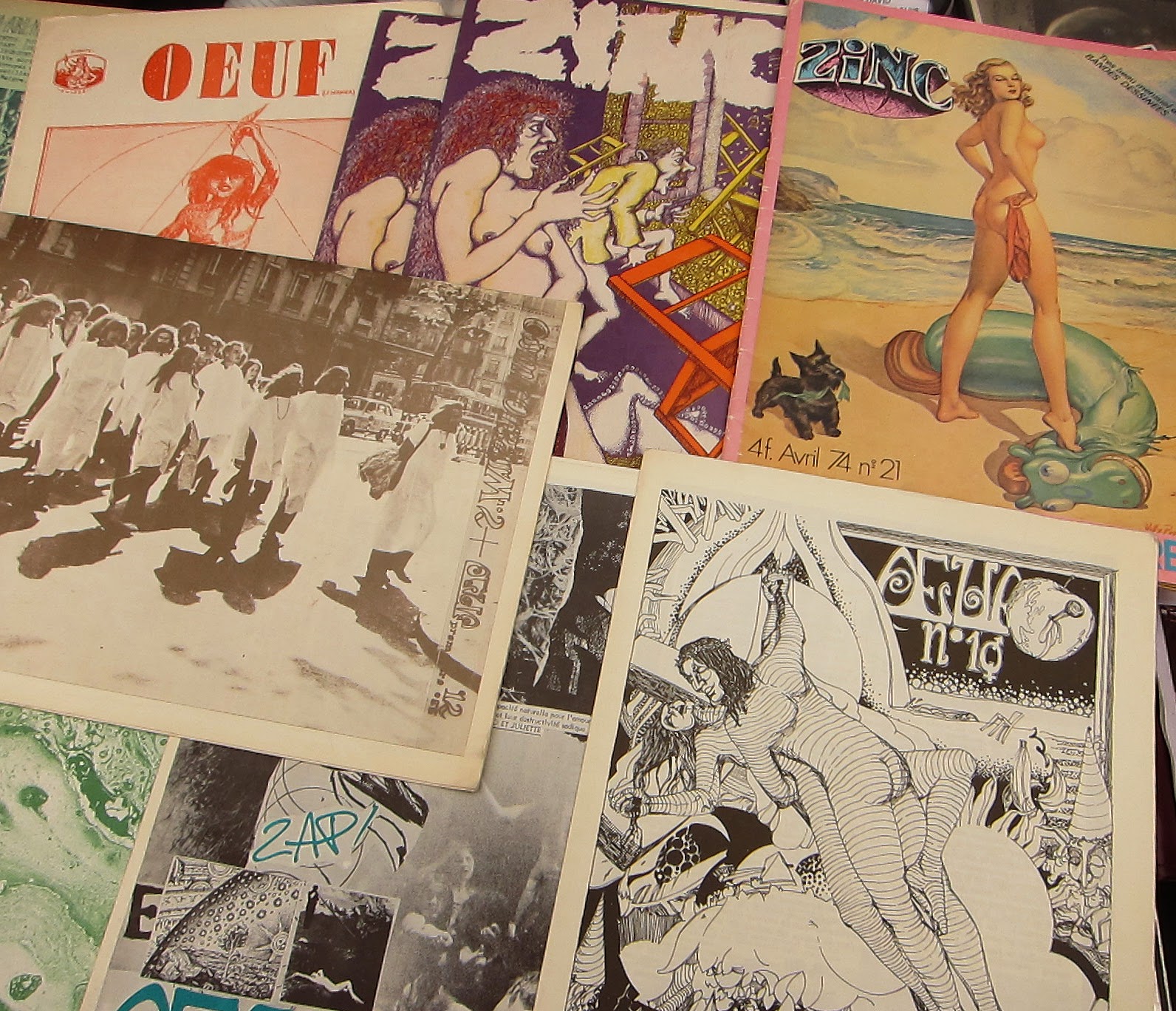 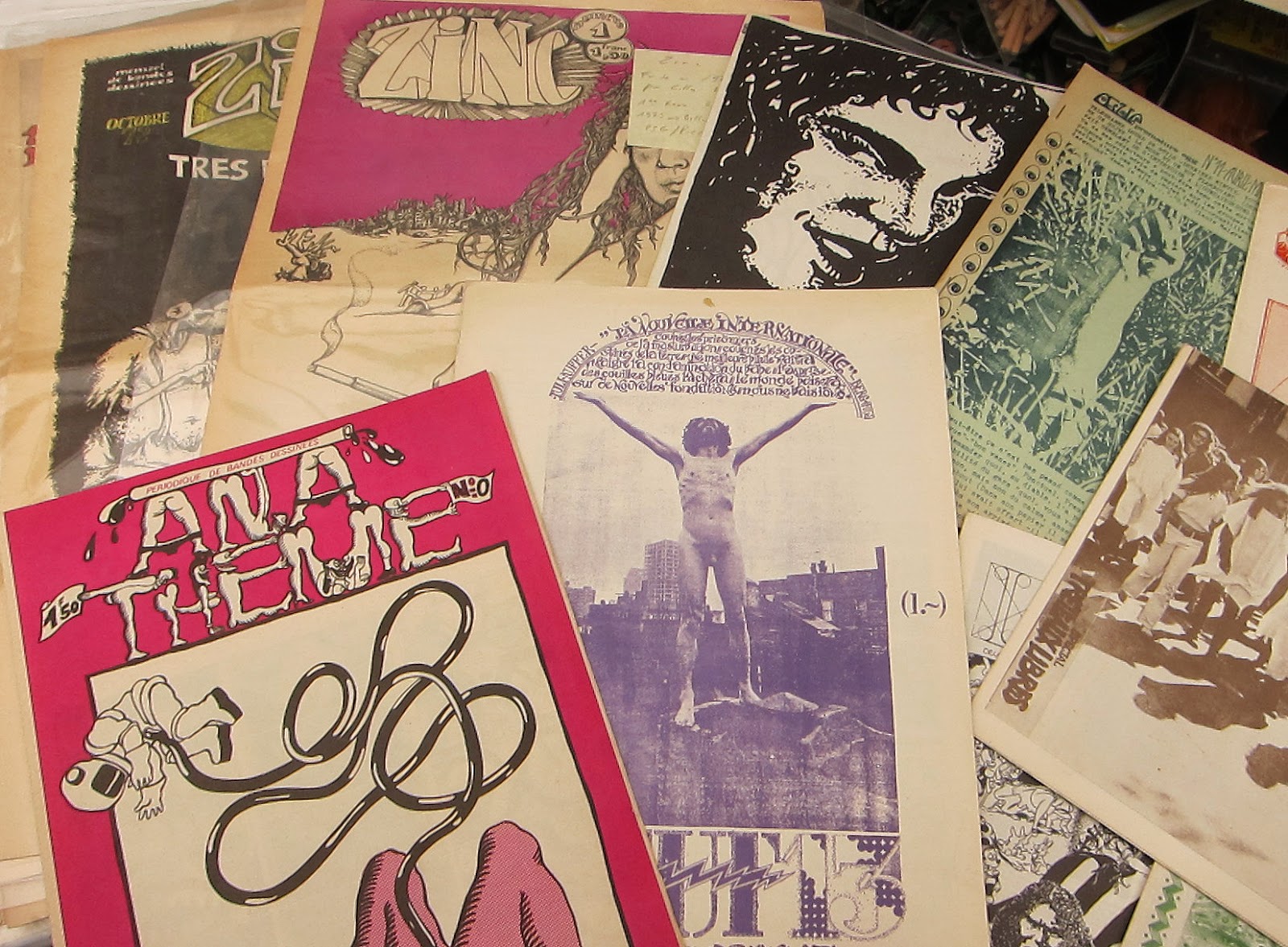 I had a great extended stay visiting with clients, colleagues and friends and will have an announcement later in the summer about a very special project I am working on in Paris. See my next post about the venerable Bievres Photo Fair held the same weekend. 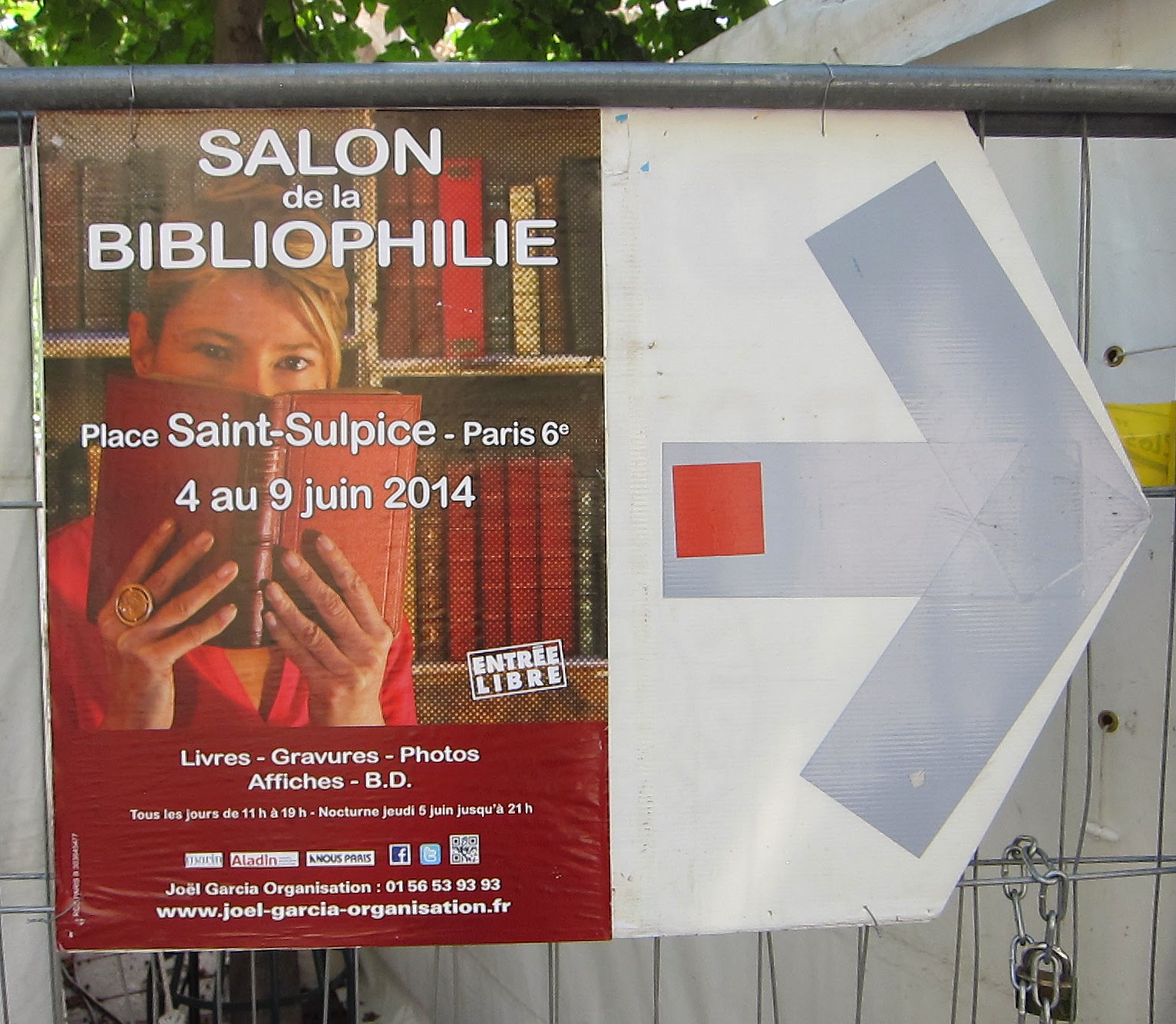 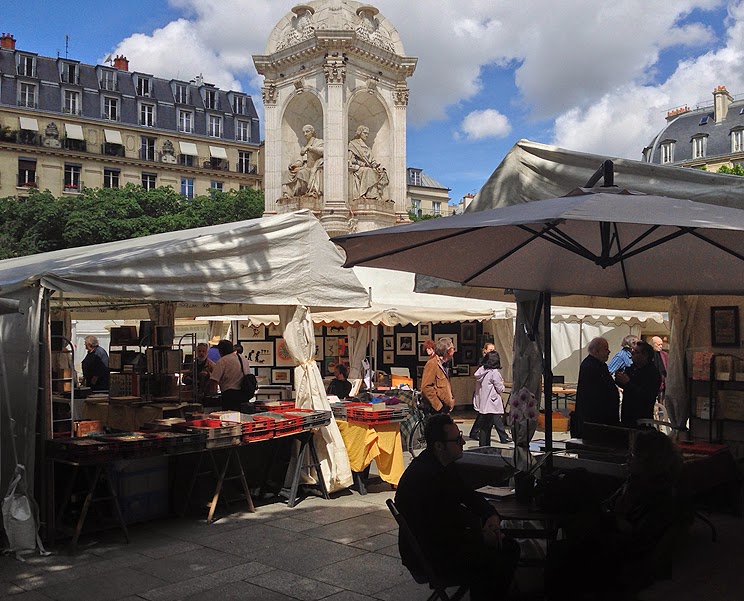 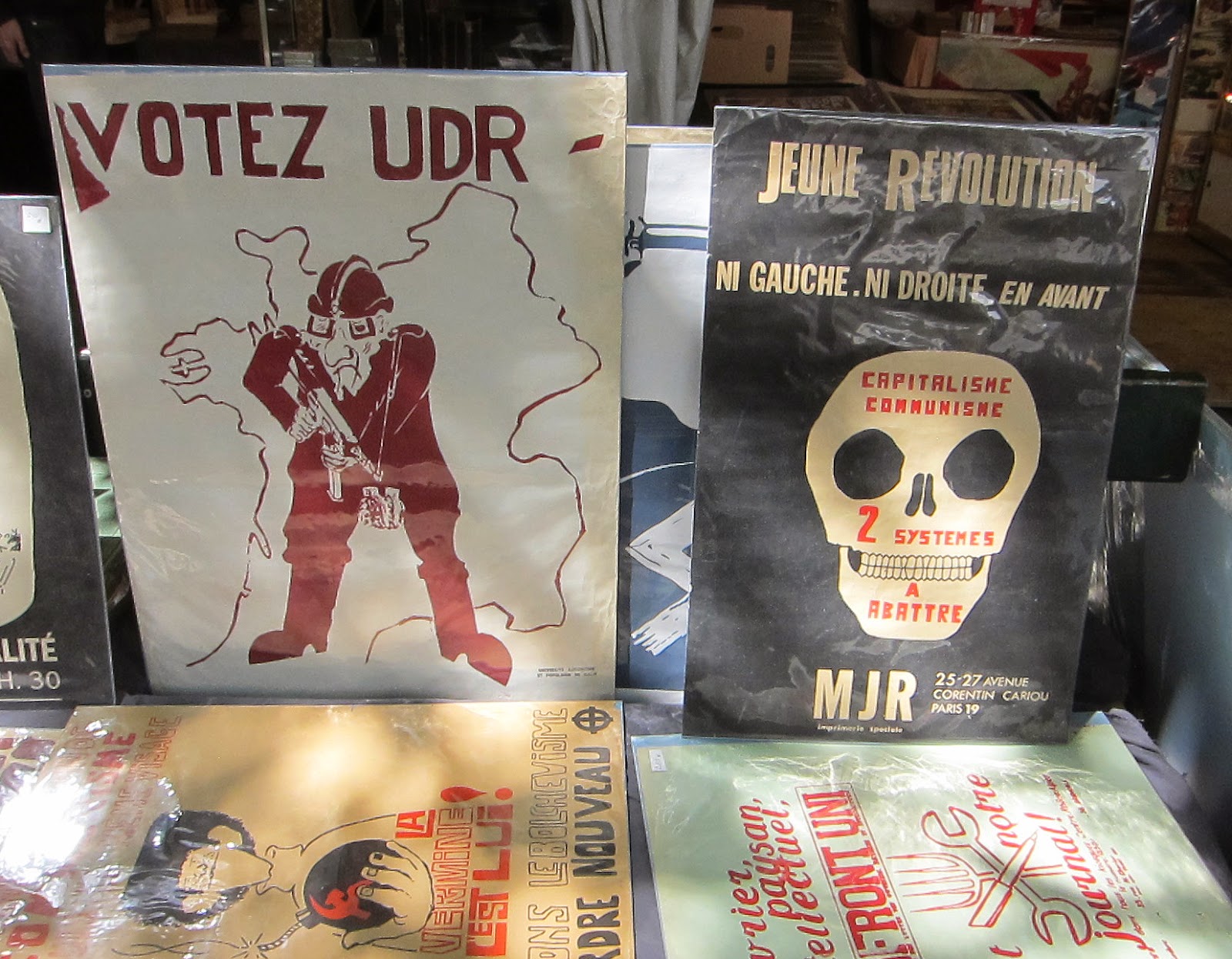 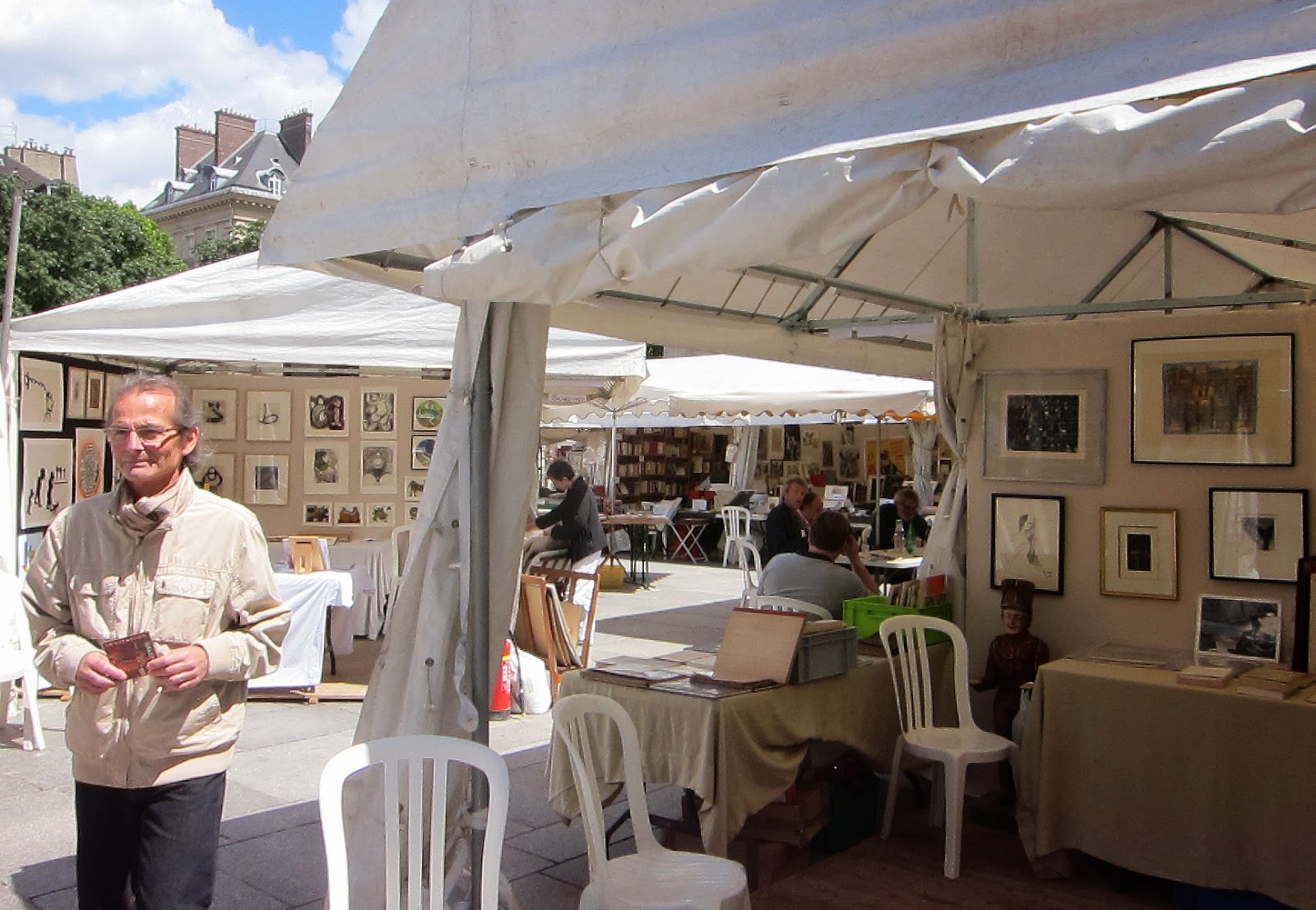 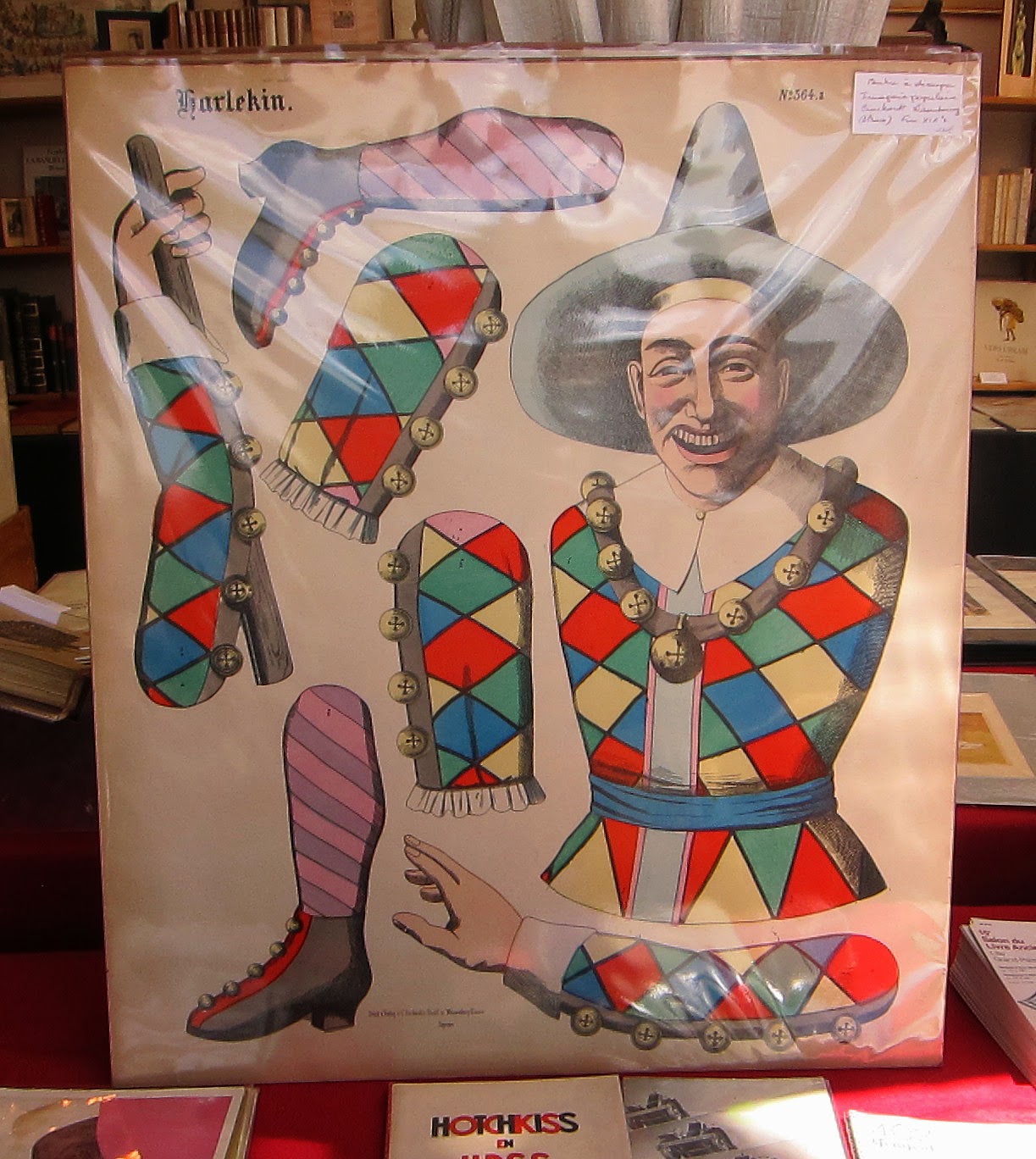 Can't escape the clowns in Paris! 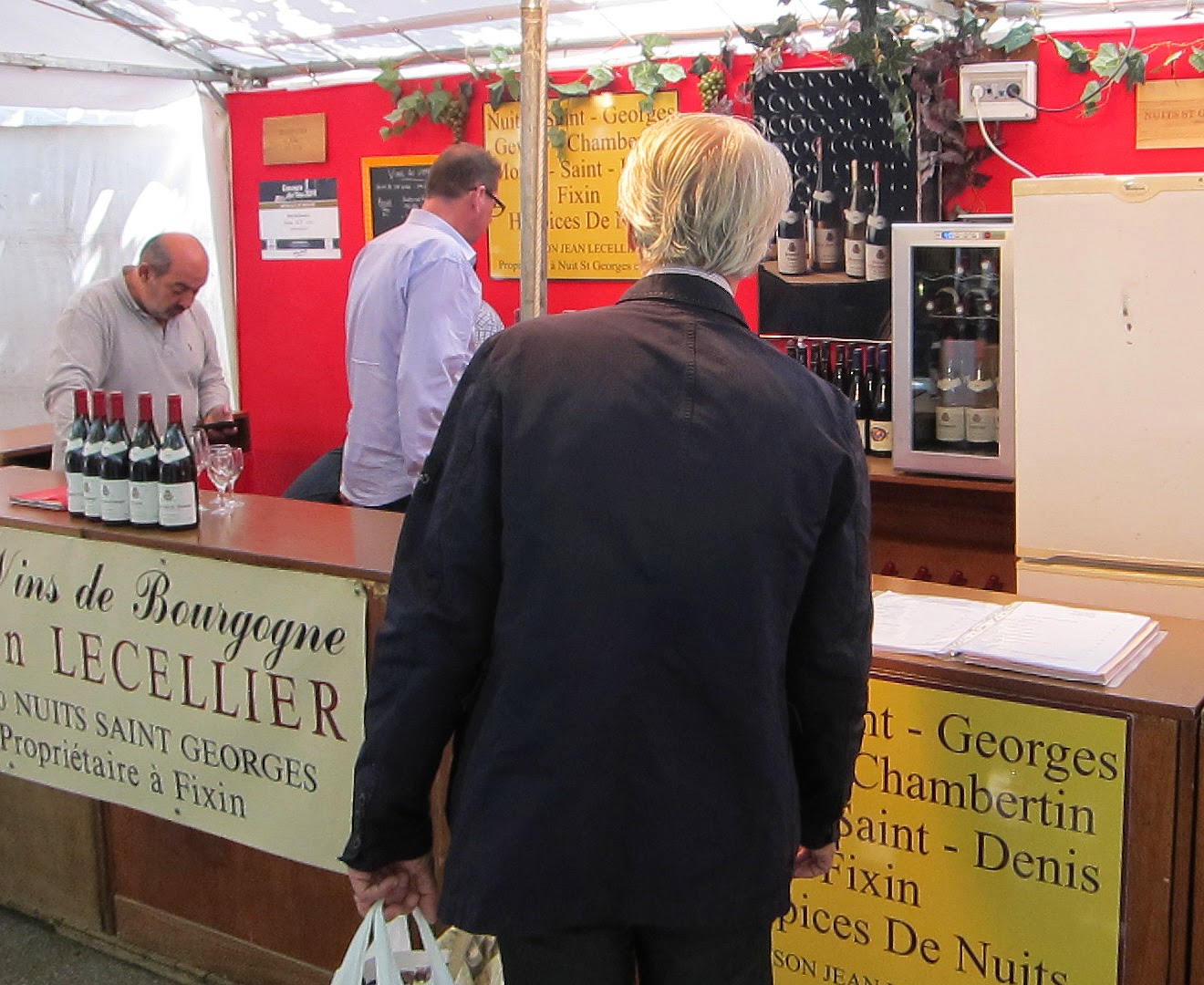 Room at the fair for only one wine bar 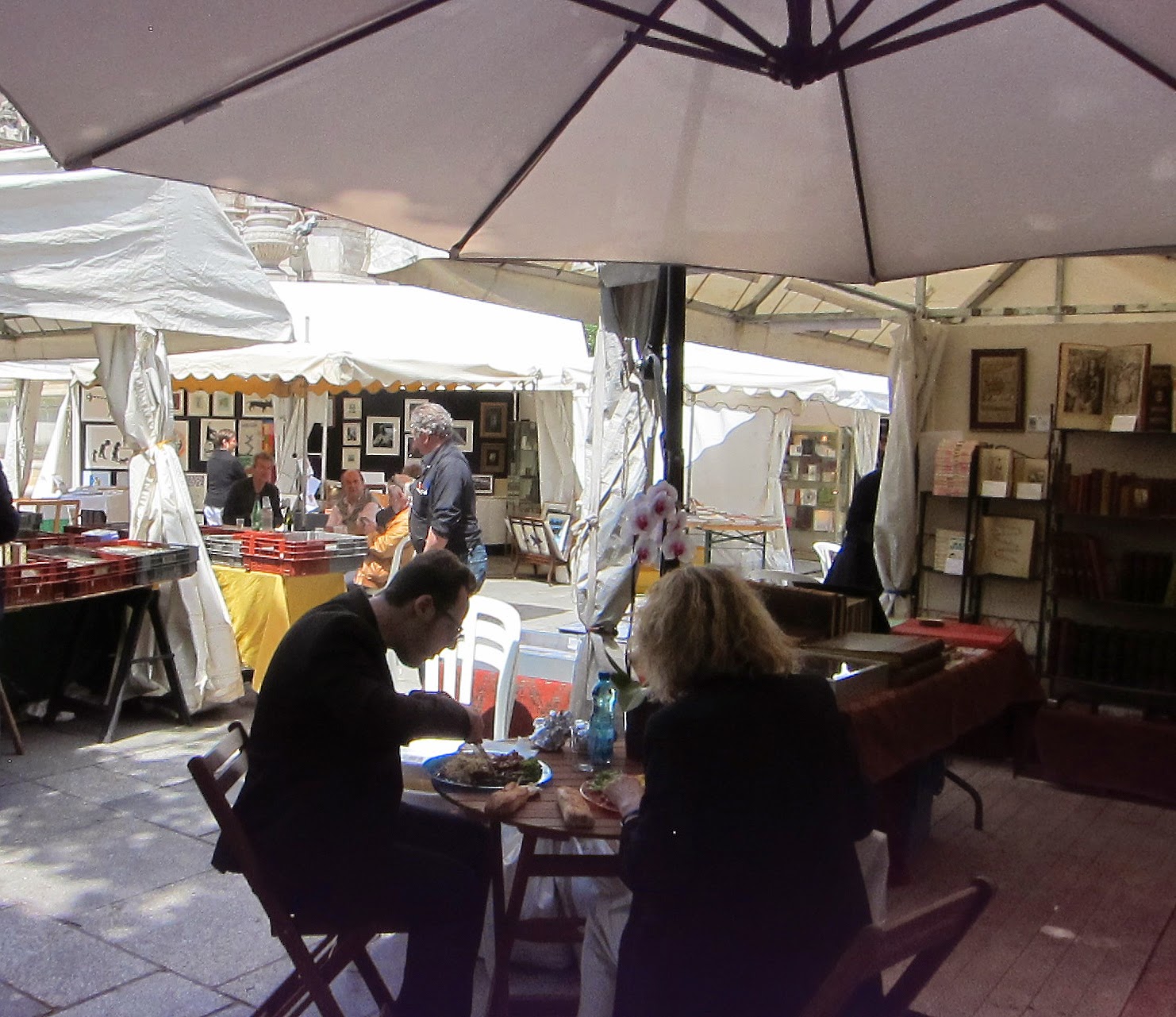 Many French dealers at fairs take time to have lunch, often at their stands, with plates and silverware, fresh baguette and wine. So civilized. Bon appetit. 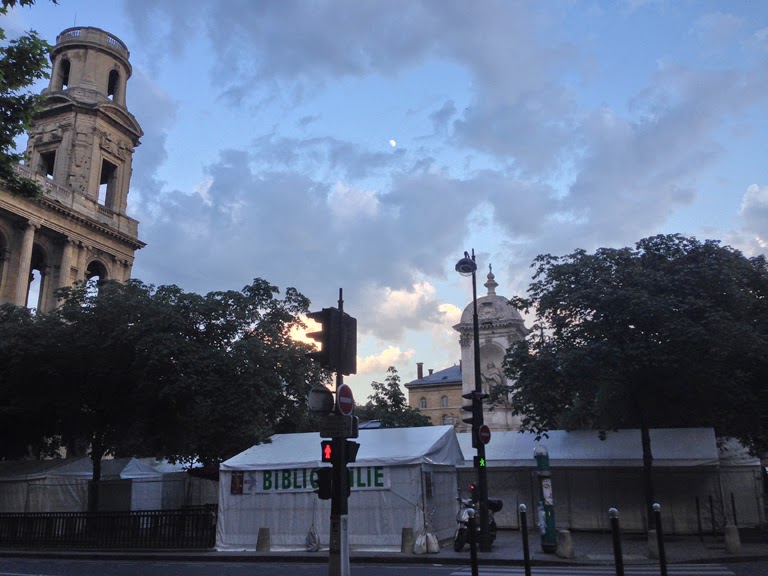