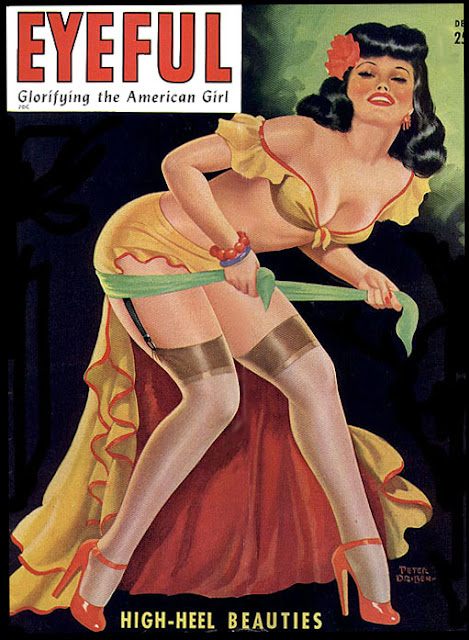 
The magazines were filled with leggy models, glamor girls, strippers and starlettes posed in lingerie, stockings, garters and high heels, bathing suits and strip-tease costumes. The emphasis was on their legs, garters, stockings and foot wear; there was NO nudity. The covers were primarily pin-up illustrations painted "three-up" (three times the size of the actual magazine) with Peter Driben being the major contributor of cover artwork. Over the years I have bought and sold a few original Driben pin-ups. His ability to capture the charm, figure  and seductive essence of a woman with a brush and oil paint is evident in the cover artwork he created for Harrison's publications.


Here, from my archives, is Part Two of an homage to one of the great American pin-up artists of the 1940s and '50s. Featuring cover artwork by Driben as well as samples of the photographic layouts. 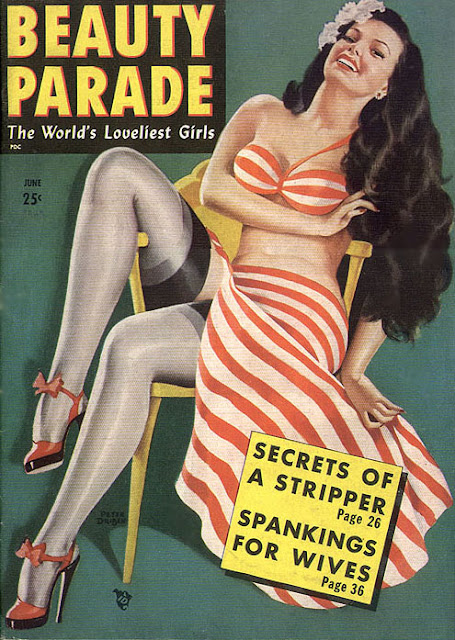 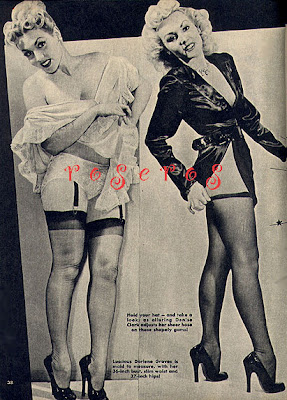 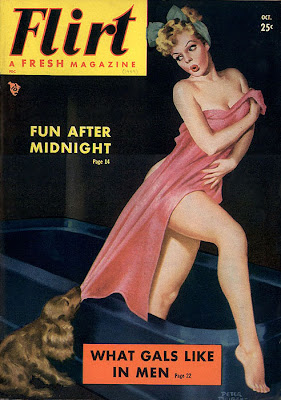 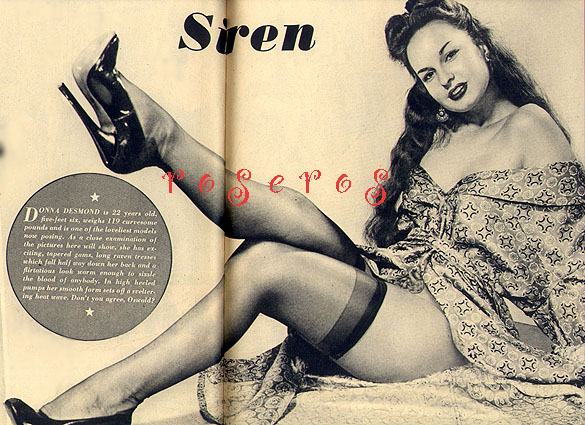 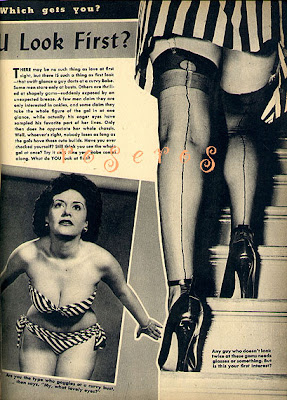 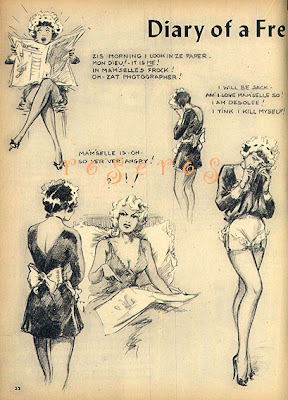 John Willie illustrations for the DIARY OF A FRENCH MAID serial 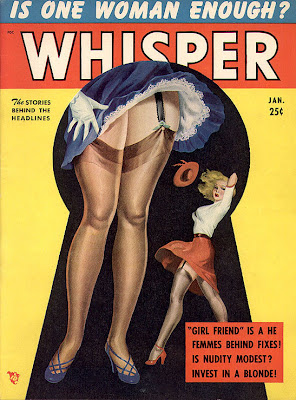 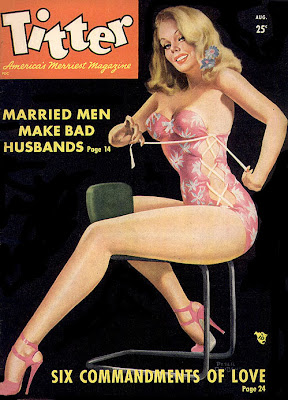 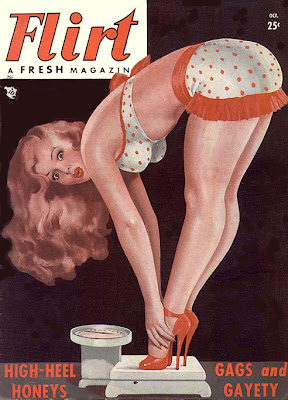 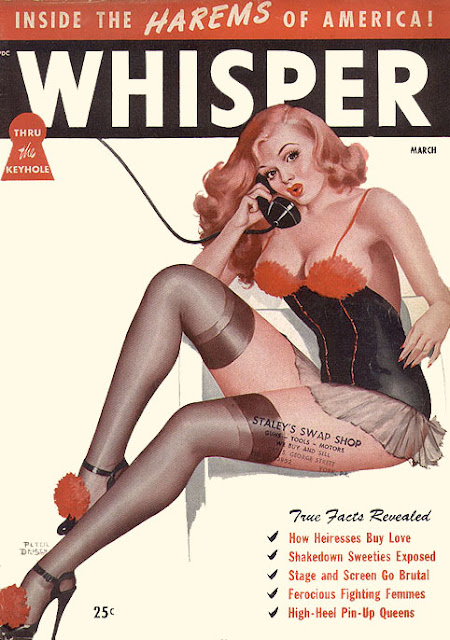 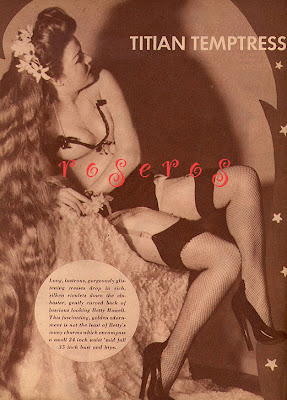 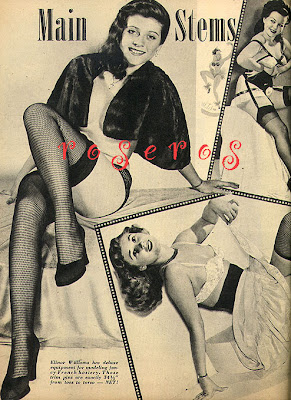 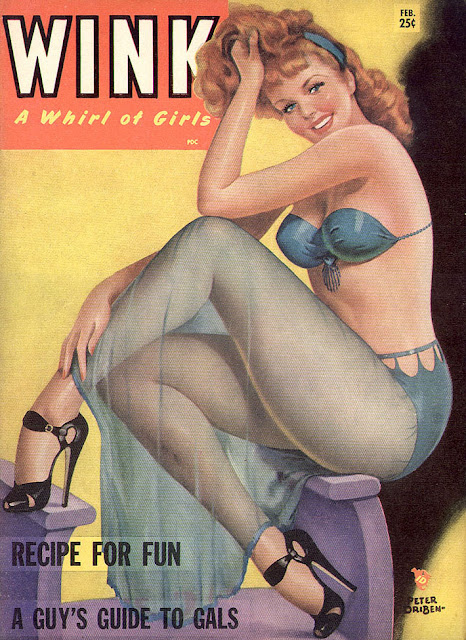 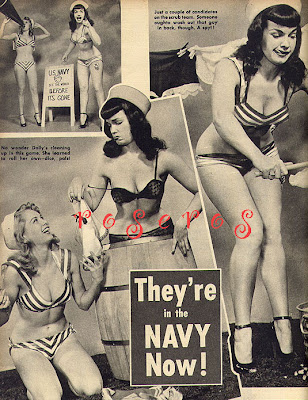 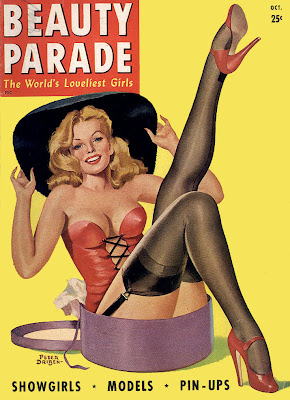 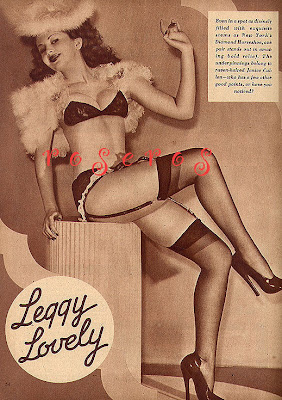 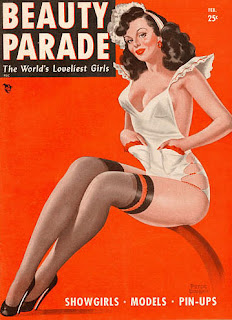