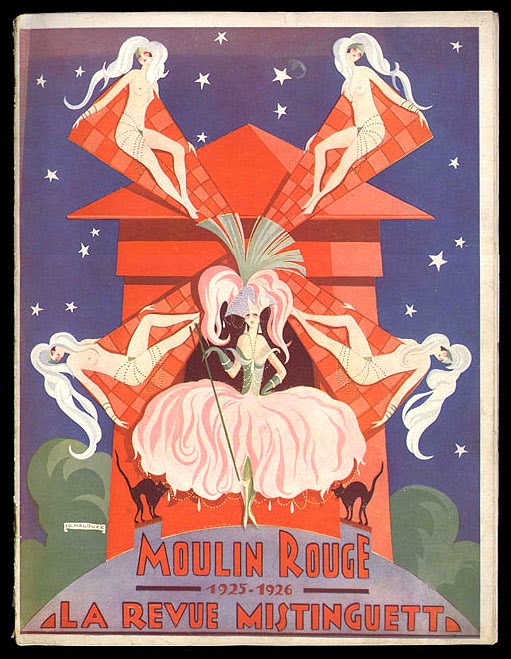 Images from souvenir and commemorative programs for the legendary Parisian music-hall, the Moulin Rouge. In it's earliest days, an important destination for Parisian denizens of the night, a mecca for artists, celebrities and for the ladies and gentleman who catered to them, including prostitutes. Today, regarded exclusively as a tourist trap, where no self-respecting Parisian would want to be seen. Nonetheless, the immediately identifiable structure and it's signage remain imbedded in the iconography of the city. Even today in the overwrought era of "digital" outdoor advertising (think Times Square) the restoration of the building and signage presents an impressive display of orange and red illumination. 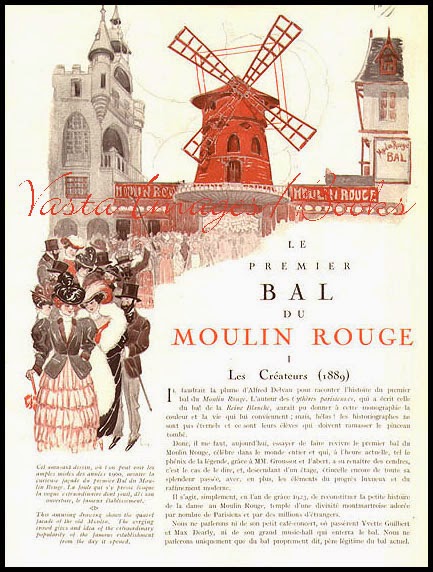 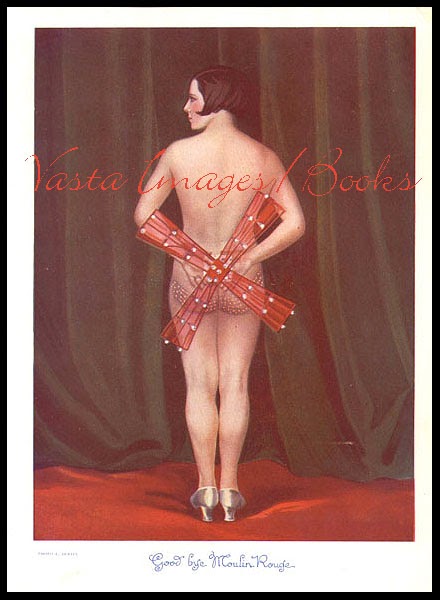 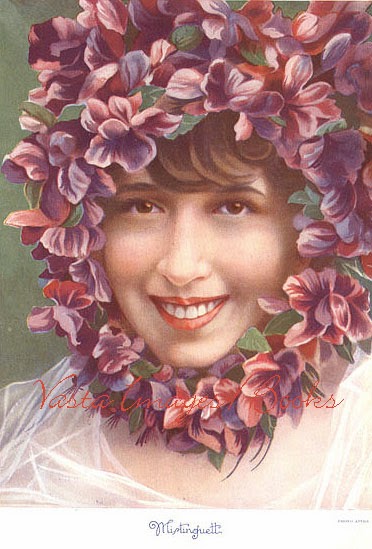 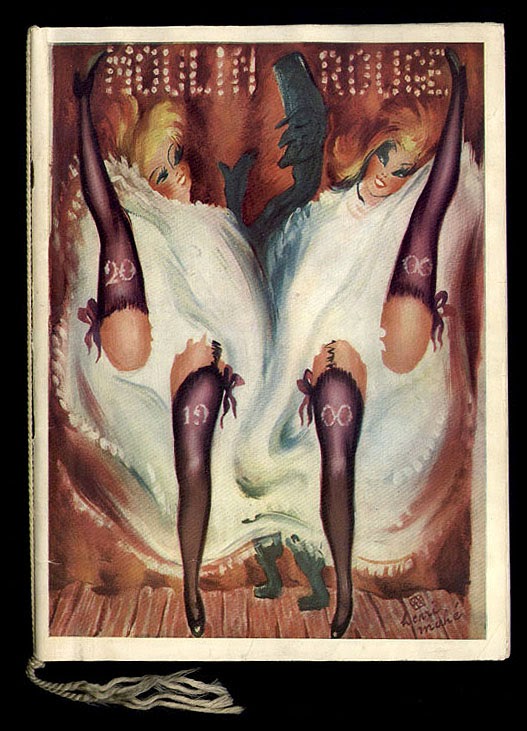 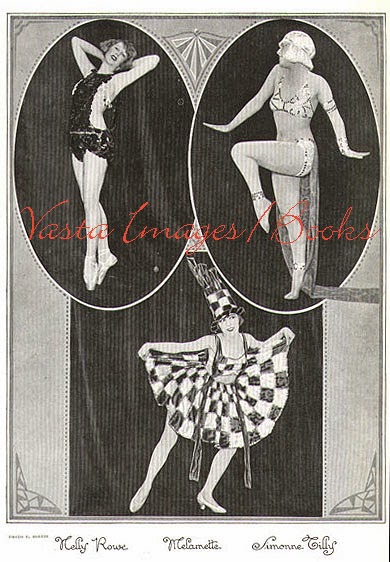 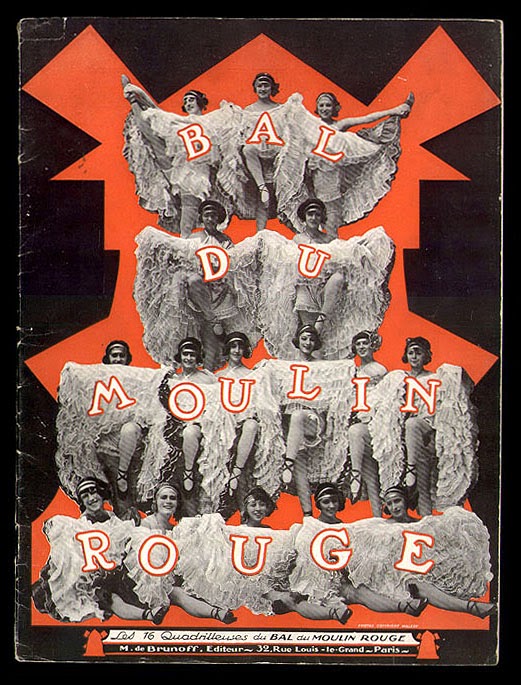 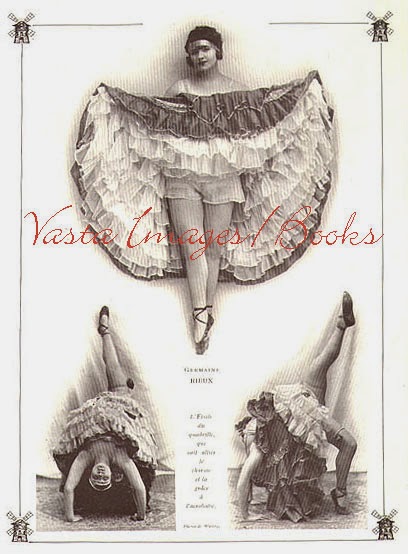 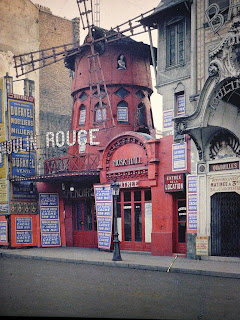