Frederick's of Hollywood: Point It! Firm It! Cinch It! 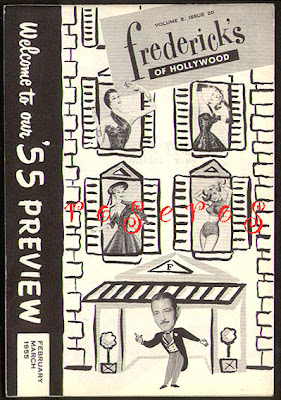 Culled from a large collection of original Frederick's catalogs, circa mid-1950s to the early 1960s, here is a selection of covers and catalog pages. Frederick's, famous for its line of seductive, Hollywood inspired lingerie, was started by Frederick Mellinger in 1946. Mellinger, inventor of the push-up bra, made his mark with the flagship Frederick's store on Hollywood Boulevard in Hollywood, California where it remained for 59 years. His mail order catalog business, primarily of fanciful lingerie, was very successful and a model for many other speciality, direct mail business to follow.


On the verge of collapse in 2001 the company filed for bankruptcy. In 2006 it merged with sleepwear manufacturer, Movie Star and moved it's headquarters to New York City. It is a publicly traded company with outlets throughout the United States as well as an on-line presence. A handful of original catalogs are available on eBay.

(above and below) Two mail order catalogs from the mid-1950s.
Printed in black and white in a small format, measuring approx. 5.5" x 8.5" 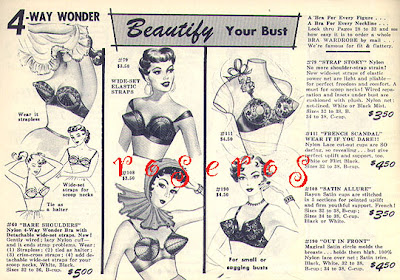 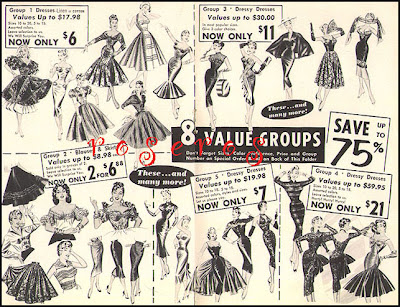 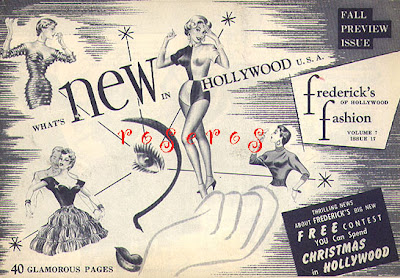 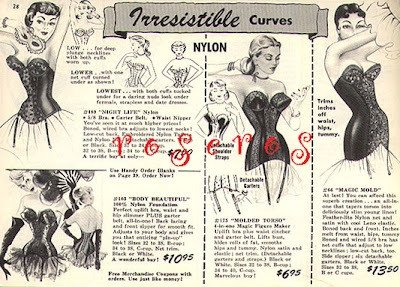 The earliest catalogs were published circa 1948 and are similar in format to the three reproduced above. By circa 1958/59 the format of the catalog was increased to approx. 8" x 10.5". Soon after the covers were printed in color and then two to four interior pages in color were added as well. For many years nearly all the catalogs were illustrated, with only the occasional use of photography. Stylistically that set a tone for the overall look of the catalogs, as well as giving the artist's the freedom to create the desired "support" in all the proper places.

Besides every possible variation on ladies seductive lingerie known to humanity, Frederick's also offered dresses, skirts, pants, swim suits, shoes, wigs, outerwear and more as well as items for "that special man in your life". Each "season" brought a few new additions to the "standard" Frederick's line of products. Eventually the catalogs became a reflection of the changes in style in fashion, reinterpreted as only Frederick's could.

Frederick's, in a departure from most every other mail order company, not only printed serial information in each catalog but also the date. These early catalogs, and indeed all the Frederick's catalogs, have become "style books" each one with the exact date of publication, taking the guess work out of placing the period. By doing so, in retrospect, it made each catalog a very useful research tool for stylists, clothing and costume designers and other creative types including illustrators and photographers. Here's to 65 uplifting years of the Frederick's of Hollywood enterprise! 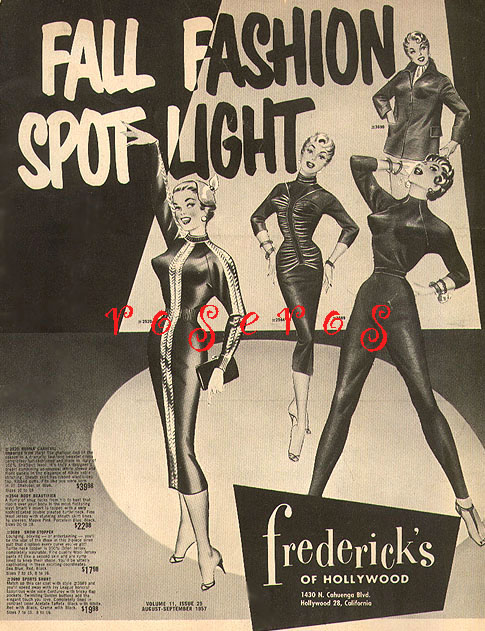 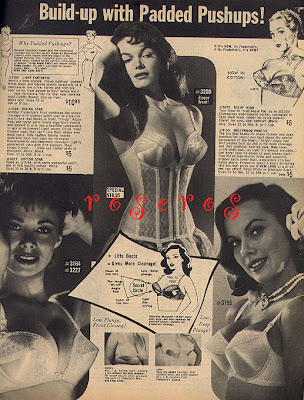 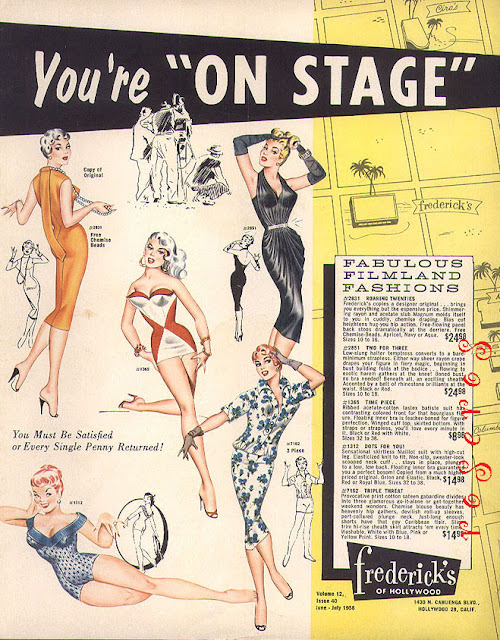 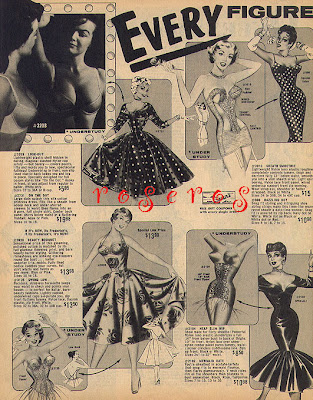 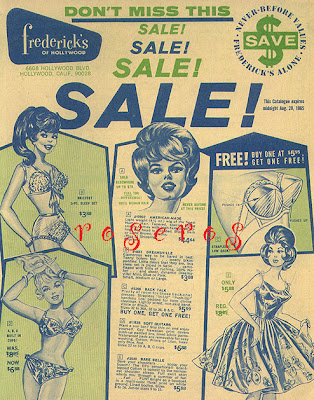 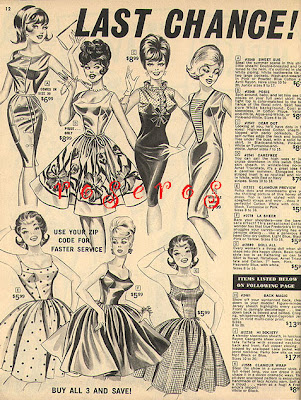 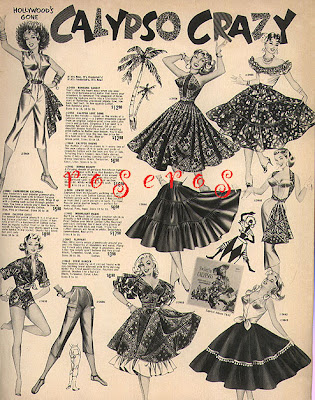 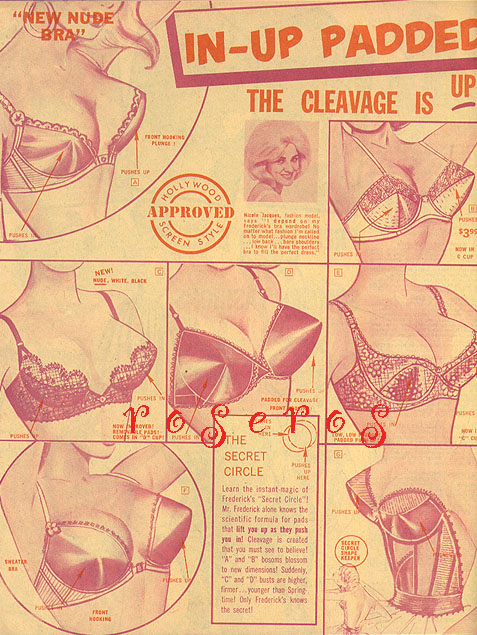 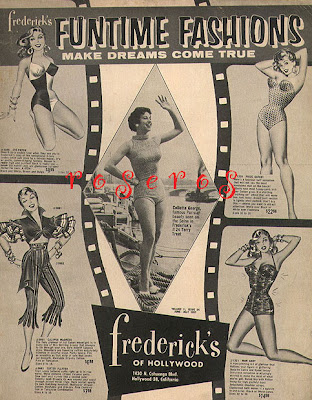 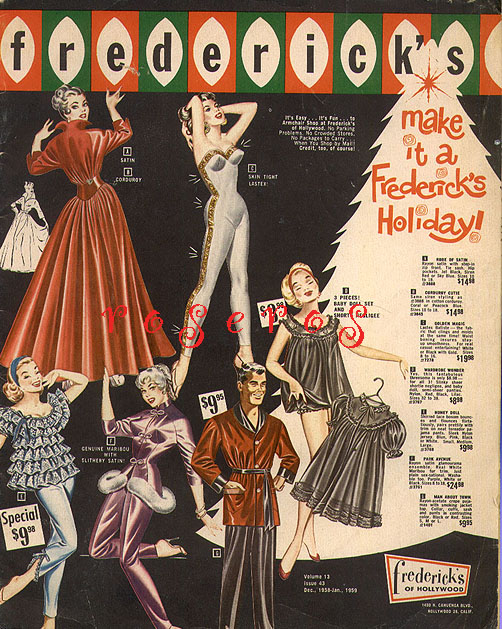 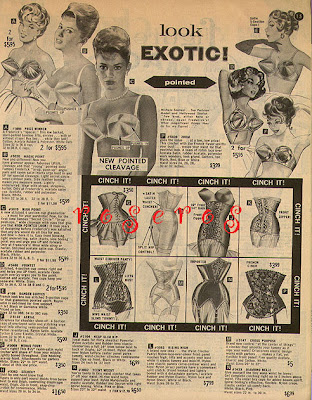 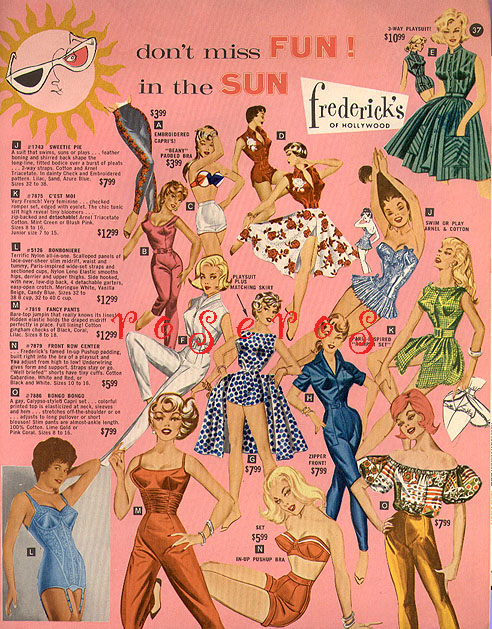 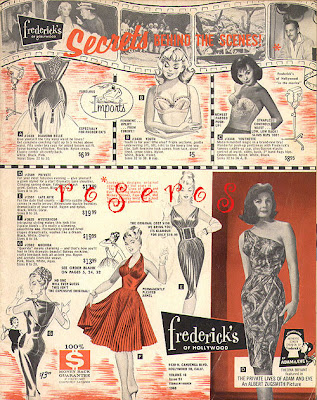 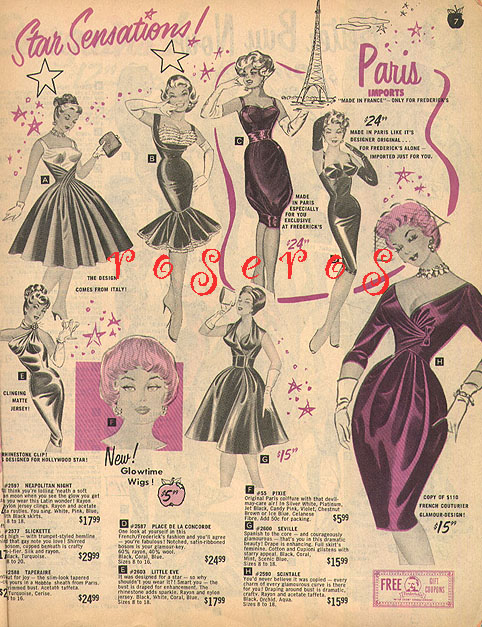 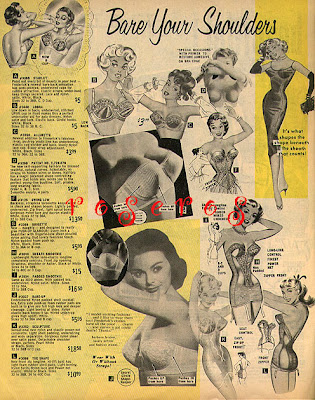 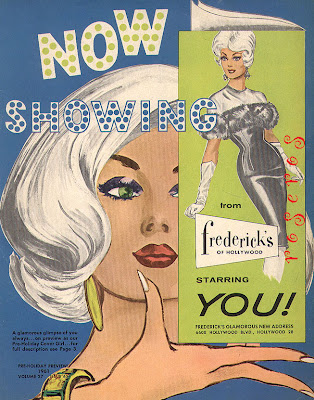 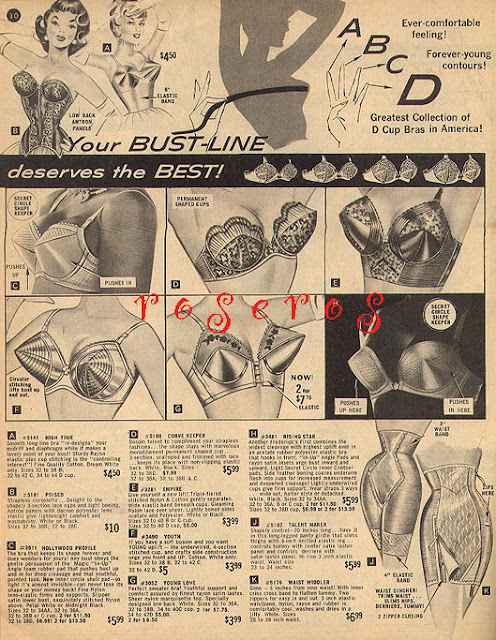 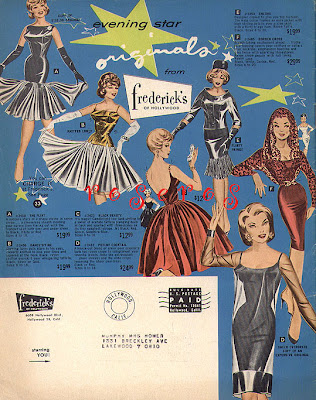 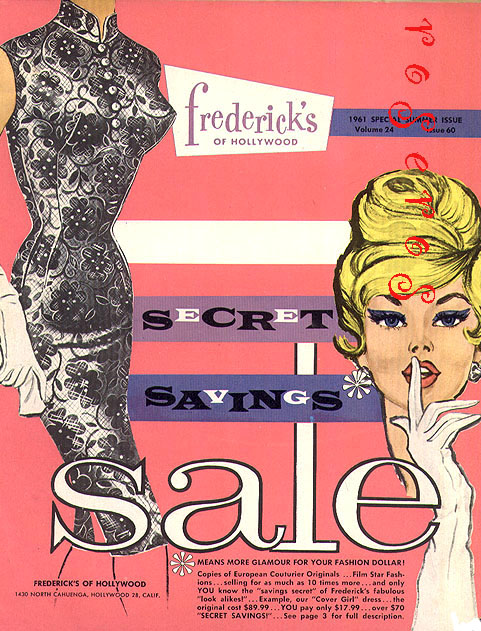 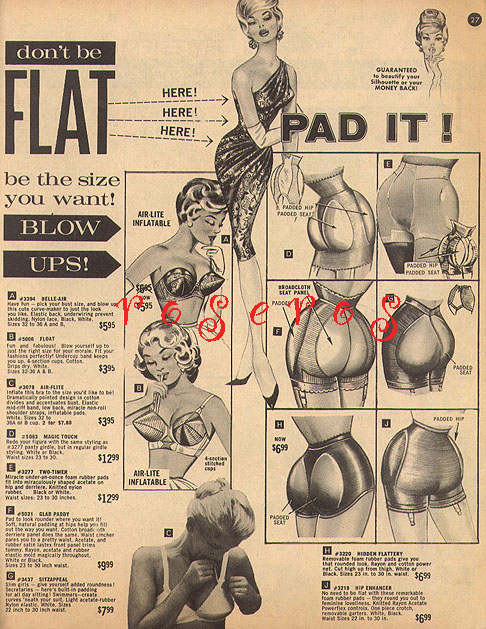 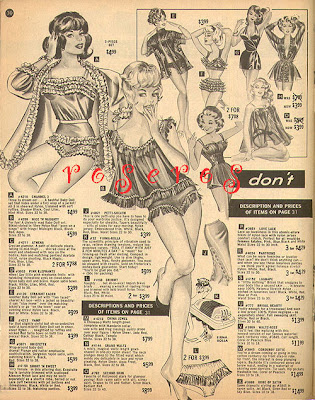 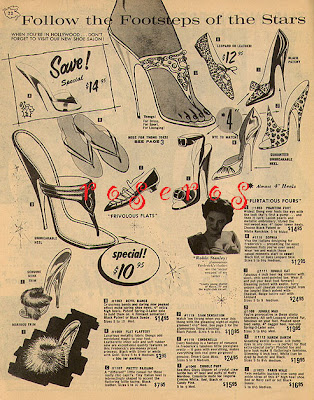 Click here to view the Frederick's items in my eBay store
Posted by Joseph Vasta at 1:20 AM