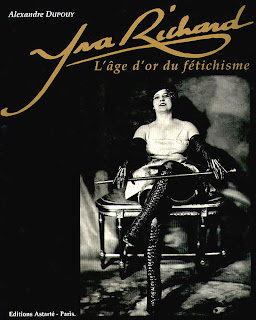 The Yva Richard company in Paris is most well known for their creation of excellent and obsessive "fetish" photographs from the early 1920s to the mid 1930s. Much has been written and posted on the web about the married couple working behind and in front of the camera to create these marvelous photographs. Unfortunately most of what is posted in inaccurate, misrepresented and in one case, almost all wrong.

Why they did not read Alexandre Dupouy's excellent book YVA RICHARD L'Age d'Or du Fetichisme (Editions Astarte: Paris, 1994) above, is in some ways typical of the web mentality. Information is "reposted" or (gulp! can I actually get the word out) "reblogged" without consideration of historical fact or accuracy. However, I digress. My mission is not to criticize what I see around me in the virtual world, but to share imagery from my archives for your pleasure.

Alexandre Dupouy's book came to life after his frustrating attempts to get the Yva Richard book published in time for the 1994 Mois de la Photo in Paris. Realizing that the book was not going to be published in time for the exhibition planned at his gallery, he took matters into his own hands and by default, started Editions Astarte. Alexandre and his wife Jocelyne are the editors and publishers of Editions Astarte, to date with about 35 books in-print, including my 2009 book, BEAUTES TINTEES (Tinted Beauties) which I will dedicate a separate post to in the near future. 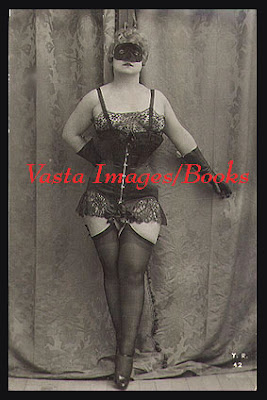 The groundwork for the Yva Richard photo studio began in the early 1920s. At the time the company was creating lingerie for the boudoir as well as what they referred to as "lingerie travesti" (costume lingerie). Soon, looking to achieve the quality of photographic imagery they wanted for catalogs and ads, they created and operated their own photographic studio. Mr. Richard moved behind the camera and his voluptuous, seemingly "naturally" exhibitionistic wife, Nativa, became the model.

By the late 1920s the lingerie company had collapsed and in it is place Yva (Nat-iva = Yva) Richard became solely a photo studio creating and selling exceptional, high quality photographs of Nativa in seductive lingerie. They progressed quickly, from lingerie "costumes" to lingerie transformed into fetishized attire. The outfits consisted of thigh high leather boots, very long leather gloves, lace bras and panties; plus satin corsets, garter belts, silk stockings and patent leather high heels. In the 1940s, John Willie's Bizarre magazine, referred to these combinations as "fantasy fashion". Nudity was rarely seen in their photographs, except in small, teasing peeks (see the last two photographs).

The photographs were created in two sizes for distinct purposes. The first were 5" x 7" and used as catalog photographs (fashion photographs) to sell lingerie, clothing and accessories. Some of the catalogs published the original photographs in groups of four as illustrations inside a printed paper wrapper. Later, when Yva Richard was selling only photographs they concentrated on postcard size, 3.5" x 5.5", photographic images (fetish photographs). With hindsight, it is plain to see that Monsieur Richard was obsessed with legs, stockings, high heel shoes and rear views of Nativa.

The Yva Richard name remained listed as a business in the Paris directories until 1943, however for this amazing couple, the "golden age of fetishism" ended in 1935, coinciding with increasing censorship and the advancement of the political right-wing in France. At that point their efforts as a photographic studio ceased to exit.
___________________

The first three images are the larger 5" x 7"  format and published in catalogs as original photographs. These images have the distinctive "YR Paris" logo rubber-stamped on the back. Note that in these three photographs the figure is complete, showing off the clothing, as you would expect in conventional "fashion" photographs. The model in all the photographs illustrated in this post is Nativa. 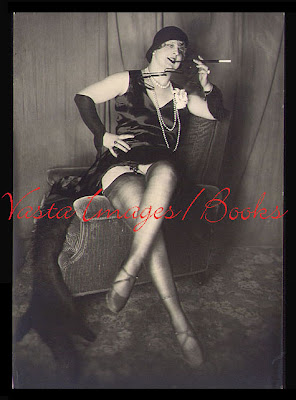 A quintessentially '20s French flapper ready for what ever the
night has in store. "Feu, s.v.p.!" 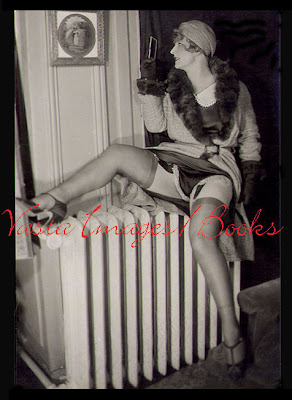 Flashing her legs and lingerie while catching a bit of heat atop
a warming radiator. Heat in Paris in the 1920s,
seems like wishful thinking! 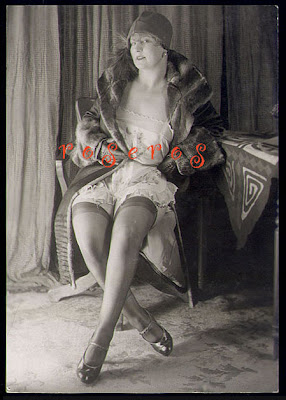 This second group are postcard size, 3.5" x 5.5", photographs. Here the emphasis moves from selling fashion to selling fetish, the photographs concentrating on the lingerie, legs, shoes and derriere of Nativa. Can you imagine Nativa's figure and form being accepted as "fashionable" in today's world? Only as a "plus-size" model. Note the "Y.R." logo + file number dropped out in the lower corner in all but one of the images. 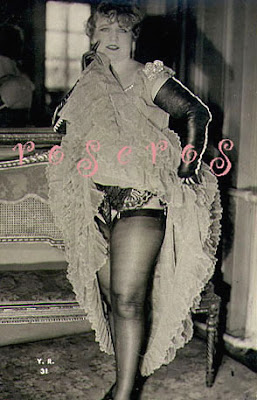 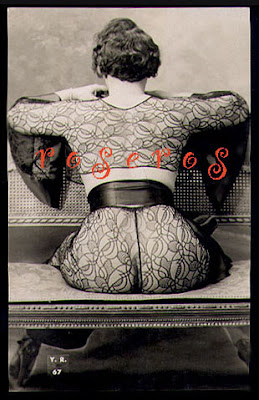 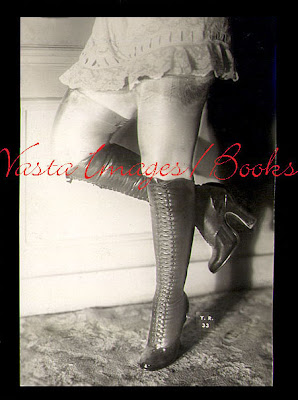 From a series of Nativa's legs and high button boots. 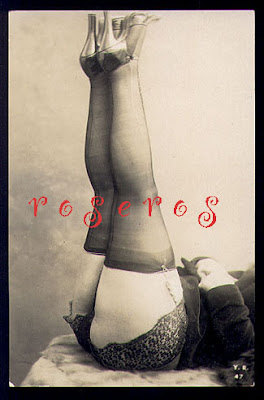 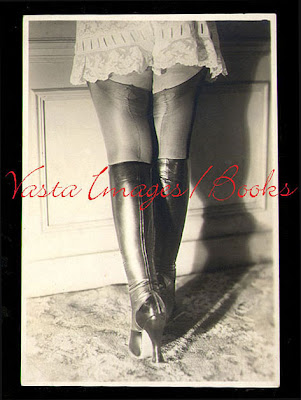 Boots and legs from the back. 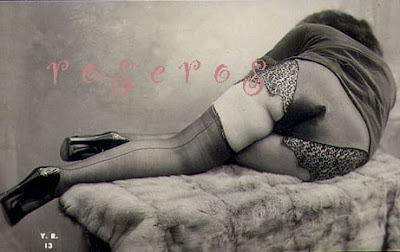 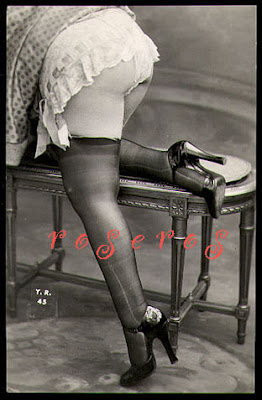 For some, the piece de resistance, showing a part of
each of the "essentials". 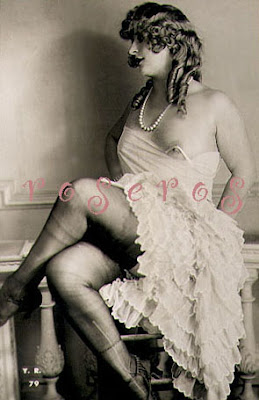 Mary Pickford wig and frou-frou chemise just a bit
hung up on the way down. 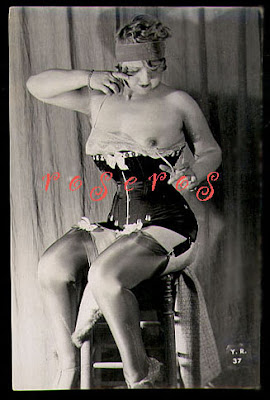 Click here to see the Yva Richard items in my eBay store
Posted by Joseph Vasta at 7:09 PM