While preparing the previous post of digest sized French girlie magazines I found in one of my files these four wonderful magazines with cover illustrations by J.David. So I had to do this quick post. I don't know anything about him and could not find anything on the web about him either.


Over the years I have seen only these four magazines with artwork credited to J.David. They include color covers + full-page black and white illustrations and smaller humorous illustrations with a one-line "gag". There is also a monochrome illustration used for a fiction piece at the end. David's line and effortless style of caricature are reminiscent of the work of American artist, Al Capp, the creator of Lil Abner. Medium format magazines, approx. 6.5" x 9", published in Paris circa 1953/1954. 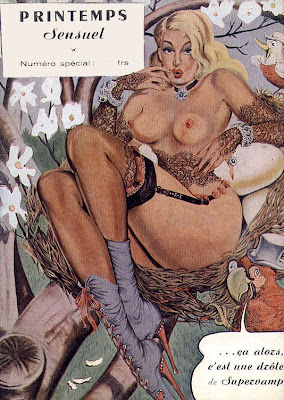 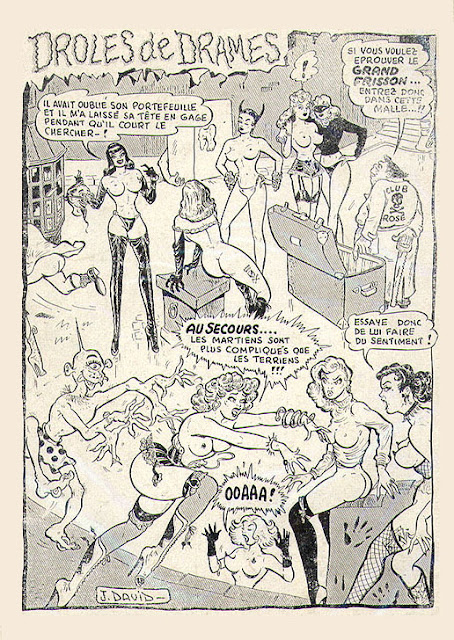 David's black and white illustrations, as seen here, are often situated outdoors: large groups of nude women (prostitutes) in super high heels and fetish boots, engaged in animated discussions with potential clients, martians and each other. 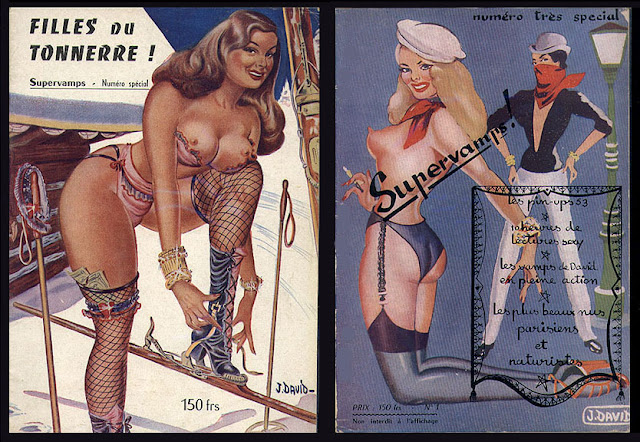 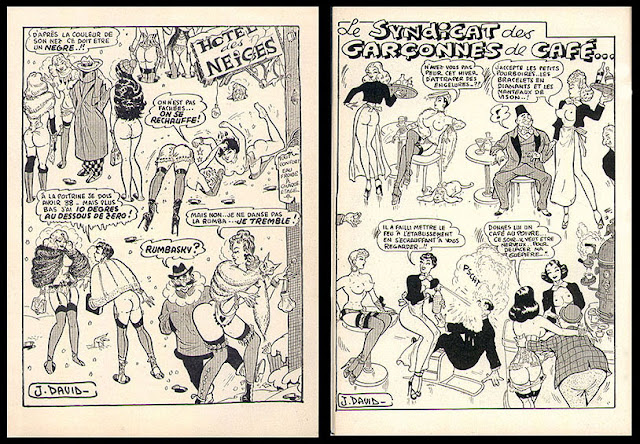 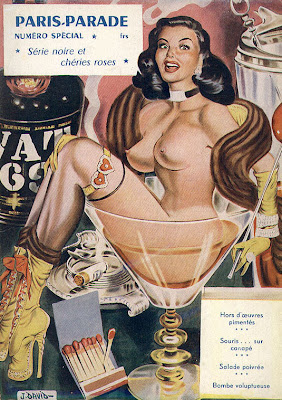 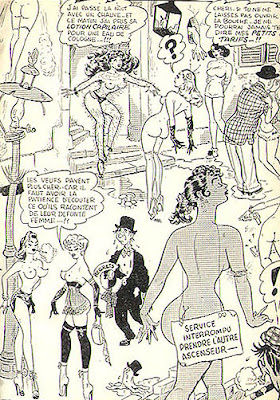 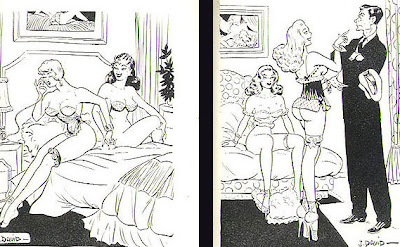 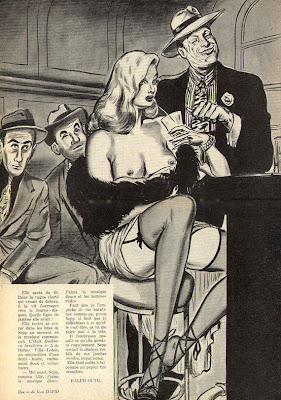 Click to see J.David items in my eBay store
Posted by Joseph Vasta at 8:01 PM