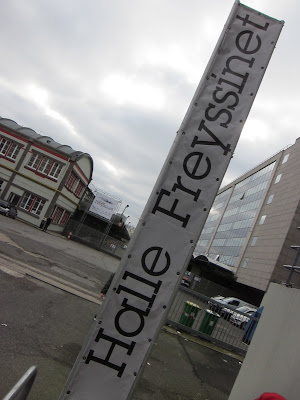 More pix from the Paper Show.
Entrance to the Halle Freyssinet complex. 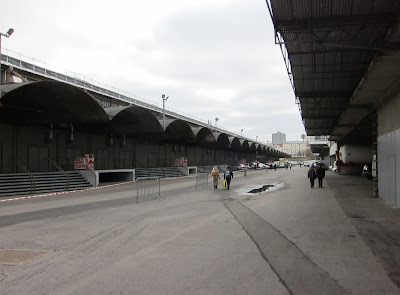 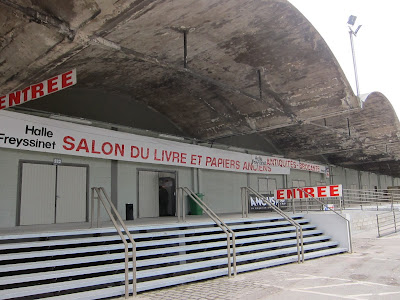 Long view of the hall and the entrance to the fair. 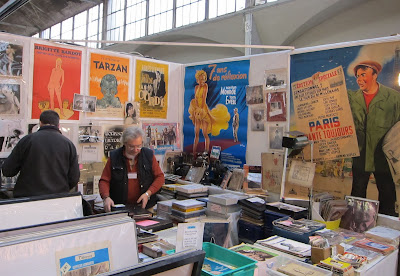 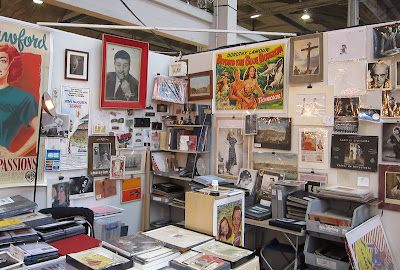 The always amazing selection of movie/cinema/film material at
the stand of Alain Gomet. 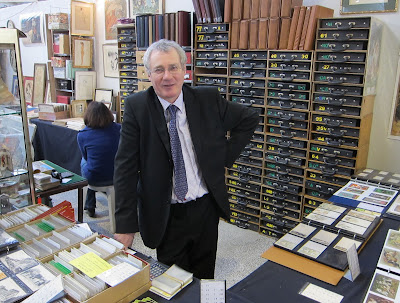 Marc Lefebvre, along with his wife Irene, are the pre-eminent
postcard dealers in Paris. 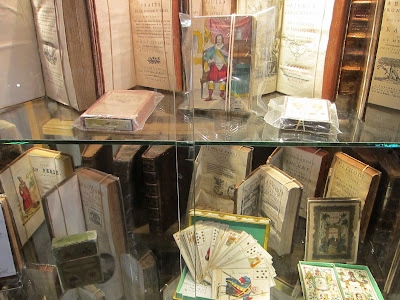 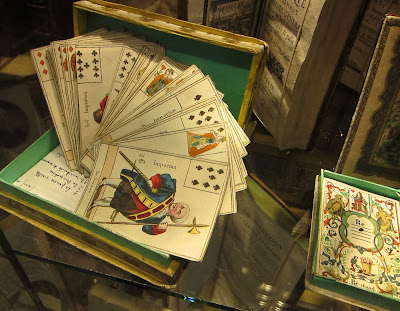 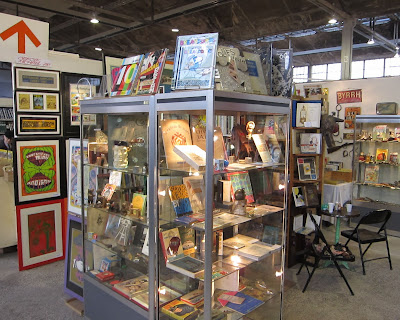 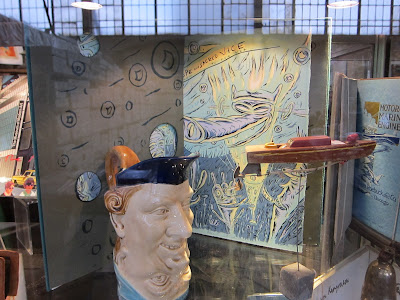 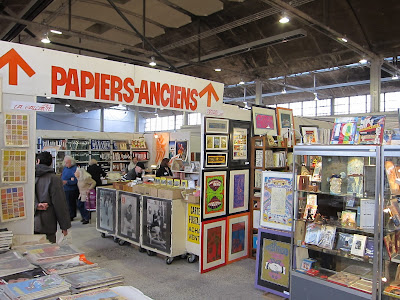 Books and graphic art dealer's stand at a major intersection of the paper
show area of the fair. 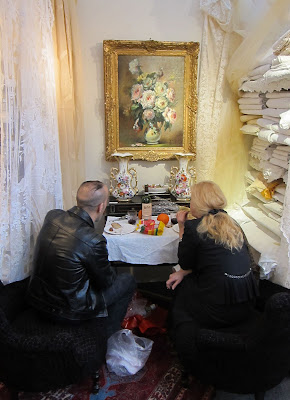 Fine linens dealer lunching at their stand in the antiques area of the fair. 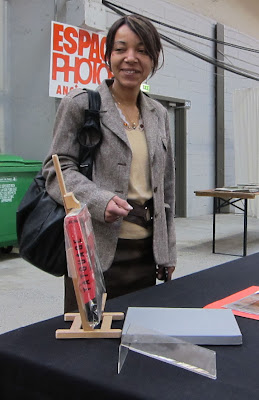 Erica Cebe manager of the fair. 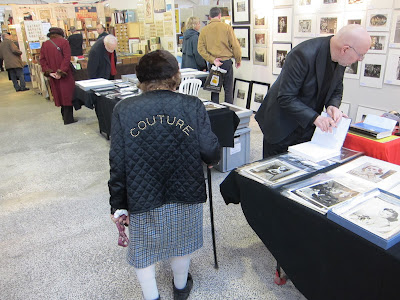 Fashion on the prowl, never resting. 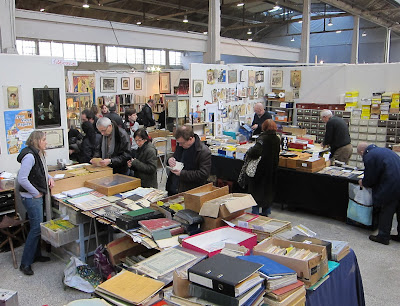 Customers and dealers at work. 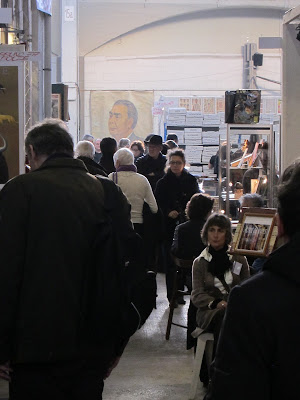 Long view down one of the aisles. Painting of Leonid Brezhnev on the far wall. 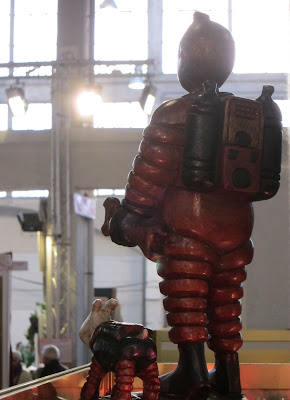 Statue of Tin-Tin and his dog Milou (Snowy). 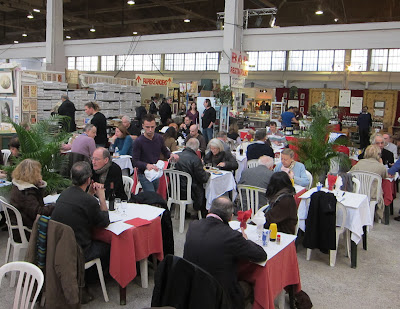 Le Perigord, large, central dining area at the fair. Three course meals
prepared at the site. Dining "sur place" as only the French can do it. 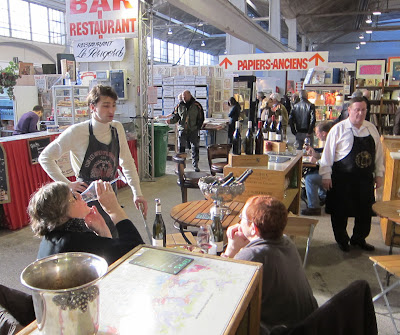 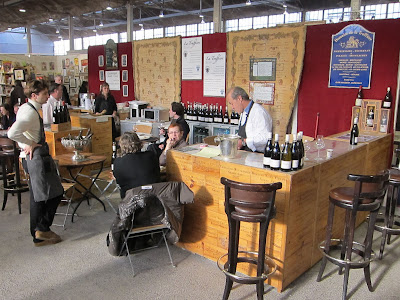 La Truffiere, one of the best wine bars at the fair. 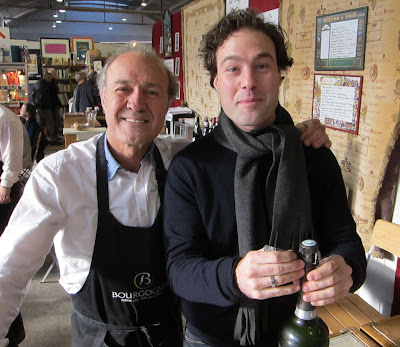 Robert and his son Roman proprietors of la Truffiere offering
marvelous tastes from the Puligny Montrachet area of France.
___________