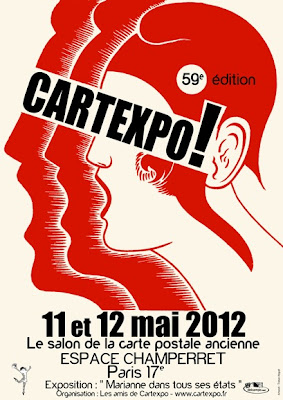 It was Cartexpo #59, the fourth installation at the new location for the Paris Postcard Show, Espace Champerret. The turnout, as is now the norm, was a bit sparse, however the sales were brisk and the few dealers I spoke with were pleased with the outcome. Below are a few photos from the show. In the midst of taking photos, I absent mindedly forgot to shoot my stand.

There was a lot of actively in Europe in May and early June. I opted out of the London Photo Fair and the Veronafil Collectibles Show (which overlapped with the earthquakes quite close to the area in northern Italy) to spend a week in Berlin to visit colleagues, a postcard show, the flea markets and to get to know the city better. A post from Berlin will follow. 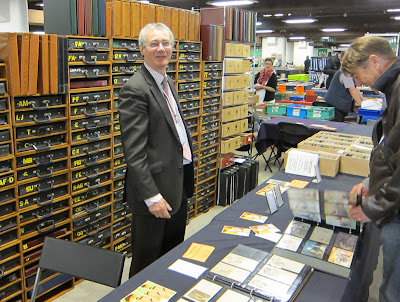 Marc Lefebvre at his stand, who along with Alexandre Przopiorski, co-chairs the show; both doing an excellent job! 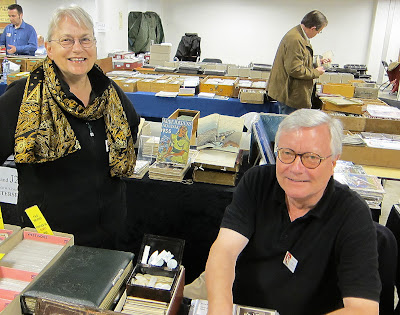 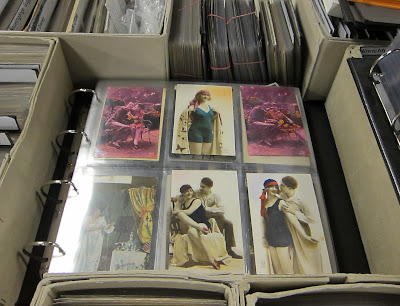 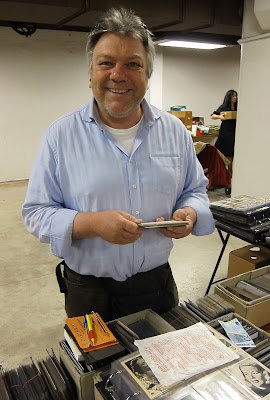 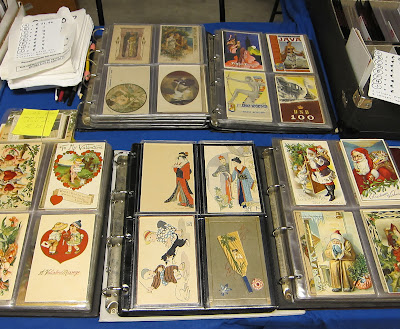 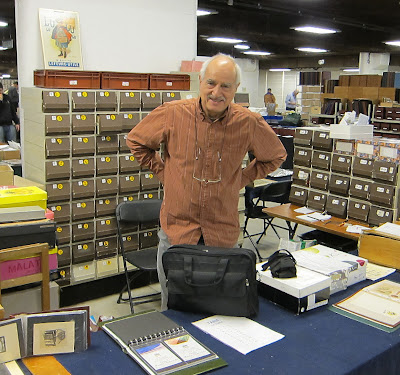