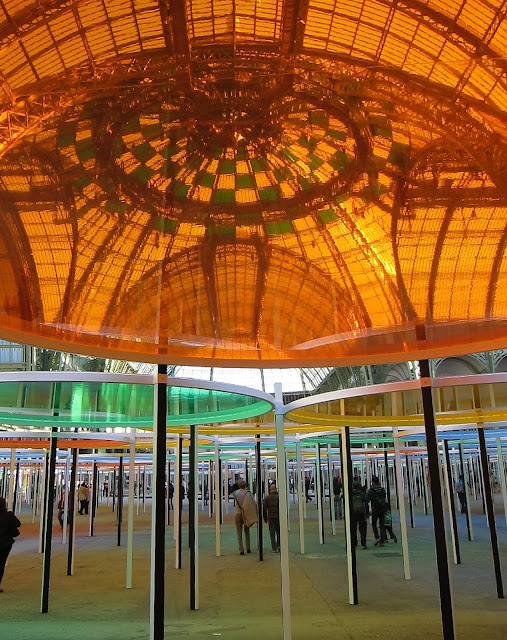 The few days I had remaining after the Paris postcard show were filled with visits to colleagues, bookshops, flea markets and a few exhibitions.


First was the annual Momenta, site specific, art installation at the Grand Palais. This year's invite went to Daniel Buren, noted for the use of bright colors in his work. Go here for more info about the piece which involved hundreds of large transparent color discs set on poles through which light from the crystal palace roof of the Palais illuminated the areas below. It was simplistic and at the time, seemed "non-monumental", however  as I review my photos, I like it in a "bigger" way. 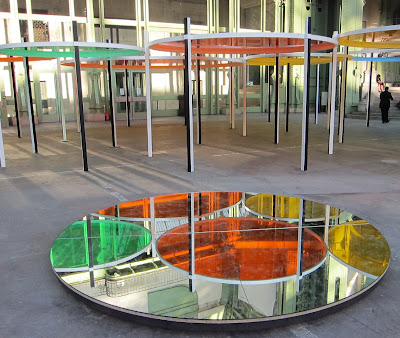 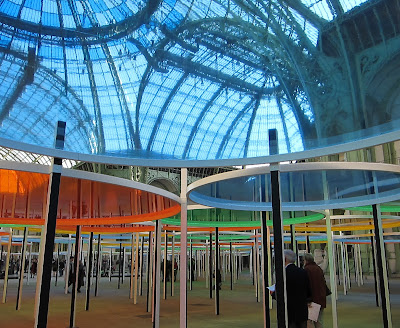 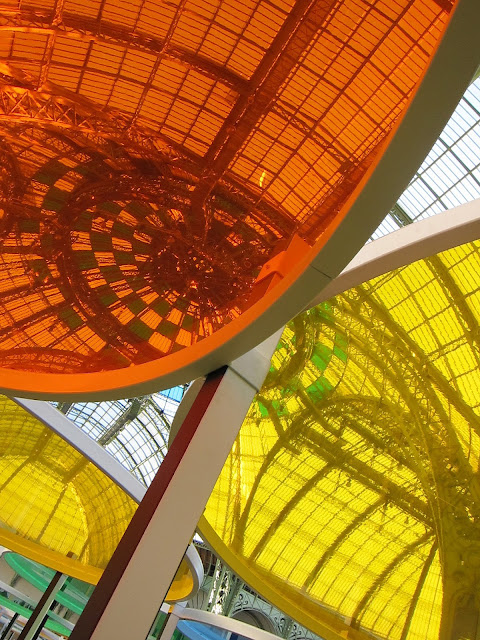 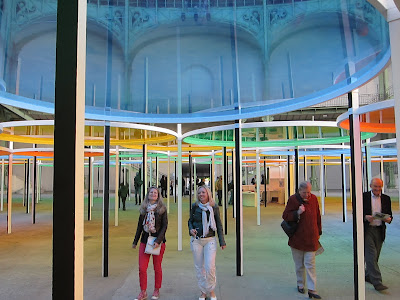 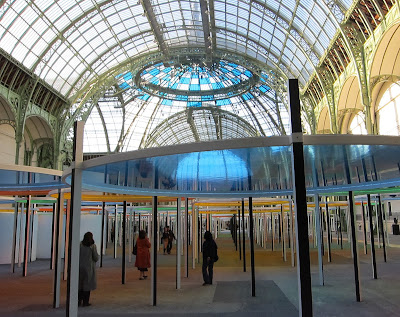 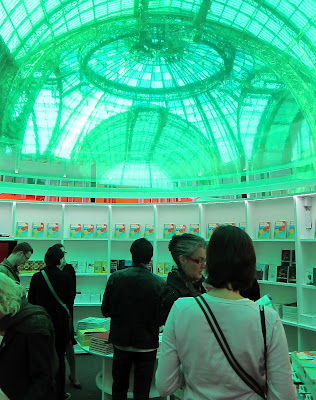 Adjoining Monumenta was a major exhibition of the photographs of Helmut Newton at the south end of the Grand Palais. Cameras forbidden so I can't show you what I saw. Here's a link to the website. 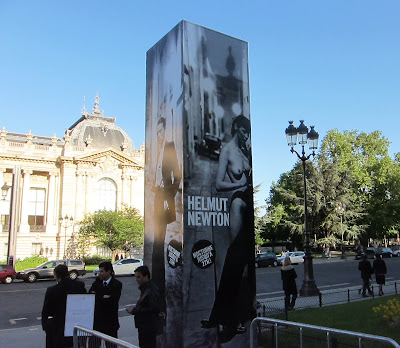 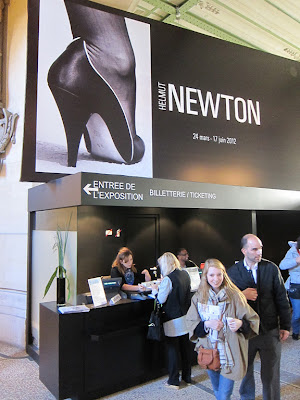 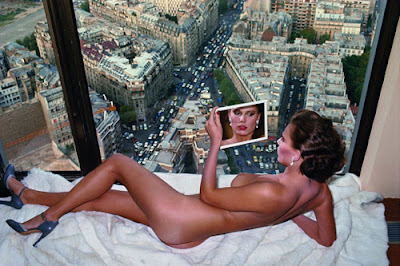 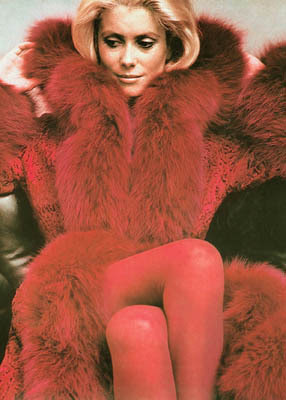 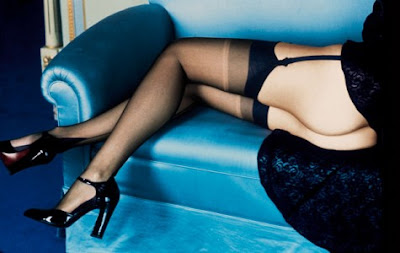 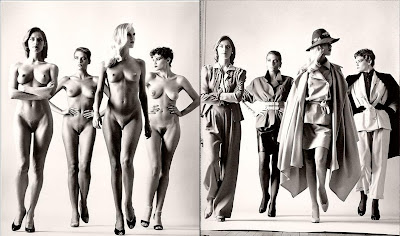 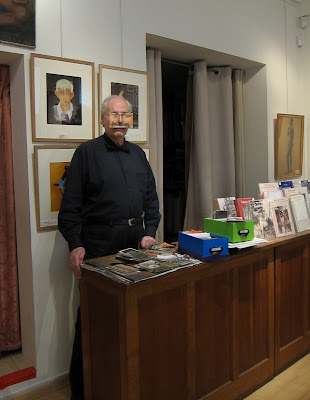 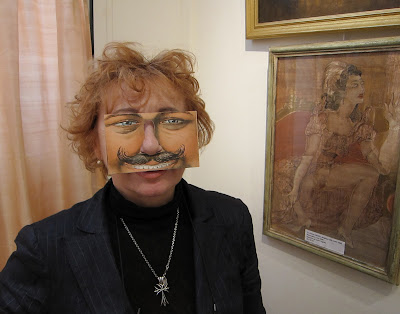 BRANCION BOOK MARKET
The book "flea" market at a former marketplace on the Brancion near the city limits in the 15th arrondisement is open Saturdays and Sundays. These days my visits to the market are primarily social, the time spent with friend and colleague Max Quetron.
Brancion market details. 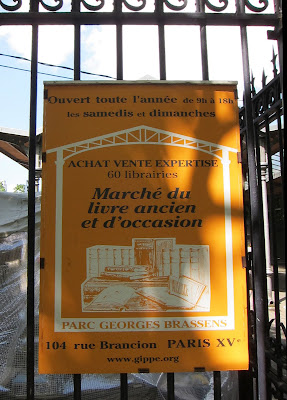 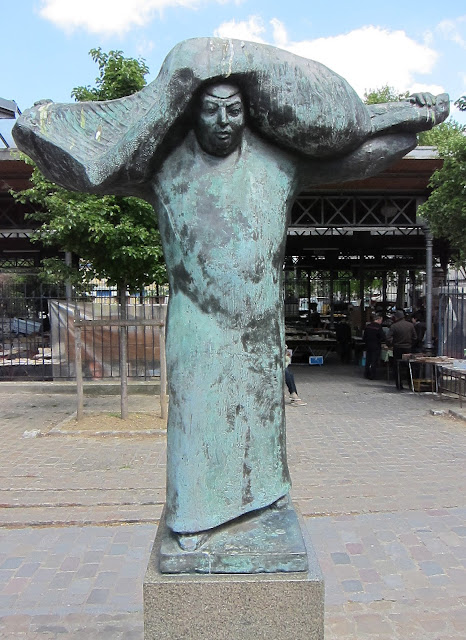 Sculpture of a butcher is the "mascot" at the entrance to the market and the Parc Georges Brassens which it adjoins. 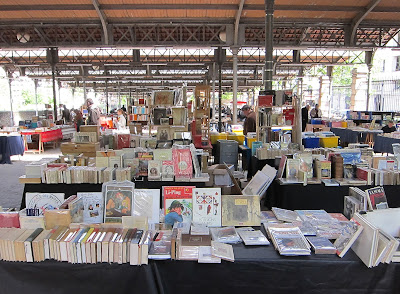 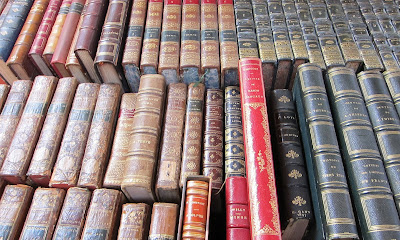 They look like books, however Max is looking at old video tapes of movies in the original, plastic clamshell boxes. 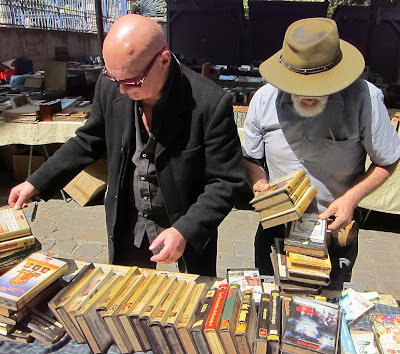 LUNCH with MAX
"Mr. Max" has been a fixture at the Brancion book market for years selling a mix of books, periodicals and photographs, all related to the cinema, pin-ups, glamour and the nude. We ate directly across the street from the market (at one of probably a hundred places in Paris named Au Bon Coin!) where the Sunday lunch is like "home cooking", the Aligotte is always cold and the conversation lively especially as we explore the bottom of the bottle. 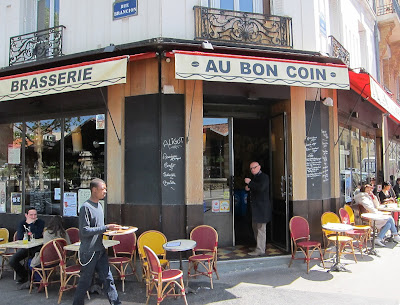 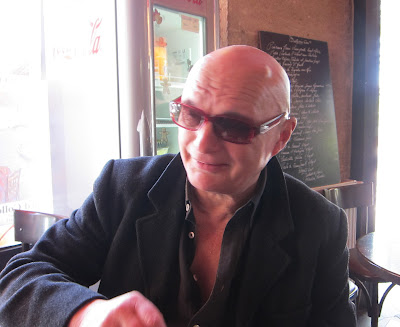 LA HUNE
Since 1949 La Hune was the landmark bookstore in St. Germain des Pres, on the boulevard and across the rue St.Benoit from Cafe de Flore. In February, while in Paris for the Paper show, a friend mentioned that (after years of rumors) La Hune was finally closing. And in very odd twist, it was going to reopen two blocks away in the corner space that was once another literary landmark in the neighborhood, Le Divan, a self proclaimed bookstore for "people who read". After protests and support from the local community, Le Divan finally met its demise about ten years ago and was replaced with a Christian Dior boutique! The 10 euro paperbacks were replaced with 2,500 euro handbags. Dior closed and in its place this shiny incarnation of La Hune, complete with curving staircase to the second floor art books, has arisen.

Latest info and address has not yet been posed on the web. It is located on the square, across from the St. Germain church at the corners of rue Bonaparte and rue de l'Abbaye. 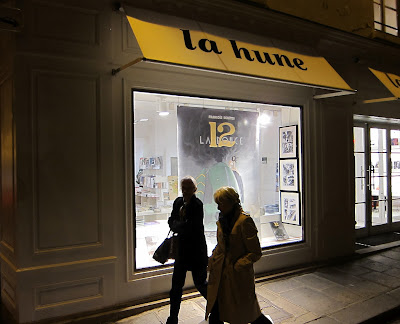 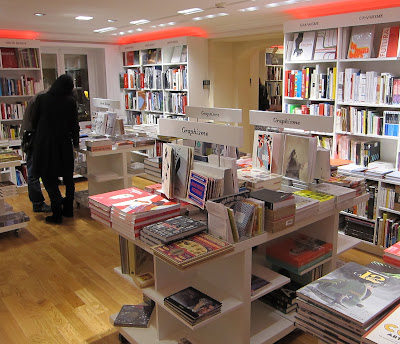 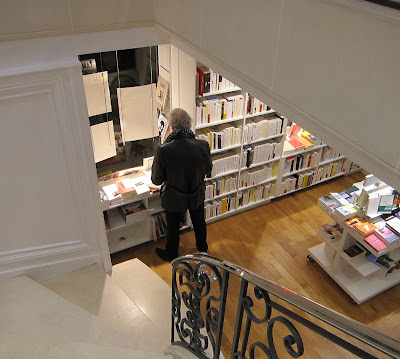 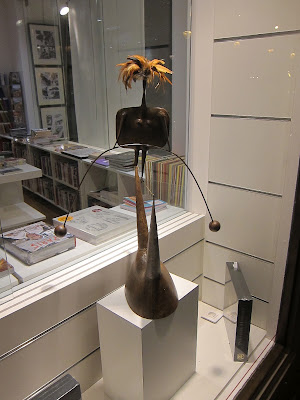 The original, landmark store, blvd St. Germain across from the Cafe de Flore. 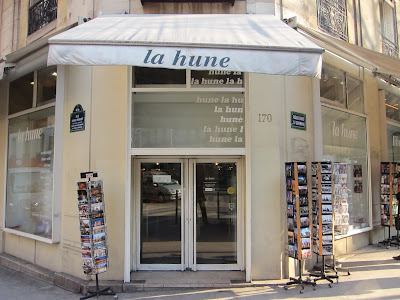