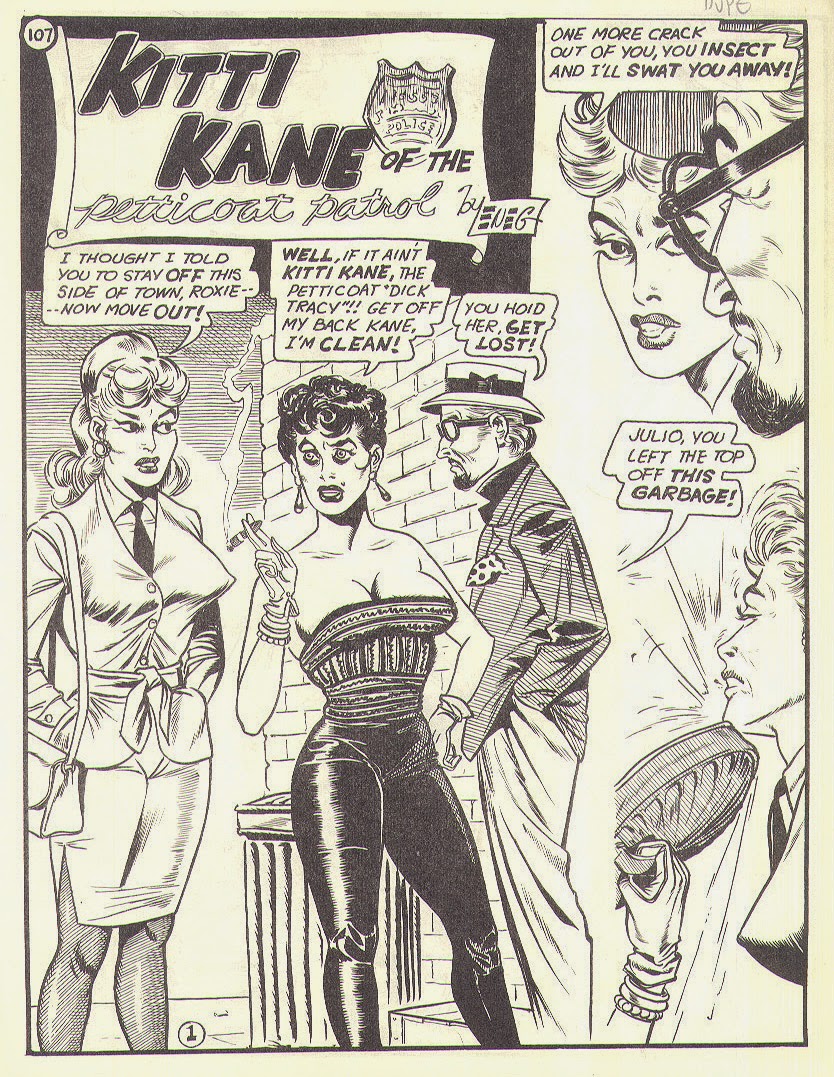 In the late 1950s in New York City Peerless Sales created an extensive series of four page publications illustrated by Gene Bilbrew and Eric Stanton. It was a single sheet of 11" x 17" paper, printed both sides and folded in half. Very scarce and including work by both artists not to be seen elsewhere. Posted here are a handful of issues illustrated by Bilbrew. As always with his illustrations, the main thrust of each story is the tough sadistic broad, dominate female out to settle a score, to prove that she and her sisters cannot be pushed around and abused. I love the comic books style of these four-page publications.

Characters featuring in the series: Big Milly, Kitti Kane, Blondetta, Enorma and Iron Woman. Here's a random selection, a handful of which are still in stock and available for purchase. 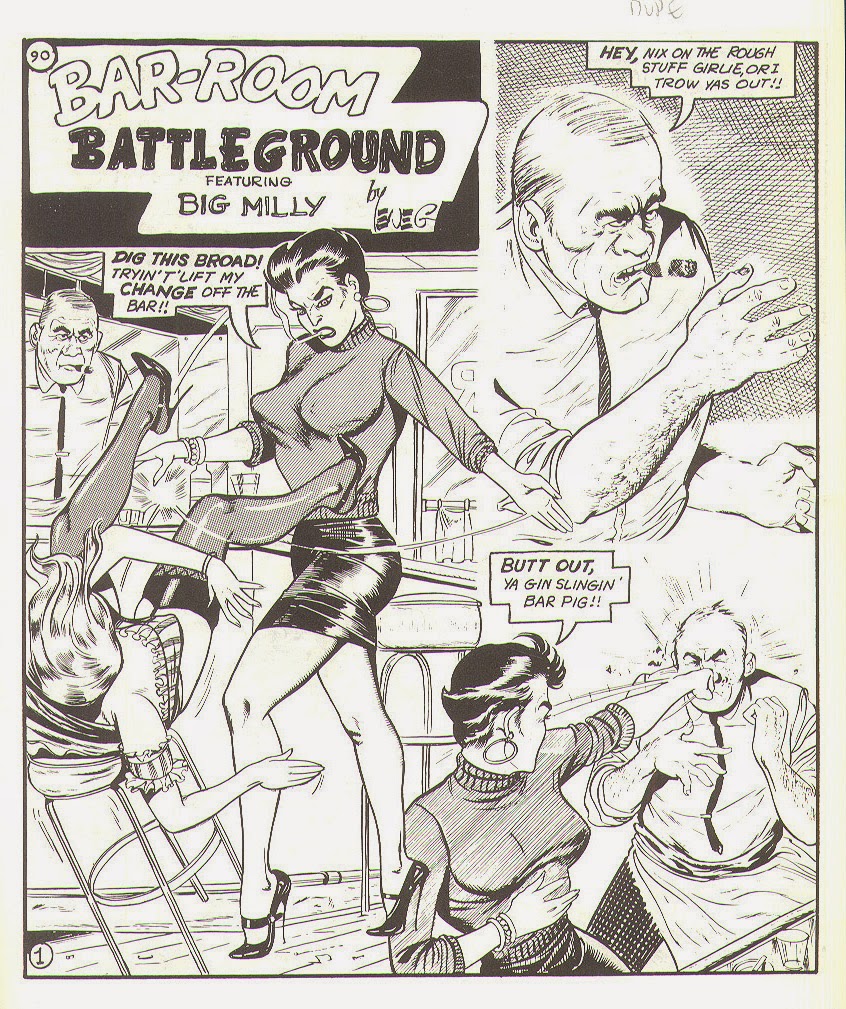 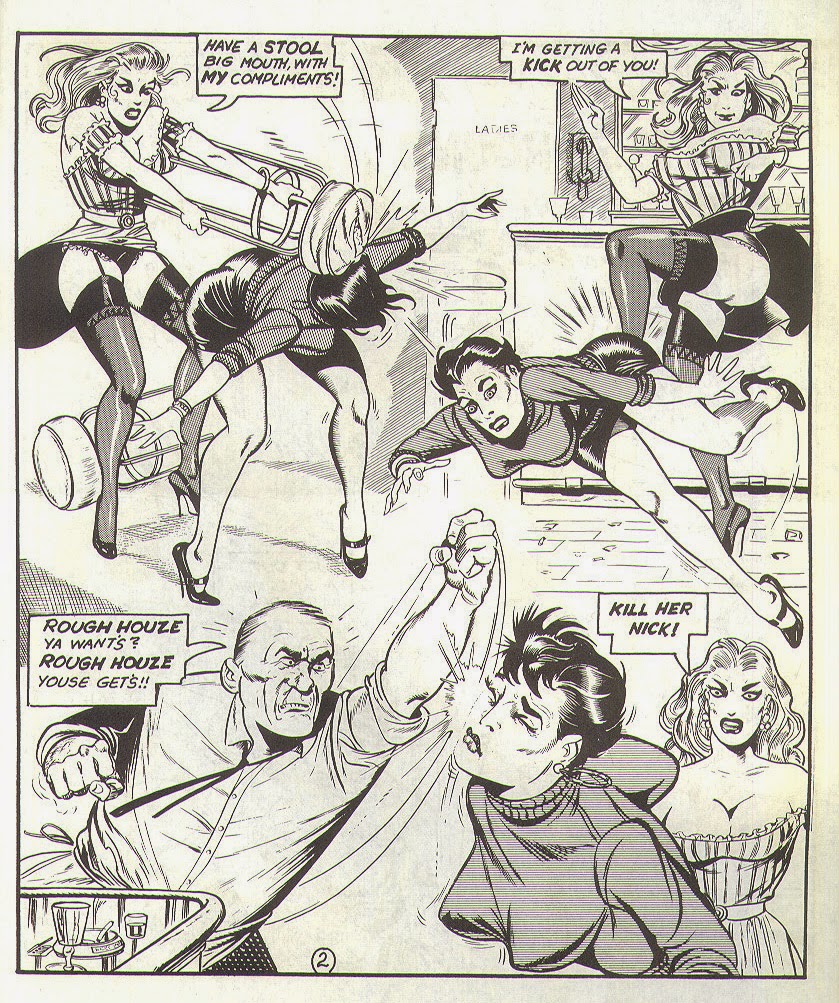 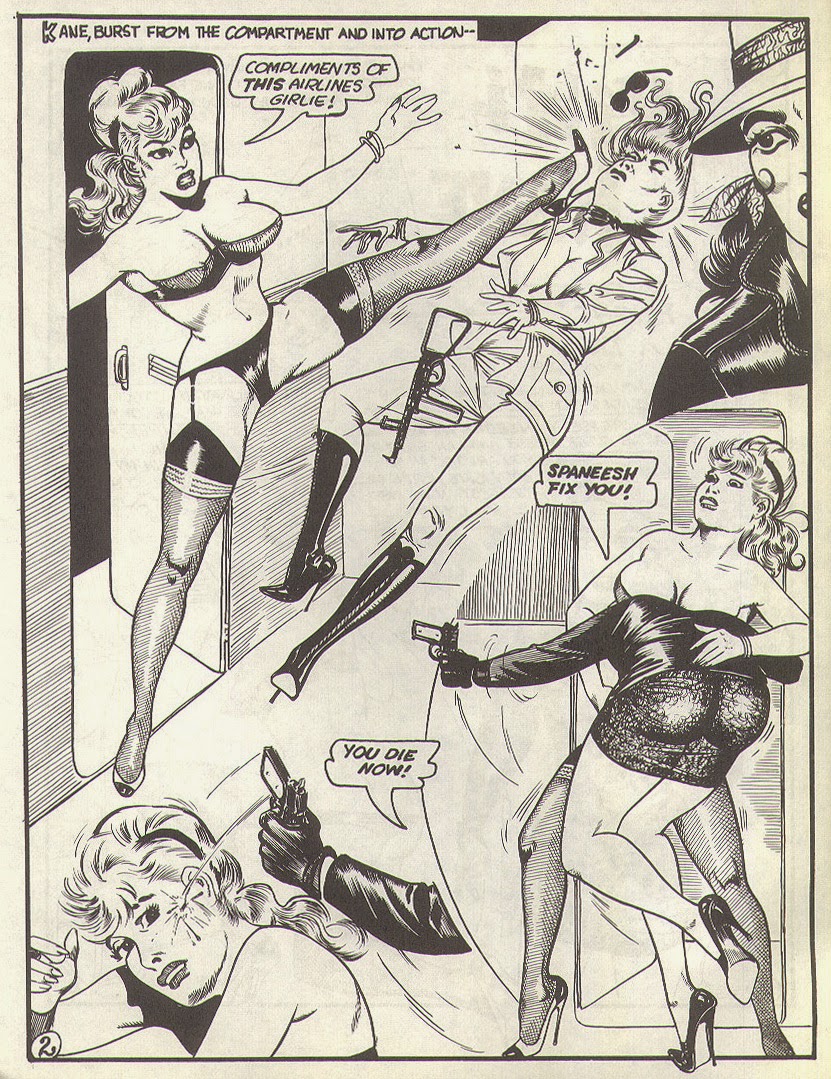 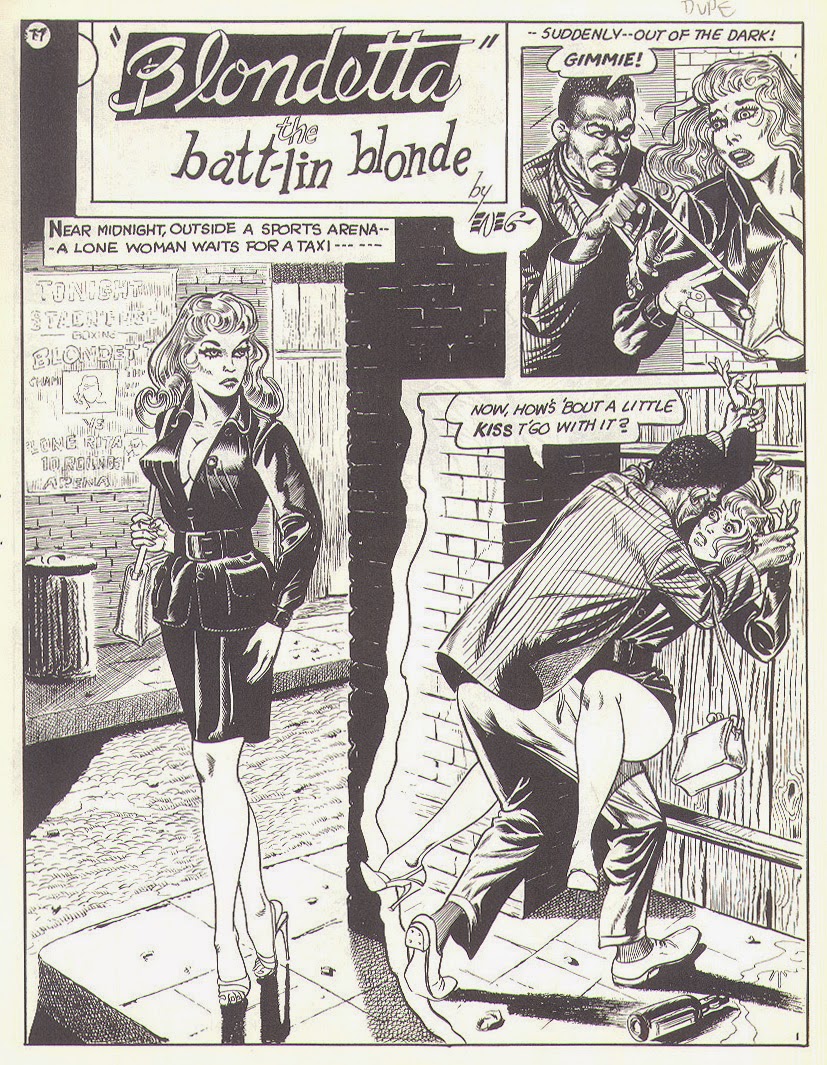 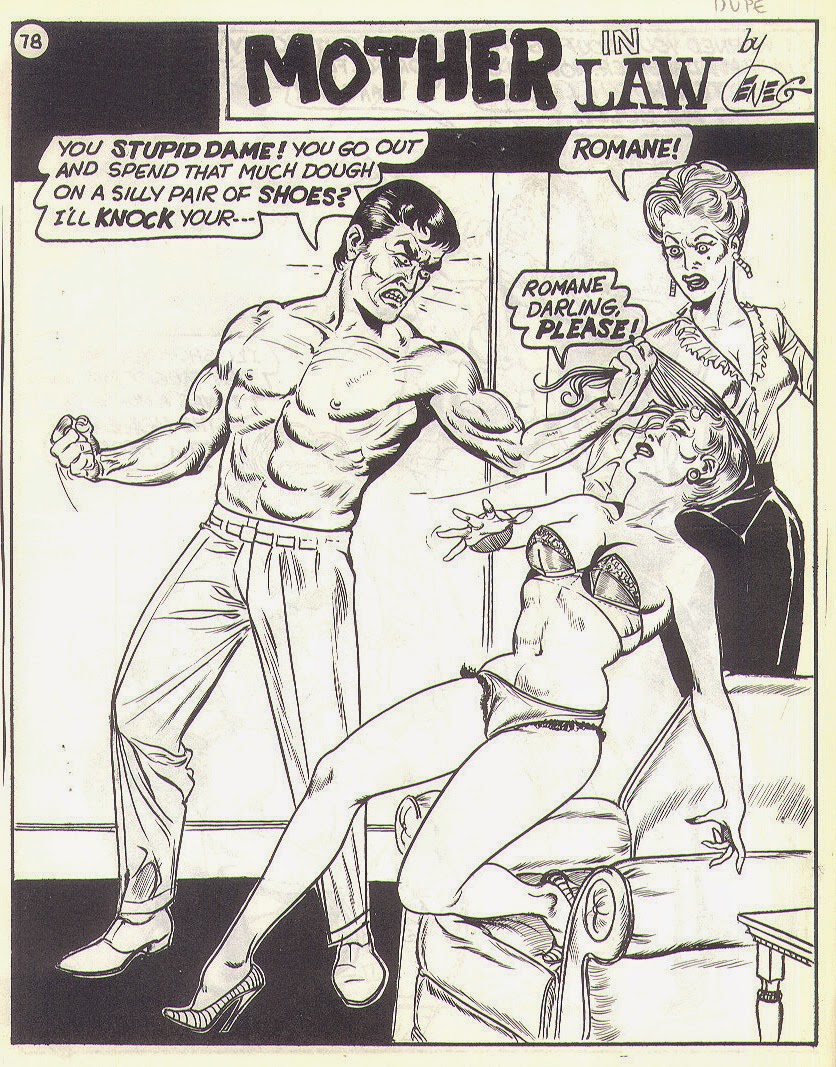 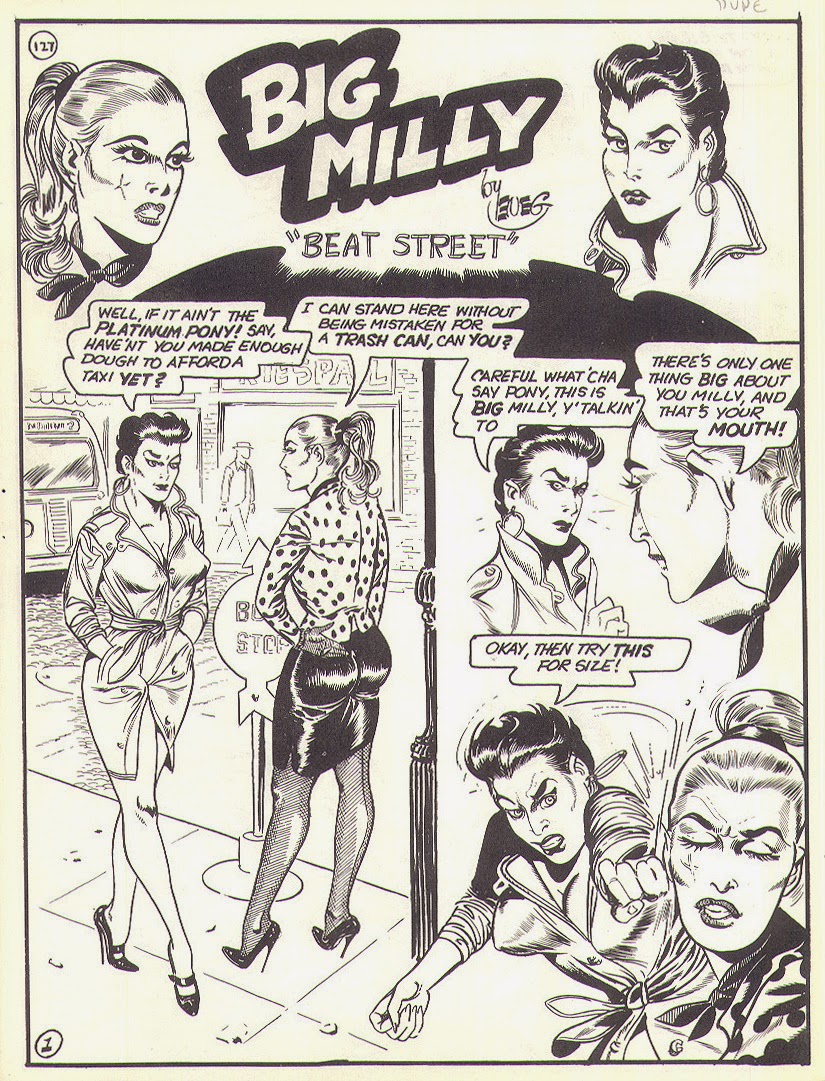 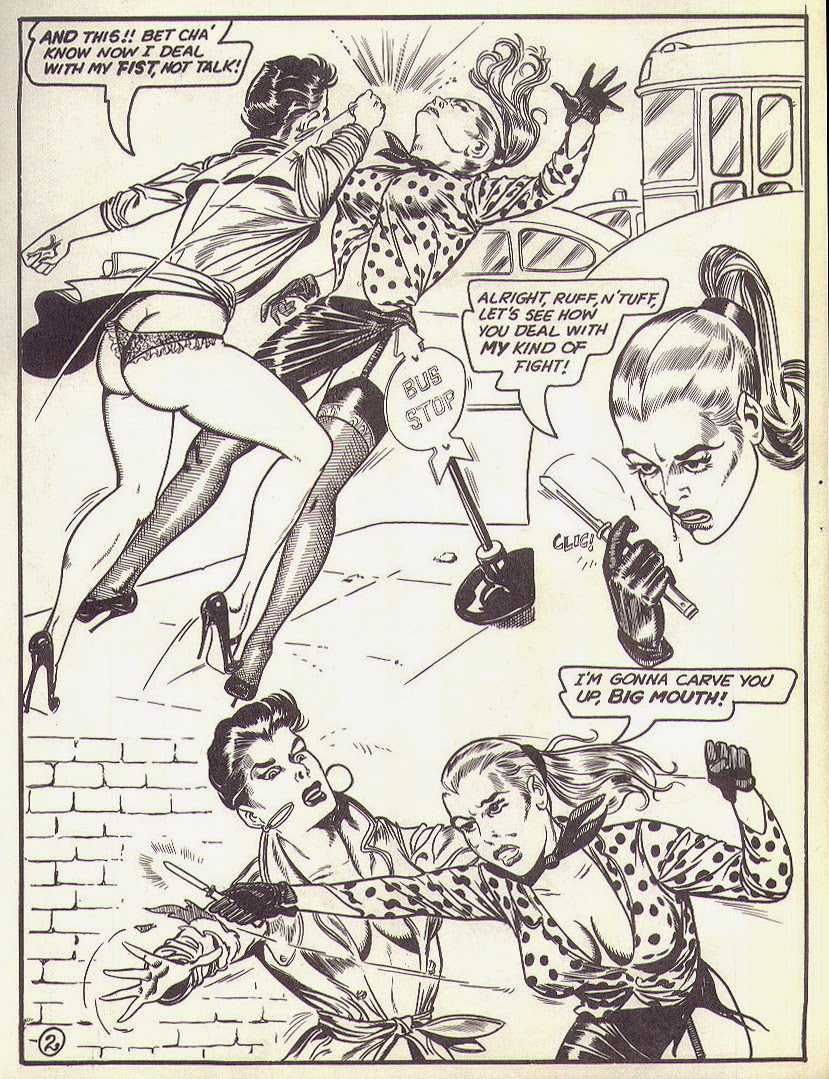 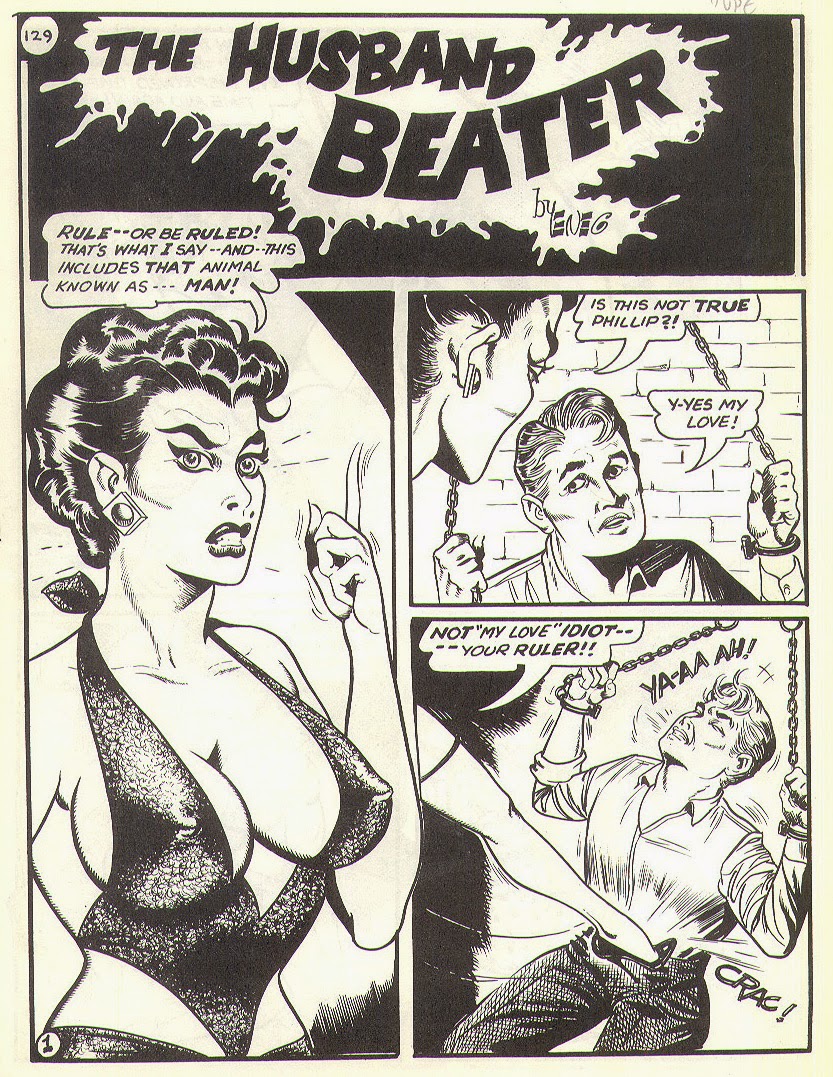 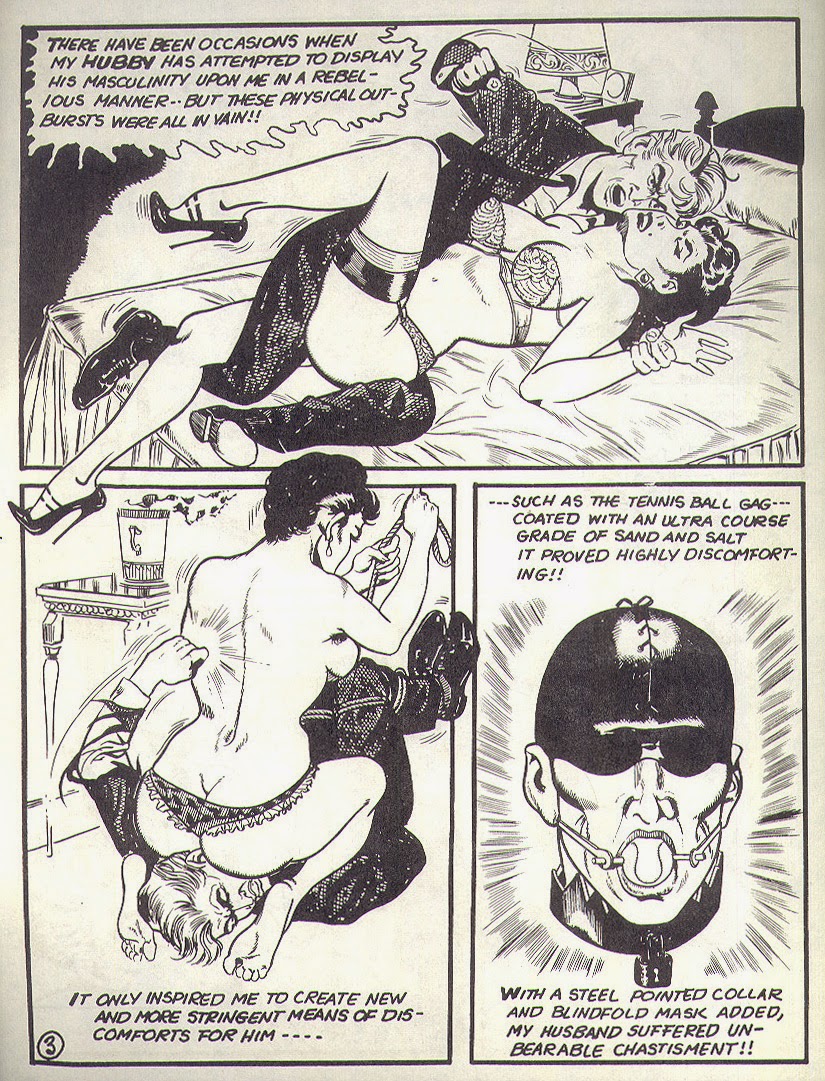 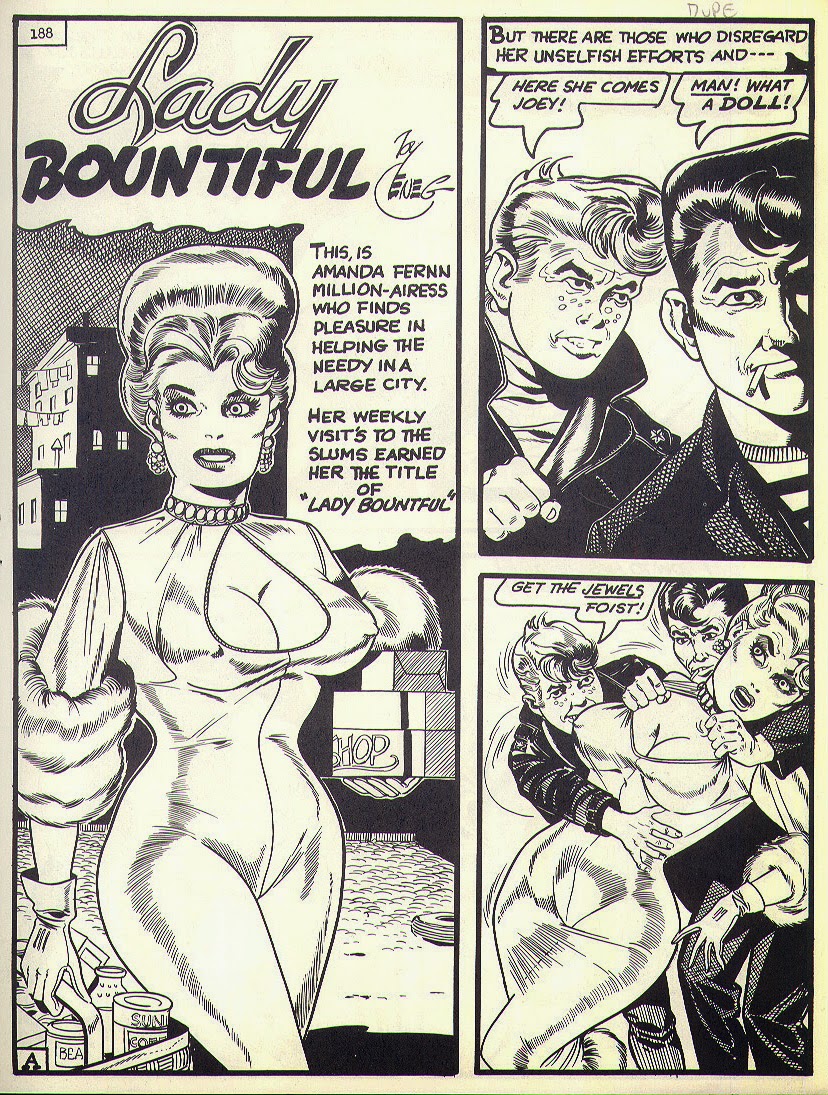 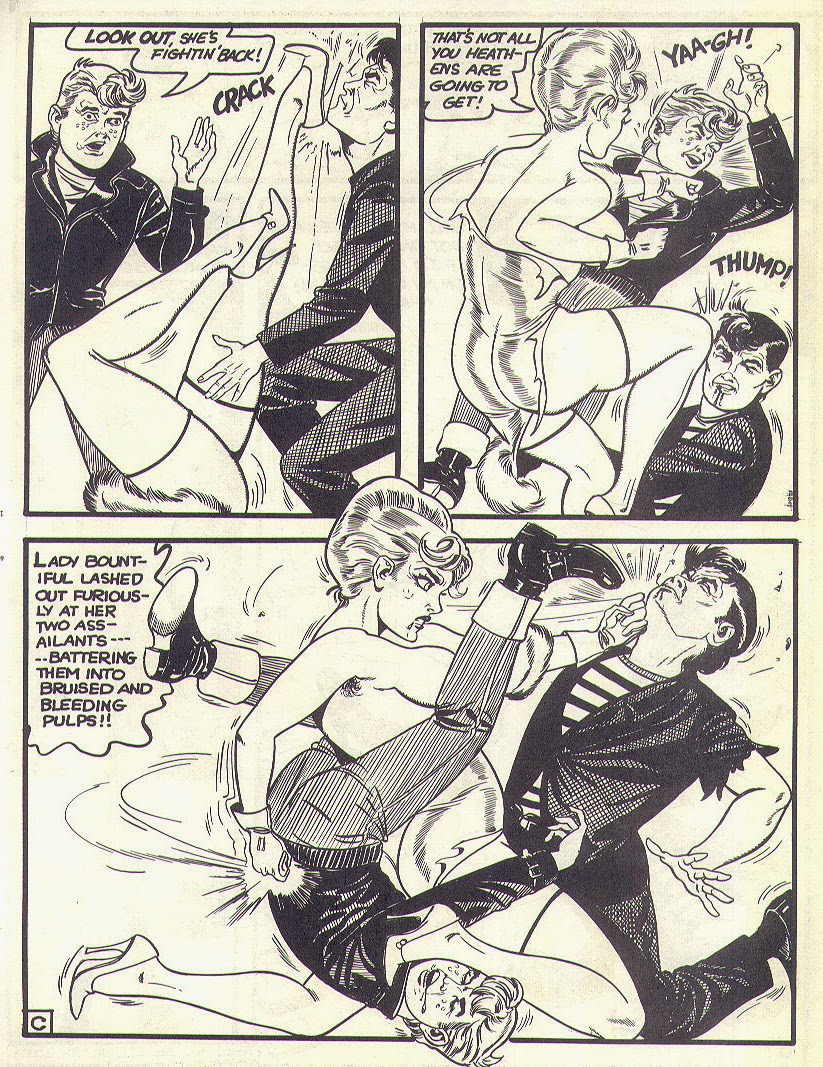 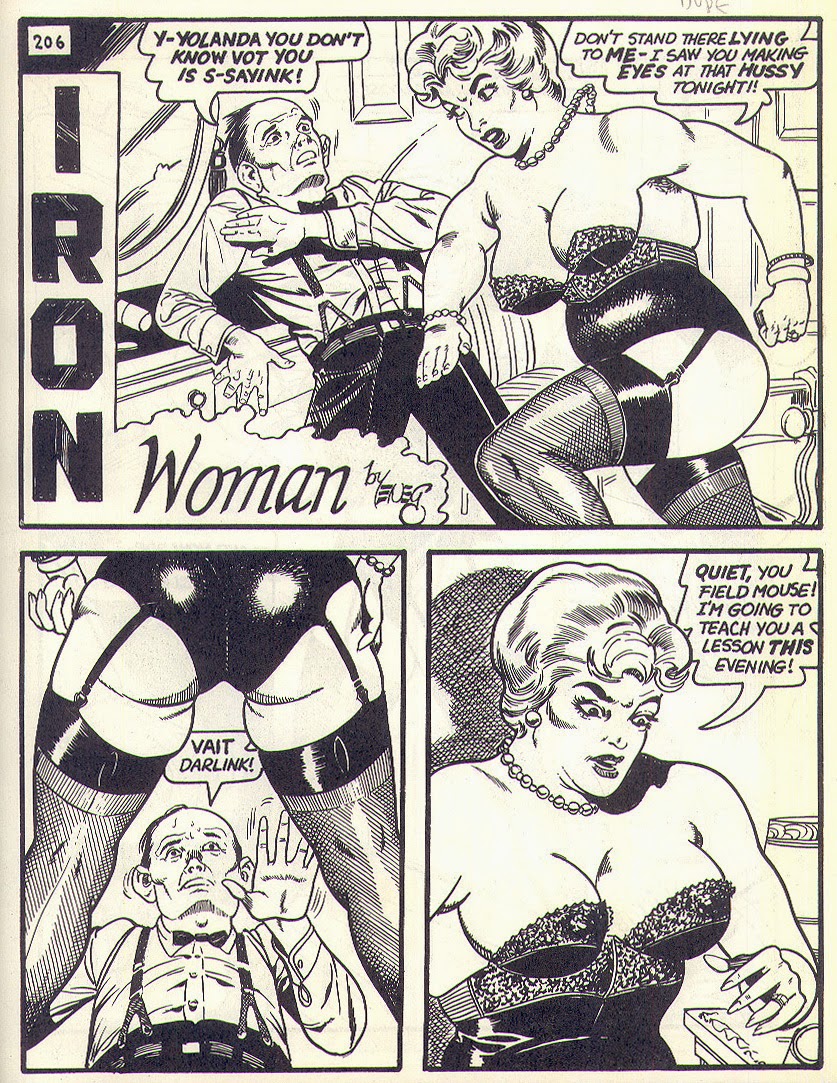 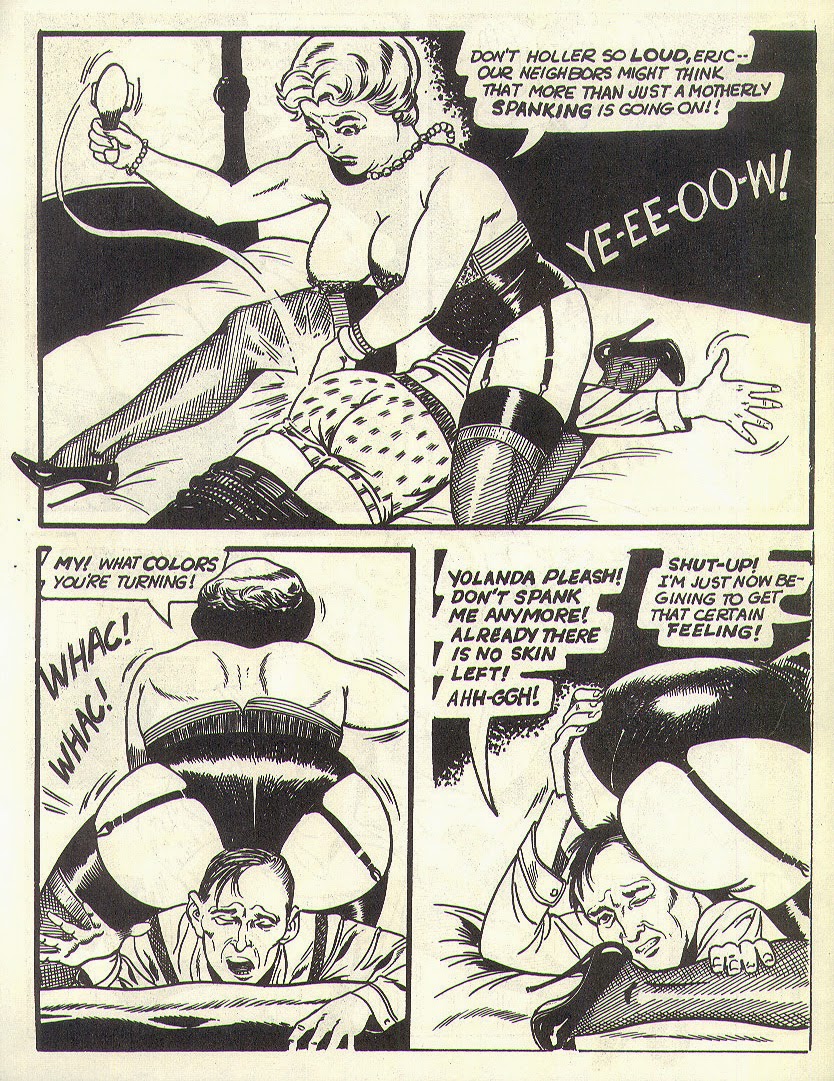 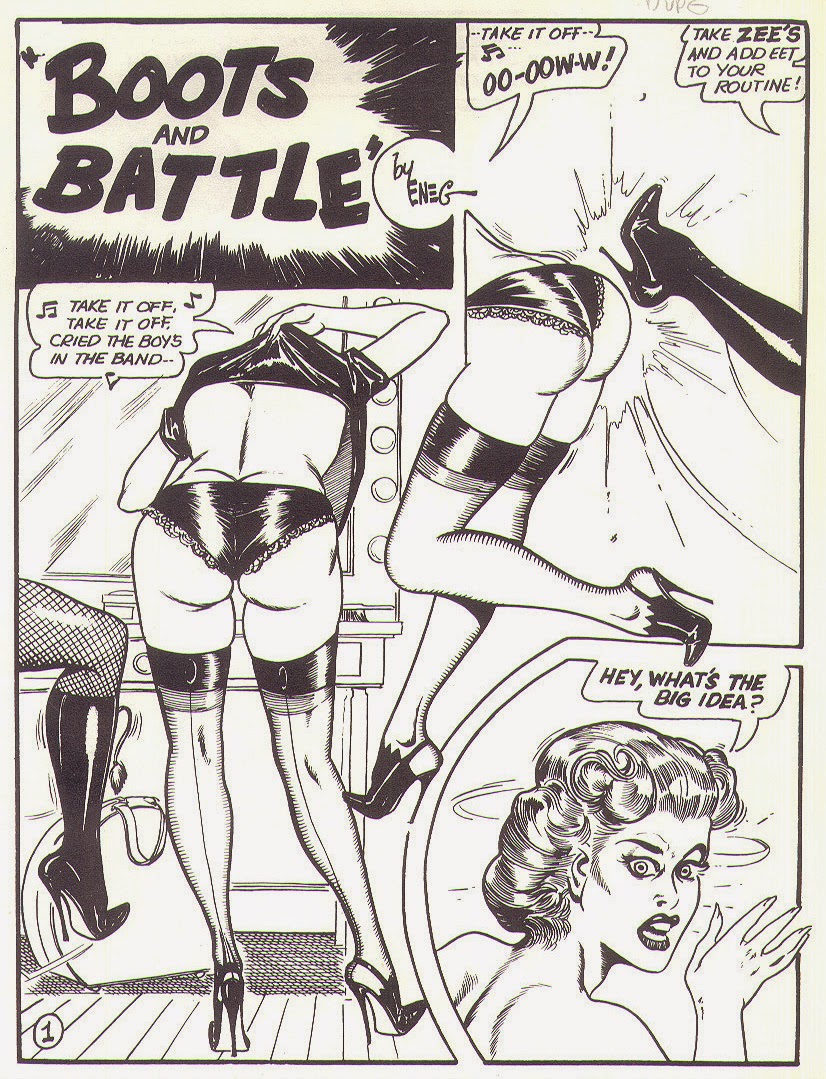 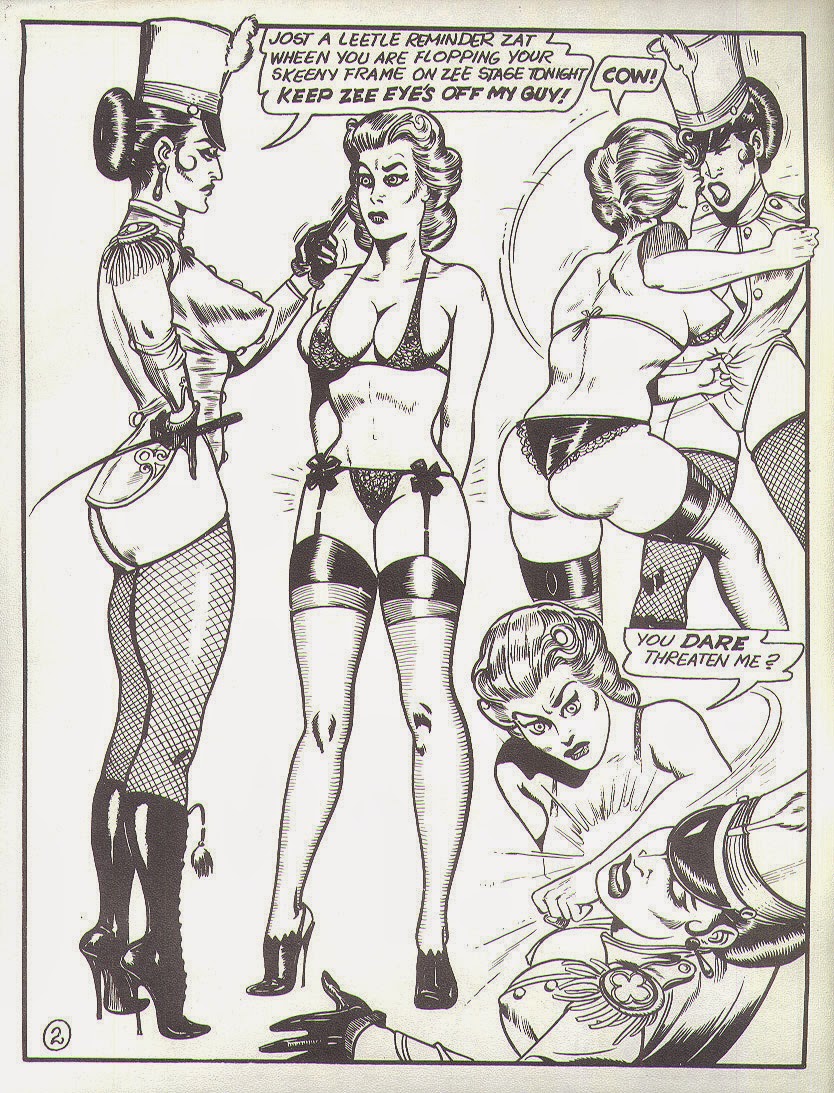