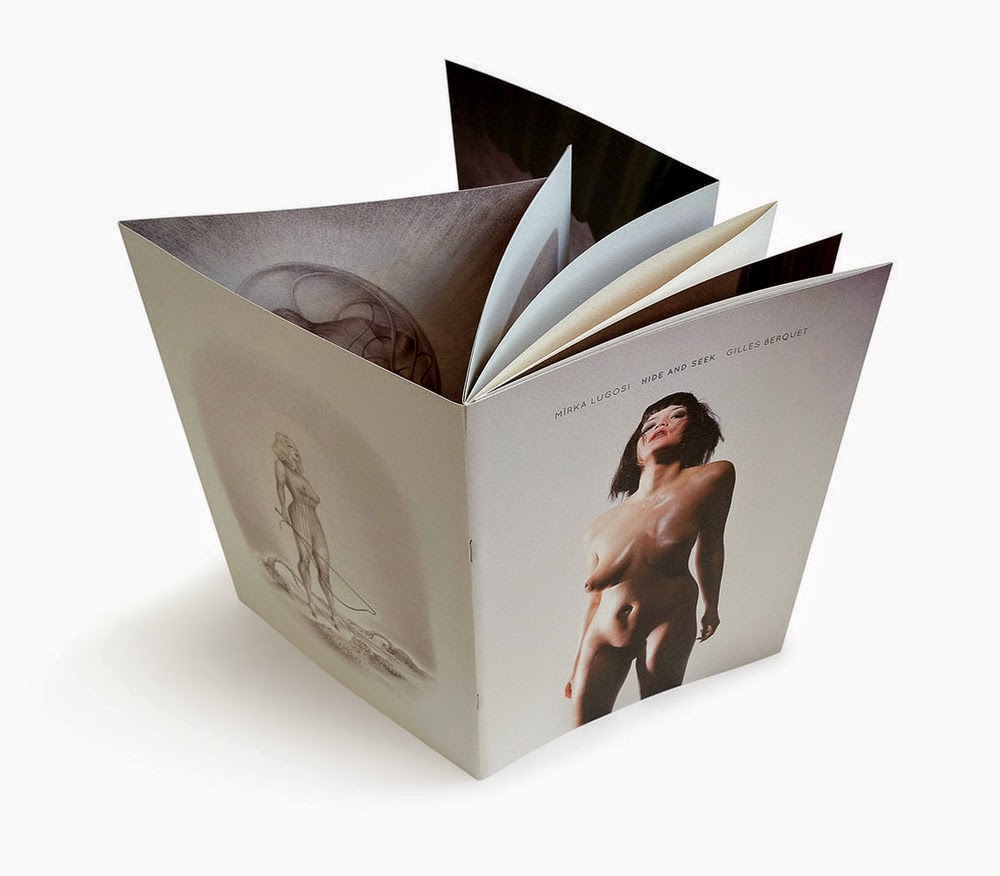 Paris...Merci a tous for making the launch of Hide And Seek a special evening! The response to the book has been overwhelming and I was very happy to see so many familiar faces from the worlds of both "old and new" paper at the party.

Thanks to Mirka and Gilles for being such a charming host and hostess; to Eric at Editions Loco who made his bookshop available for the evening; to all who purchased books in Paris, New York and via the web and thanks so much to everyone who came to the party, especially to one surprise guest.

A la prochaine fois...until the next time! 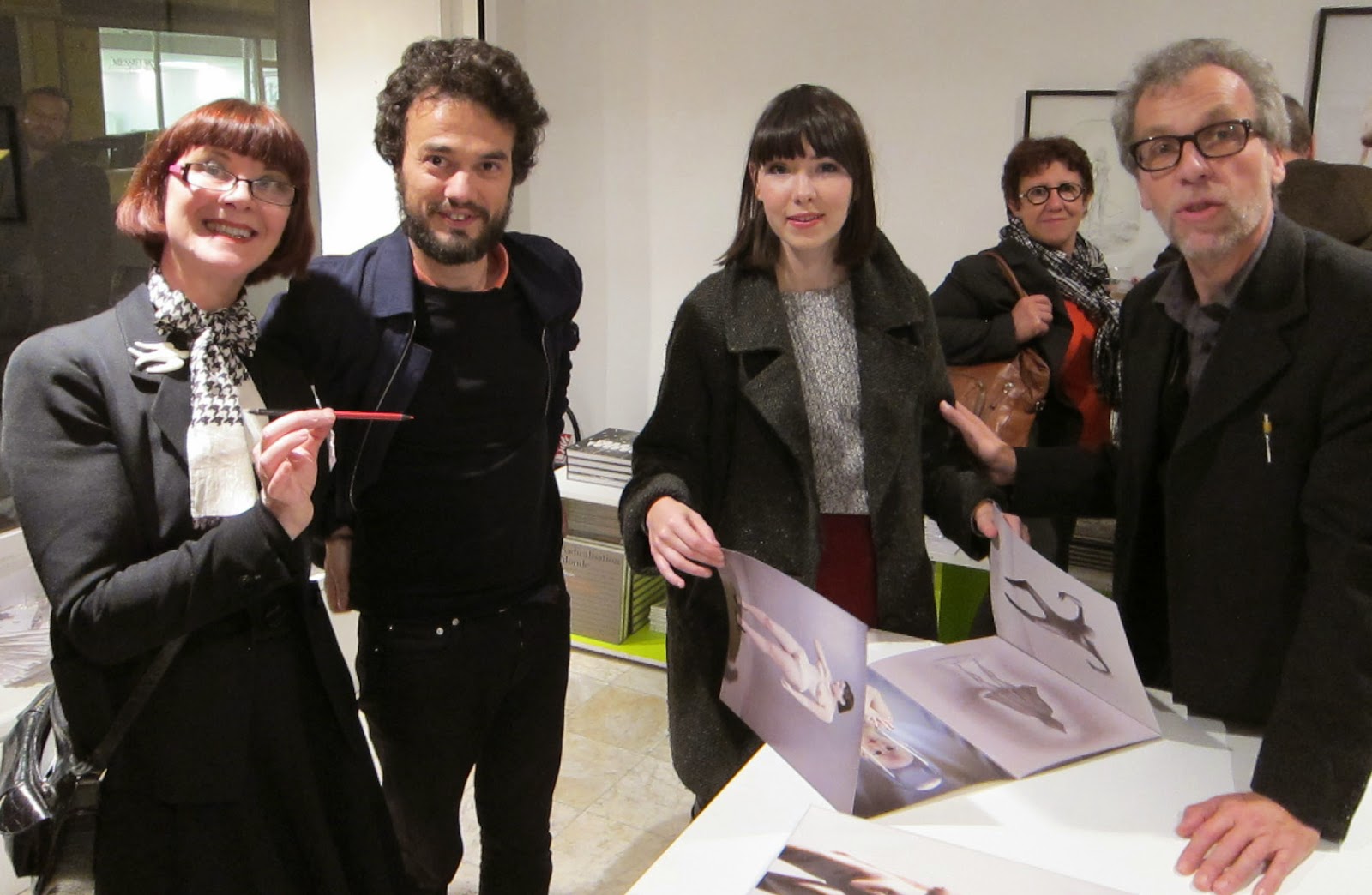 
Sales of Hide And Seek spiked during my stay in Paris and I anticipate being sold-out very soon. The book is available via my eBay store, Les Editions Derriere Salles de Bain website as well as the Editions Loco book shop in Paris. 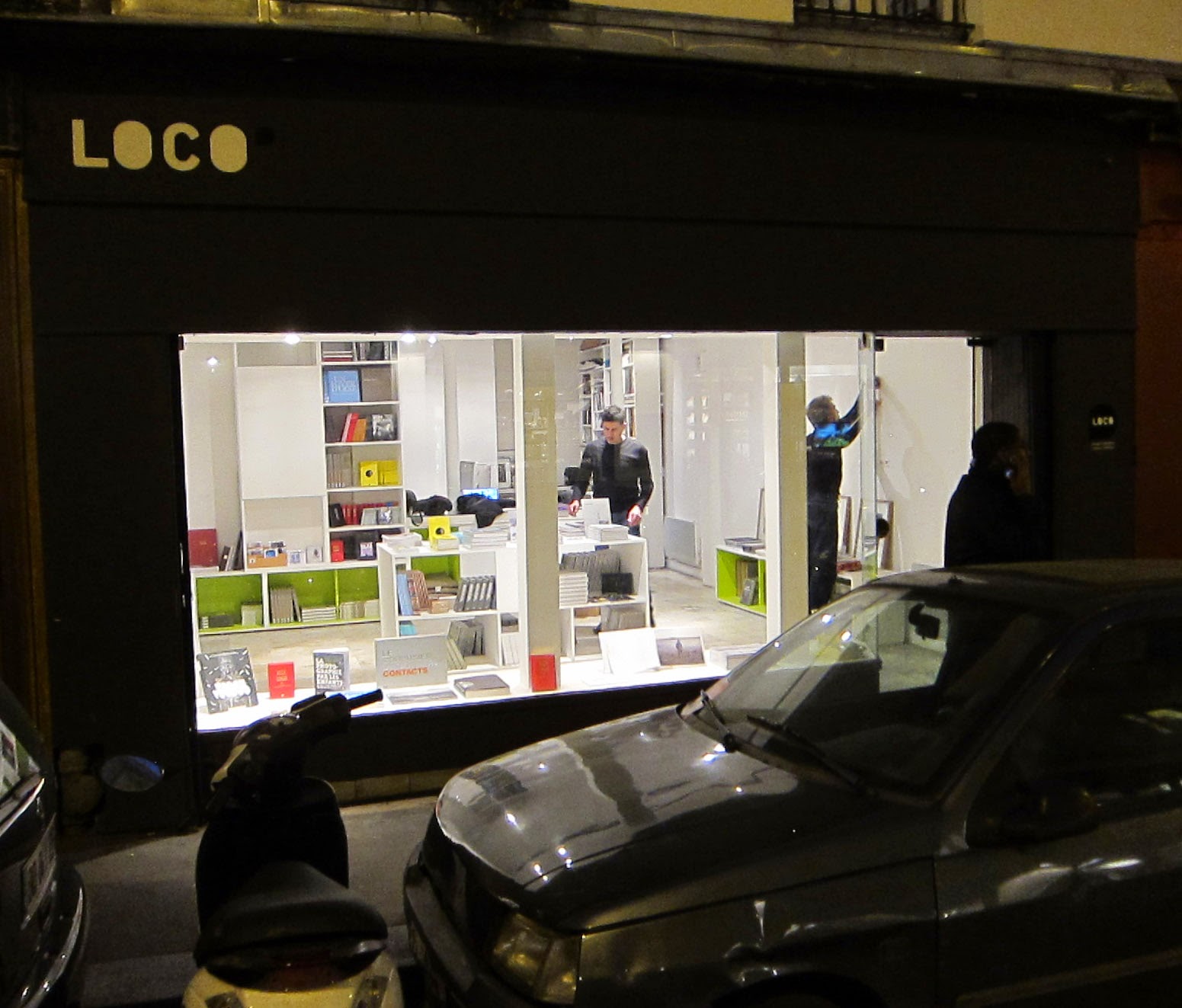 Editions Loco storefront the night before the launch. Gilles and Eric hanging one
of the original artworks from the top of the edition. 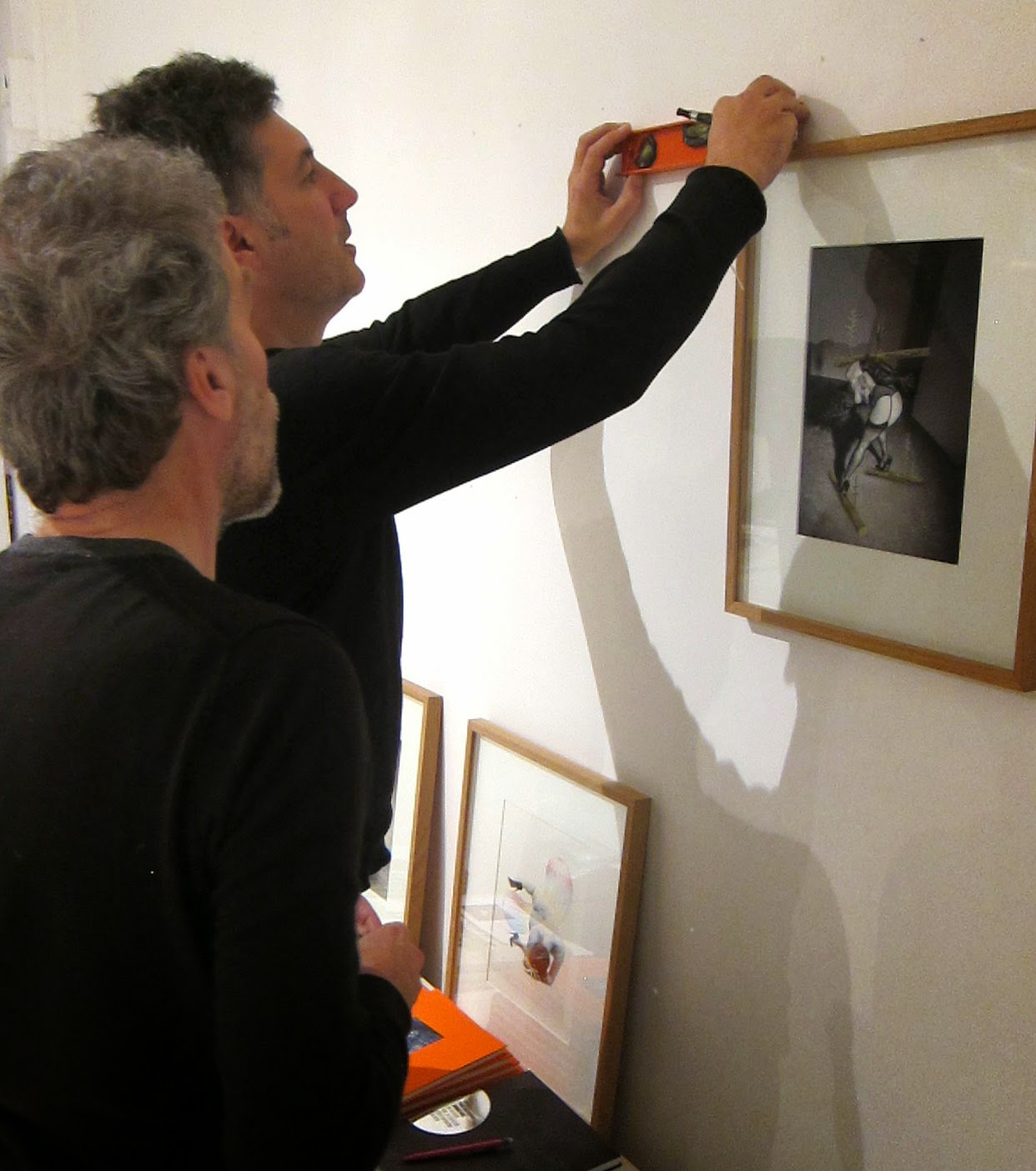 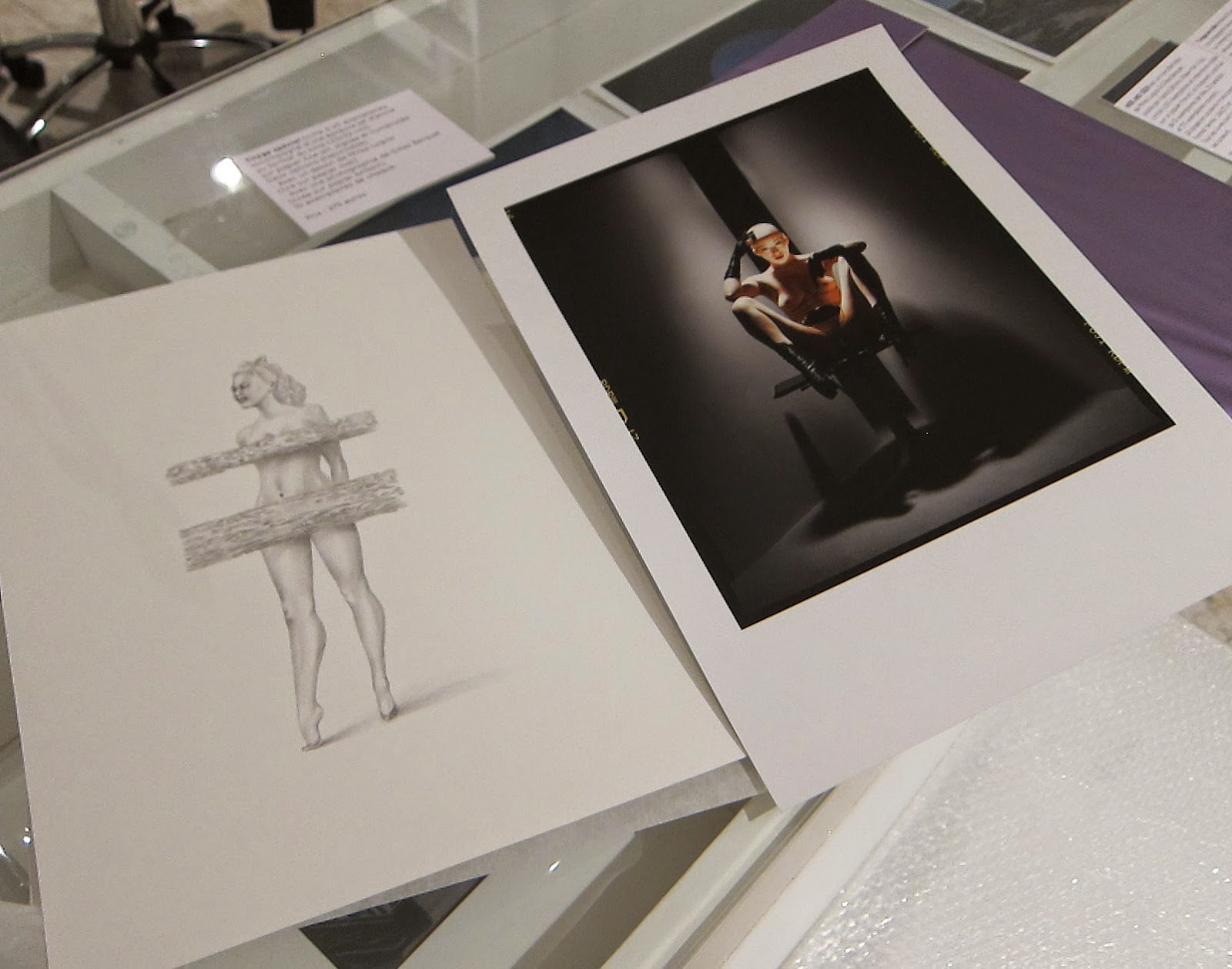 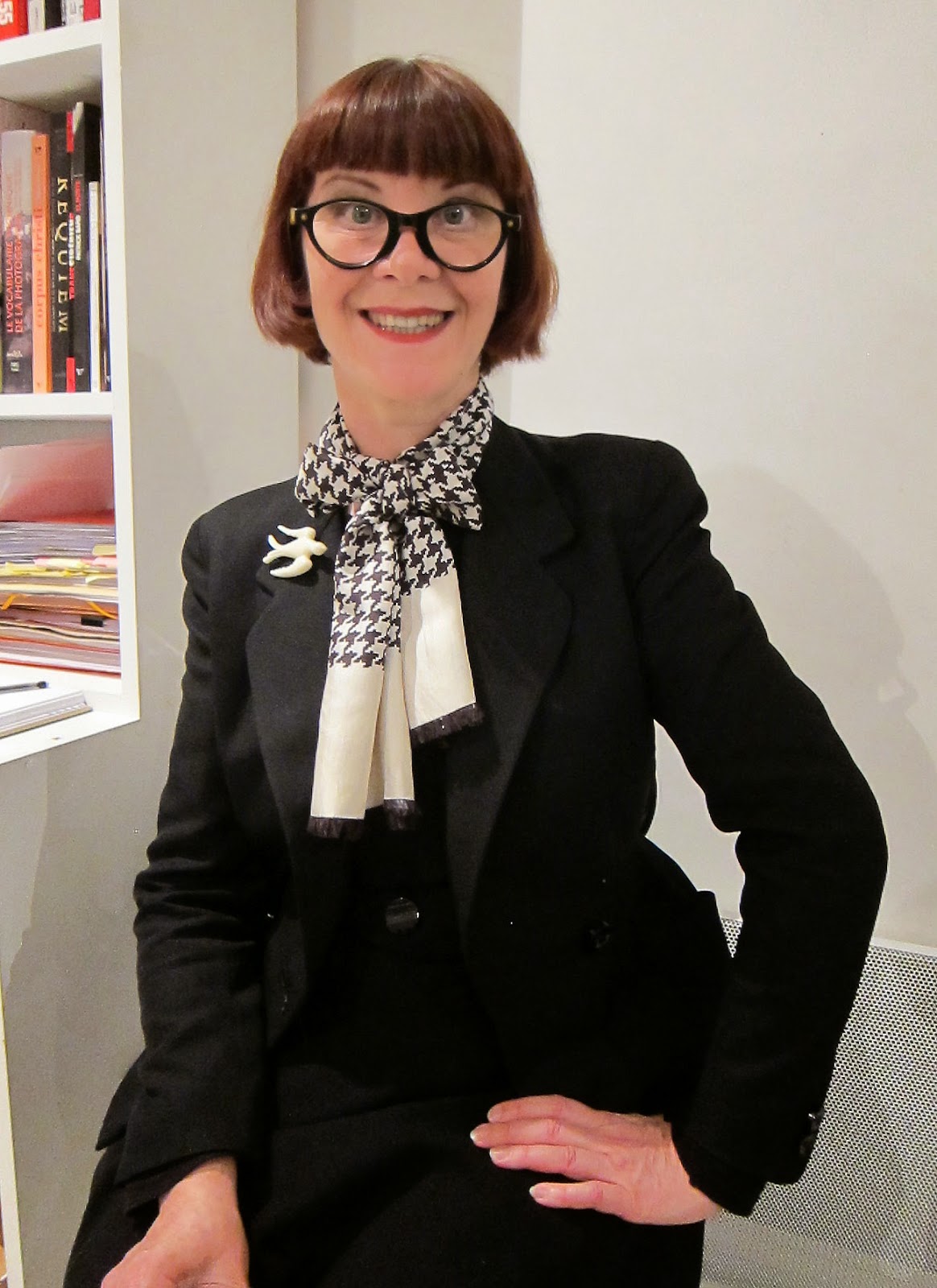 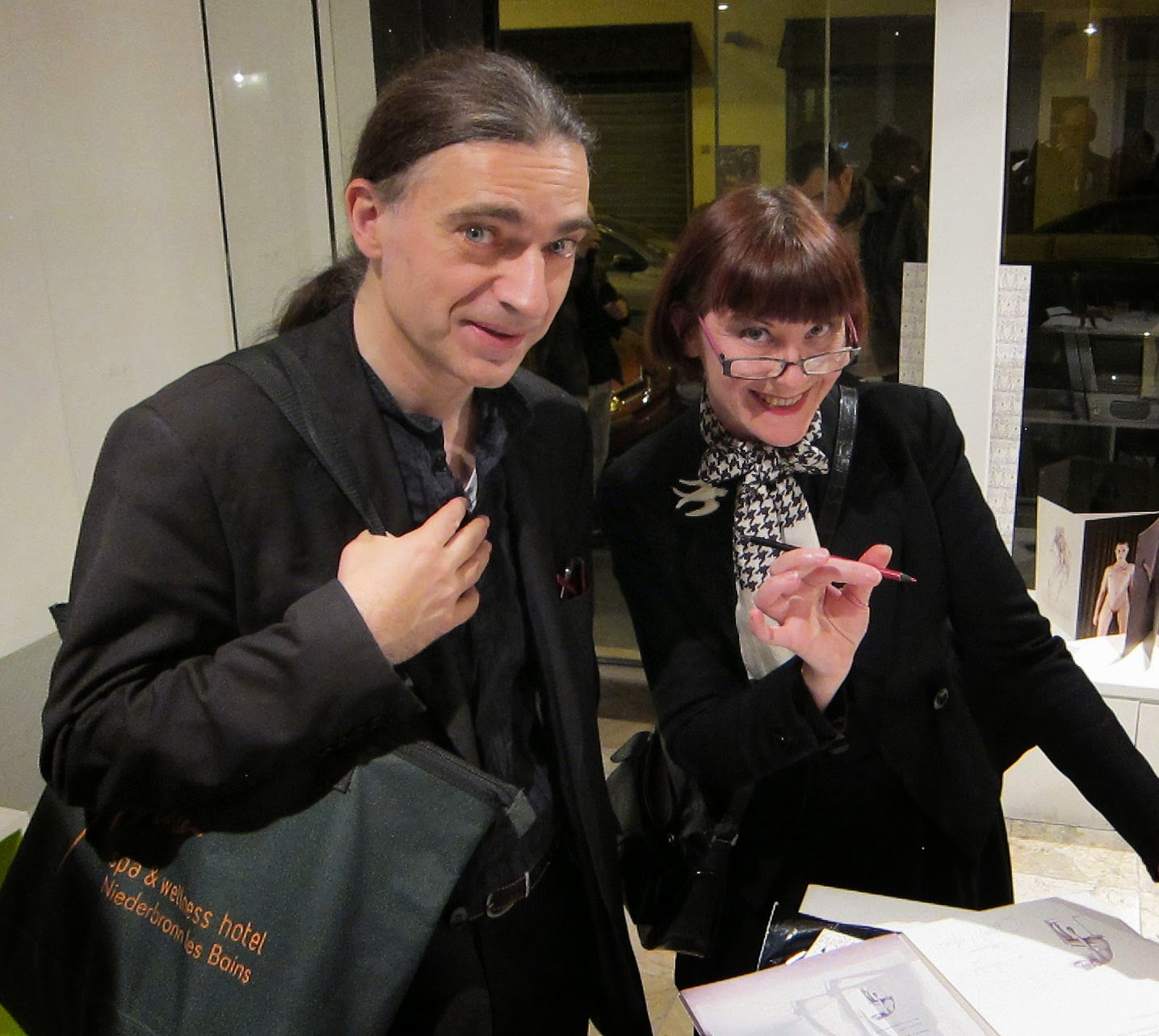 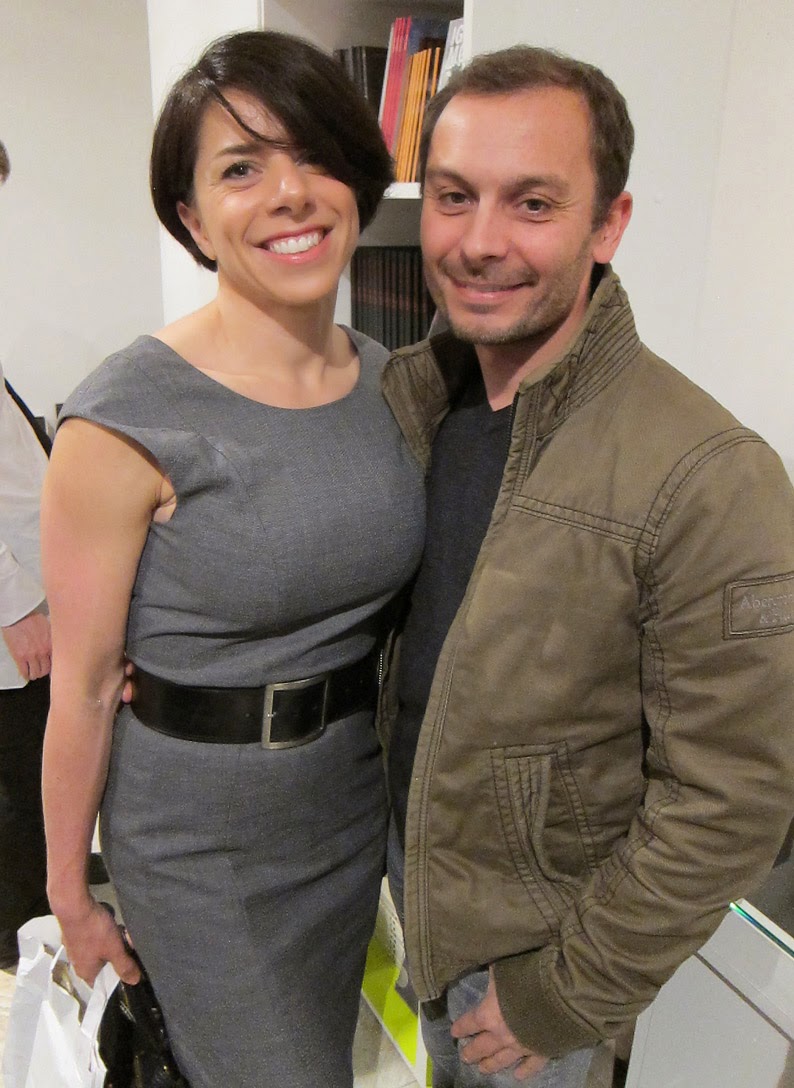 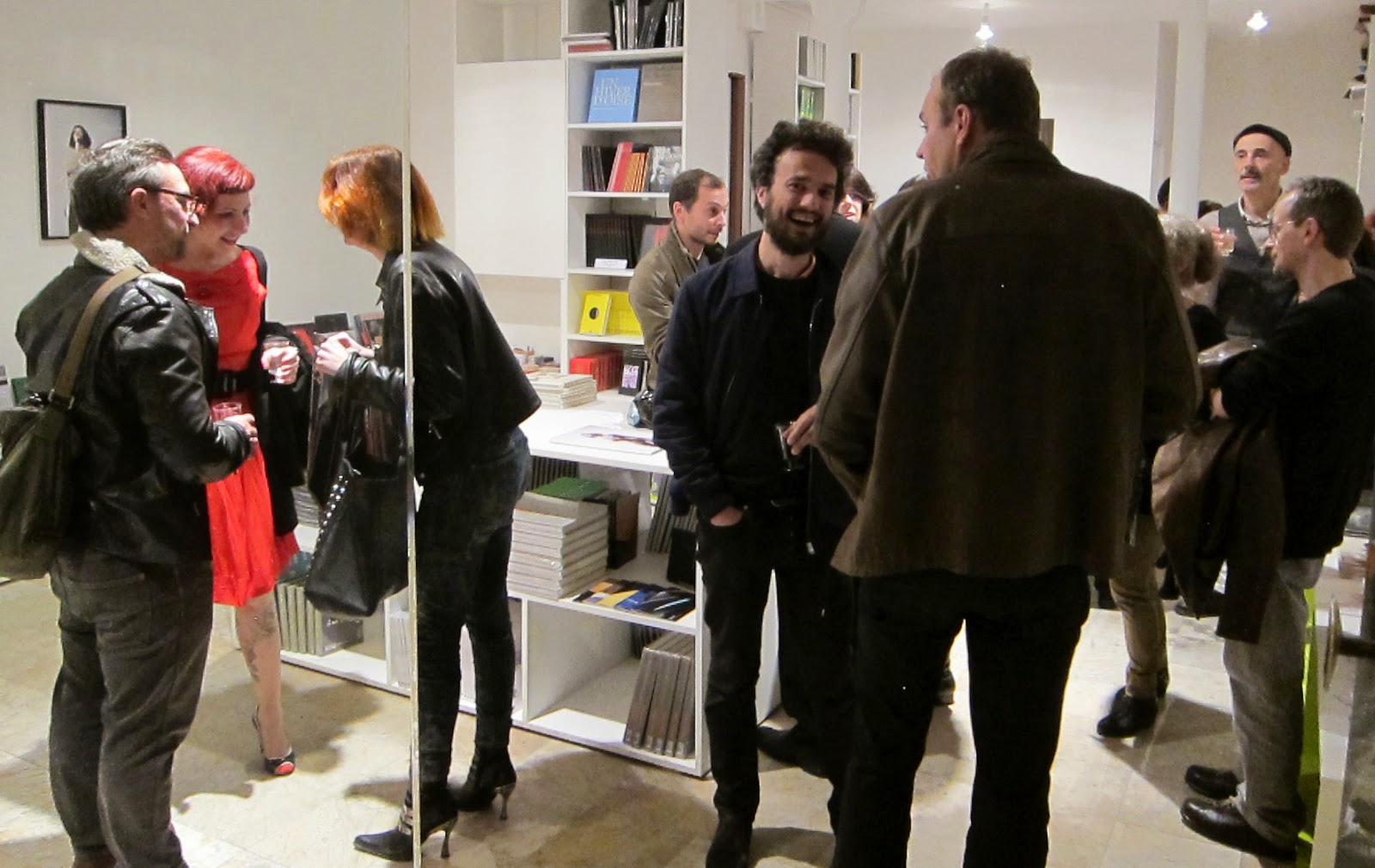 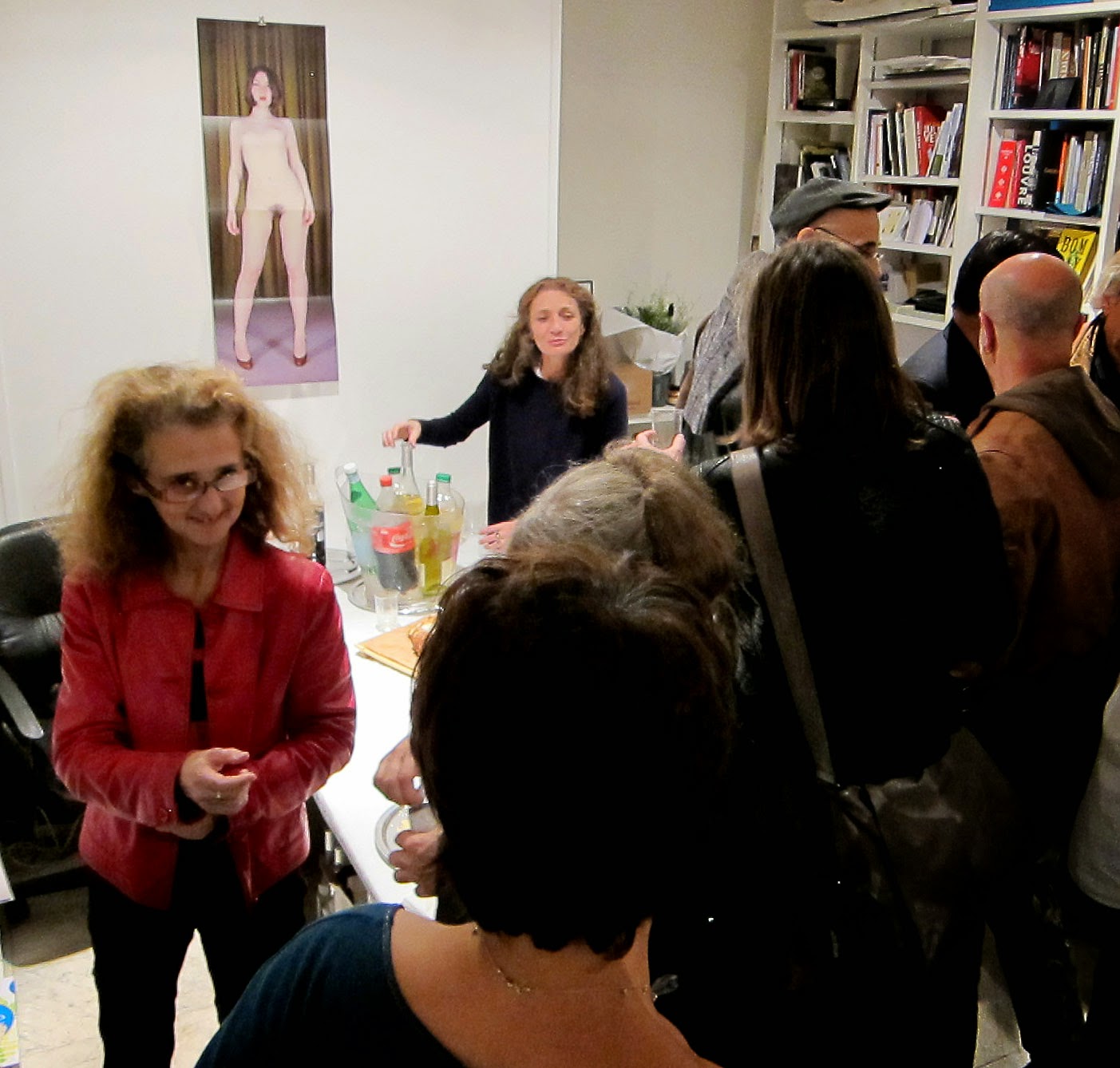 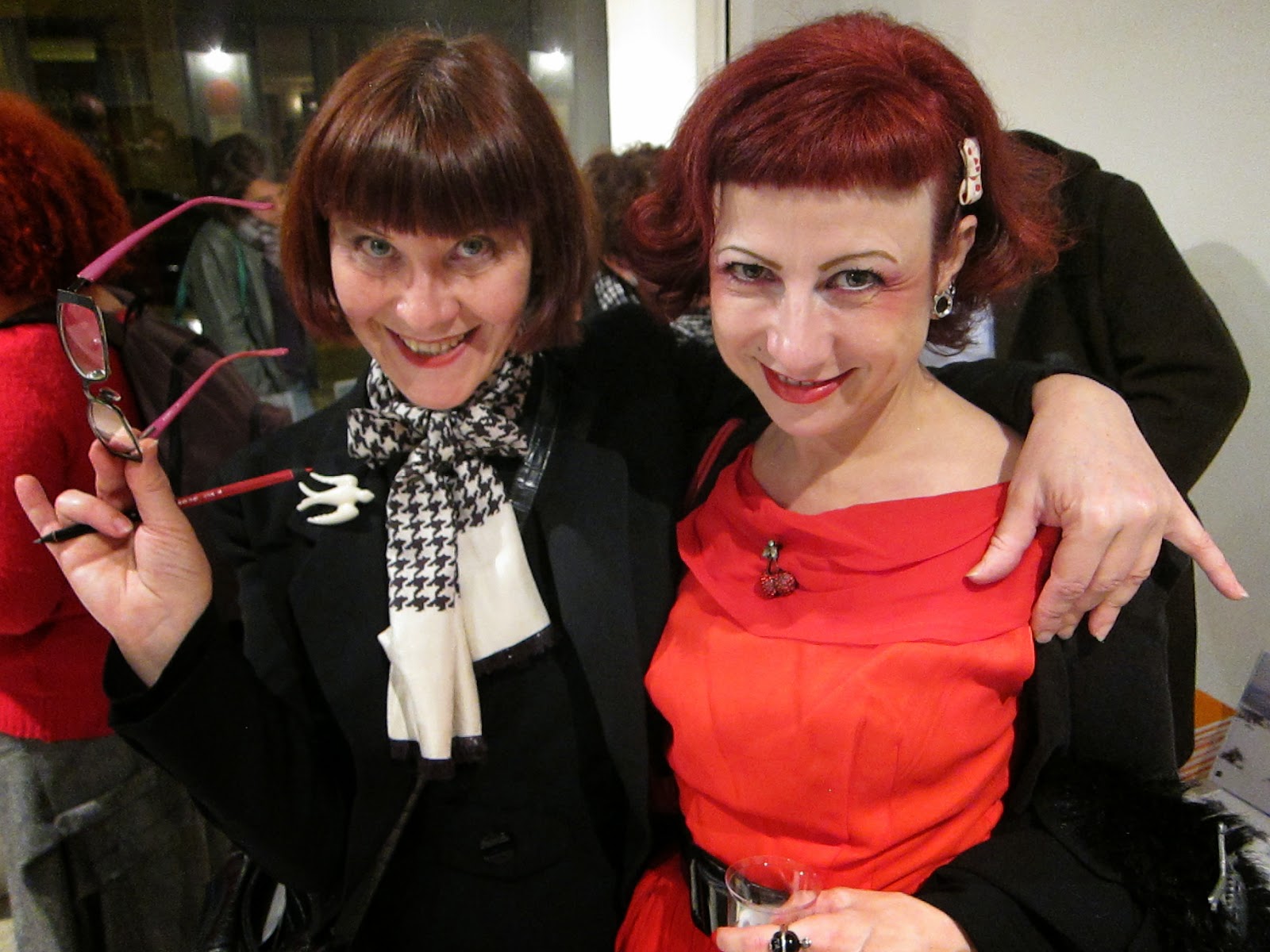 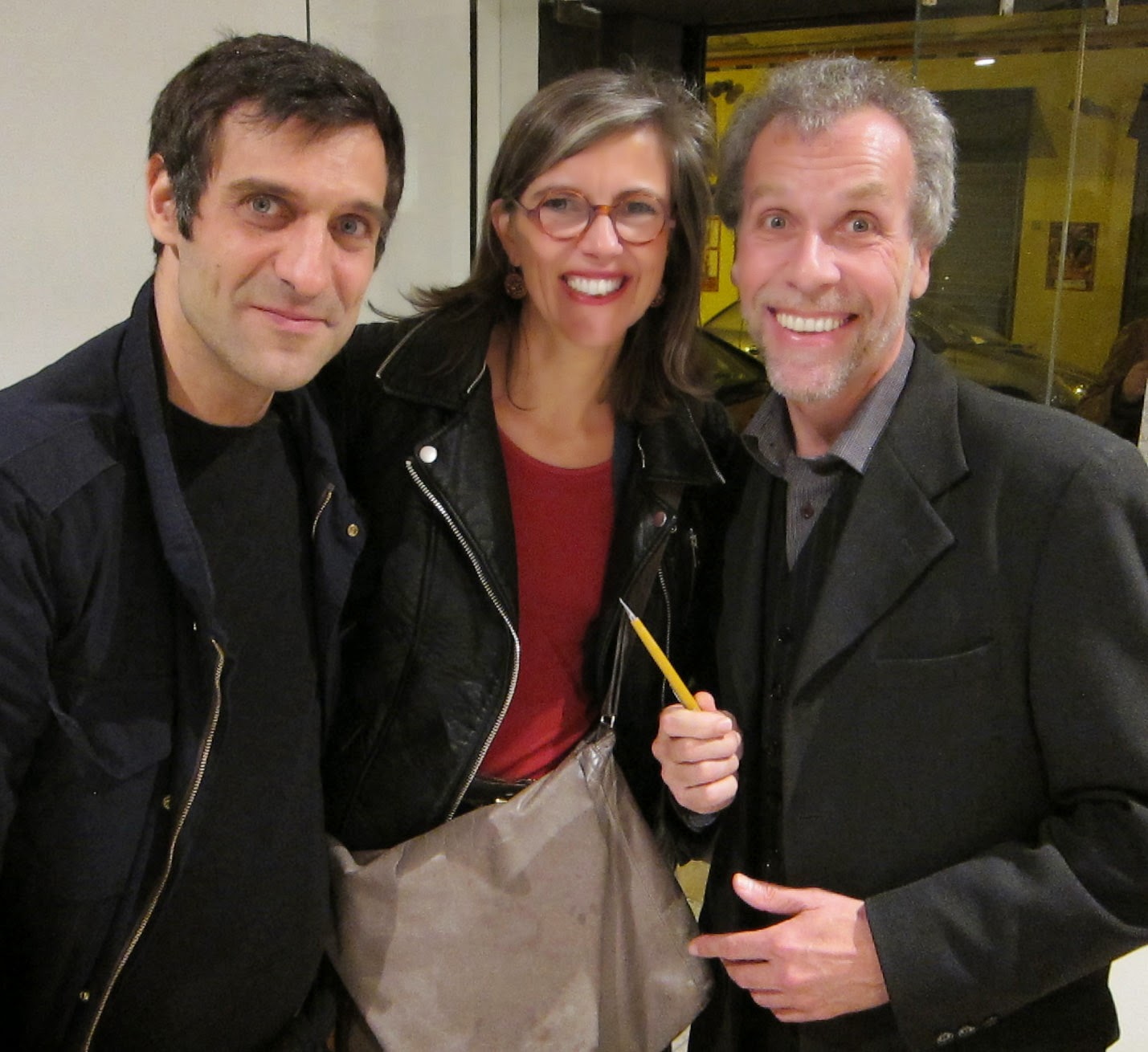