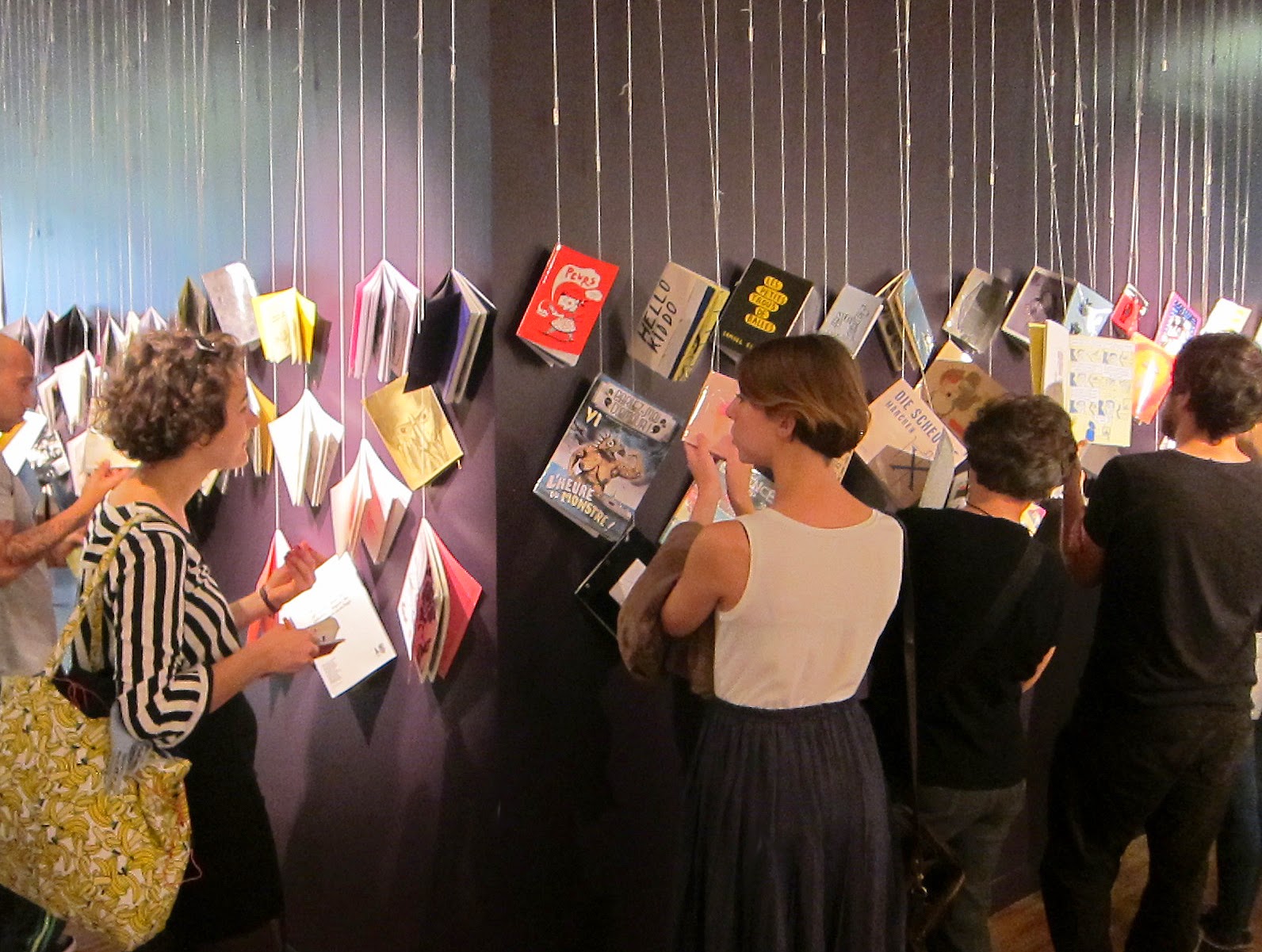 An unexpected and wonderful surprise was the Festival Fanzines happening on the weekend I arrived in Paris. After making believe I was sleeping the night after my arrival, I was up early and headed to the 20th arrondisement. First to check out a show of serigraphed books and then over to the Mediatheque Marguerite Duras, a modern public library/media center on the rue Bagnolet, where the festival was being hosted. This was an artist's book fair at a contemporary, modern public library. I like that. The show is for the moment the only artist's book fair in Paris.

The show was small, about thirty-five tables crowded into one room. The energy was high and wonderful to see so many young French publishers offering their books and prints for sale. I found some great books which I will have with me at the Los Angeles Artist's Book Fair in January. It would be great to see it expand (not too big!) attracting international artist's and publishers. 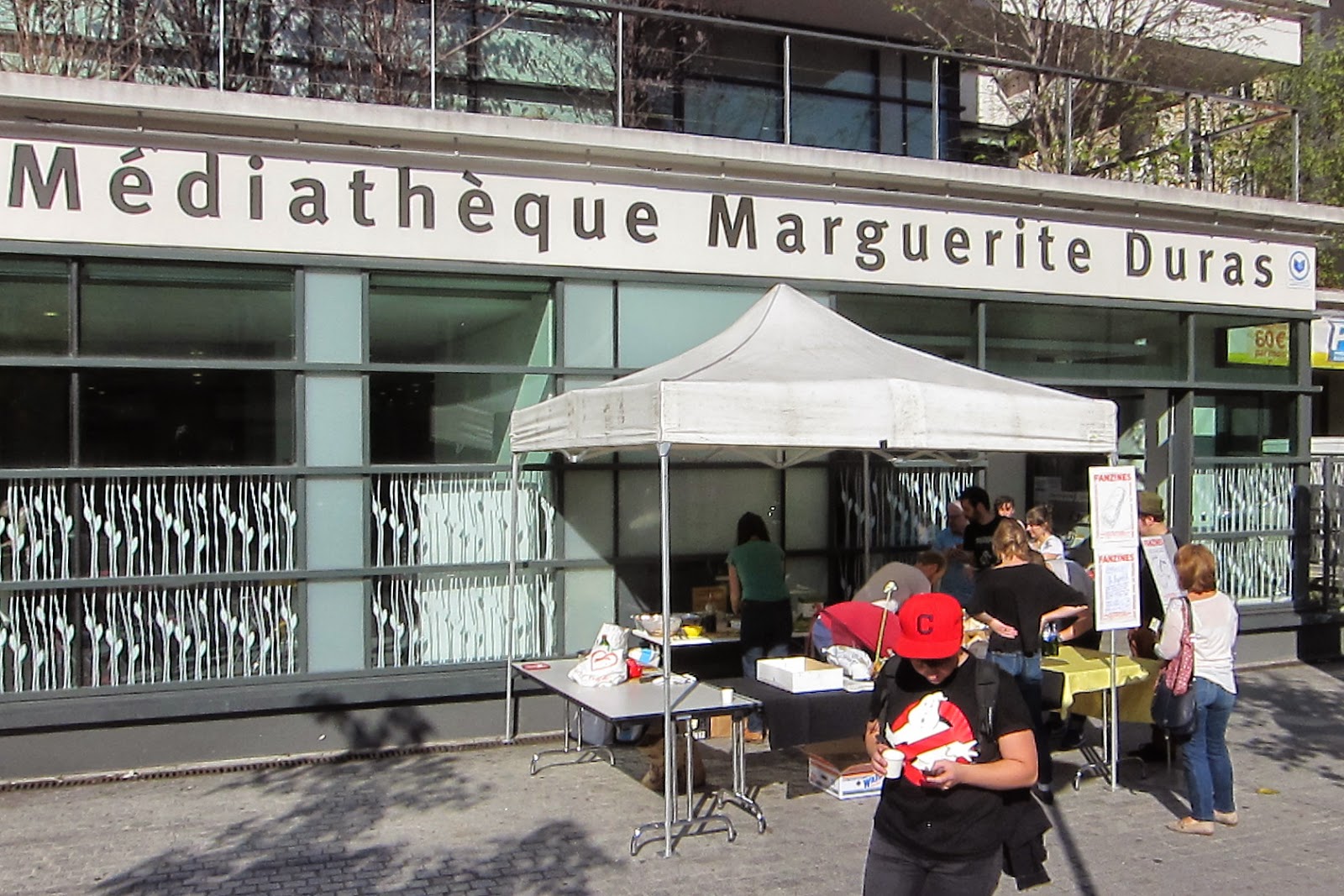 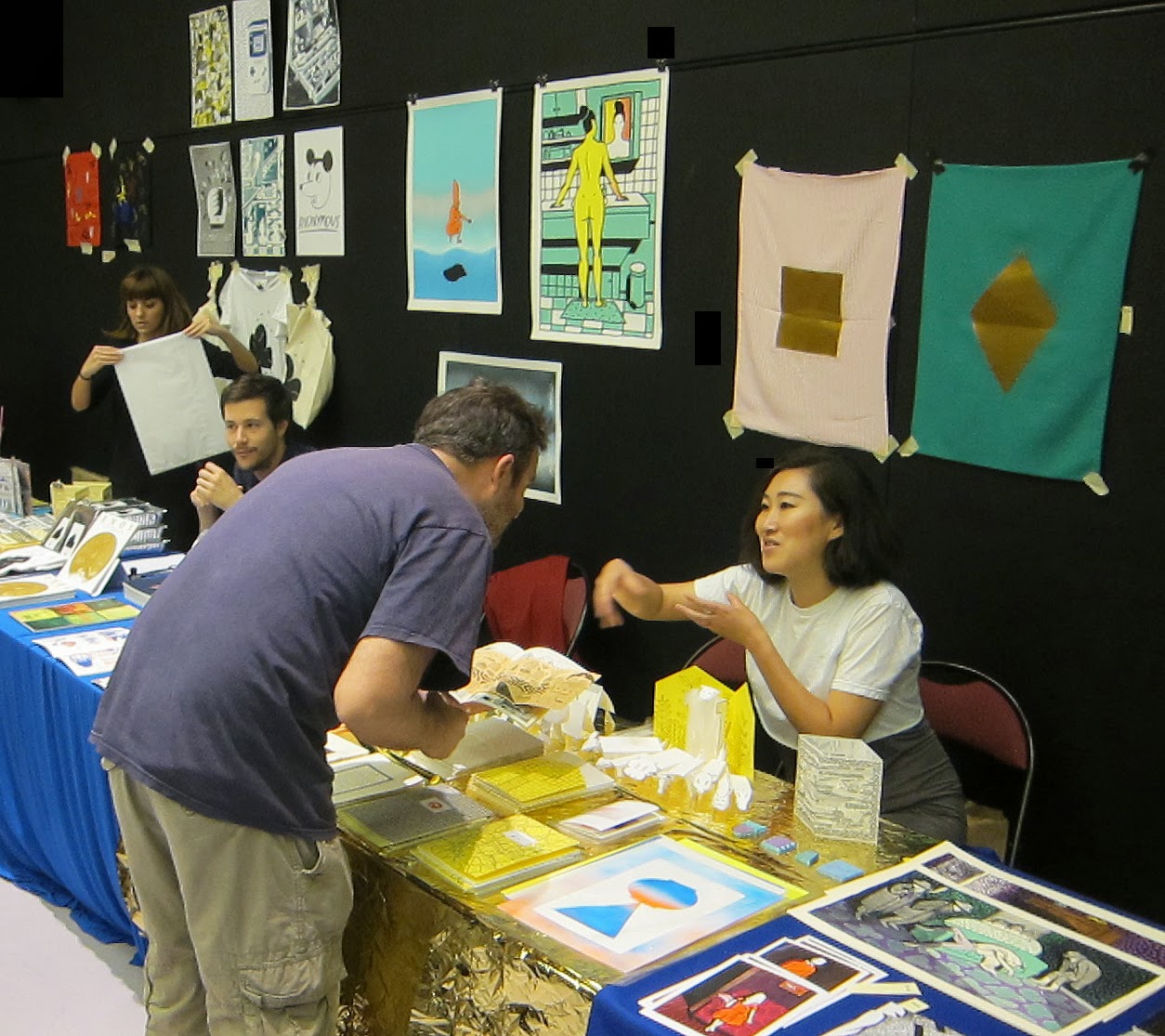 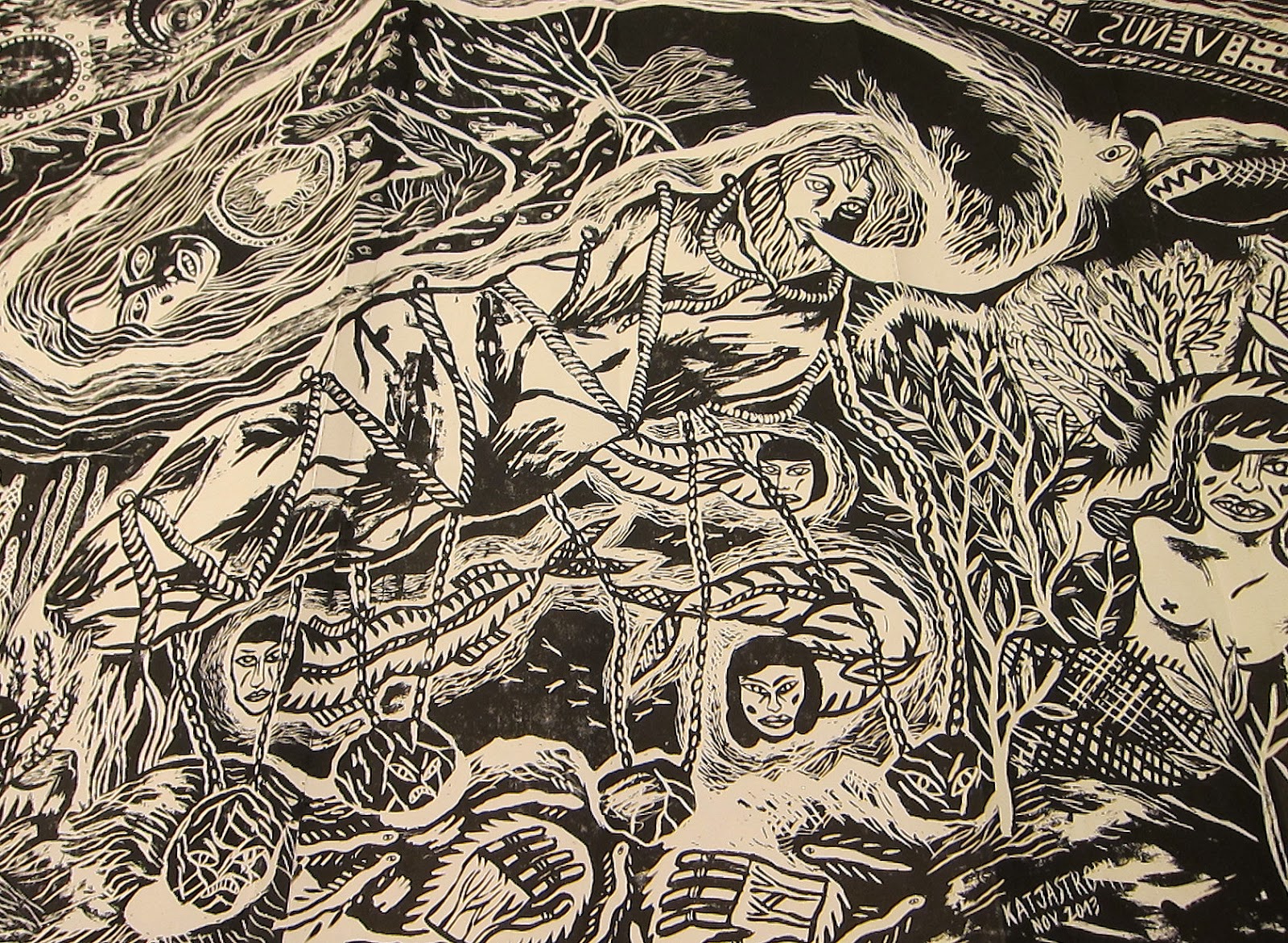 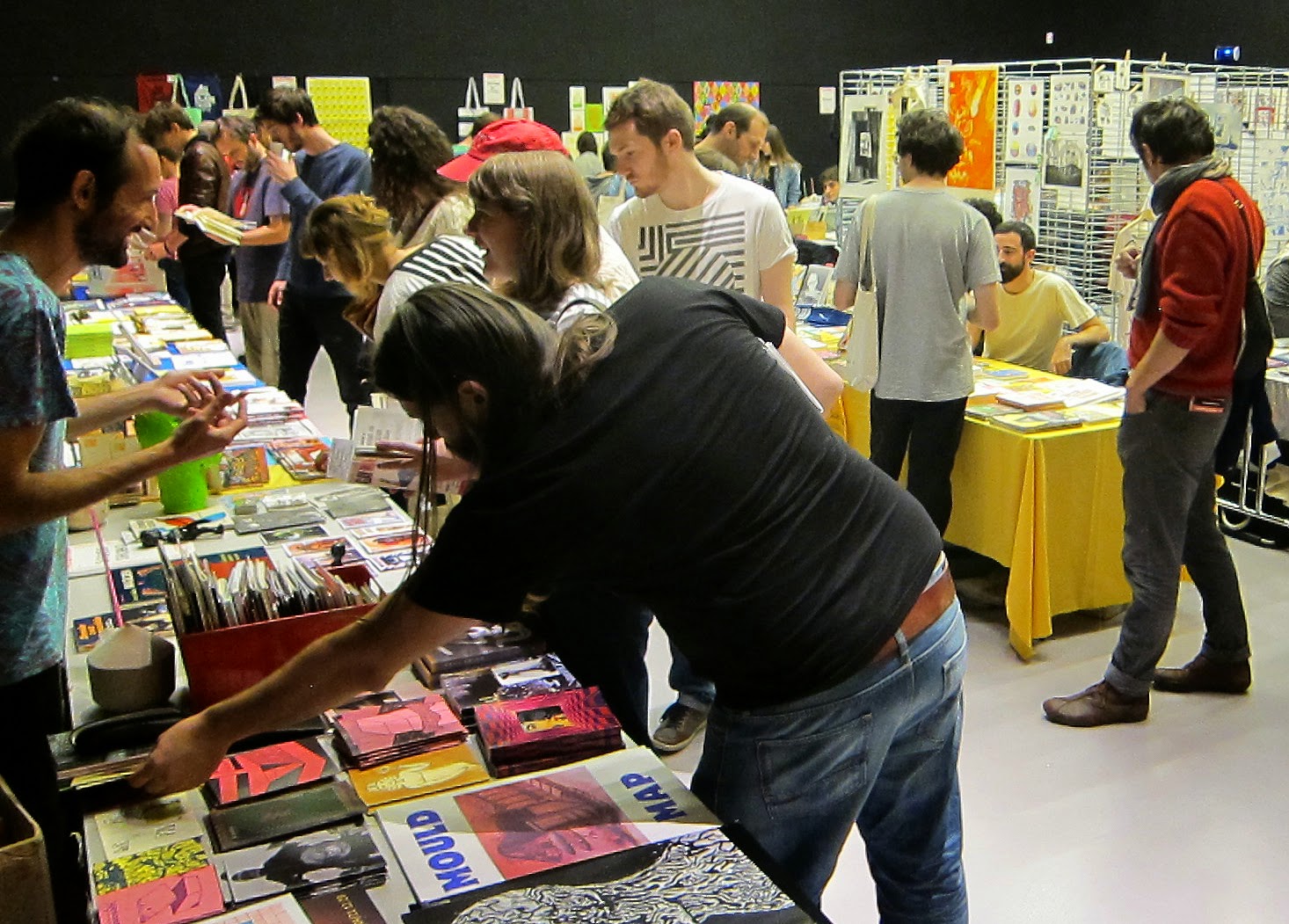 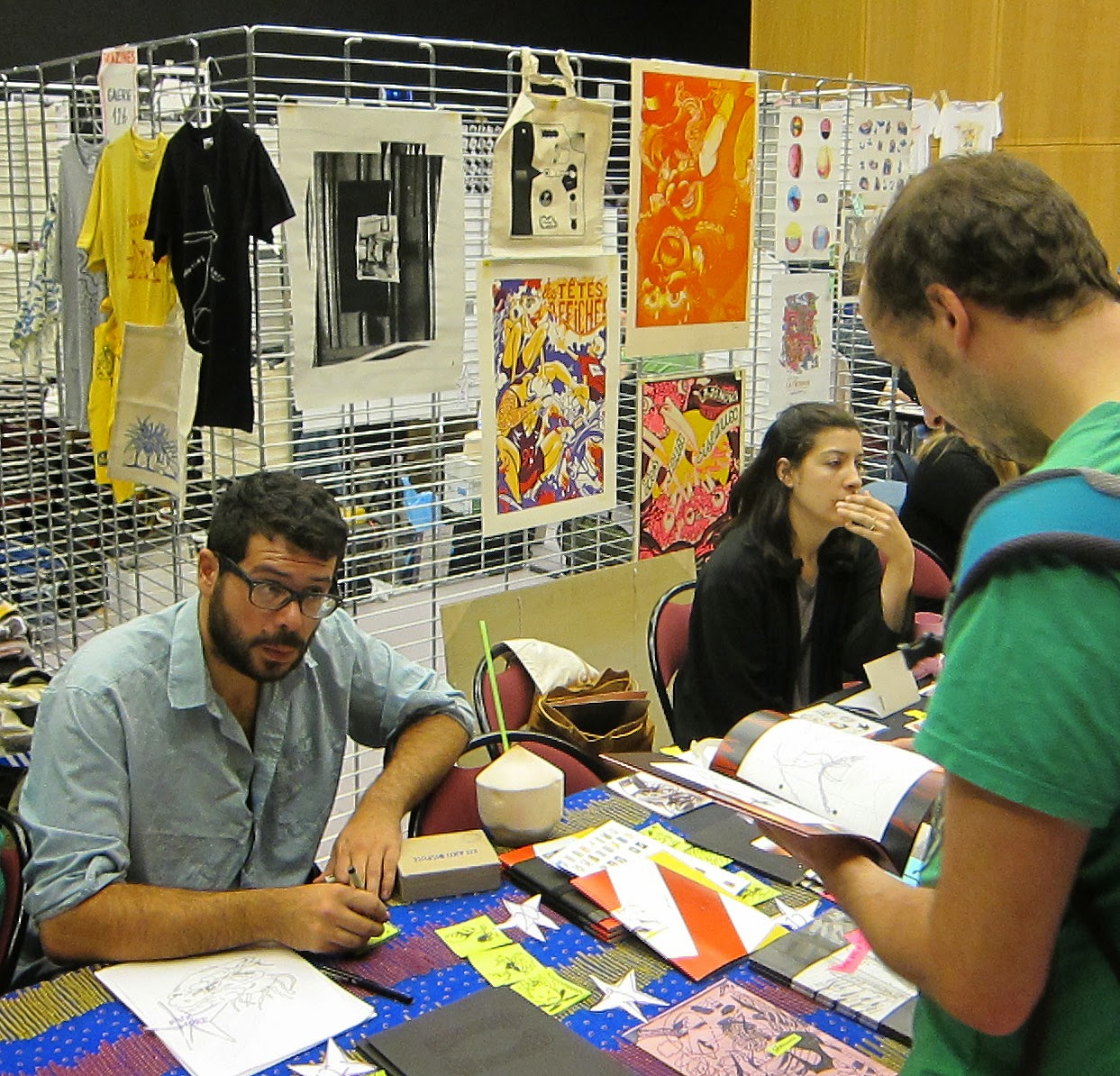 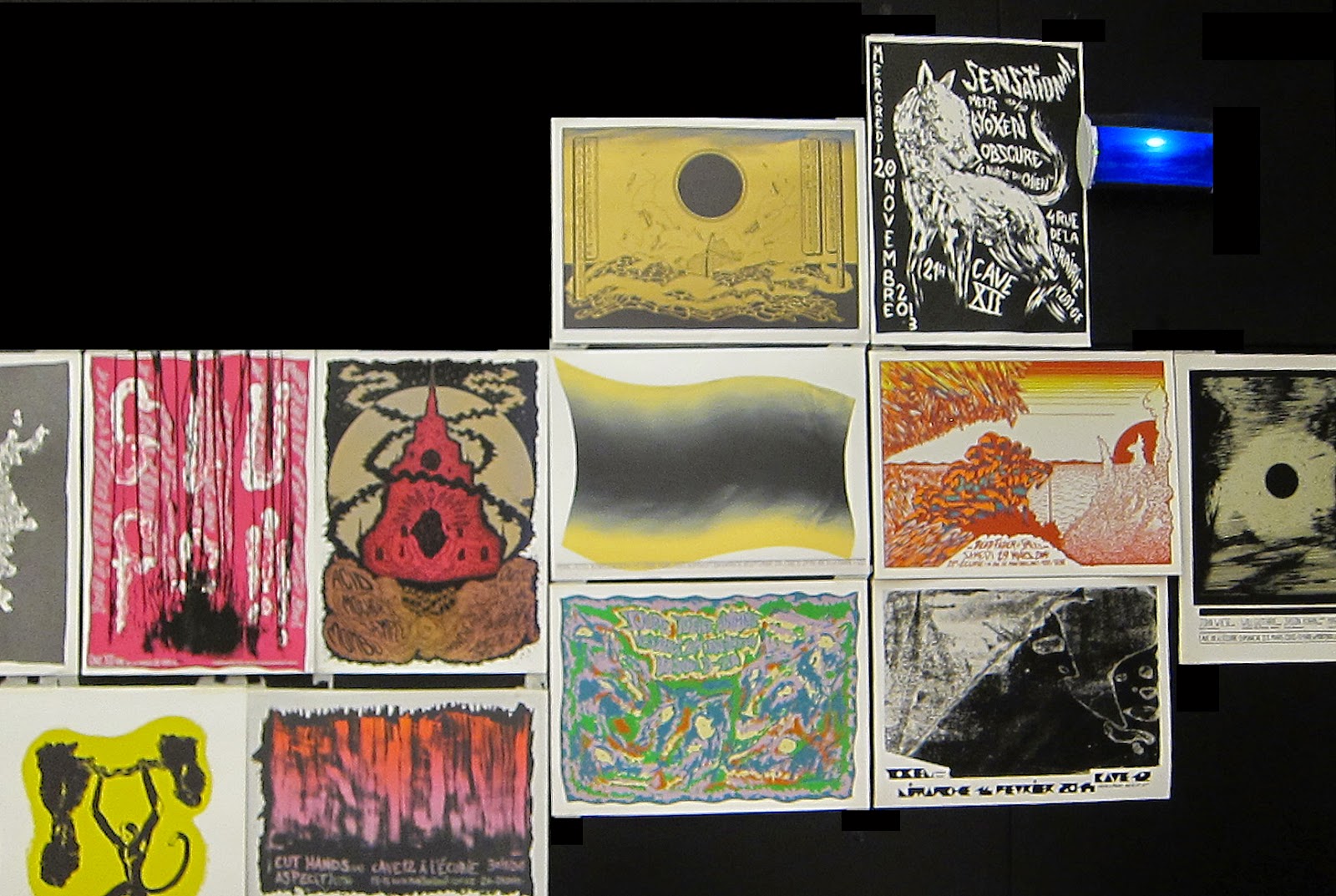 Wall of gig posters by Thomas Perrodin a Swiss artist who was also having a show of his incredible serigraphed books in the neighborhood near the festival
at the L'Oeil du XXeme gallery. 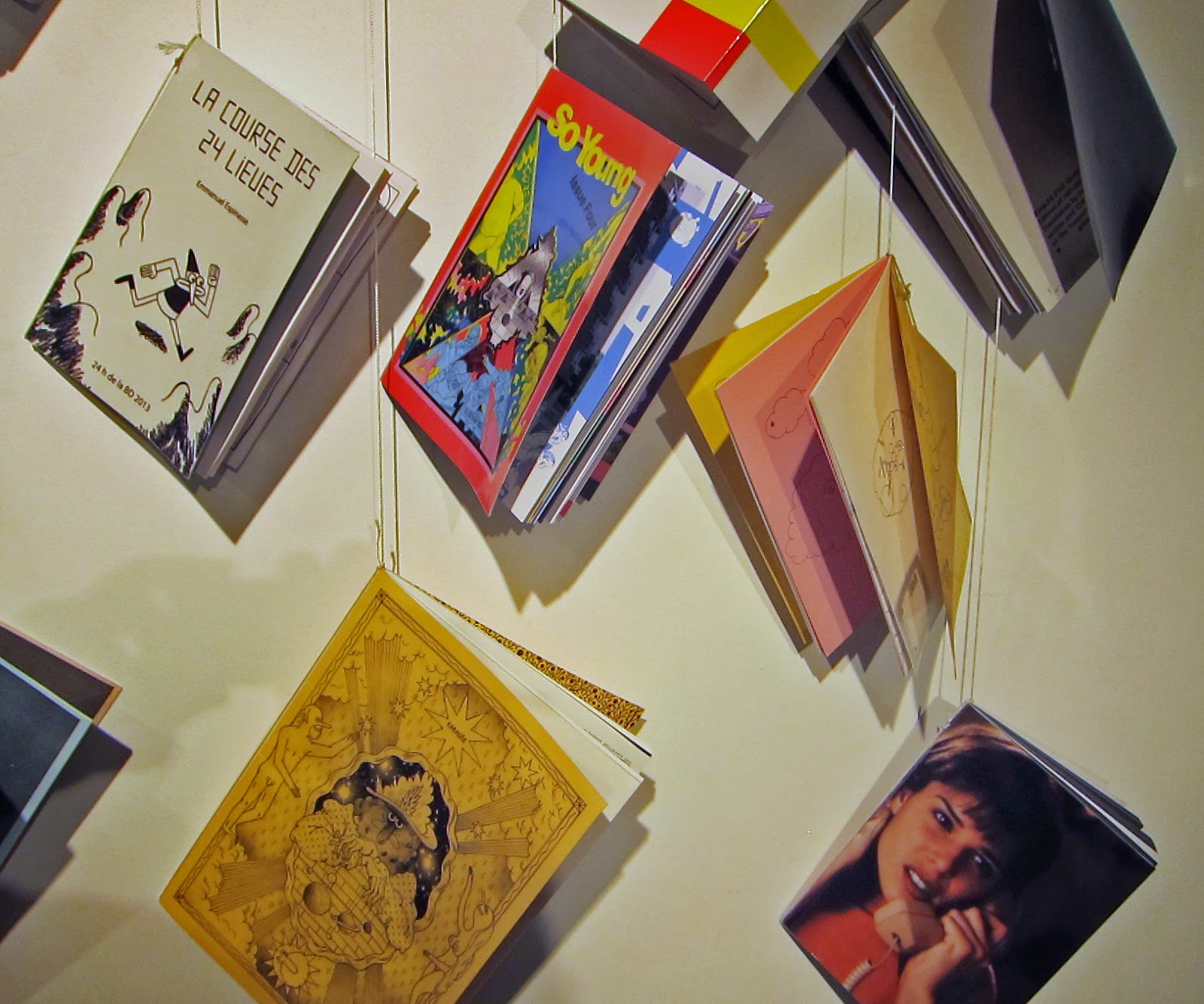