Prior to starting my collection of photography books (circa 1973 in New York) the only exposure I had to the word NUS was in an ad at the back of an early 1960s American men's magazine: "Exotic French books (in the ad, an illustration of NUS covers, including the Andre de Deines color cover below) imported directly from Paris". The ad was very appealing, but who knew what you'd get after responding to a girlie magazine ad.

A few years into collecting I found two or three volumes of NUS and was pleasantly surprised to see that they were filled with exceptional photographs, beautifully printed with full-page gravures of female nudes. Fast forwarding about five years, as my collection was growing, I starting attending auctions of photography books. That is where I saw  N
U
S  edited by Daniel Masclet (below) for the first time. I had to have it for the growing part of my collection concerning books on the nude, but it was more than I could afford and I dropped out of the bidding. Fast forward again to my early days in Paris, circa 1985. On one trip that year, at a bouquinistes stall on the left bank, there was NUS, seemingly waiting for me. It was wrapped in heavy plastic, taped shut like a parcel ready to be mailed, 40F (forty francs - at the time $4.00!) written in bold black marker on the front. I should say "they were wrapped..." as there were four or five copies of this, up until that moment, rare book, presented as a 50 plus years old "remainder" on the quai in Paris.

I bought the three copies that looked like they had just arrived fresh from the publisher (left behind the copies that were a bit damaged) and got my 10% percent discount to boot. Over the years I bought as many copies as I could find in and around the quai, the price inching up to 100F. Then, like all desirable remaindered books, they disappeared. 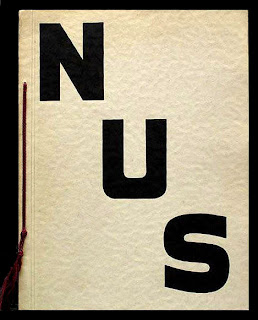 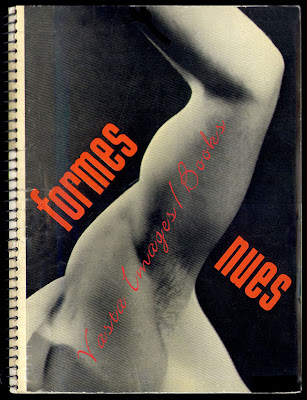 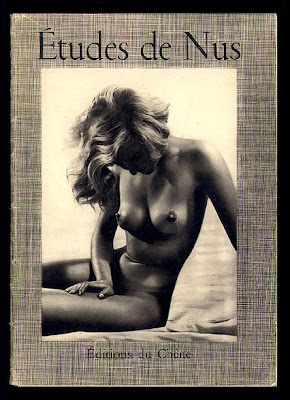 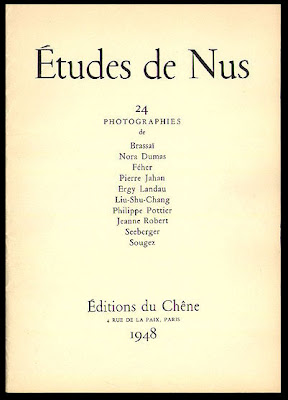 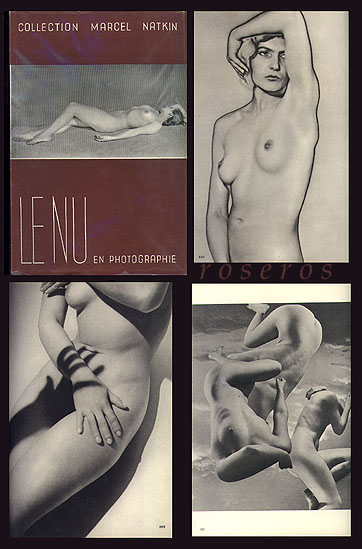 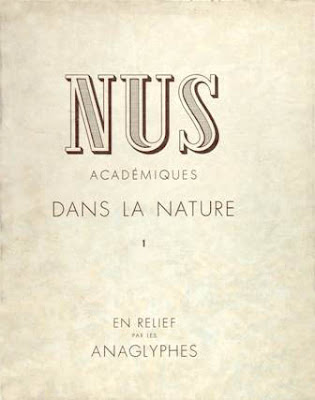 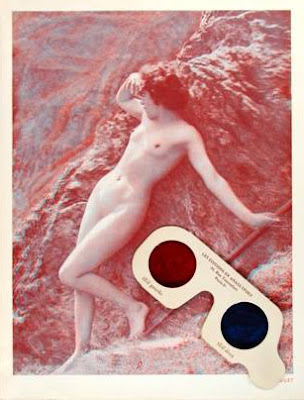 
The following seven cover illustrations are from the NUS series published in Paris starting in 1949. The series was numerically consistent until volume 4 or 5.  At that point the serial information was dropped and then restarted a few years later making it impossible to figure out the correct publishing sequence. Nonetheless, the quality of each volume was always consistently high, impeccably printed in full-page gravure and filled with images by some of the best photographers working in the genre. The series ended circa 1960.


NUS available in my eBay store can be found here. 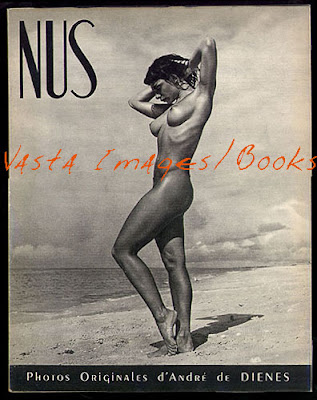 NUS. Photos Originales d'Andre de Deines. Paris: Societe Parisienne d'Editions
Artistiques, circa 1949. De Deines was noted for posing his models outdoors and was one of the first to photograph Marilyn Monroe. 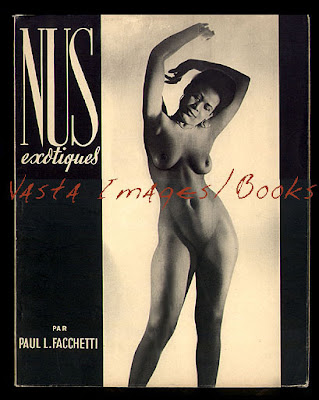 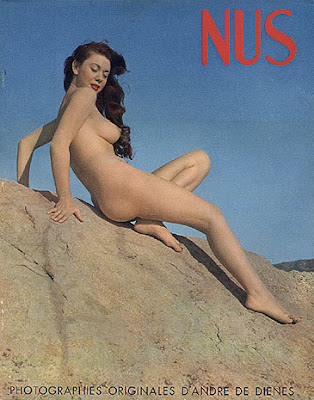 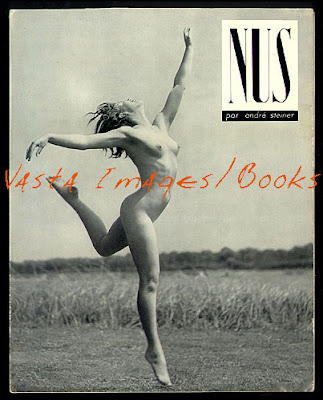 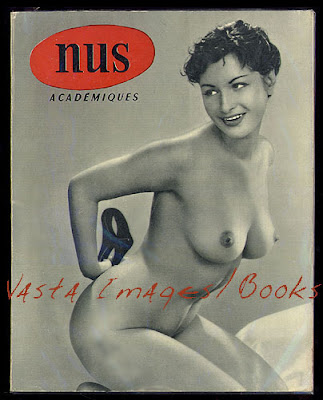 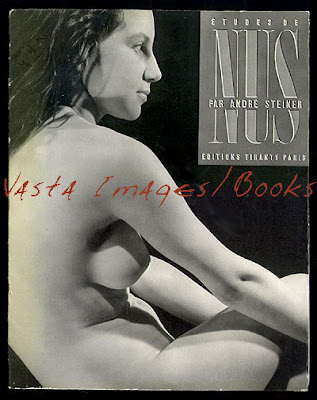 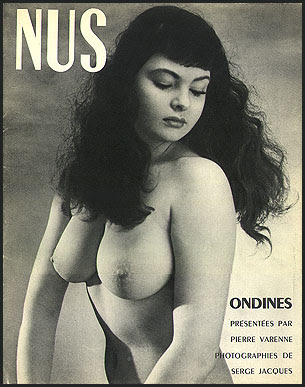 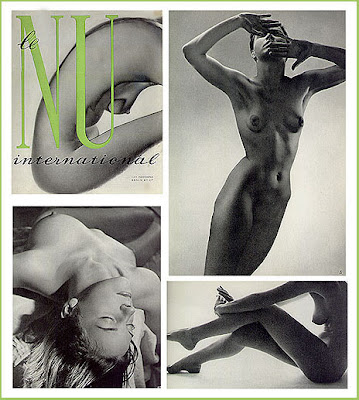 Le Nu International. Paris, 1954. Preface by Pierre Mac Orlan. Edited by Otto Steinert, the force behind the then emerging "subjective fotografie" movement in Germany. This is the French edition of Akt Internationale published one year earlier.
Exceptional collection of avant-garde, experimental and conventional nudes, printed in fine gravure including Berko, Brassai, Fukuda, Hajek-Halke, Henle, Landau, List, Masclet (in homage as recognition for his classic NUS published 20 years prior?), Schall, Strache, Edward Weston and others.
____________

Click here to see the Nus items in my eBay store
Posted by Joseph Vasta at 2:58 PM