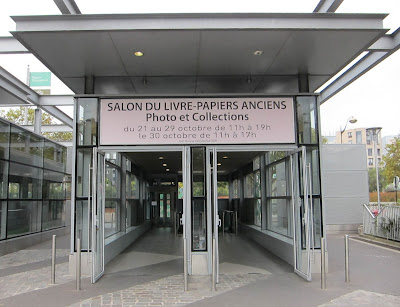 Late October and it was time once again for the Paris Paper Show held at Espace Champerret at the Porte de Champerret at the western end of the city limits. Moving the show into the largest space at this venue made a big difference, adding dealers stands and, in general, more room to move around and "breathe". Nonetheless the show has lost some of the "usual suspects" as some dealers, no doubt for a variety of reasons, did not have stands. It was a successful show for me, buying, selling and trading, primarily with colleagues I have known for many years.


Next Paris show at which I will have a stand is the February, 2012 installation of this event, across town from this venue at the Halle Freyssinet.  Photos from the fair follow. 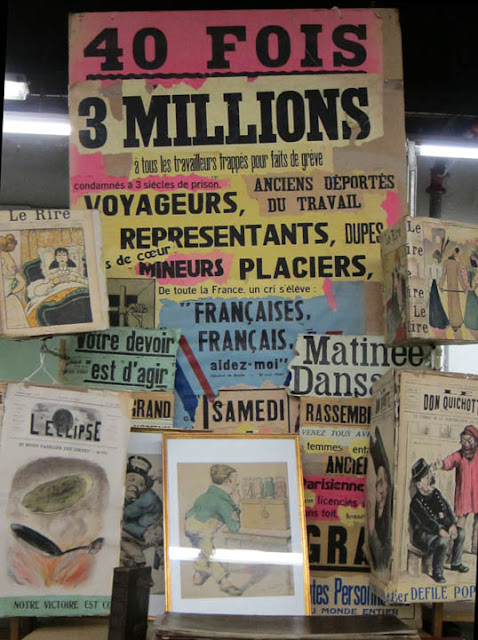 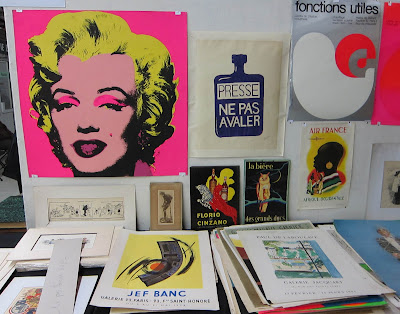 Can't get away from Marilyn and Warhol! 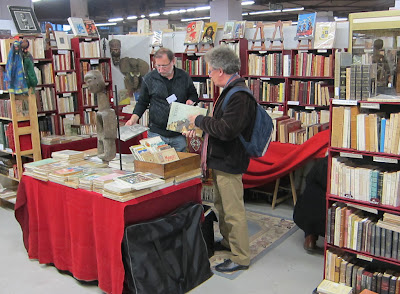 (above and below) There were numerous book sellers who appeared to be first time stand holders at the show. 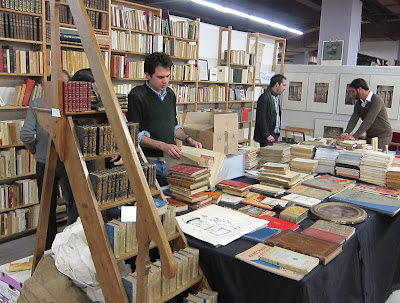 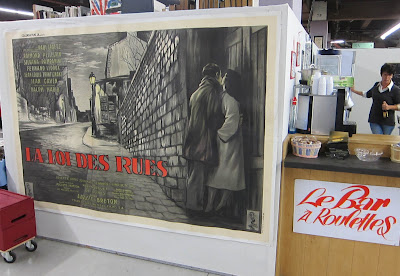 Two sheet size poster for La Loi des Rues (1956 directed by Ralph Habib) next to one of the food stands. This one offered omelets, crepes and the daily, changing "plat du jour", all of which were wonderful. 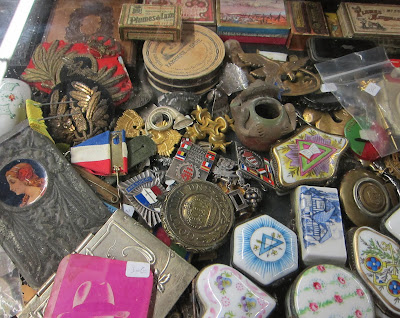 (above and below) Display cases including military decorations, snuff boxes, pocket mirrors and an excellent selection of miniature, articulated "biscuit" dolls. 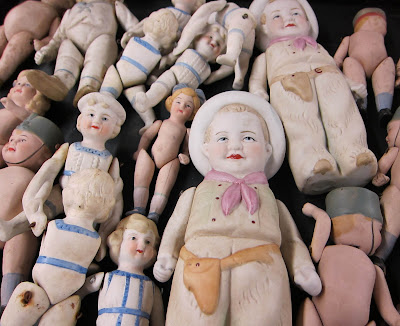 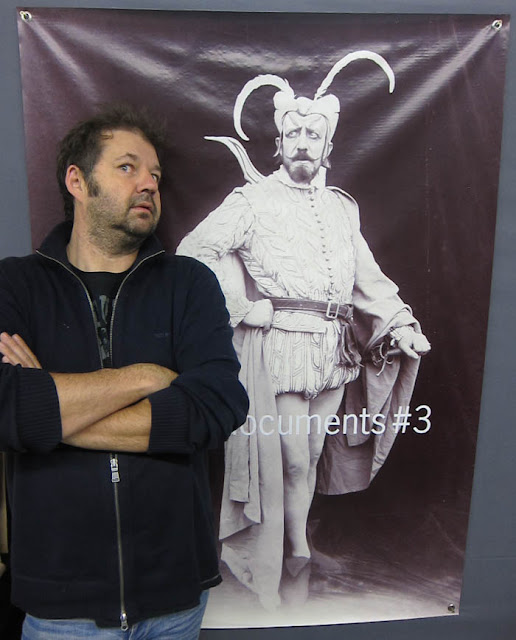 Photographs dealer, Philippe Jacquier of Lumiere des Roses, posed with a blown-up, poster sized photograph of George Melies, magician and filmmaker best known for his Le Voyage Dans La Lune (Trip to the Moon) the ground breaking, surreal, sci-fi film he made in 1902. Philippe and company will have a stand at the upcoming Paris-Photo show at the Grand Palais. 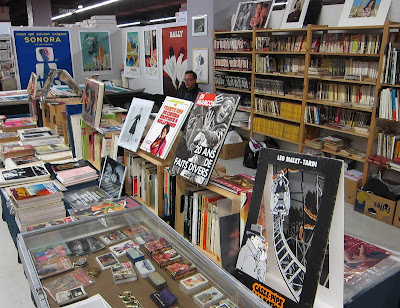 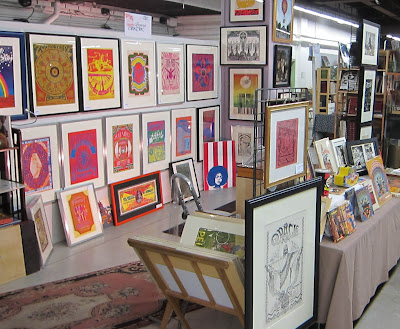 (above and below) Dealer displaying an extensive selection of rock 'n roll psychedelic posters from the '60s/'70s as well as other pop-culture items and books from America. 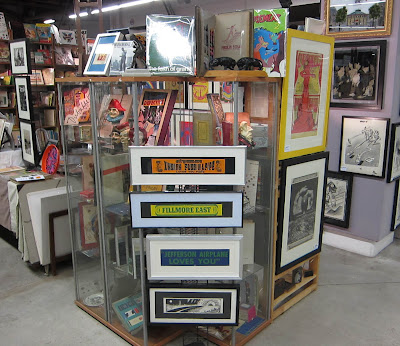 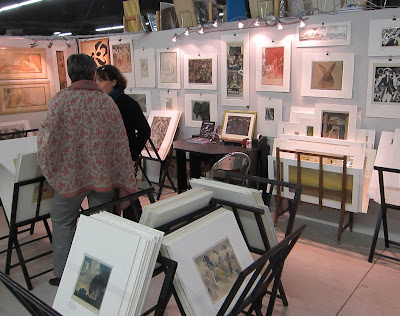 Beautiful display of prints and graphic arts, circa 18th century to the 20th century.
______
Posted by Joseph Vasta at 9:43 AM