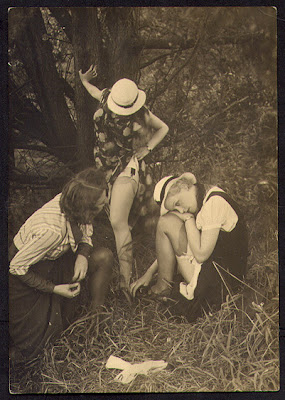 Picking up the posting thread begun after my trip to the Paris Paper Show in October, here, and in the next few posts, is a selection of material from that trip. Most of the photographs listed here will soon be available in my eBay store.

(above) Three stocking'ed lambs who have lost their way.
Photographer unknown; circa early 1930s. SOLD 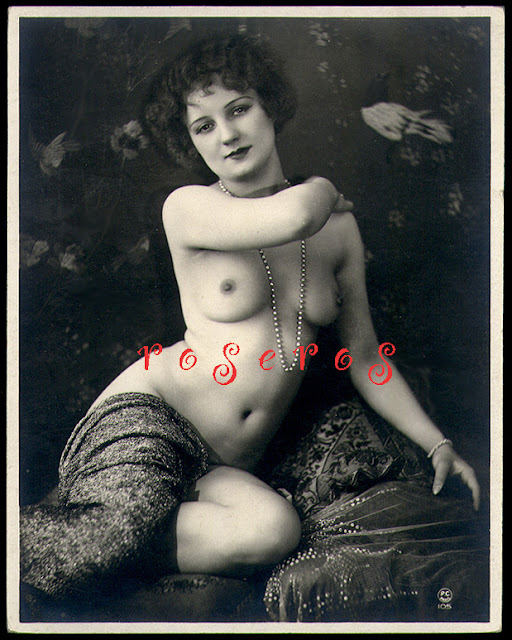 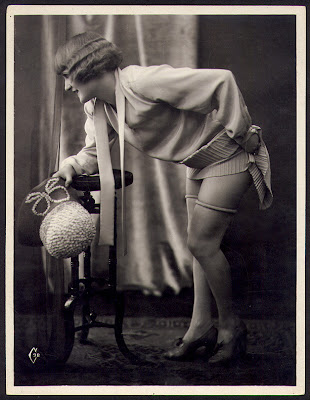 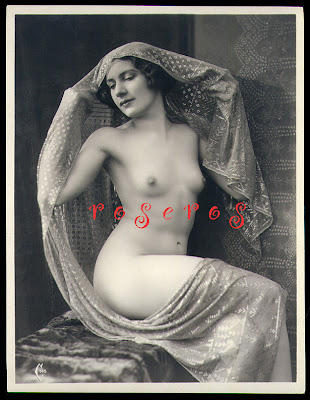 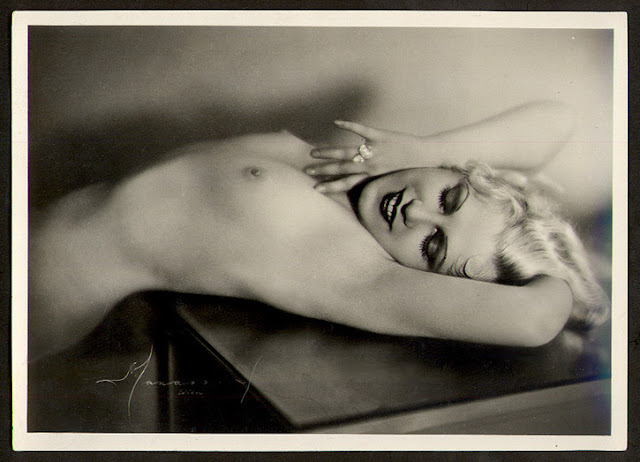 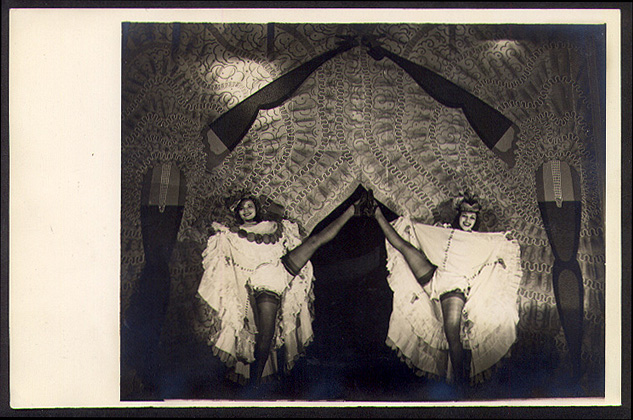 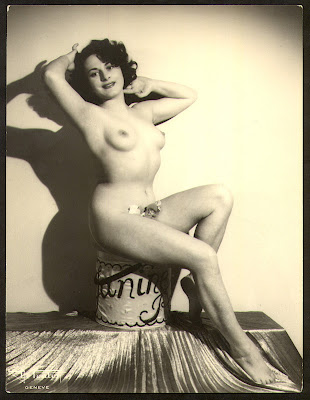 (above & below) Strippers photographed by Le Fouton, Geneve
(Switzerland), circa mid-1950s. Both SOLD 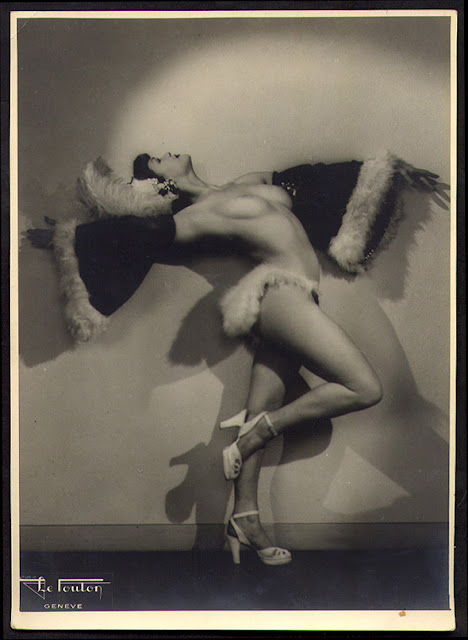 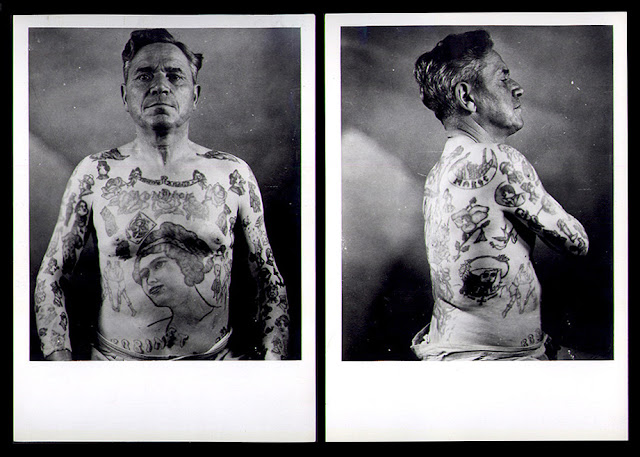 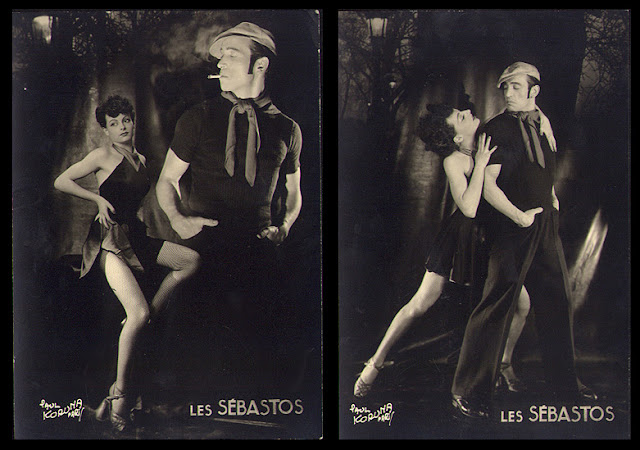 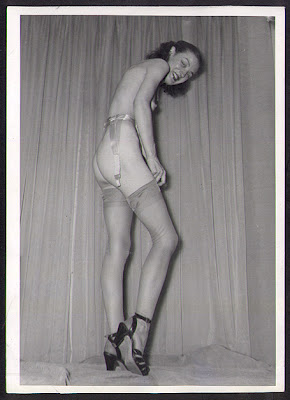 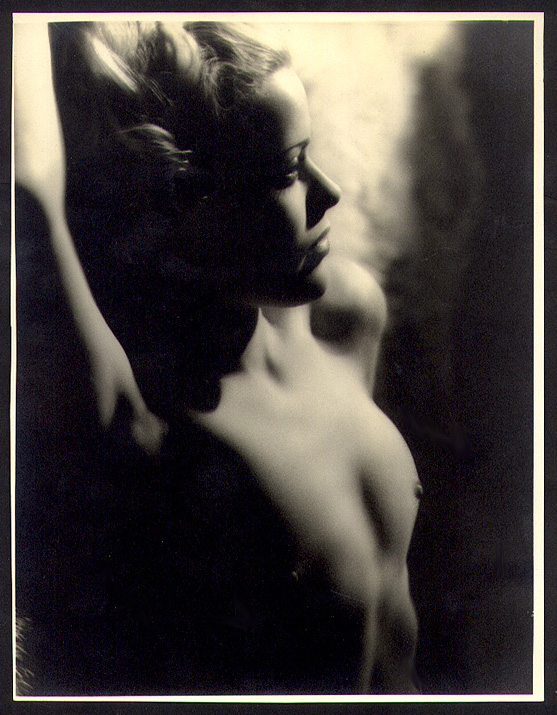 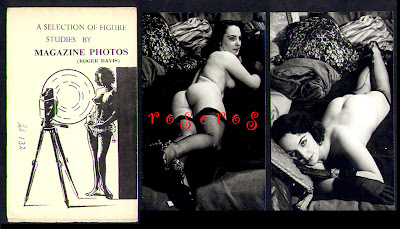 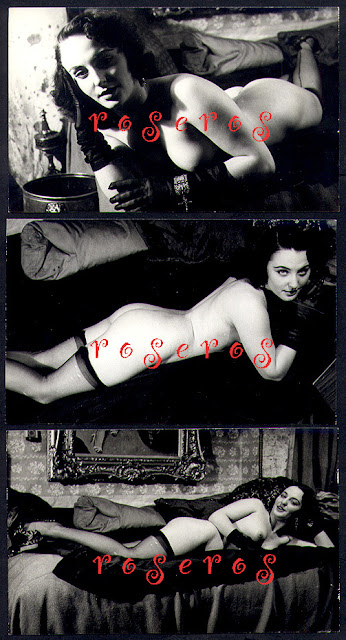 Set of five photographs by Roger Davis with the original wrapper;
England, circa early 1960s. 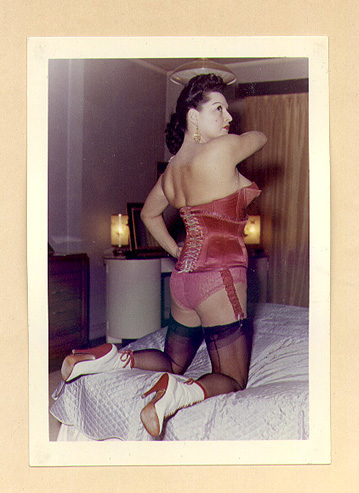 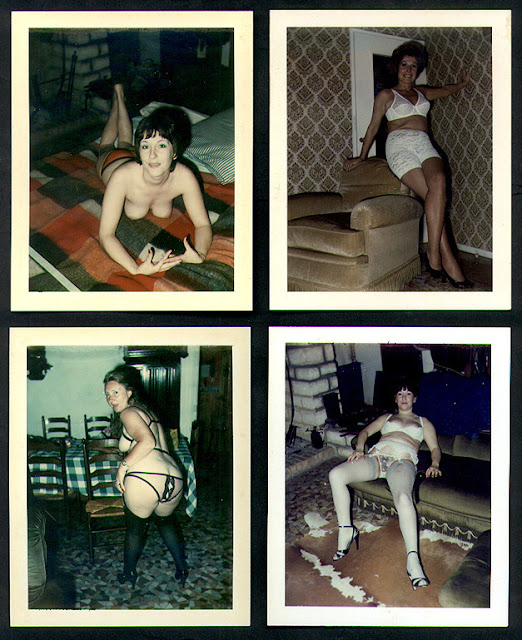