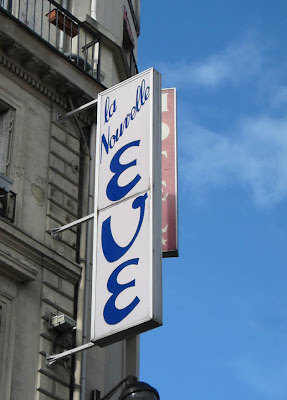 Legendary night clubs, cabarets, strip joints, "private bars", sex shops, seedy "live" shows, legitimate theaters and adult dvd shops are scattered along the boulevard running from Place Pigalle to Place Clichy and below the boulevard, as narrow streets flow downhill heading south. The major attraction, the Moulin Rouge, located between Pigalle and Clichy at the Place Blanche, will be featured in a separate post. With world wide web, LED lighting, wi-fi, "the cloud" and smart phones, the future of these businesses and their illuminated signage may not be long for this world.
Relocated to Montmartre, just above Place Blanche, for my October trip, I took extended walks around the neighborhood, photographing the landmarks of the demi-monde by day.... 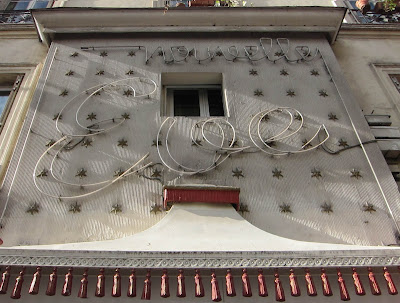 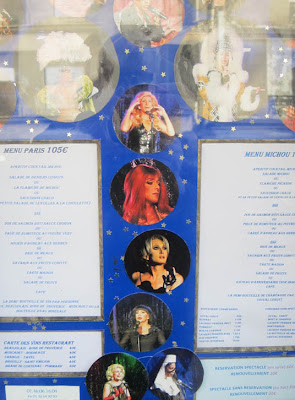 Chez Michou "diner spectacle", a Montmartre/Pigalle institution on the rue des Martyrs, presenting female impersonators in a cabaret environment for over 50 years. 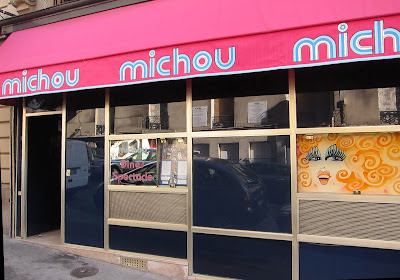 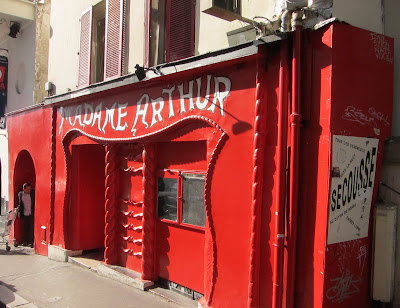 Diagonally across the street from Michou is Madame Arthur's. Presenting dinner theatre, featuring female impersonators starting in the early 1950s, as of two weeks ago, it appears to be closed. It was the home in the late 1950s/early 1960s to the transvestite stars of the cabaret scene in Paris: Coccinelle, Bambi, Claude Andre, Cricri Mory, Manon, et al. 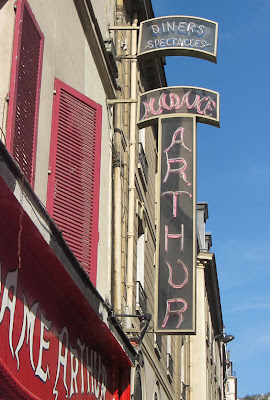 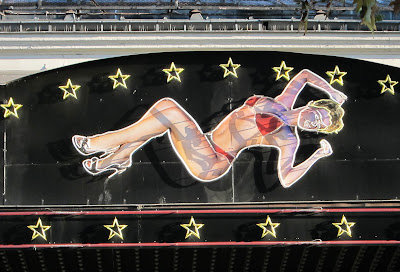 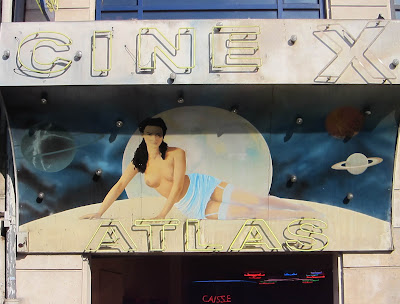 ....and the glow of the neon-lit typography and storefronts by night. 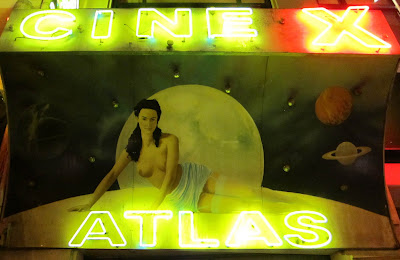 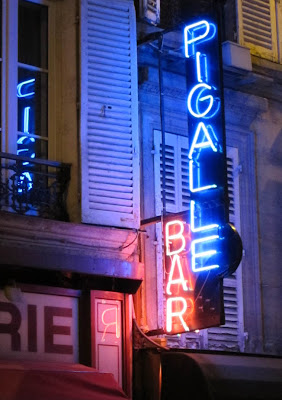 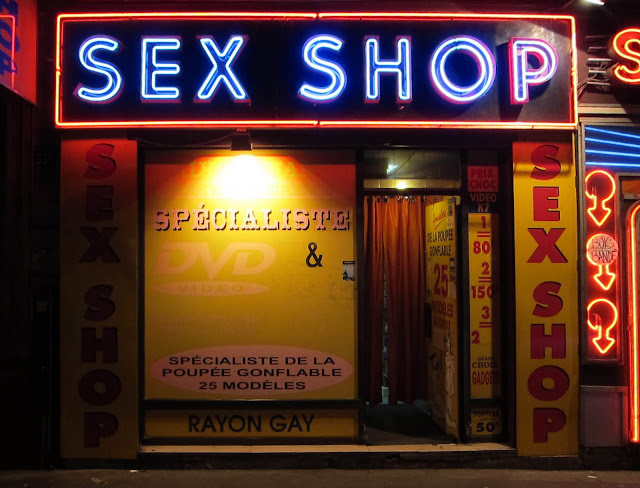 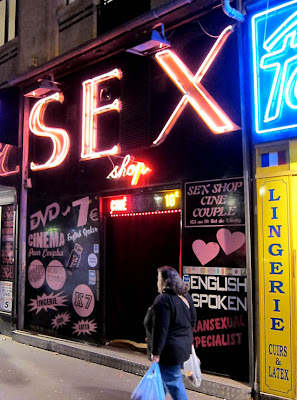 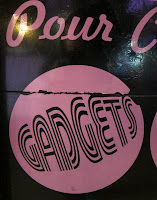 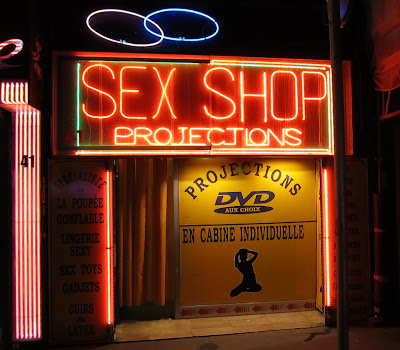 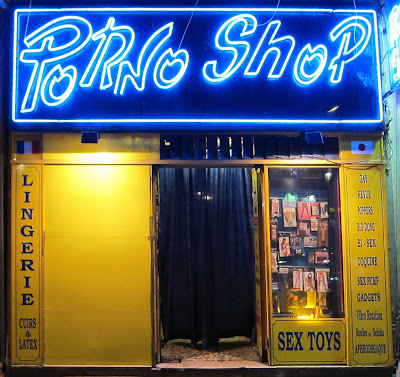 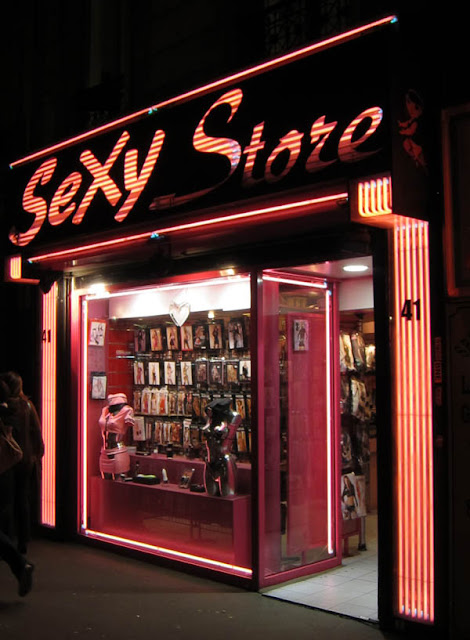 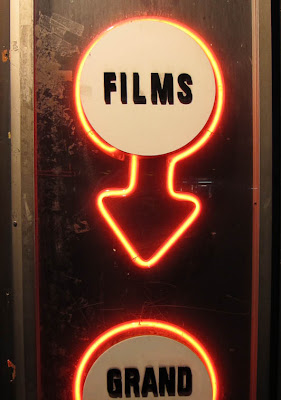 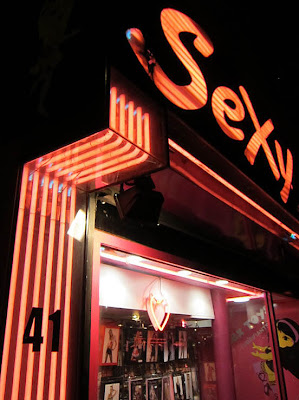 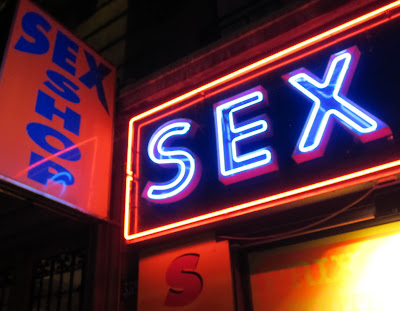 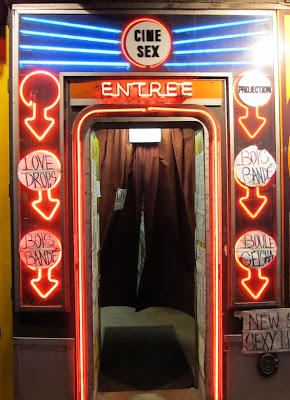 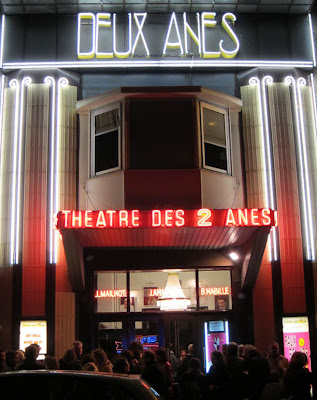 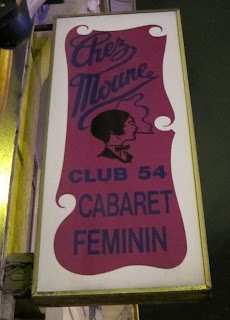 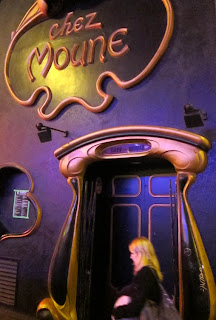 Opened in 1936 as an exclusive lesbian club in the heart of Pigalle’s red light district, the legendary Chez Moune is now "open to the public" as an after hours dance place. 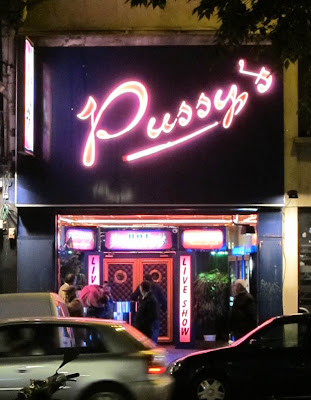 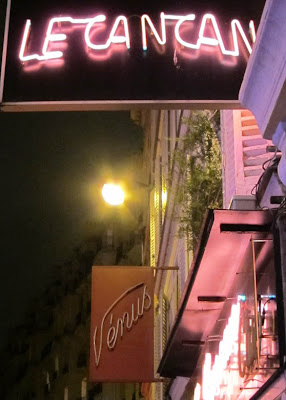