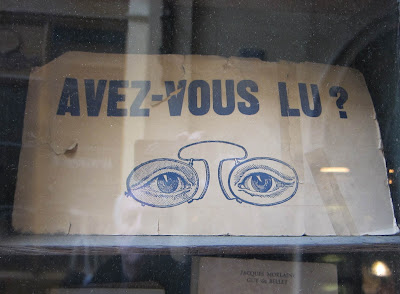 While In Paris for the week long trip for the paper collectibles' show at Champerret, there were numerous, too many to get to, art and cultural events happening in the city at the same time.


First was the Artist's Book Fair at Le Point Ephemera, a space located on the banks of the Canal Saint Martin. Small in comparison to the New York City version, this fair had an overabundance of youthful energy in an old industrial space crowded with (primarily) French artists and publishers. In the, squeezed into a sitting on top each other exhibition space, there were 'zines, small press and book publishers and a few familiar faces from the New York fair. The variety of publications ranged from the extremely minimal to the frantically crowded page layouts of scribbling or collaged imagery, seemingly favored by the French. The exhibition continued into the theatre space where artist's and publishers were represented in a group environment. 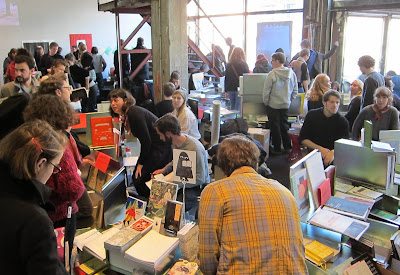 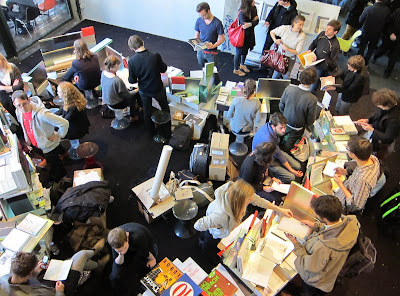 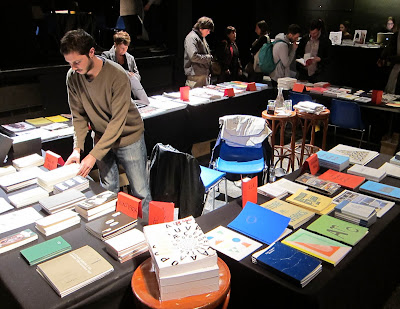 On Saturday morning prior to the paper show at Champerret, I queued up at the entrance to Cut/Log, one of the alternate art exhibitions (called a "show-off" by the Parisians) to the major contemporary art fair, FIAC (Foire International d'Art Contemporain), taking place the same weekend at the Grande Palais. Cut/Log was staged in the circular Bourse de Commerce building, the former home of the Parisian stock exchange located near Les Halles. The exhibiting galleries presented an eclectic selection of cutting edge artwork, many influenced by contemporary events, politics and pop-culture. 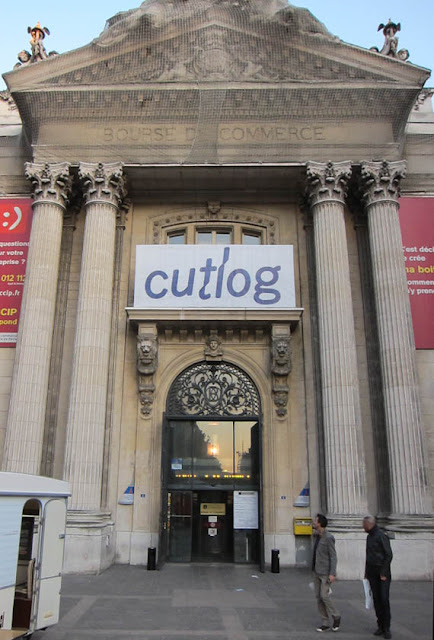 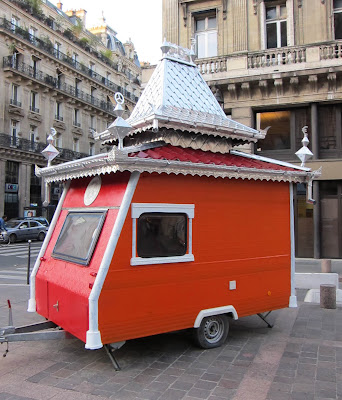 Asian influenced caravan, part of the exhibition and parked out front of the entrance to the bourse. 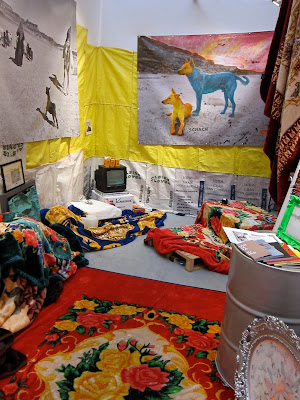 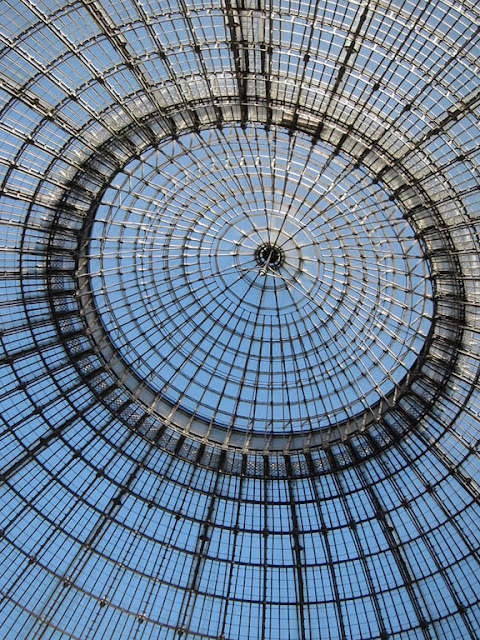 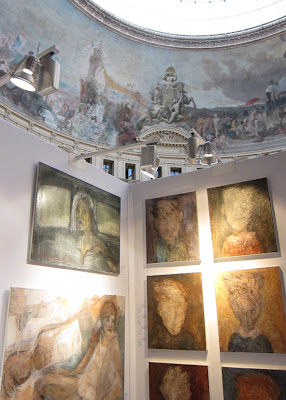 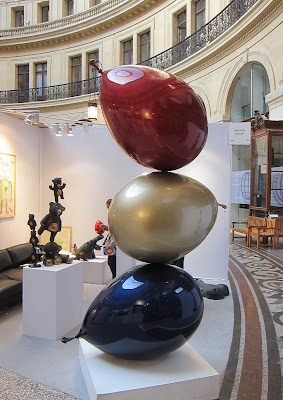 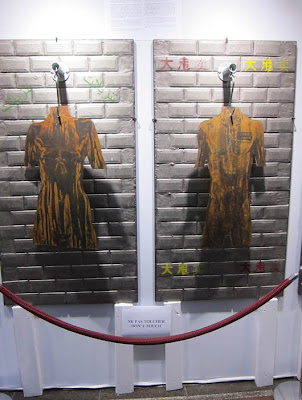 
With only about four hours remaining on Sunday to view FIAC and the other alternative art fair I opted out of the very long line for FIAC and walked right into Art Elysee, the alternative fair. Imagine a series of long narrow white tents situated along the side of the Champs Elysee as it approaches the Place de la Concorde. Now fill them with an exceptional selection of modern and contemporary art, mix in a burgeoning and fluid crowd of art lovers, weaving in and out of the exhibition stands and you're there. After doing the promenade in both directions, I had more than filled my need for art and in hind sight, regrettably, skipped the FIAC which was in its final hours. 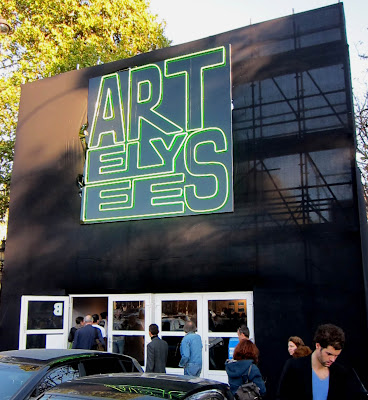 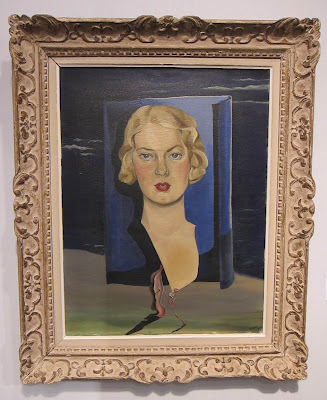 Portrait by Picabia circa 1935 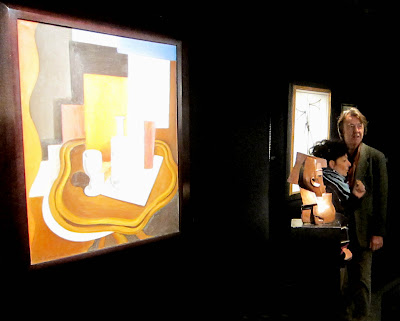 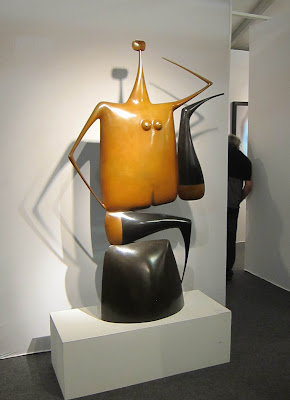 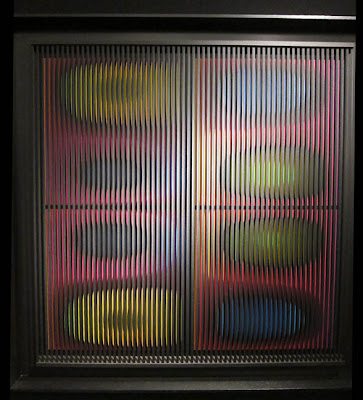 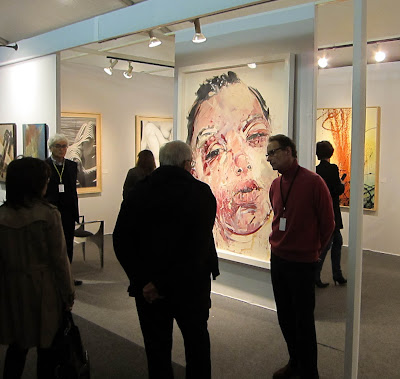 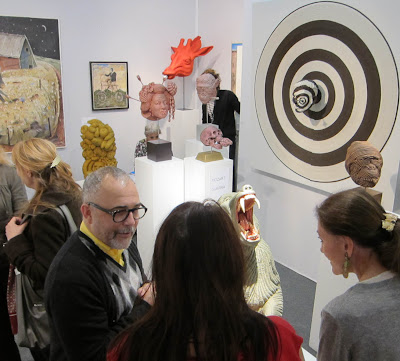 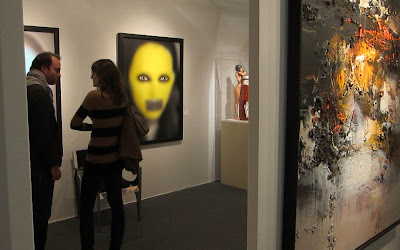 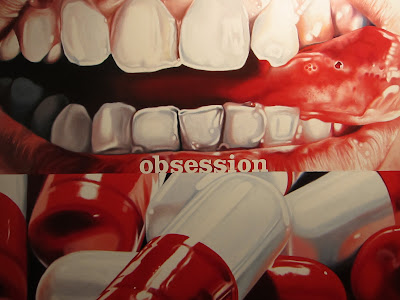 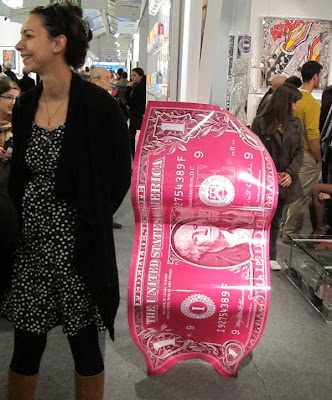 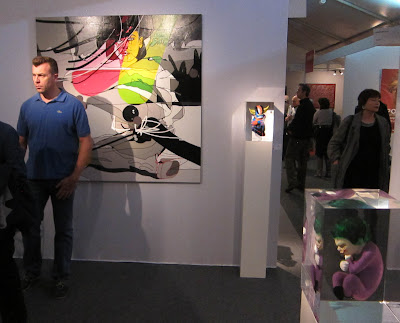 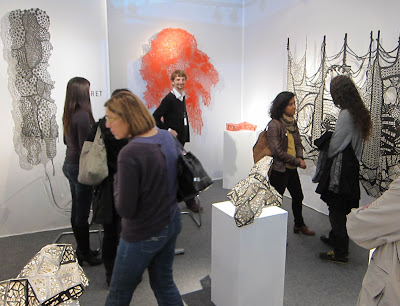 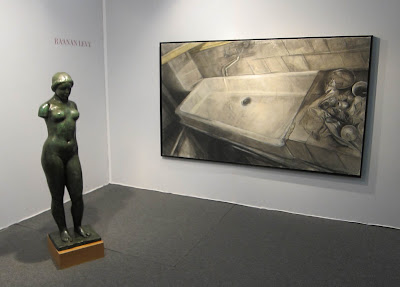 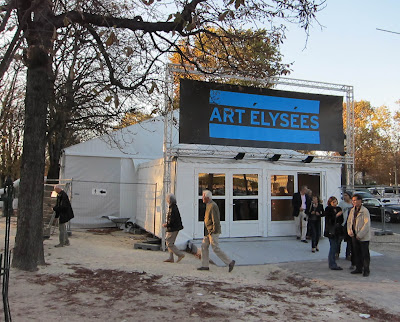