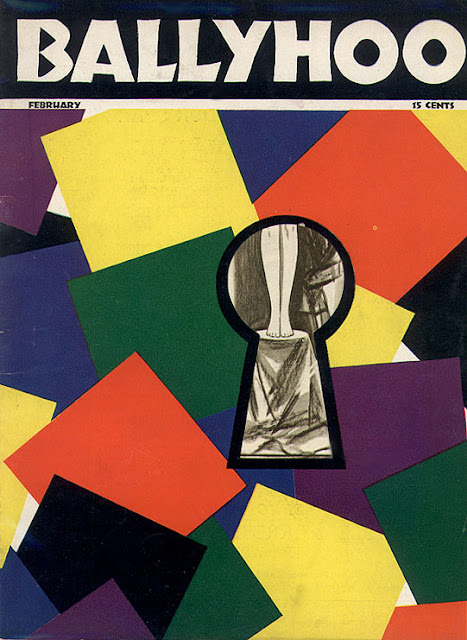 Published in the United States by Dell and created by George Delacorte Jr., Ballyhoo was an unusual magazine filled with humor and satire. It appeared in both American and English editions, often with thematic "special" issues. Because of its general tone of irreverence for the establishment and spoof advertising, Ballyhoo is sometimes credited as being the inspiration for Mad magazine. The early 1930s issues were full size with excellent cover illustrations, many by Russell Patterson. The issues leading up to the WWII era were reduced to digest size (see next post) with a mix a of humor and political satire on the covers. More of the story here. 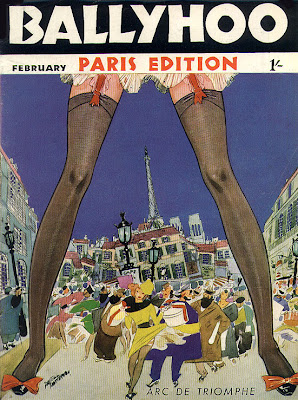 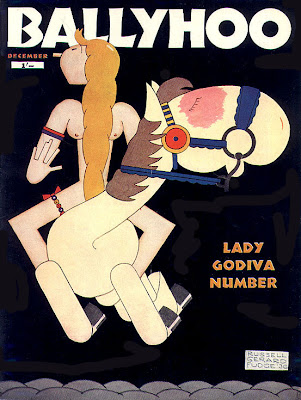 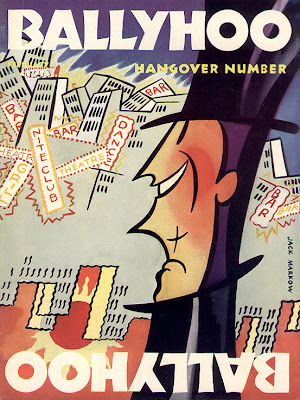 The Hangover Number with night/next morning cover by Jack Markow 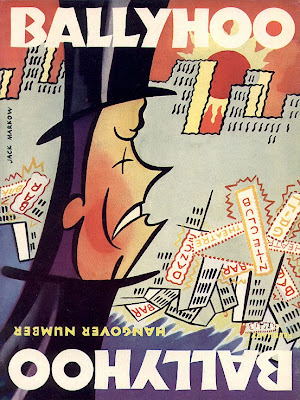 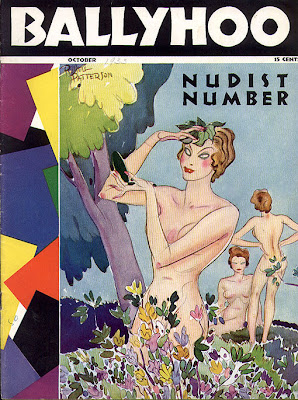 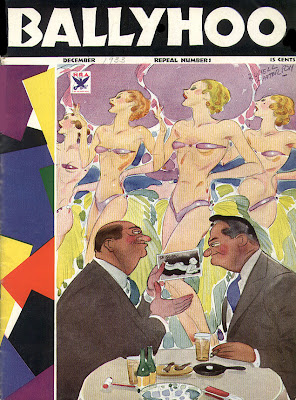 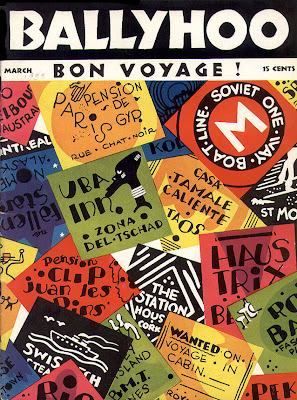 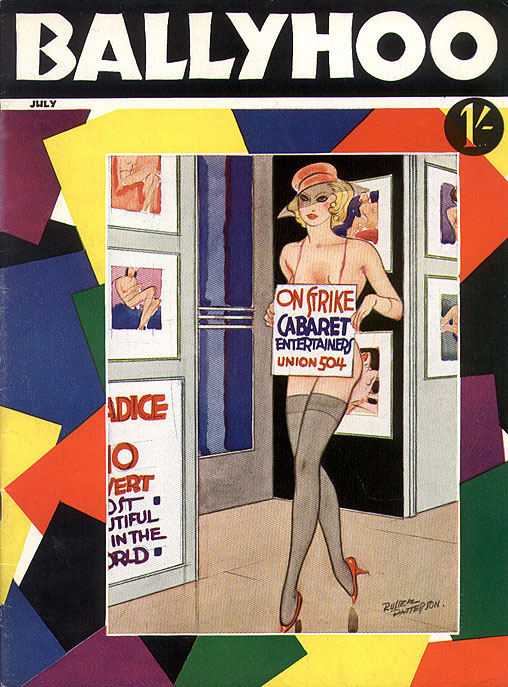 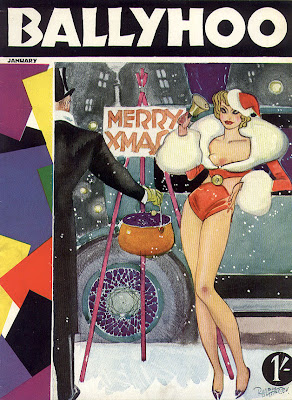 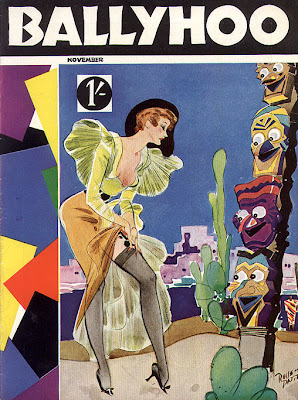