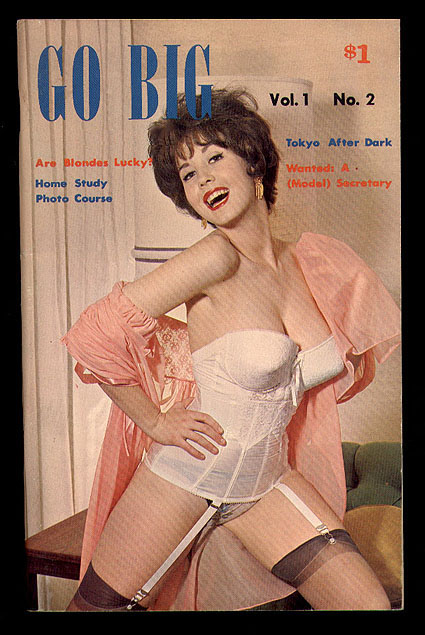 The New York City digest sized girlie magazines of the late 1950s and early '60s were the proving ground for many of the full size magazines that would follow. The digest size (approx. 5.5" x 8.5") magazines were a genre unto themselves and many independent publishers followed in the footsteps of what John Willie (Bizarre magazine 1940s to the early 1960s) and Lenny Burtmen's Exotique publications (mid-1950s to early 1960s) had established as the earliest "special interest" fetish, digest size magazines.

It seems like a no-brainer to literally focus on publishing magazines filled with high quality photos of sexy busty babes but it took a while before they hit the racks at the adult book stores. Yeah, these particular magazines were not meant for consumption by the general public. Too dangerous for America's youth. A special trip to Times Square was required to get acquainted with the pages posted here. These are from deep in my archives and have my roseros watermark on them. 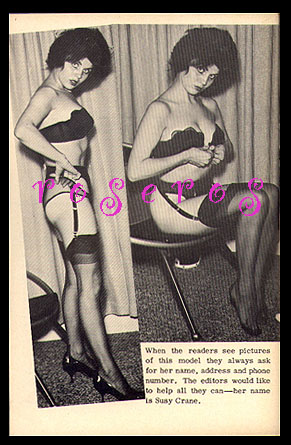 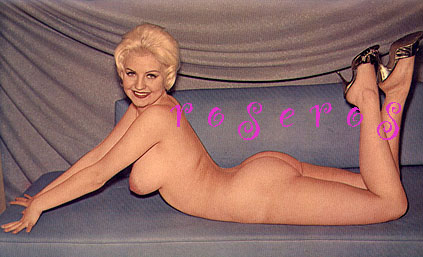 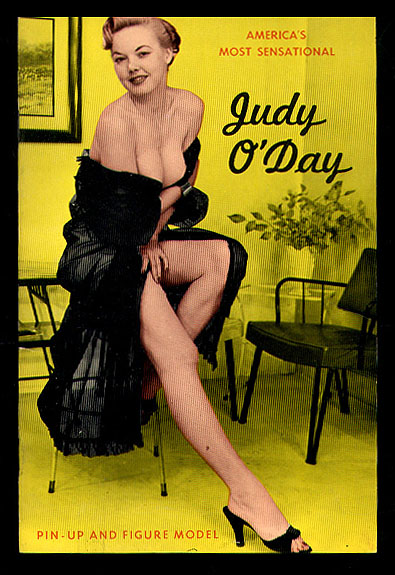 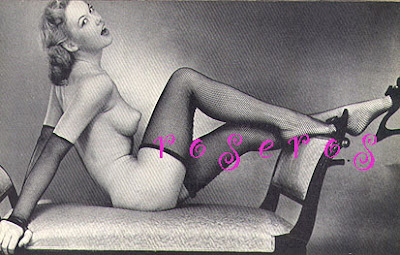 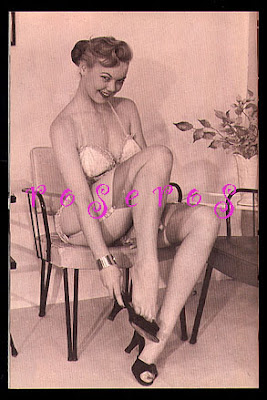 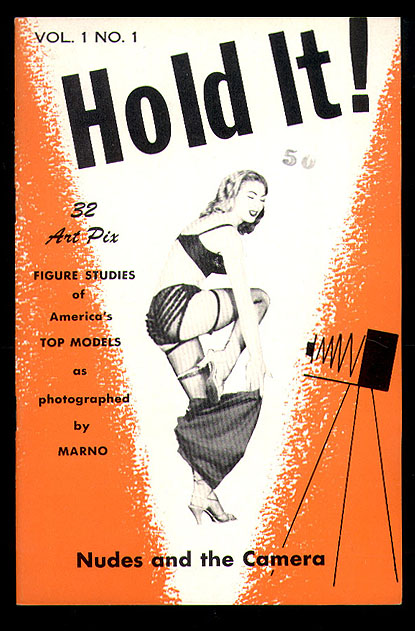 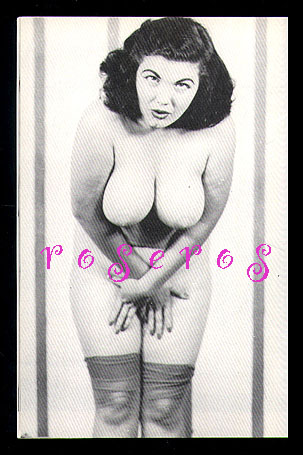 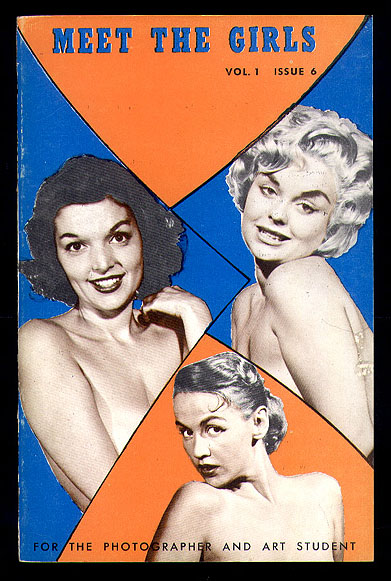 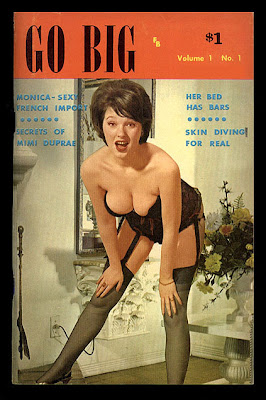 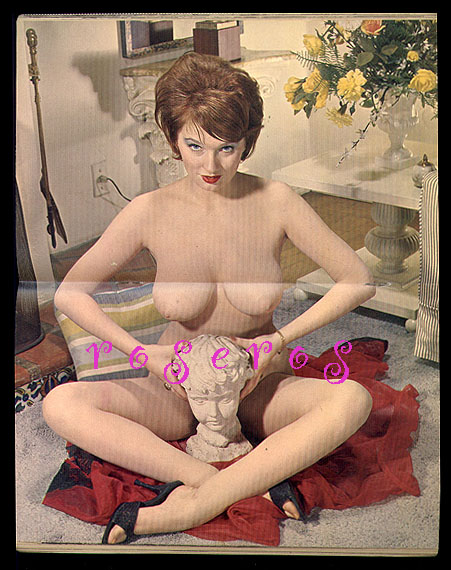 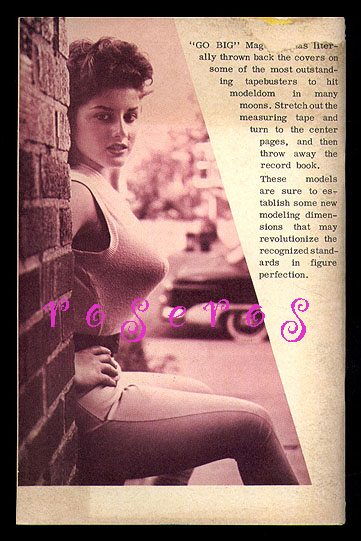 Rita (aka Karen) Castro on back cover.
That blouse was never the same after she wore it!! 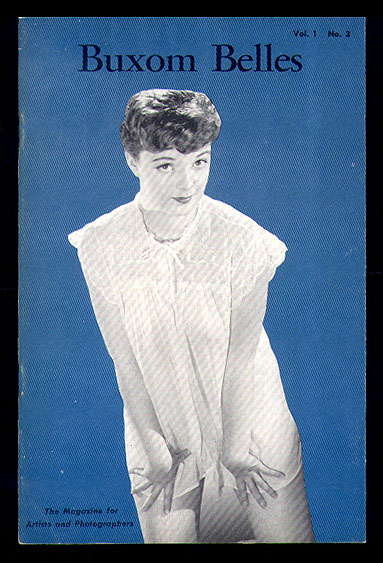 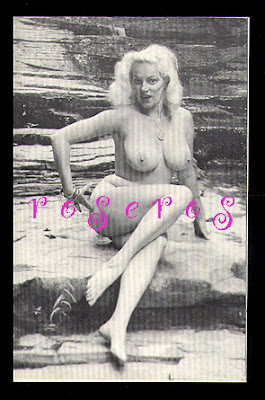 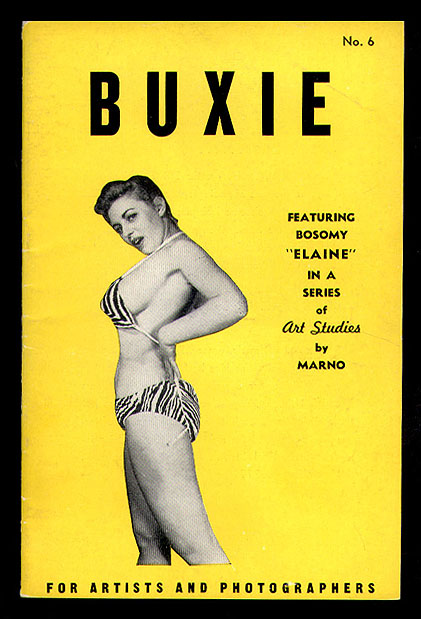 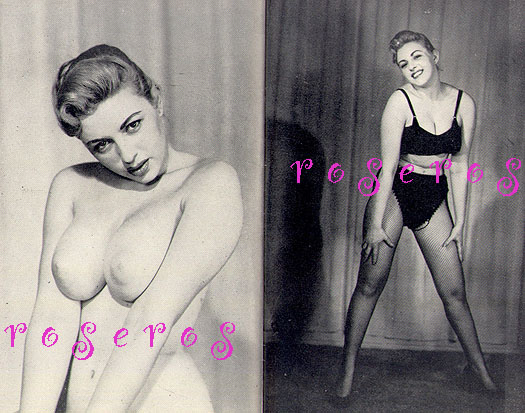 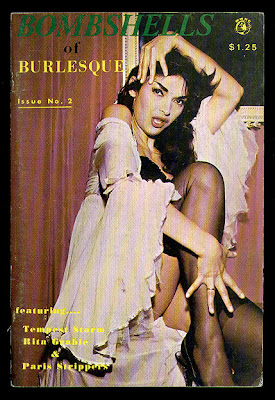 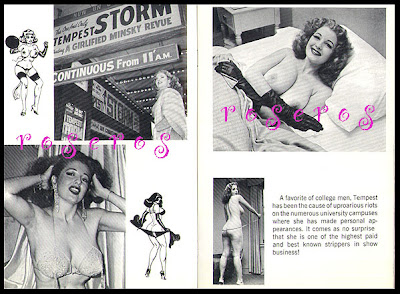