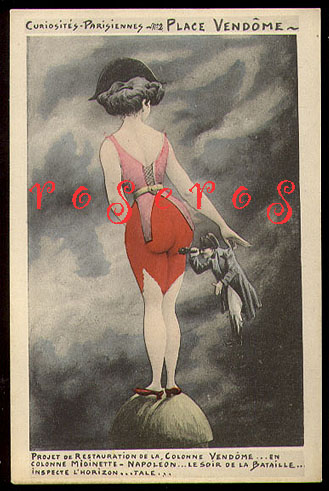 A post earlier this week looked at the humor magazine L'Amour and its focus on prostitution at the turn-of-the-century. France's obsessive interest in prostitution, in its own way, reveals much about French society. Without any desire or need to be critical, here is another aspect of the circa 1900 French view of prostitution, prostitutes and their clients, as seen on postcards. Most of the captions are turn-of-the-century, difficult to decipher plays on words. Nonetheless, the sexual intentions are quite clear. All of these postcards, except the two at the end, are quite rare. 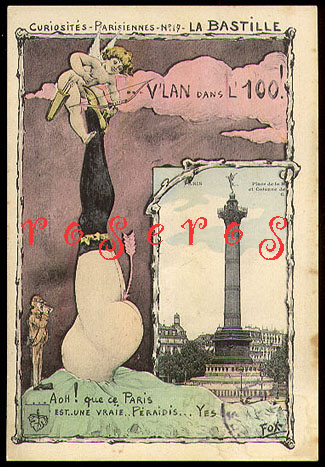 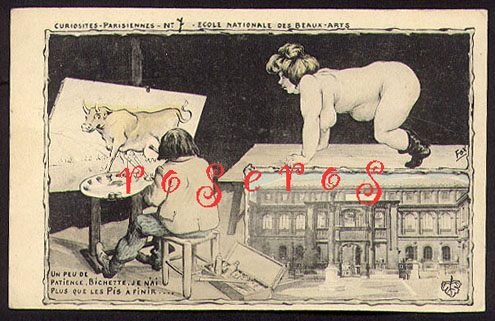 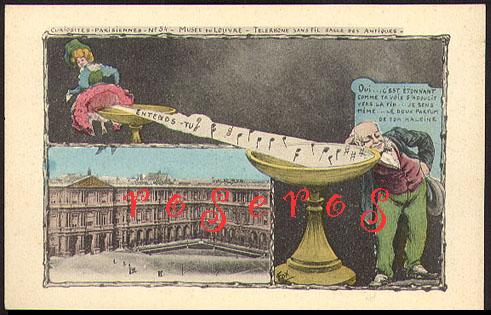 At the top and the three postcards above are from the series Curiosites Parisiennes. Parisian monuments and iconographic buildings as part of the visual and verbal gag. 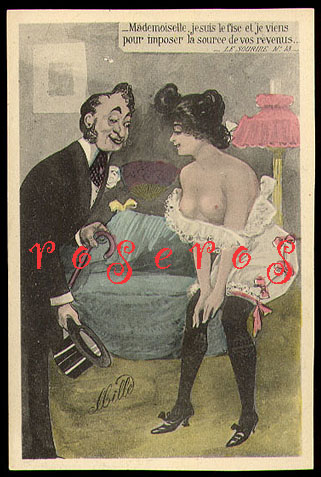 Another series focused on prostitution Le Sourire (above and below);
illustration signed Mille. 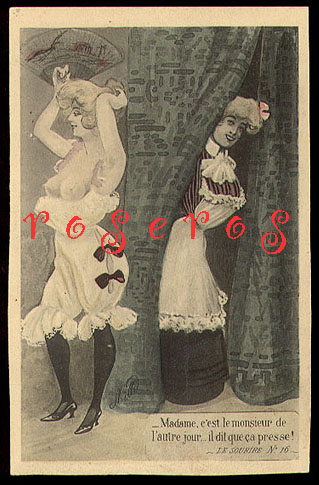 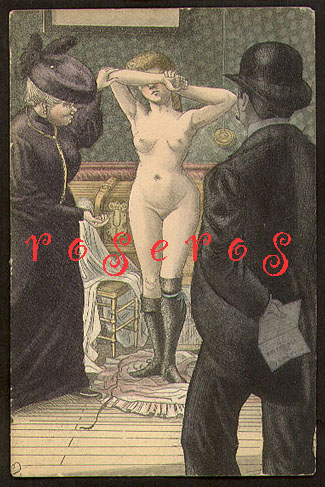 Beautifully printed etching, part of a series by the artist Fredillo Dans La Monde (In the World) one postcard from a rarely seen, sexually explicit series.  Note: even through this is a postcard (standard paper-weight and size) it does not have a postcard back and was not meant, nor was it legal for mailing. 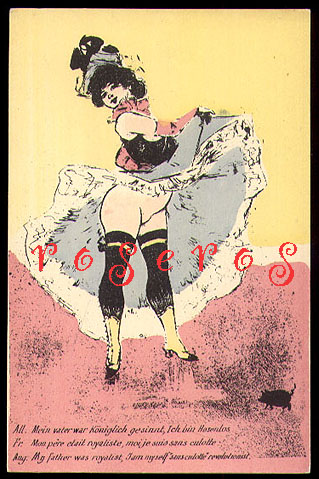 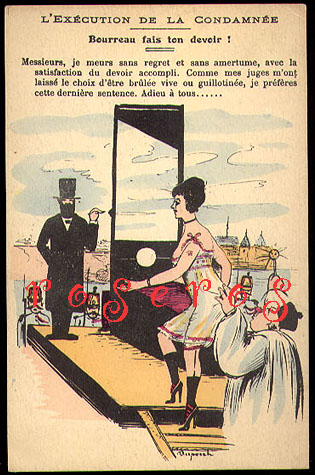 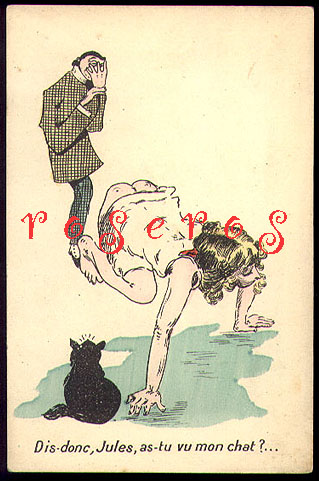 Three cards above are typical of an almost cavalier attitudes
towards the profession and women. 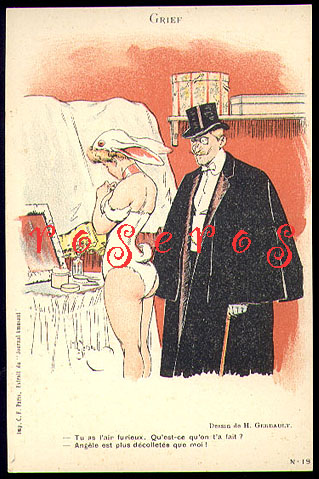 Patrons of the arts 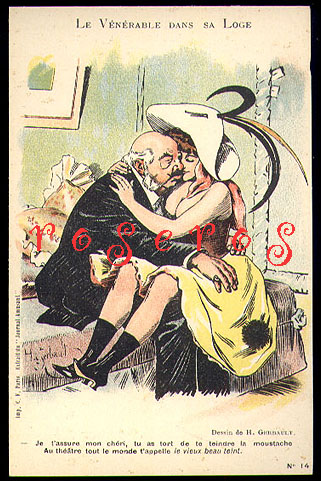 The two above and the one below published by another of the period
illustrated humor magazines Le Frou-Frou. 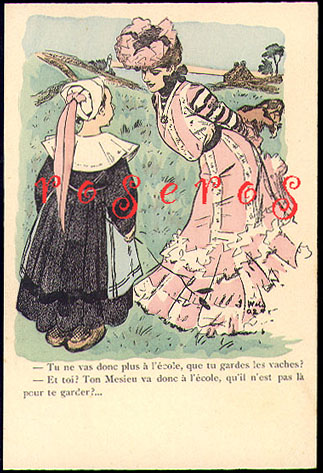 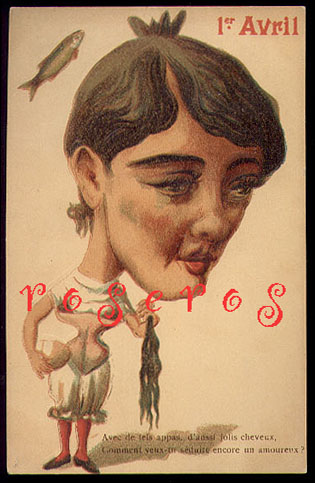 An atypical Premiere Avril (April First) postcard of a prostitute at the end of the day with her hair piece and falsies removed ~ April Fool! 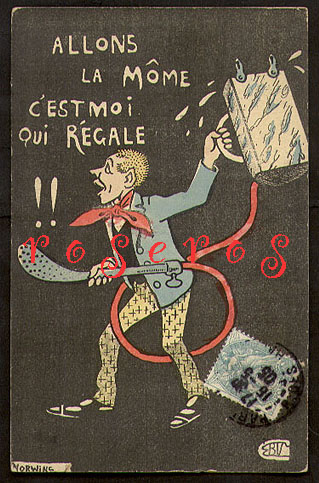