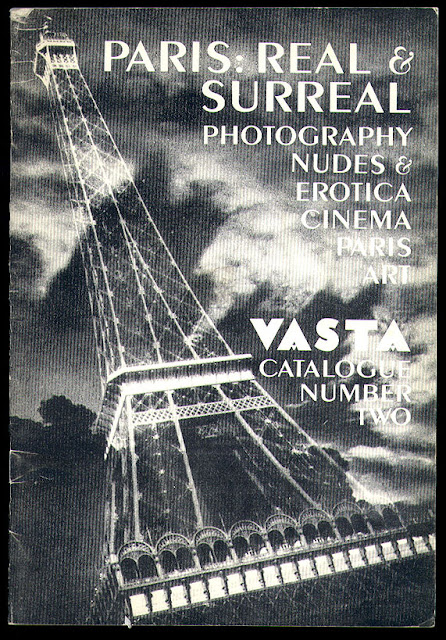 I started Vasta Images/Books at the end of 1984, turning my collection of photo books into my inventory. It was a time when the concept of selling books moved away from conventional bookshops and book fairs. The idea of specialized book sellers hold-up in downtown New York City lofts with thousands of books was not new, but it was a non-traditional approach increasing in popularity. One did not need a bookshop to sell books. In certain ways it was harder without a shop: no sign to attract customers, no walk in business; on the other side it was easier, more affordable, especially if working at home: no additional rent and the overhead associated with a storefront.

Above and below is catalog number two Paris: Real and Surreal published in 1985, devoted to books and periodicals (I plan a post for catalogue one and its contents). It was primarily books from my collection, as well as listings of material purchased on my first buying trip to Paris. The trips continued regularly and after a couple of years, my horizon changed. The fountain of "old paper" in Paris, even towards the end of the 1990s, was seemingly endless. The change shifted my focus from books to all types of "old paper": photographs, posters, periodicals and paper ephemera, especially material concerning the human figure and the nude. Thus, for me, at the intersection of a passion for collecting and the unassuming shops that once littered far flung Parisian streets, Eros was born. 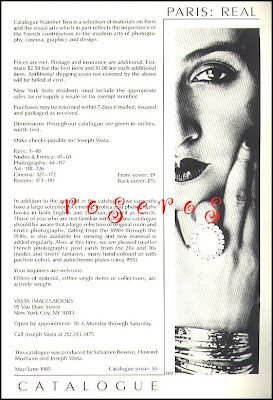 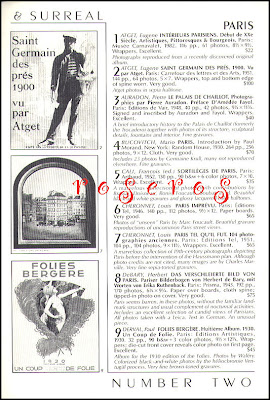 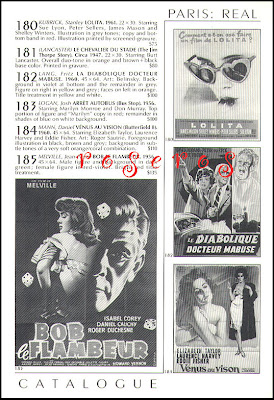 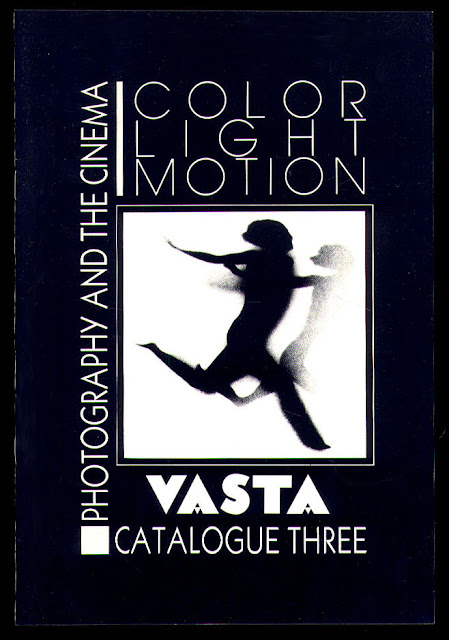 Catalogue Three: Color Light Motion (1986) reflected the material I was discovering and learning about in Paris. I had a small collection of cinema material thanks to Jean-Noel Herlin a bookseller, friend and eventually a colleague, who specialized in 20th century art movements. He introduced me, through his catalogues, to the world of the history of international cinema. Also in catalogue three there were books related to color and light including rarities on early color photography (1880s) and color theory, found languishing on the shelves of Parisian booksellers specializing in science and technology. Today those early tracts and treatises are rare, sought after and impossible to find. 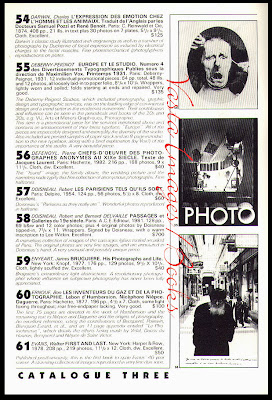 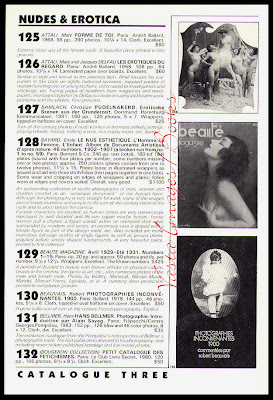 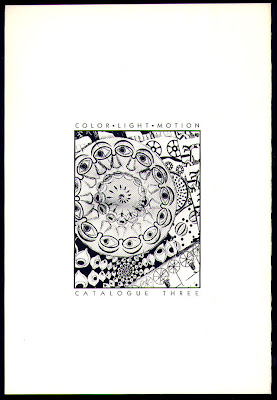 After catalogue three I stopped publishing in the traditional method by offset printing with card stock covers. The change was precipitated by the need to publish catalogues (which became 8 to 12 page lists) on a regular basis, every eight to twelve weeks. The lists were designed using the same layouts, reproduced on high quality copy machines and alternated between magazines and books. As the emphasis of my business moved to nudes and the body, each list was titled "Eros". The logotype, lifted from a 1930s Parisian periodical of the same name (a post will follow soon), was designed into each cover. "Eros" morphed into "roseros", my chosen seller name when I registered on eBay in early 1999.

The "lists" continued until number twenty-two in 1991. At that time the need to contact clients directly through "special" offers took priority and only a handful of special postcard catalogues were published afterwards in very small quantities. Today the need to publish a "paper catalogue" is completely obsolete. Thankfully there are a few dealers who remain devoted to printer's ink and paper! 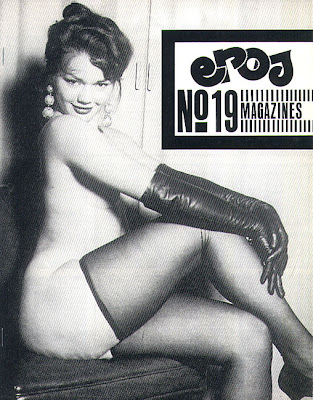 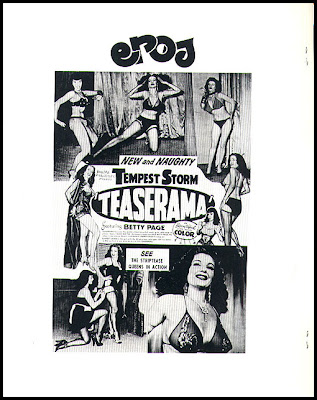 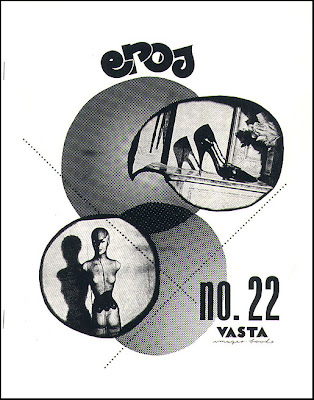 Extracts from Pierre Molinier photographs front and back covers. 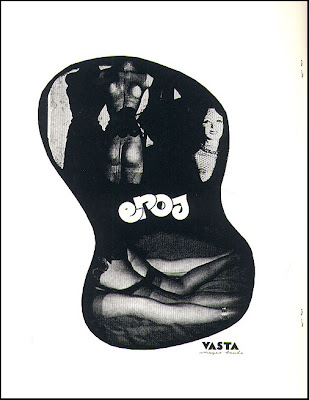 Click here for VI/B catalogues available in my eBay store