Here are some images from two of the most important historical archives related to post WWII tattooing. The first group is from the collection of Herbert Hoffman who was not only a photographer but also one of the world's renowned tattoo artists. Hoffman worked tirelessly out of his shop in St.Pauli, along the Reeperbahn in Hamburg, until his death in 2010 at age 90. His accomplishments as a tattooist alone would have elevated him to the highest pedestal in that world, however Hoffman was also an indefatigable photographer inviting tattooed people to pose for his camera. The first group of seven photographs were made by Hoffman, circa late 1950s to mid-1960s. 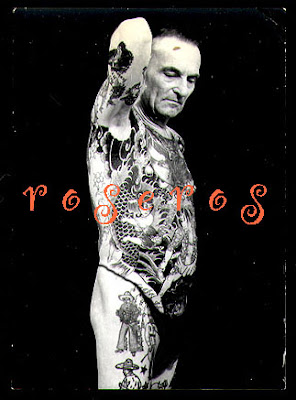 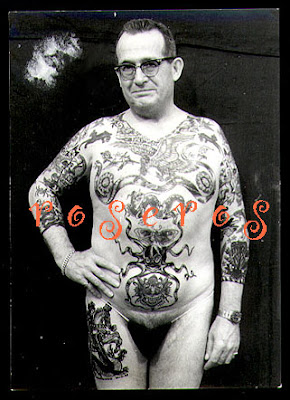 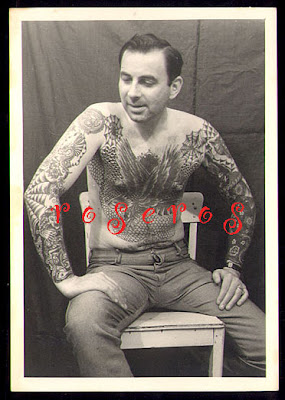 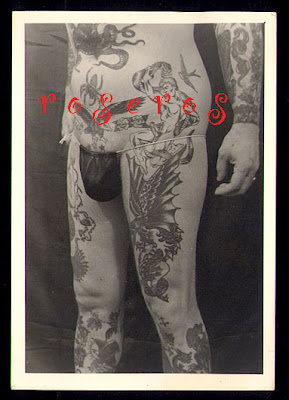 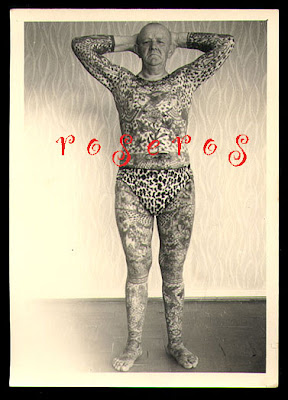 The next group is from the collection of Jacques Delarue (aka de la Rue) a writer and historian with a particular interest in folklore, the underworld, slang and tattooing. Along with Robert Giraud he wrote and edited Les Tatouages du Milieu (sought after cult classic, Paris 1950) a collection of tattooed men (and a few women) from the French underworld, primarily criminals and convicts. Along the way, while researching the book, Delarue contacted tattoo artist the world over requesting photographs for his growing collection. Here are a handful of images, the results of those efforts. Photographers unknown. 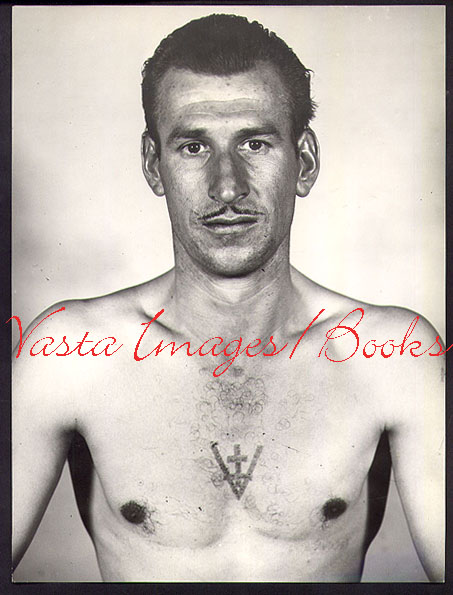 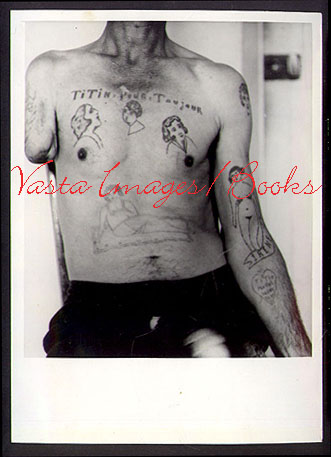 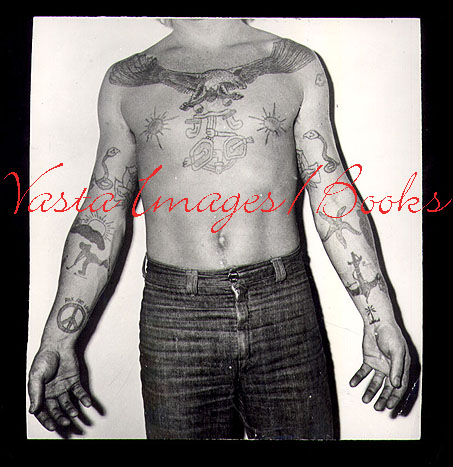 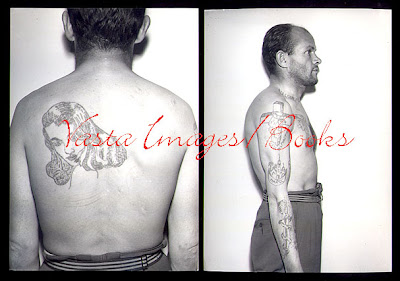