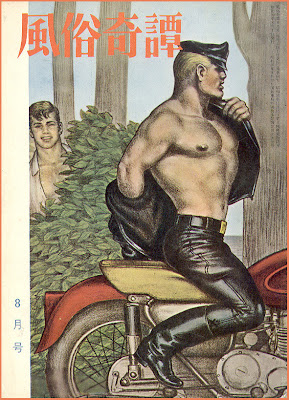 Mostly material from the 1960s including periodicals, paperback books and unusual European publications illustrated with photographs. Here's a sampling of what I presently have available for sale: (above) Japanese fetish magazine with Tom of Finland cover; three rare paperbacks published by Unique Books with cover illustrations by Gene Bilbrew; the Levis Crowd;  the Scandinavian, Review International; a complete run of all 36 issues of The Male Figure published by Bruce of Los Angeles circa 1956 ~ 1966 as well as a bound volume of ten issues of Demi-Gods 1961~1966. 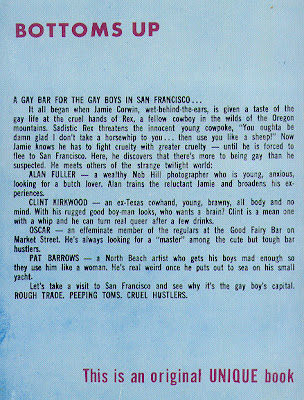 Text on the back cover of Bottoms Up 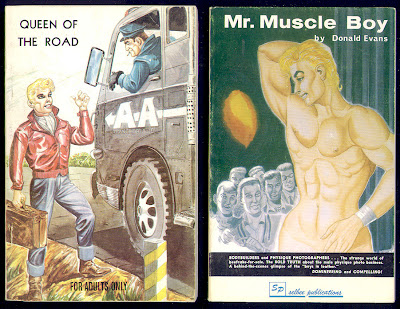 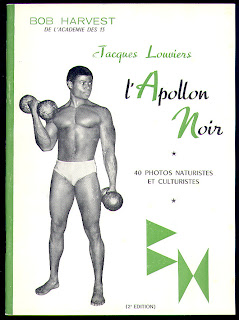 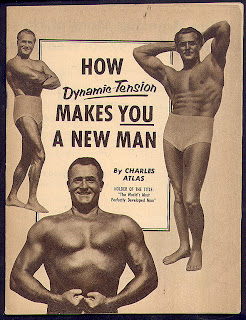 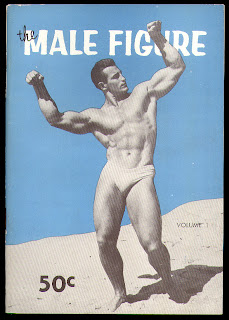 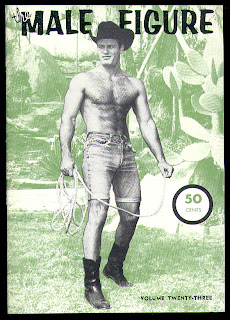 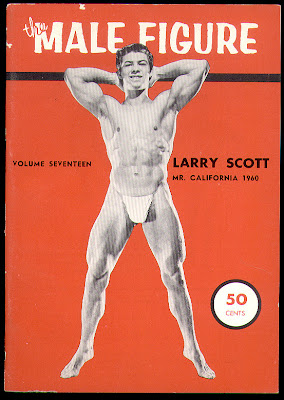 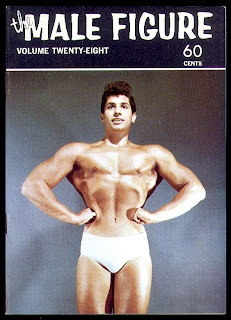 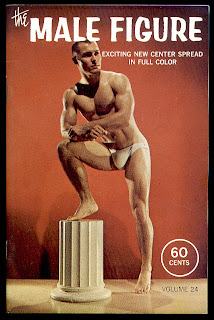 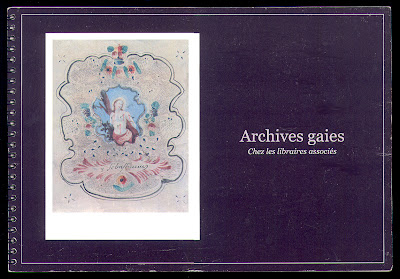 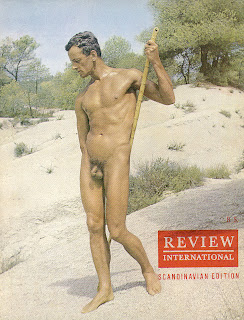 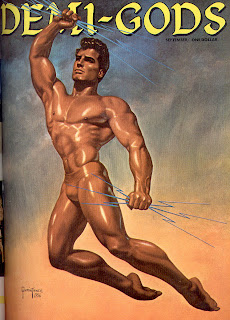 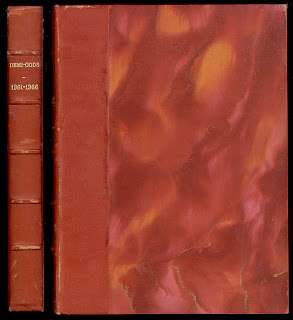 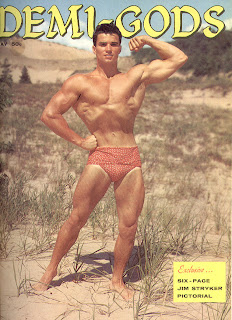 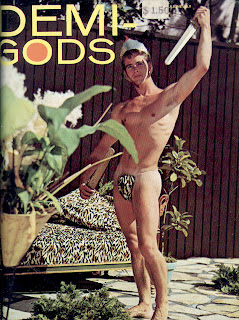 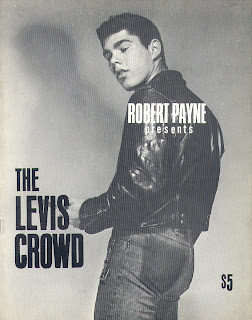 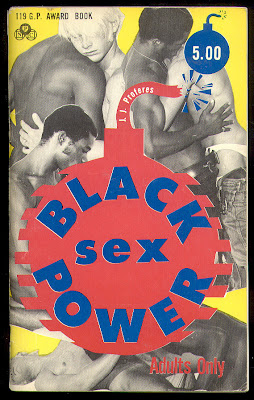