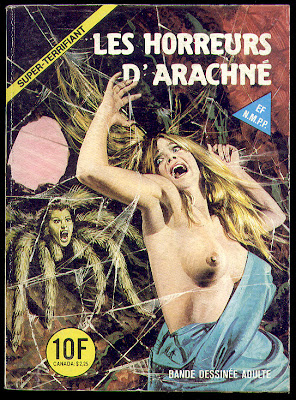 Adult only Italian comics, fumetti, flourished in the 1970s and were, along with similar publications published in Paris, a genre unto themselves. Here's one of the French "bande dessinee adulte" which were similar to their Italian counterparts in many ways. Part comic, part graphic novel, part underground comic, most were ongoing serials featuring super villains. Here is the French, Spider Horror. Killer female spider goes down of her victim! Note the cross on her back. Crazy wonderful stuff. 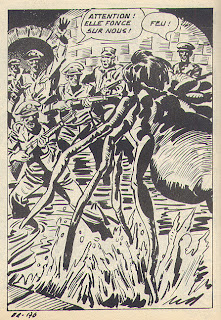 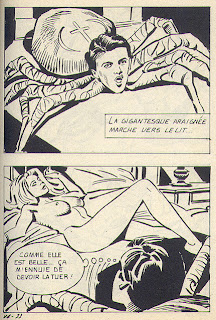 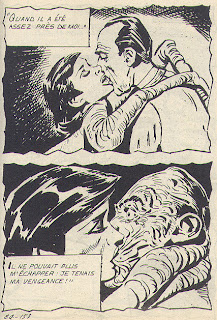 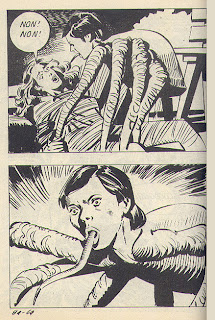 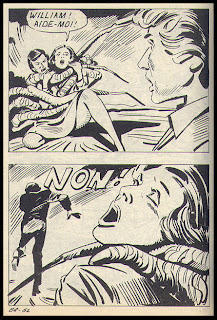 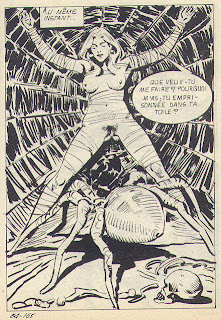 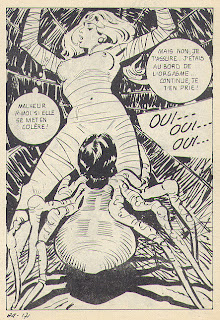 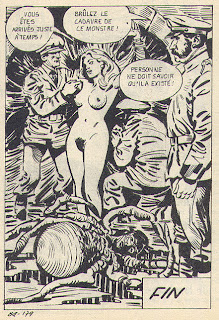