In Germany at the start of the 20th century there was an explosion of creativity seen in all aspects of life. The fine arts, architecture, furniture design and fashion were all moving towards an exciting new look. This artistic movement, called art nouveau in France and Jugendstil in Germany (the name taken from one of the most influential lifestyle magazines of the era, Die Jugend), was the first movement of modernity, finding inspiration from nature and the living world.


My interest in all things antiquarian, as always, leads to material related to my areas of speciality. Today's post illustrates two publications from Germany that show the influence of Jugendstil on art, illustration and book publishing. 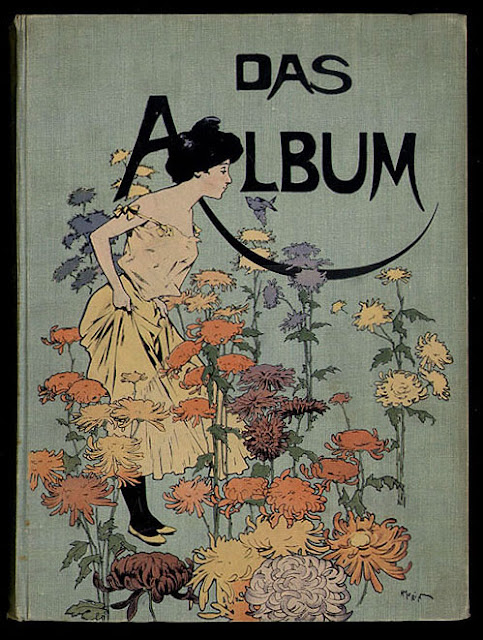 DAS ALBUM. Published in Germany, circa 1902. A large format, bound volume of 12 issues with decorative binding. Das Album, similar in content to L'Album, published in Paris at the turn-of-the century, was filled with beautiful illustrations in each issue, many full-page and in color.
As was common at this time for publications appealing to a large audience (the turn-of-the-century is the birth of "pop-culture" magazines) Das Album focused its cutting edge style reflected in the growing interest of popular entertainments. Typical subject matter included the cabaret scene, music-hall shows, cafe concerts, "street festivals", the "karnival" (costume parties) and amusement parks. It appears that none of these activities would be complete without displays of women drinking and smoking and otherwise dressed seductively in public.
At first glance much of what we see from the worlds of German and French nightlife (read that as Berlin and Paris) seems quite marvelous with up swept hair-dos, large hats and elegant dresses and thanks to the can-can, hundreds of kicking legs in frou-frou lingerie. The high life! However much depicted at the time put a glossy veneer on activities that were marginally acceptable such as prostitution. Looking closely at many of these illustrations are subtle depictions of prostitutes, usually attended by much older, distinguished looking gents. Wealthy mustachioed fellows, rarely without a bottle of chilled champagne at hand.
All that being said, this was an exceptional period making art and illustration available to the average person via periodicals like Das Album and to a more affluent clientele via the the Reznicek album which follows. 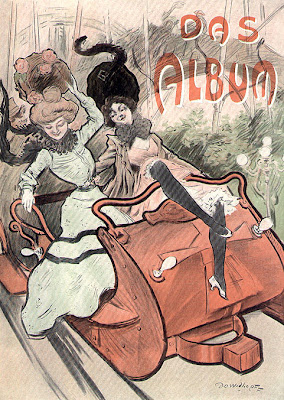 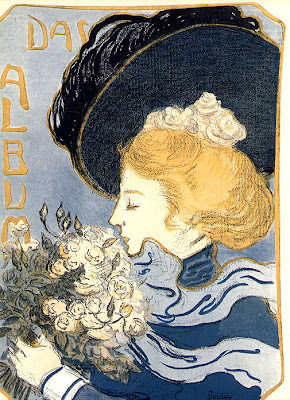 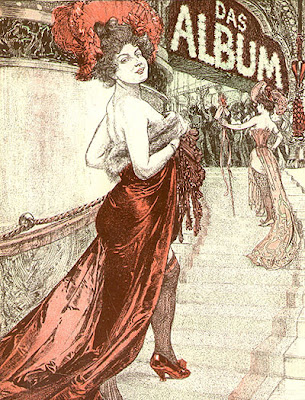 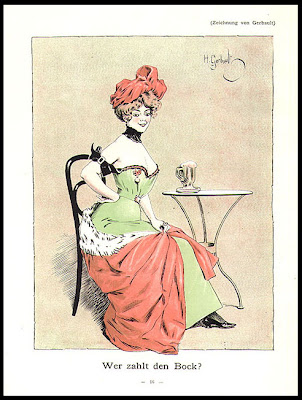 UNTER VIER AUGEN (Private Eyes). F. von Reznicek Album. Published in Munich: Albert Langen Verlag, 1908. Large format hardcover book beautifully printed in full-color. All illustrations full-page.
Reznicek's illustrations in some ways epitomize the "high" and "low" of German society at the turn-of-the-century. On the one hand are the incredibly elegant women and men in gowns and formal clothes and on the other the archetypal images of older men with seductive younger women in their bed chambers. There is no doubt that within these beautifully mannered scenes of women undressing from copious layers of undergarments and corsets, that these are working girls, prostitutes, preparing to engage their clients. 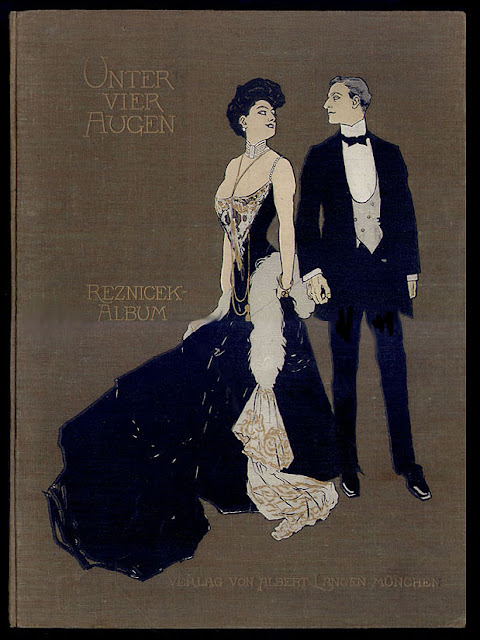 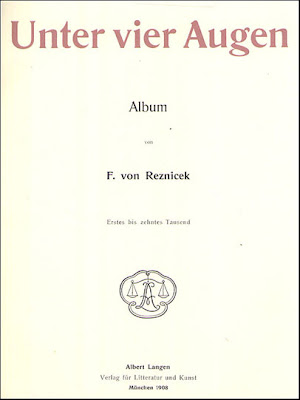 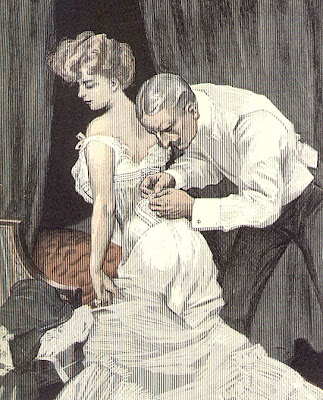 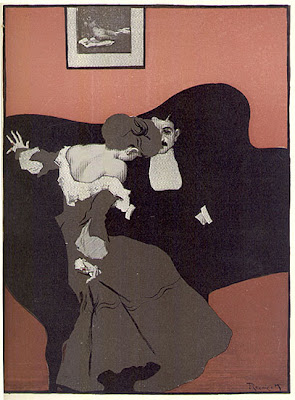 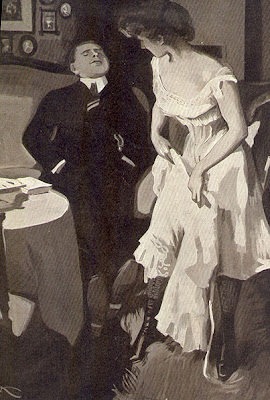 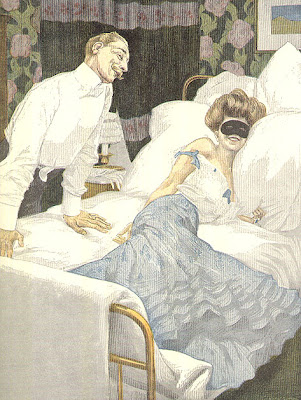 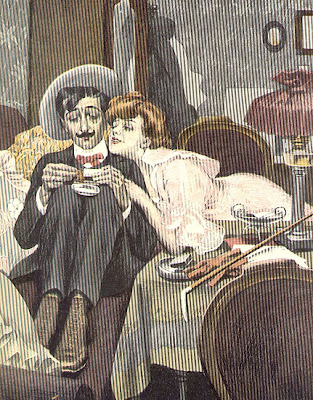