Le Bal des 4Z'Arts, the Four Arts Ball, began in Montmartre in 1892. It was a carnival-like celebration organized by the graduates from the four different creative disciplines of the l'Ecole Nationale des Beaux-Arts: architecture, painting, sculpture and printing. The bal immediately took on bacchanalian, orgiastic aspects and is credited with the invention of the strip-tease, documented as taking place in front of the Moulin Rouge in 1893.
Bal participants were obliged to arrived in costume, however after hours of informal parading through the streets of Paris, much of what was worn was removed, resulting in ad-hoc displays of public nudity. Many Parisians and public officials objected to the lack of proper attire of the bal participants as well as the noisy parading through the streets. Nonetheless, the bal endured until 1966 and was in it's golden age from 1915 through the 1930s. 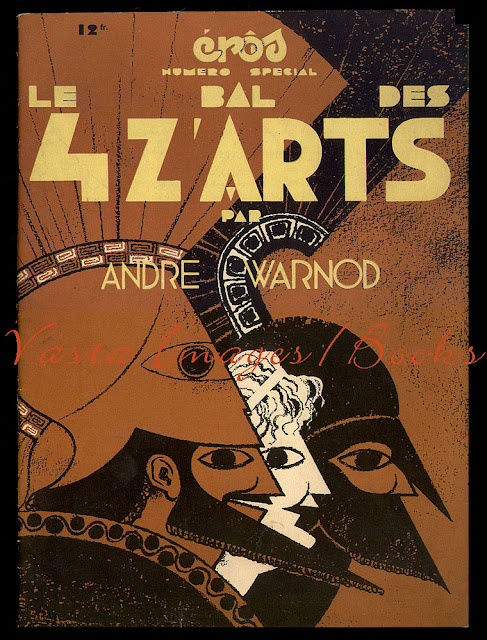 Above is the cover of a special issue of EROS magazine devoted to the Bal des 4'Zarts, published in Paris, circa 1922 with text by Parisian artist and writer Andre Warnod. It includes full-page facsimiles of the original, small format posters created by beaux-arts students + photographs of the participants as well as a basic history by Warnod. The following five illustration are from this special issue. 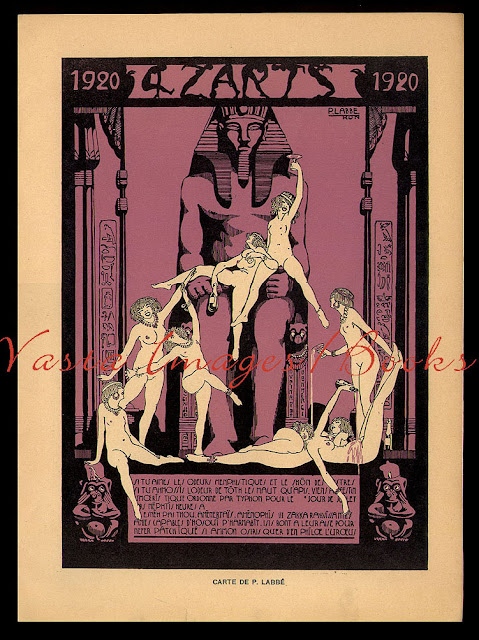 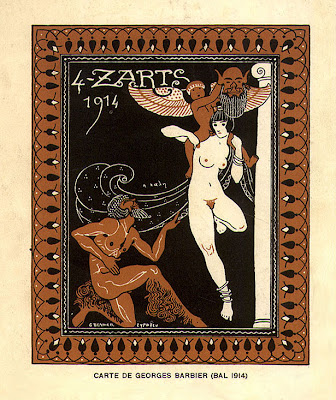 Poster for the 1914 Bal by Georges Barbier 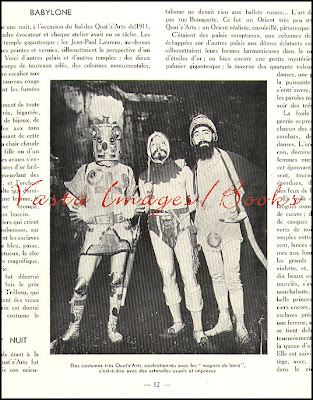 Costumed participants photographed during the parade 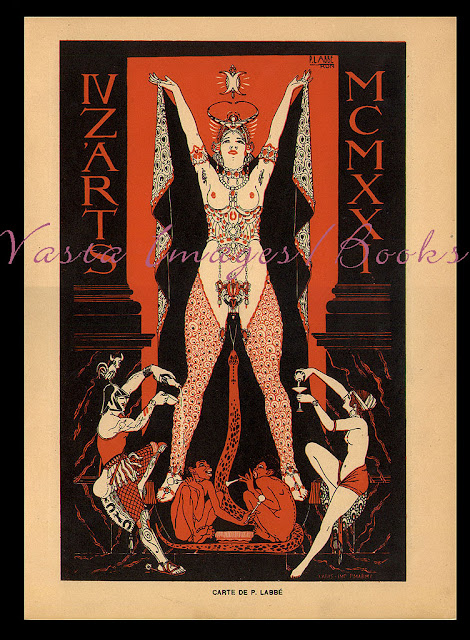 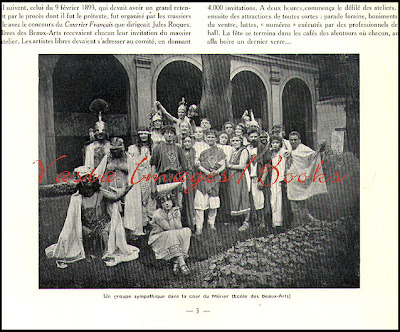 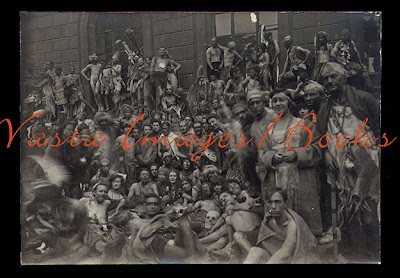 Original photograph 4.5" x 6.25" circa 1923 showing a
large group of participants
_____________
The next eight illustrations are scans of the original posters from a collection assembled approx. 10 years ago. They measure from 5" x 7" to 6.5" x 12". The posters were beautifully printed, most often by letterpress on quality art-paper. In most instances the posters served a dual purpose: to promote the bal and also to provide a ticket for each one of the participants for entry to the after parade party. After paying for the ticket it was rubber-stamped and signed by members of the committee. 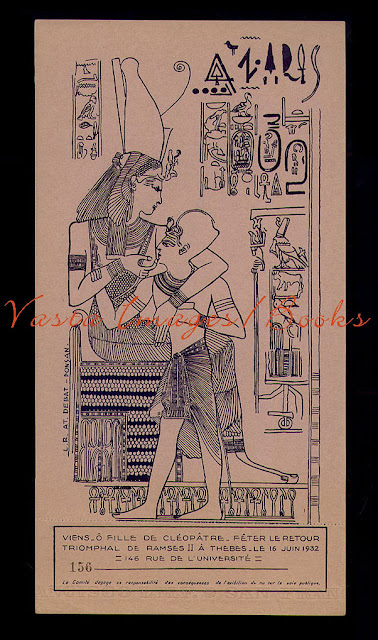 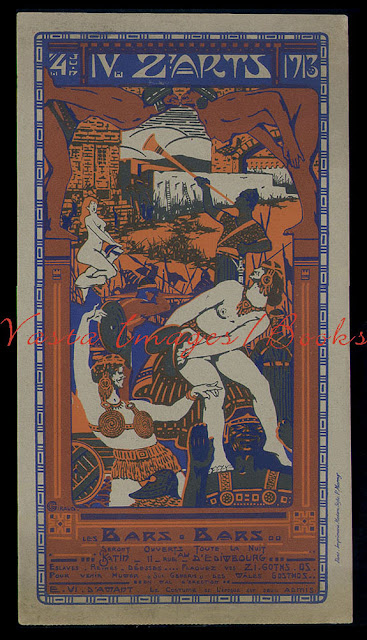 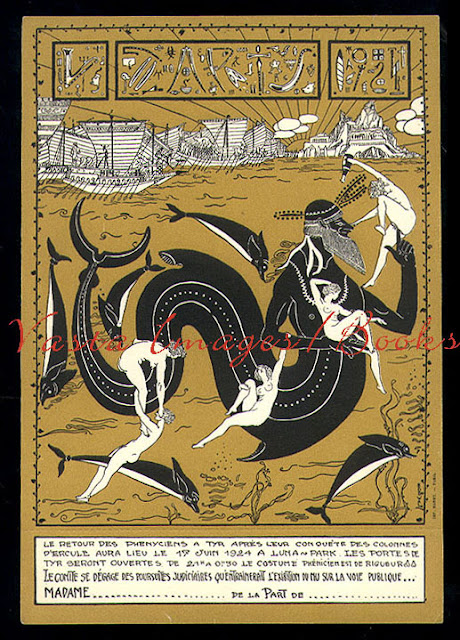 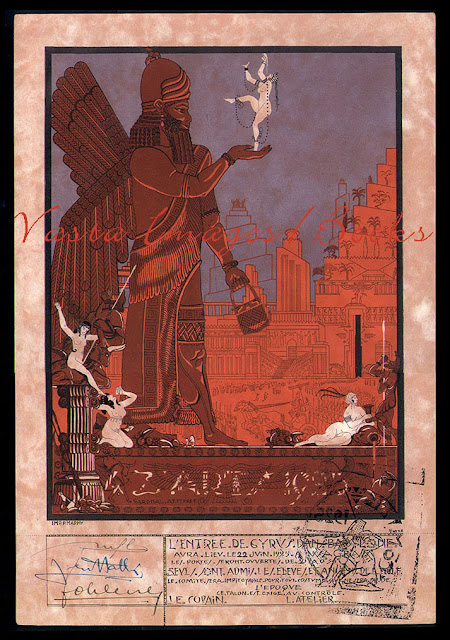 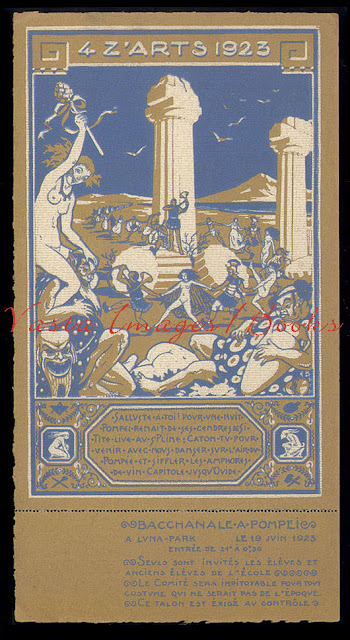 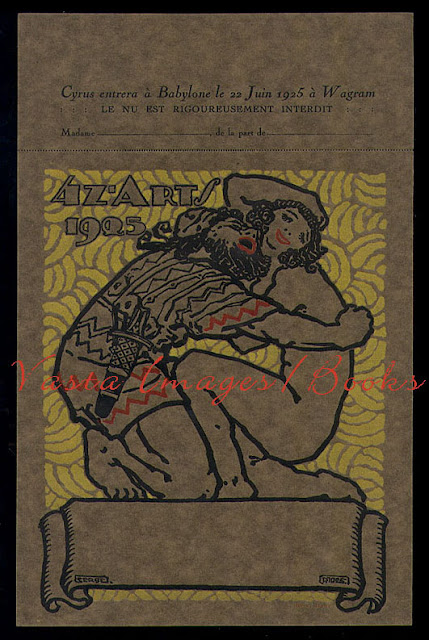 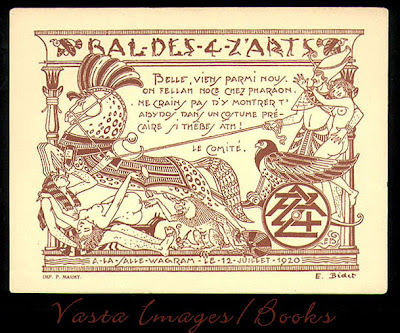 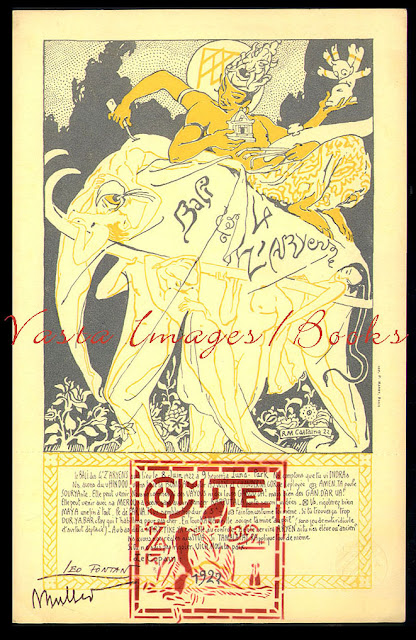