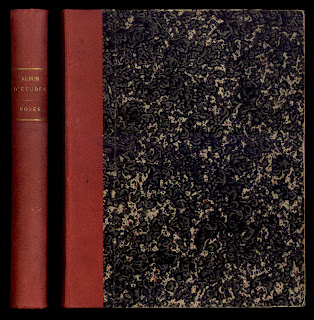 Louis Jean-Baptiste Igout was a French photographer, well-known for his "academic" style, albumin emulsion, photographs of the male and female nude. He was active in the 1870s and until his death in 1881 at the age of 44. The academic nudes of this era were created for the use of artists, painters and sculptures to take the place of live models making the creative process easier for the artist while working from a photograph.

ALBUM d'ETUDES ~ POSES was filled with composite photographs (see next image); scan of cover and spine; circa mid-1870s. 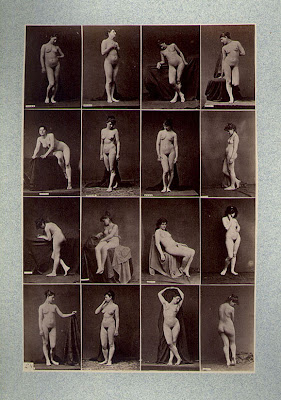 Igout created a repertoire of photographs which he made into "composite" images featuring 16 small, thumbnail-like nudes each with a unique number. These composite photographs were then mounted into albums, like the one above, to serve as a catalogue.

Clients reviewing the catalogue could place an order for the full-sized image of the pose they desired by indicating to Igout the  catalogue number. Considering this was 130 plus years ago, quite  sophisticated.

Igout's  full-size male and female nudes are amongst the most appealing, beautifully made and technically superior of this period in French photography. 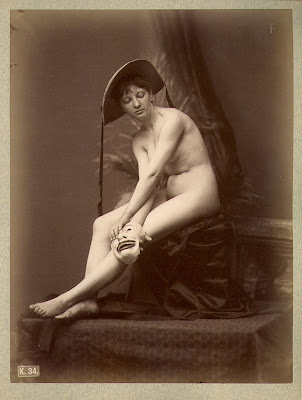 The next three images are all "full-size" female nudes created by Igout. They are the same size as the original glass negatives and measure approx. 7" x 9", mounted to a grey card stock contemporaneous with the creation of the photographs. Note that the bodies are not retouched, but natural, with the deficiencies of age or birth as Igout saw and photographed them.


Vintage, originals by Igout are quite rare; originals in this, the largest size (i.e. same size as the negative or "contact prints") are extremely rare and the three posted here are among only a handful that I have had during my years in the trade. 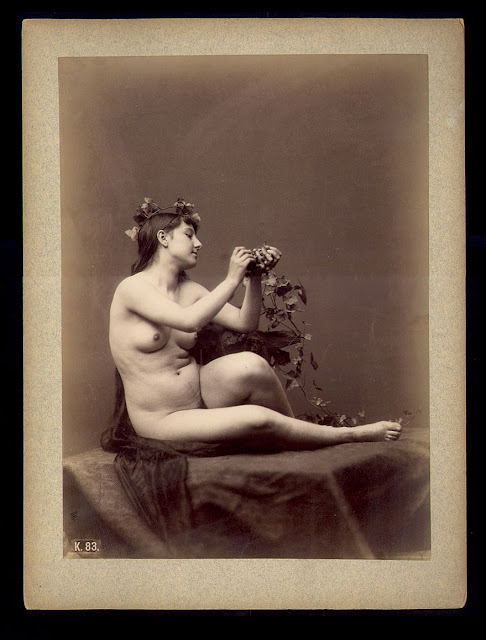 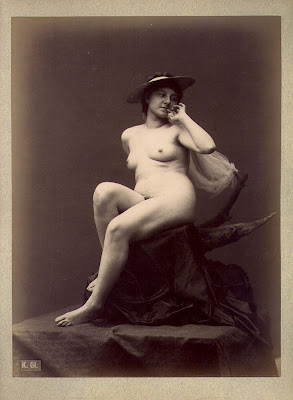 Dating back to the first formal studies of the female form (circa 1850s in France) the term "academic" nude was applied. At that time it implied that photographers were posing their models following "classical" conventions created in the paintings and sculptures of the Greeks and the Italians.

Click here to see Igout photographs in my eBay store