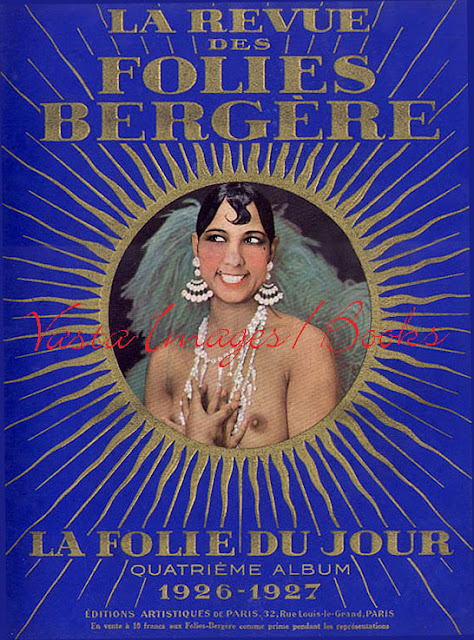 American born Josephine Baker (1906~1975) traveled to Paris in 1925 to perform in La Revue Negre where she became an overnight success. The rest of the her "pop-star" history is one of most interesting of the first half of the 20th century.


Baker went on to star at the Folies Bergere and the Casino de Paris, beginning in 1926 until the early 1930s. Her more than 40 years as a American expat living in France, brought her fame not only as music-hall royalty but also as a celebrity on and off the stage. Her career and life story are well documented on the web, therefore my posting here will include Baker material rarely seen. Note that all the photographs of Baker, and all the other performers and performances at the Folies Bergere, were made by Walery, also known as the Paris Art Studio.


The top scan is the die-cut cover of the 1926-1927 Folies Bergere program, the first appearance of Baker at that fabled music-hall. 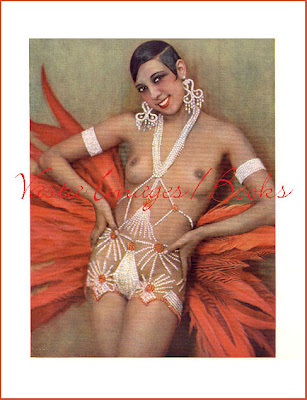 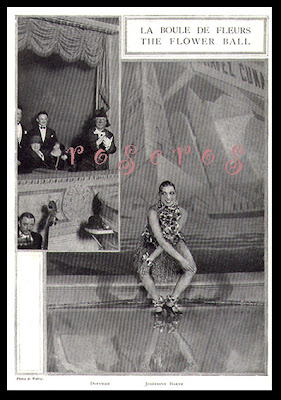 Baker doing the Charleston on stage at the Folies 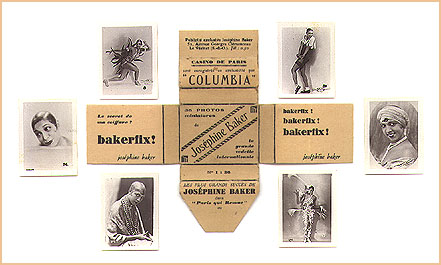 Small format (approx.1.5" x 2.5"), souvenir packet with 20 photographs of Baker.
Published by the Casino de Paris, circa 1932; note advertising for Columbia records and Bakerfix on the packet exterior. 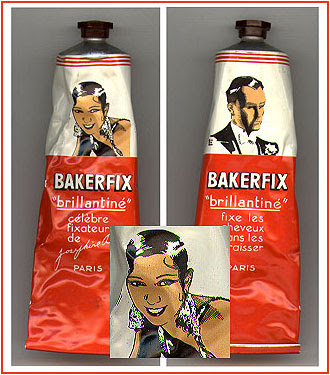 Bakerfix, circa early 1930s. Tube of "brillantine" hair fixative promoted using Baker's name. Baker appears to be one of the first celebrities to license her name for use in advertising. 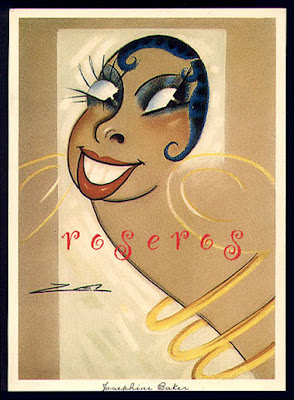 Italian postcard, circa early 1930s. From a celebrated series of caricatures of performers
and movies stars illustrated by Nino Za. 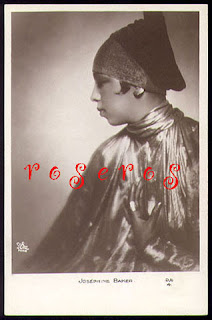 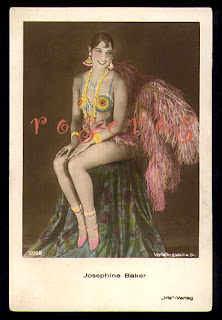 A hand-tinted Josephine published in Germany by Iris. 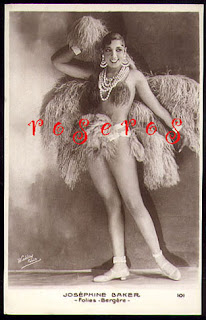 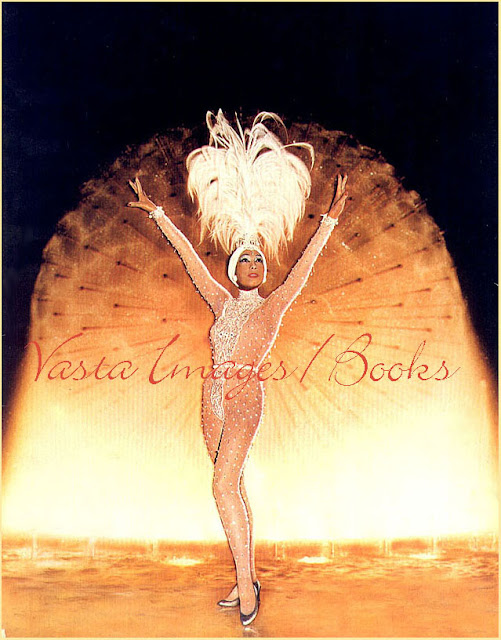 Cover photograph, Bobino theatre program, Paris 1975. After  the overwhelming success of her 1973 Carnige Hall performance in New York City, Baker returned to the Paris stage to some of the best reviews of her career. Sadly, this was her final performance, as Baker died of a cerebral hemorrhage at 68 years old, a few days after the show closed. 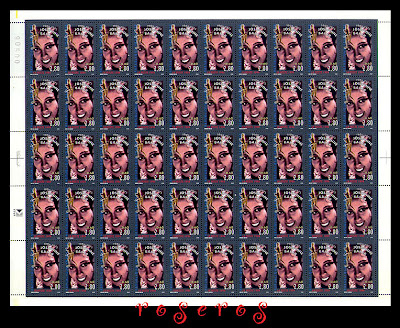 Complete sheet of 50 French 2f,80 commemorative stamps published on the
twentieth anniversary of Baker's death in 1995.
_____
Posted by Joseph Vasta at 12:33 PM