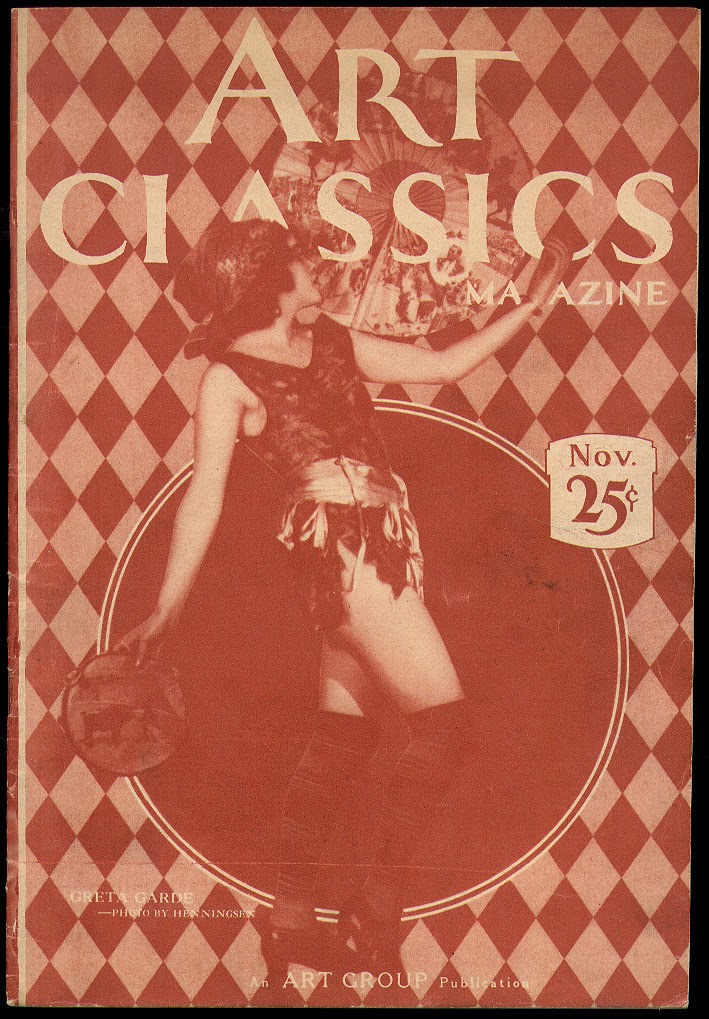 Beginning in the late 1920s a variety of magazines focused on the "female nude figure" appeared on the American newsstand. Filled with beautiful photographs of the female form, these periodicals escaped censorship by declaring the contents were meant only for the "use of artists". Two of the titles, Art Classics and Art Studio Life were both gravure printed in a range of boldly colored tones. One of the major contributors to these publications, and possibly one of the creative forces behind them, was Edwin Bower Hesser, whose images borrowed heavily from the soft focus "photo-sessionists" photographs of the 'teens. 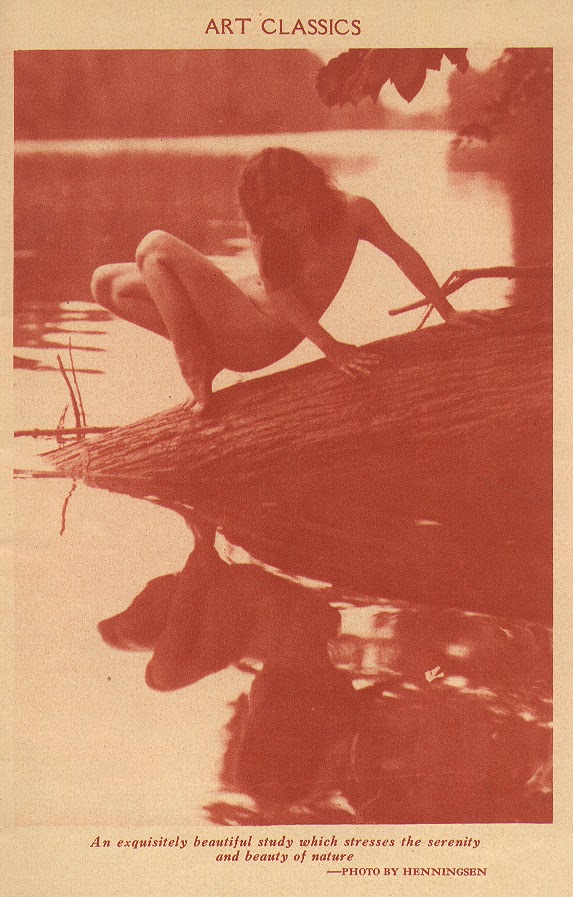 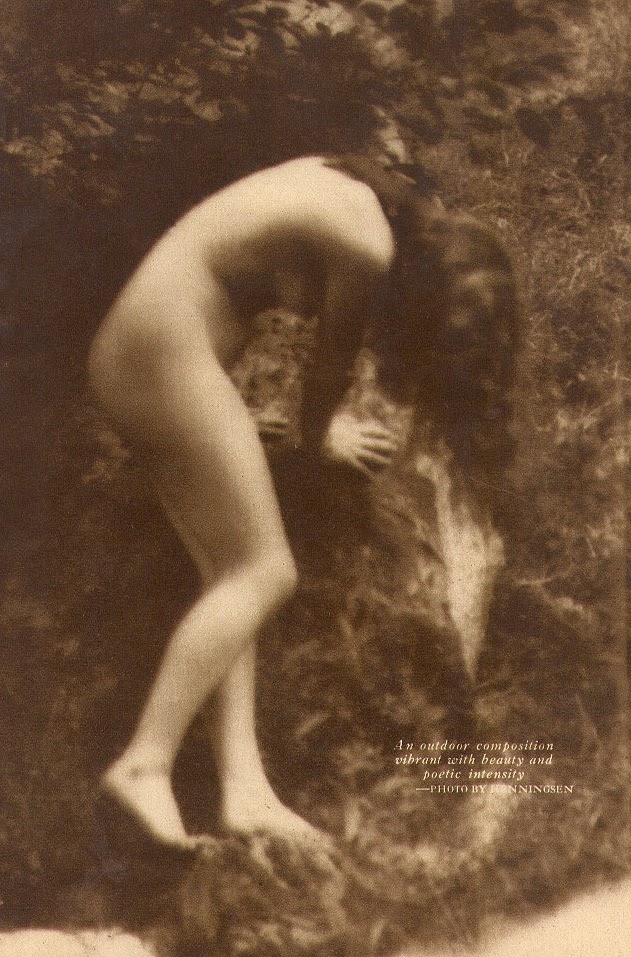 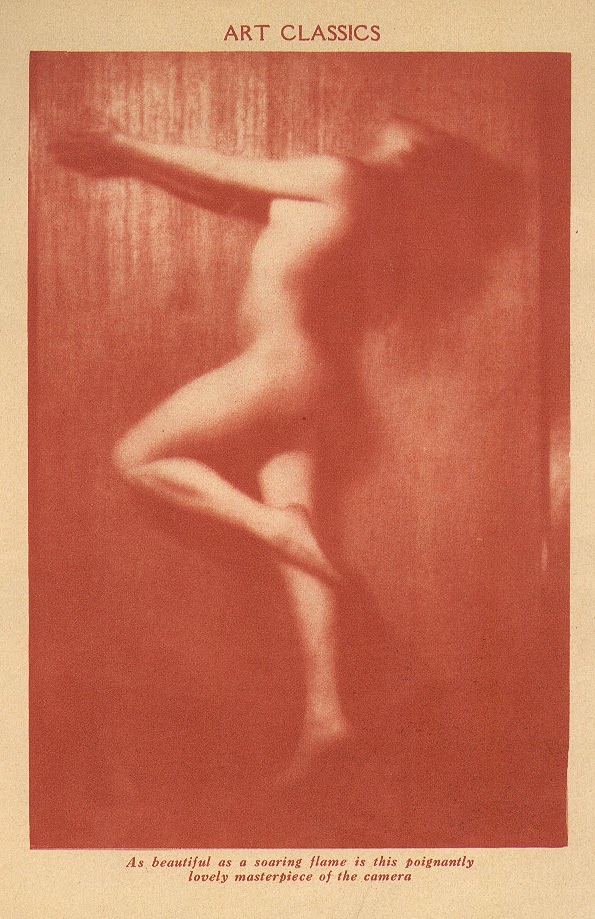 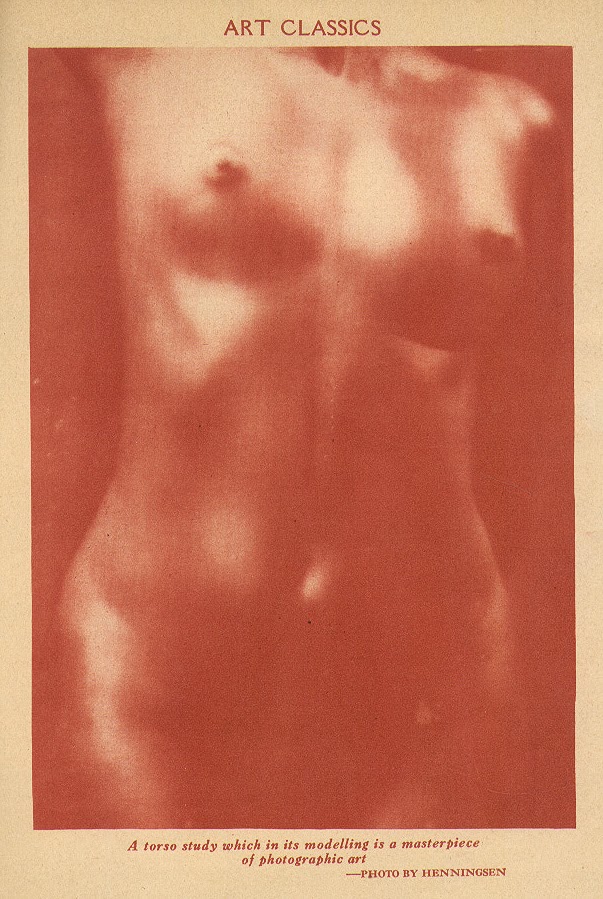 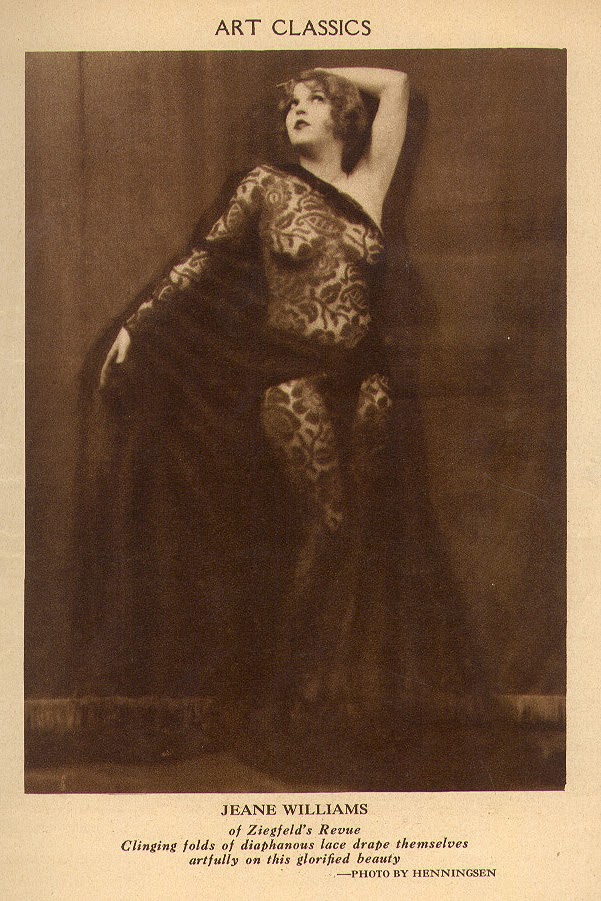 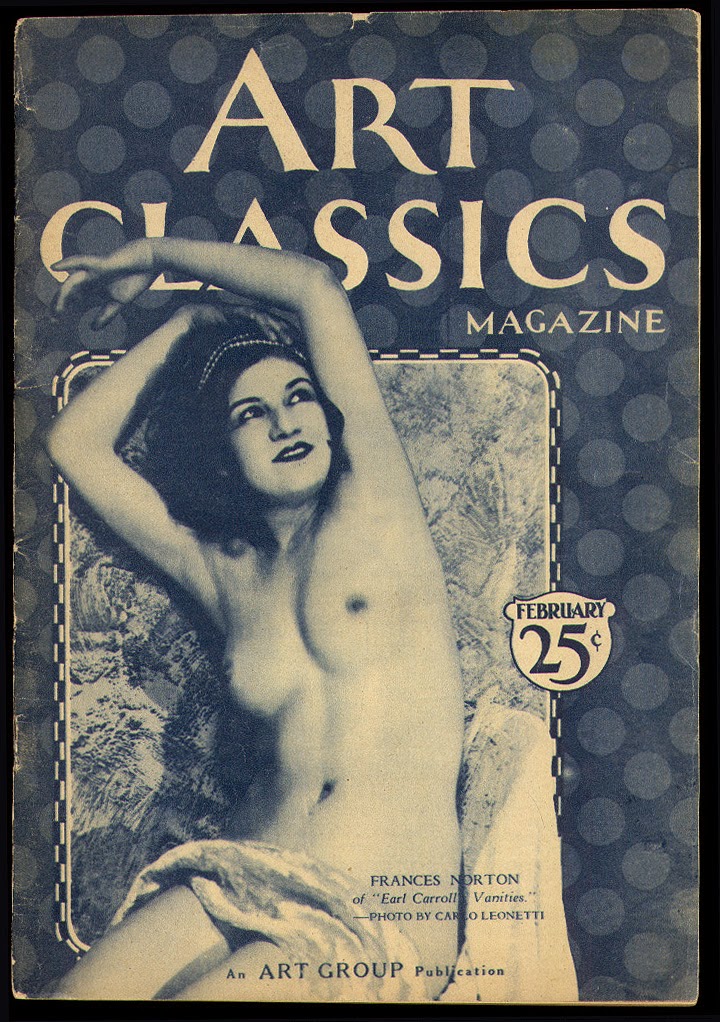 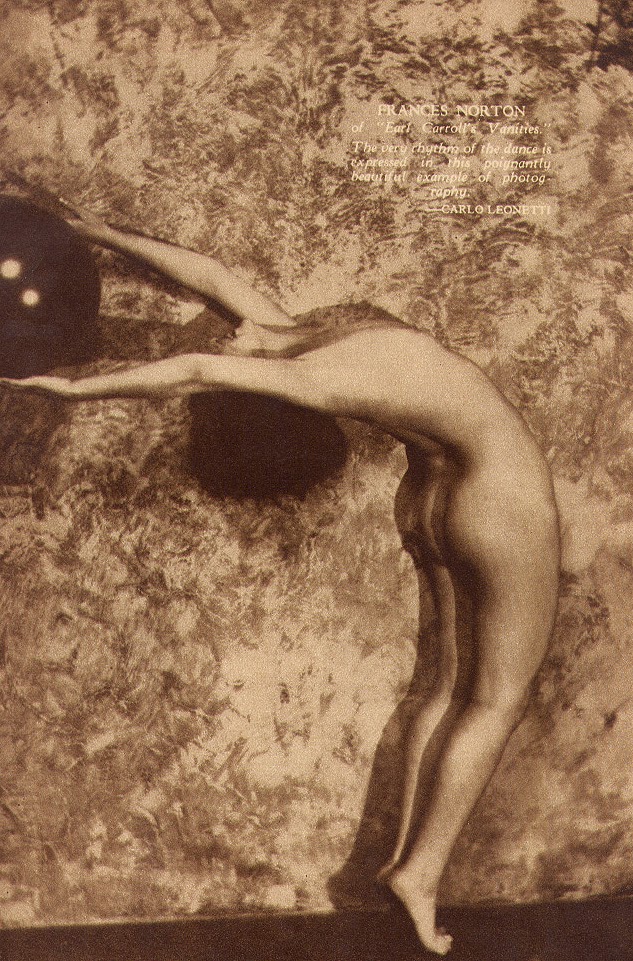 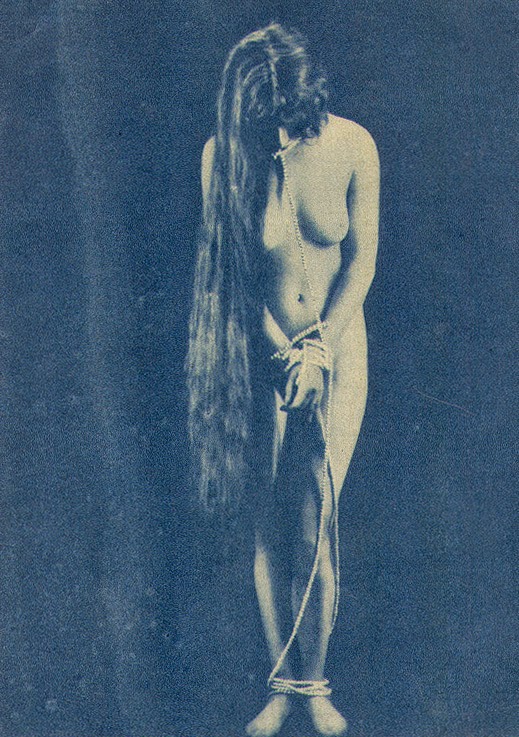 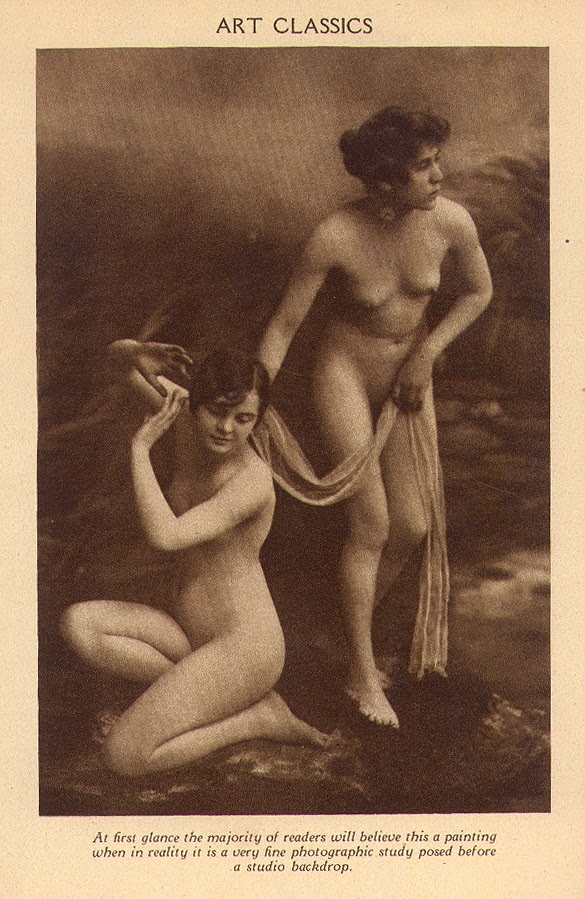 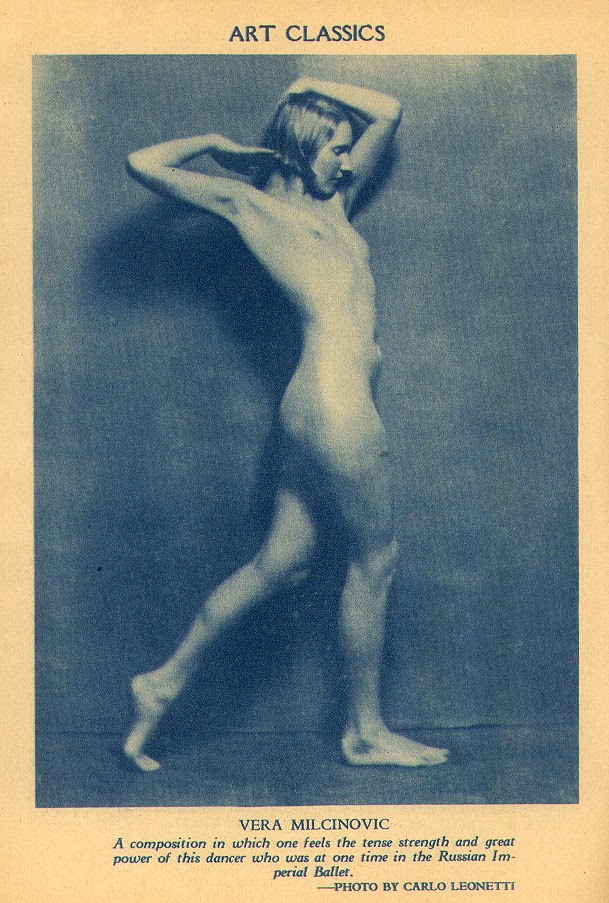 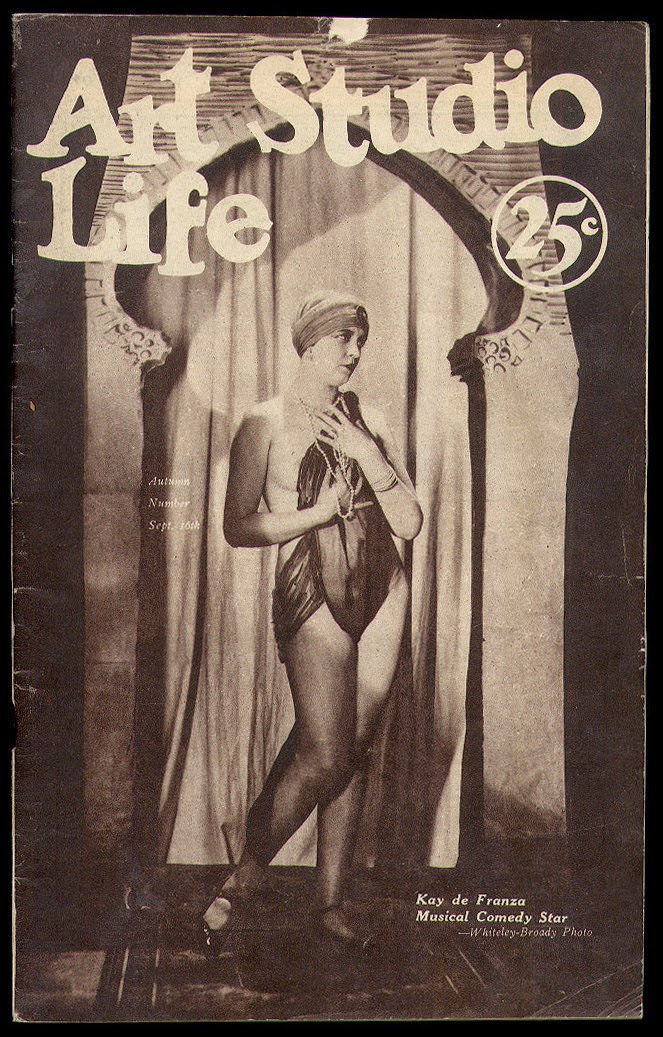 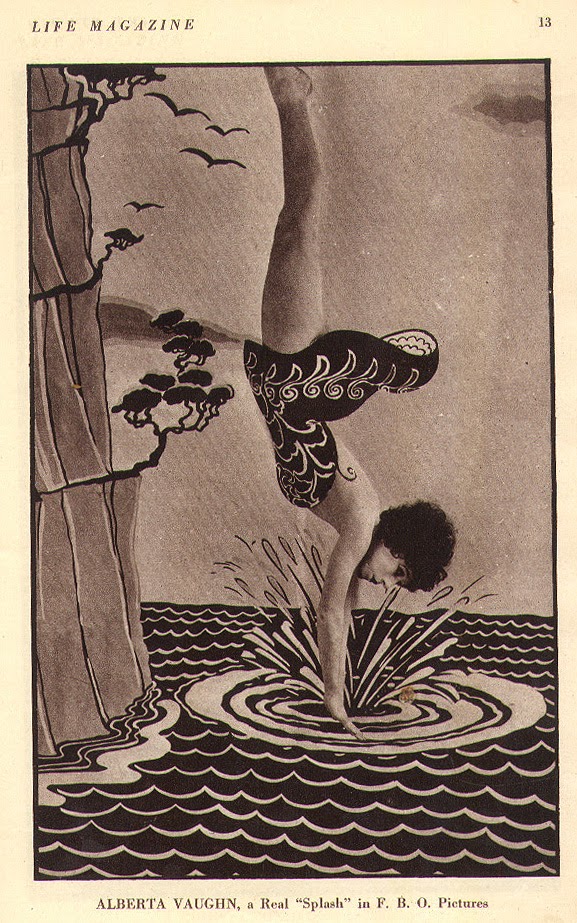 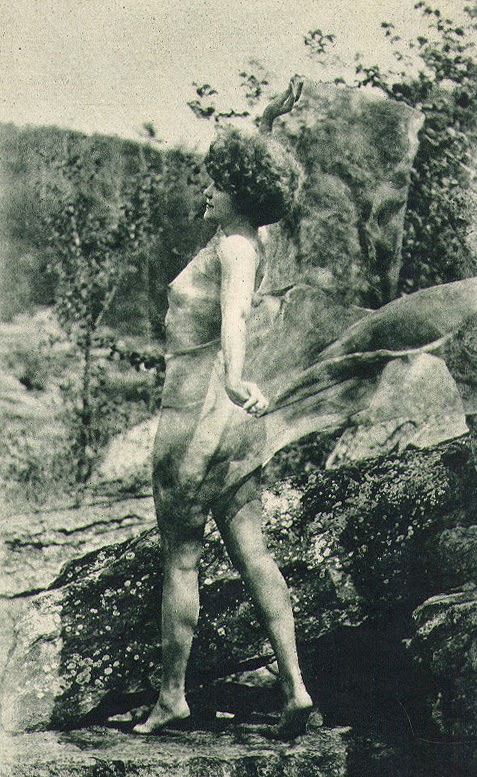 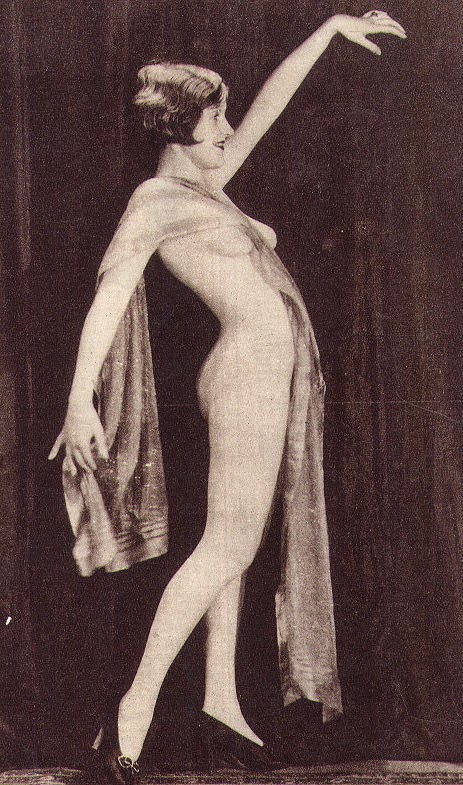 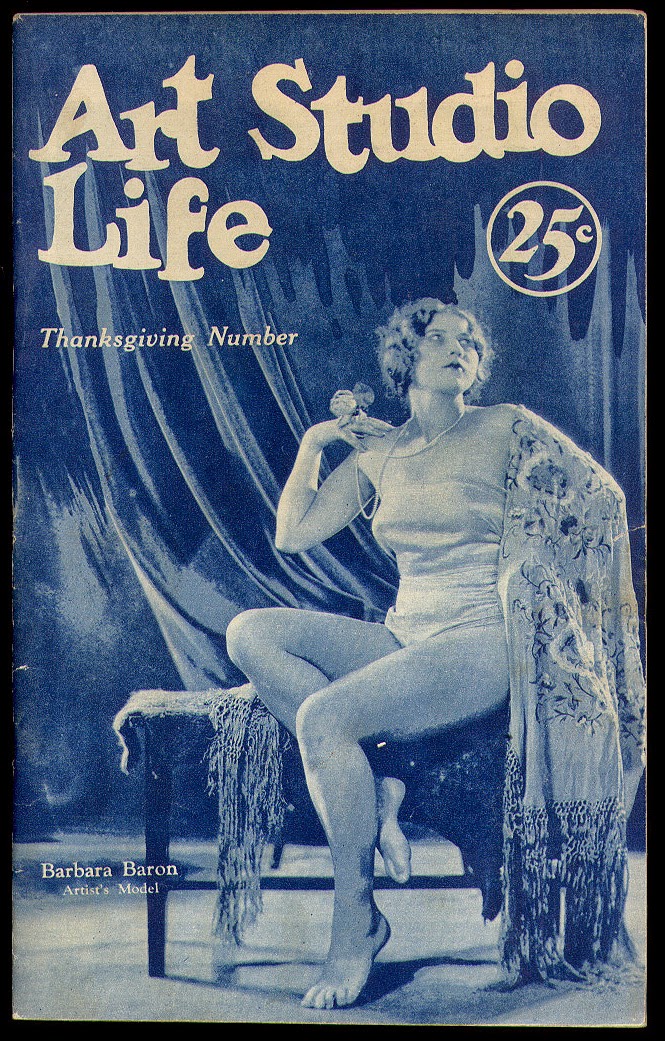 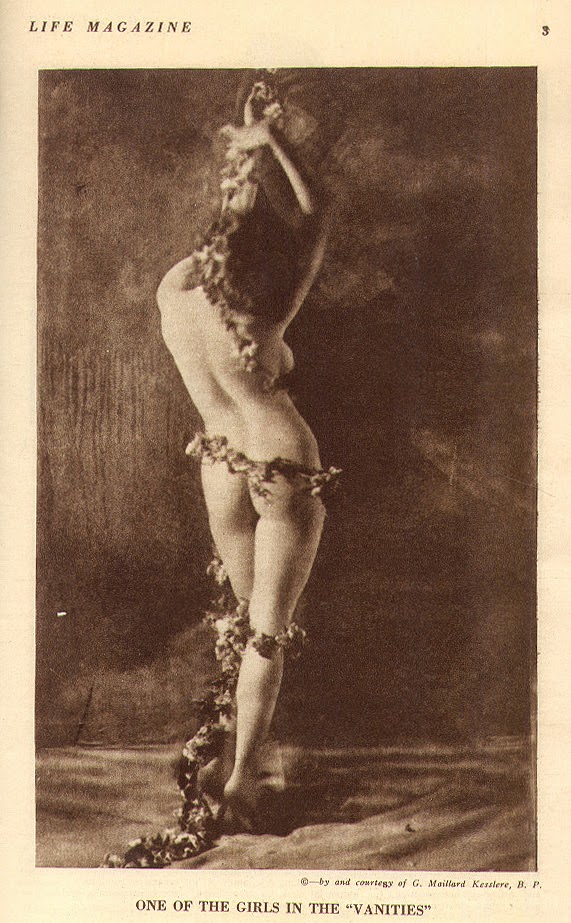 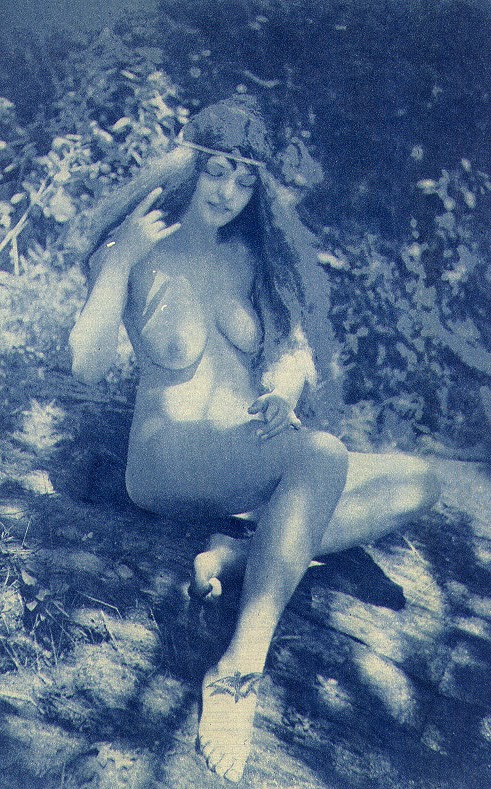 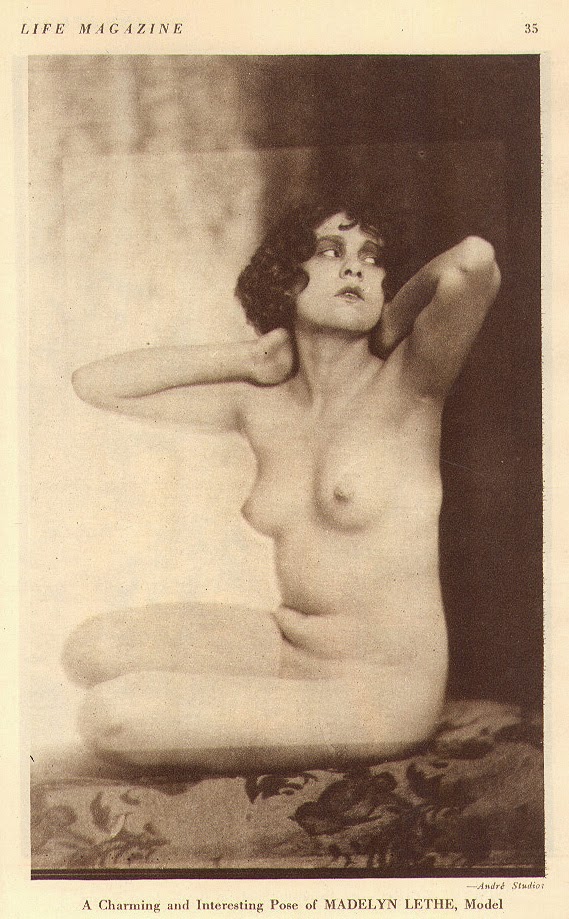