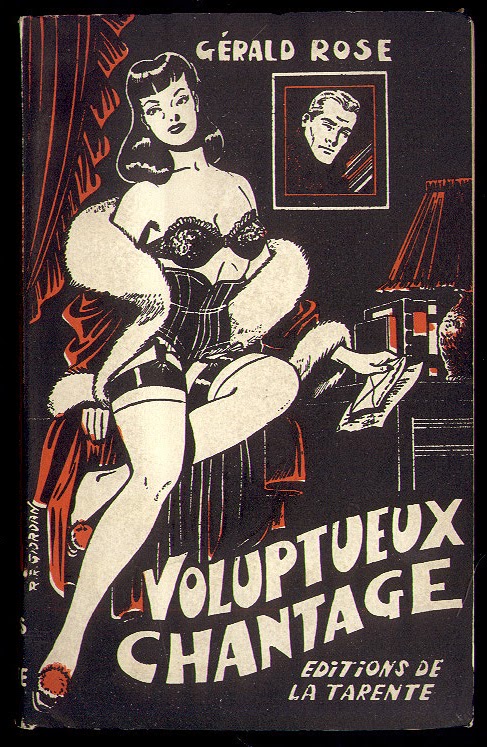 Voluptueux Chantage by Gerald Rose is one of the 54 books in a series of "romain policier" published by Editions de la Tarente, Marseille, 1953. Each of the books has a sexy, black & red cover illustration, a collaboration by the Girodon brothers, Raoul and Robert. Raoul who used the name Aslan later in his career, became one of the most well known pin-up, glamour illustrators of the 1960s and '70s. He is best known for his associated with Lui, the Playboy magazine of France and in turn making him the French Alberto Vargas. 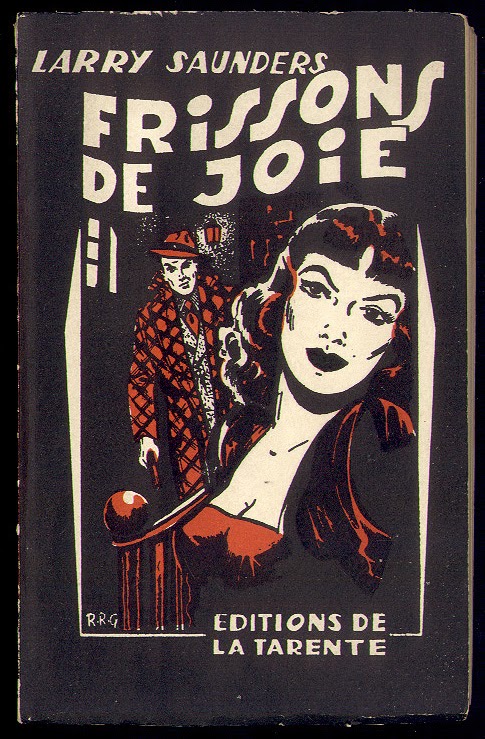 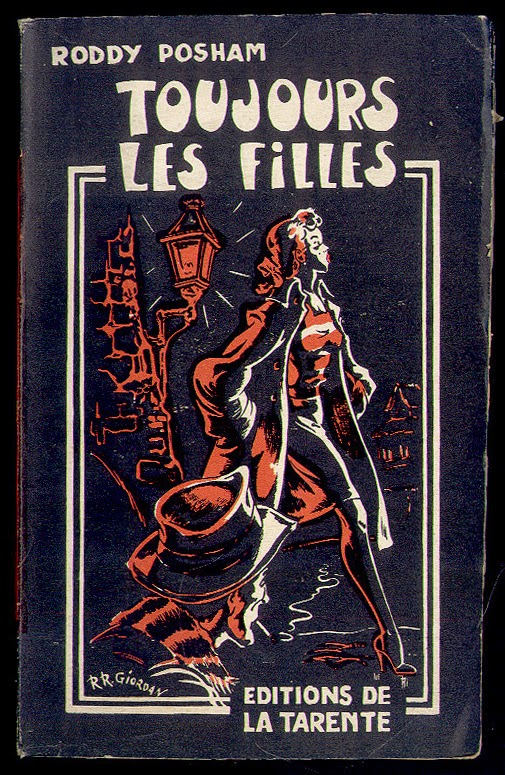 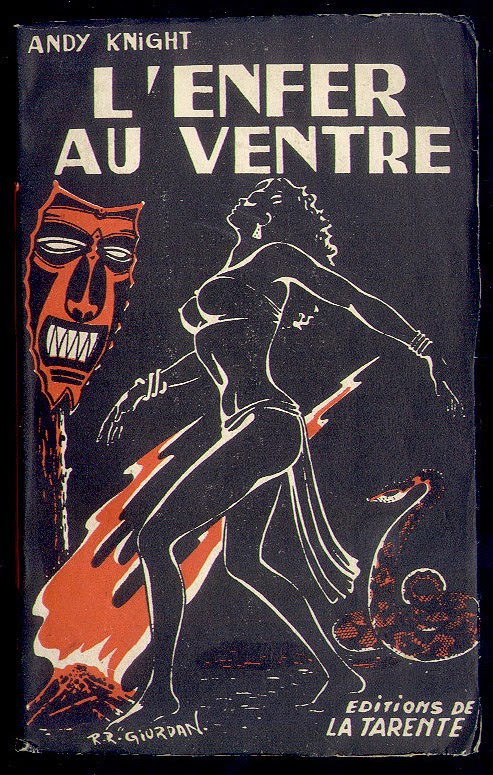 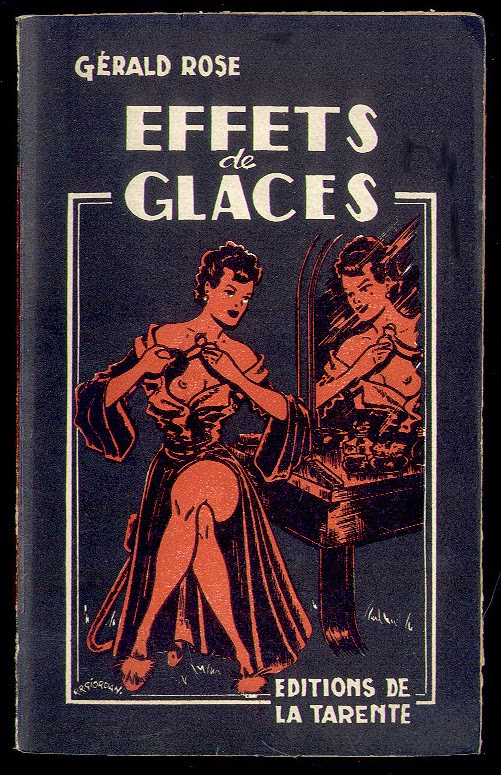 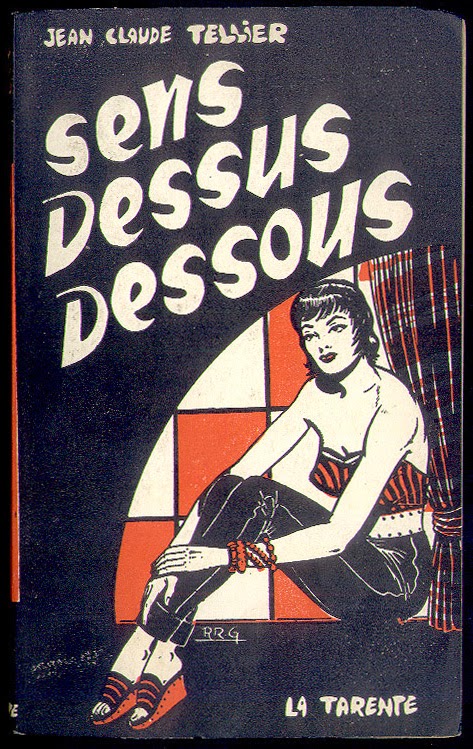 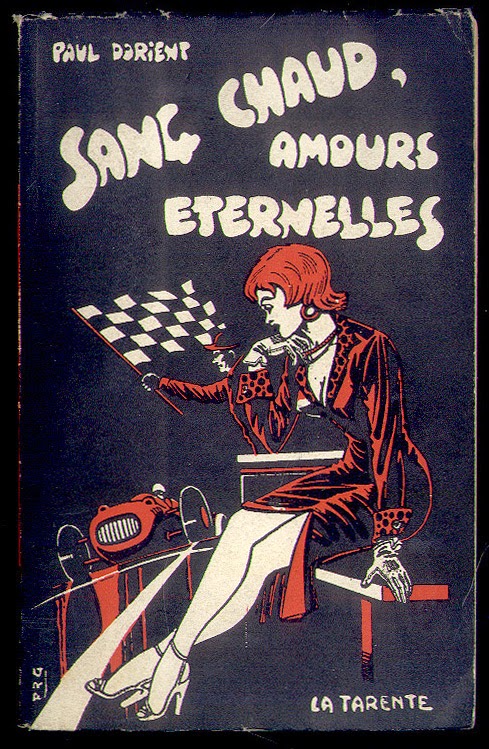