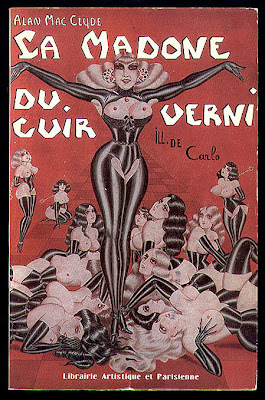 Carlo, French bondage illustrator extraordinaire, followed in the footsteps of the Select Bibliotheque's illustrators Esbey, Tack and Selbey creating a "line" that brought the genre into the modern era. Sadly the only examples of Carlo's work I can locate in my archives at the moment are from the books reprinted by Dominique Leroy (Paris circa 1980s) which nonetheless give a very clear picture of his illustration style. John Willie (Bizarre magazine) paid homage to Carlo in his own artwork and in turn greatly influenced those who followed him: Eric Stanton, Gene Bilbrew and Bill Ward. 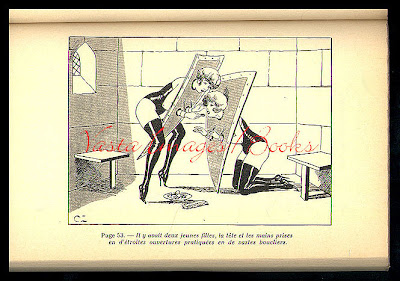 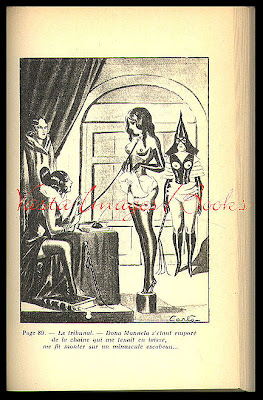 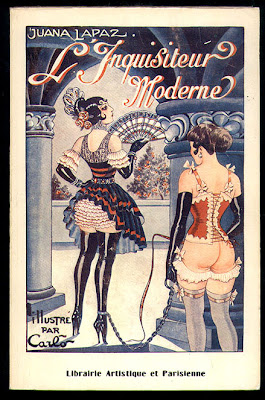 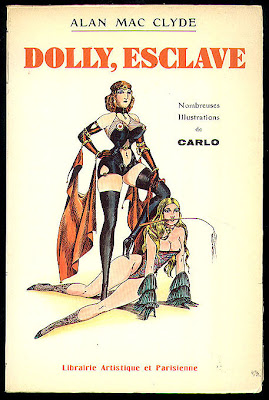 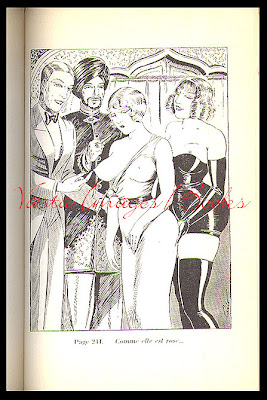 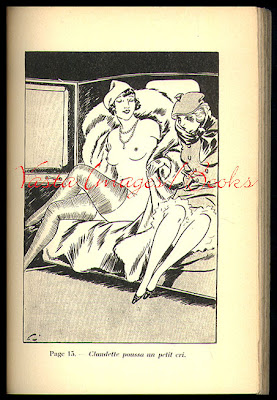 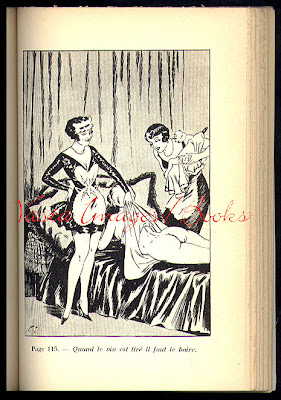 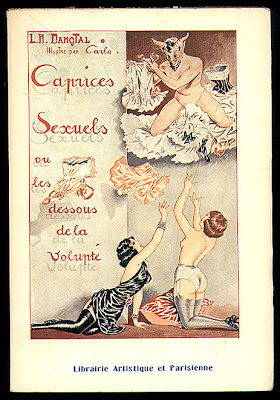 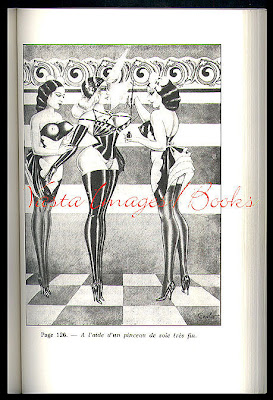 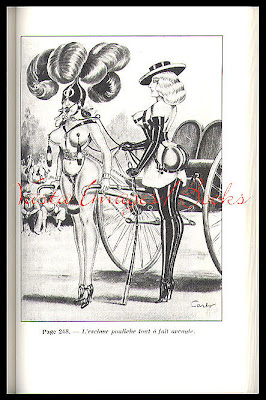 See Carlo item in my eBay store
Posted by Joseph Vasta at 10:53 AM