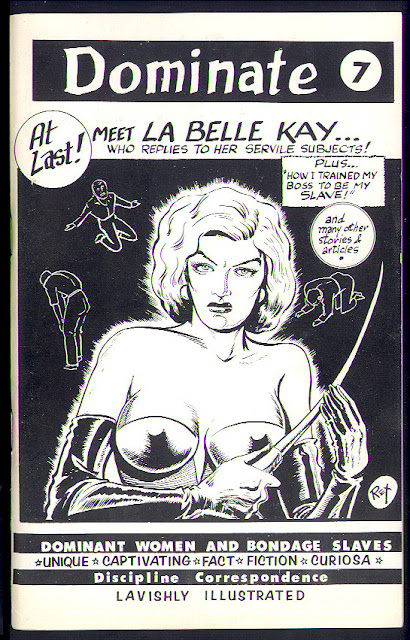 Jane Russell look alike on the cover of issue #7

New York City and the digest fetish magazines of the 1950s and early 1960s are synonymous. Even John Willie's Bizarre magazine was published in New York for a number of years. Los Angeles eventually jumped into the fem/dom digest magazine scene and the best and most original publication was Dominate, illustrated by Rex. It ran for at least twenty issues and also published special, unnumbered issues. Rex's style is unique, fits well in the fetish/domination genre and is immediately recognizable. 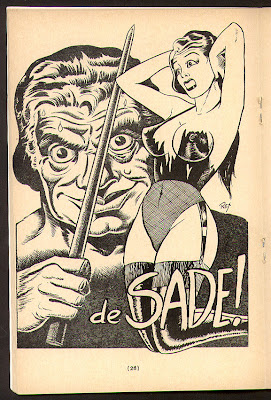 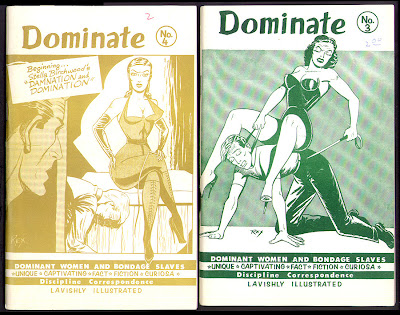 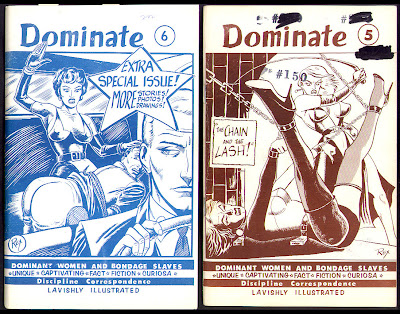 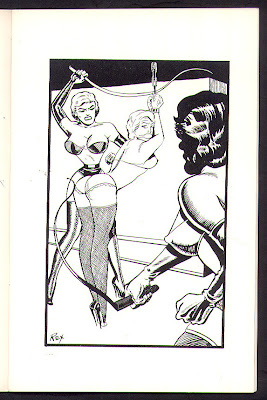 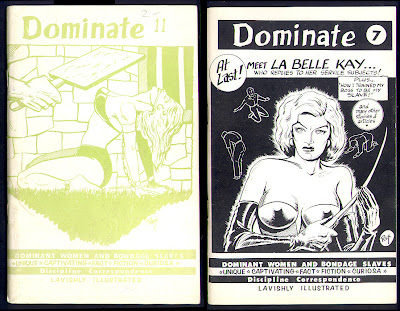 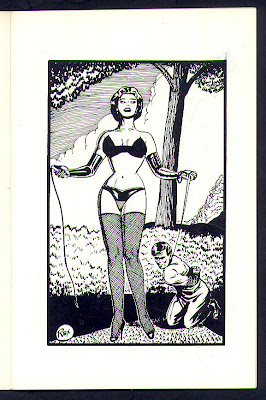 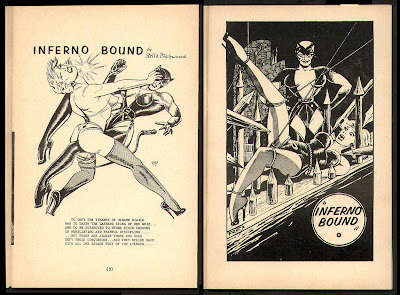 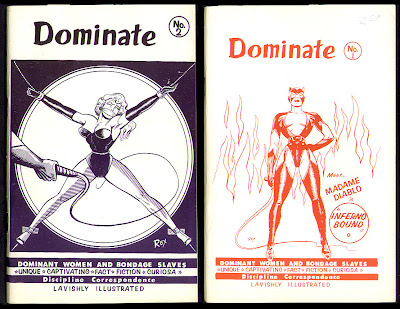 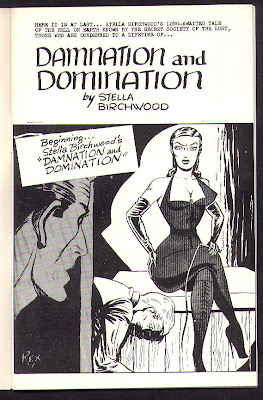 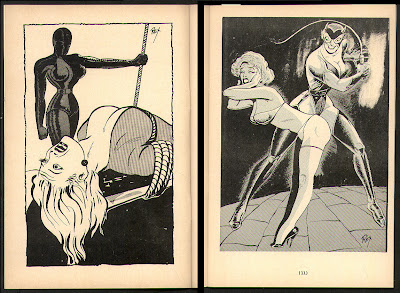