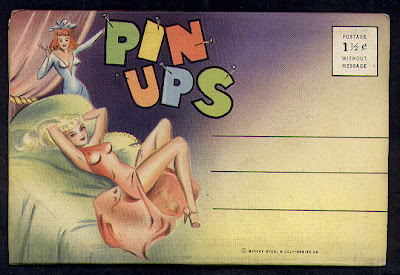 During what is described as the "linen era" in postcard publishing, the American pin-up flourished. Many hundreds of pin-ups were created expressly for postcards including sexy posers getting into and out of lingerie and bathing beauties as well as patriotic flag wavers wishing the boys well during WWII. The linen era started in the 1930s and continued until the early 1950s and drew it's name from the textured, linen-like surface paper, used to print the postcards.

While photographers were criss crossing the states making black and white photographs that would be transformed into colorized linen views, the pin-up artist were busy in their studios turning out artwork of scantily clad lovelies. Also popular at this time was the souvenir "travel folder" which included, in an accordion, folding-out format, a series of ten or twelve images usually previously appearing as individual postcards.

Posted here is a selection of folders with pin-ups and bathing beauties published by Curt Teich (Chicago) and Minsky Bros. (Pittsburg) recently purchased as part of a large collection of American material. 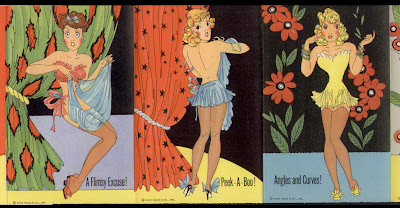 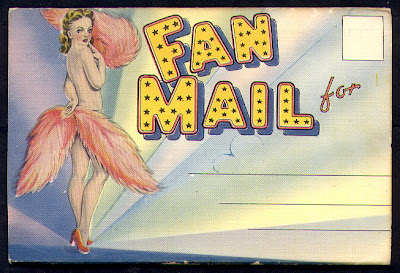 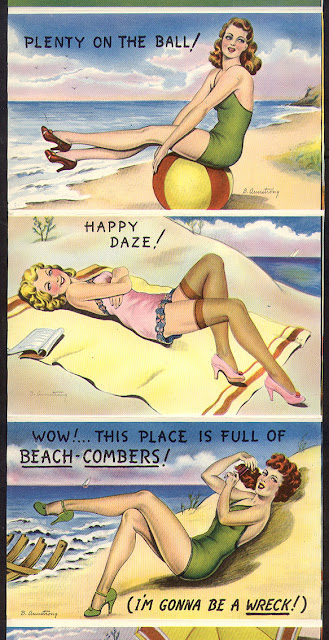 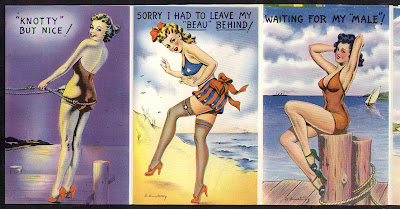 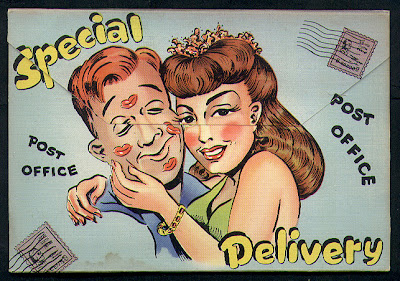 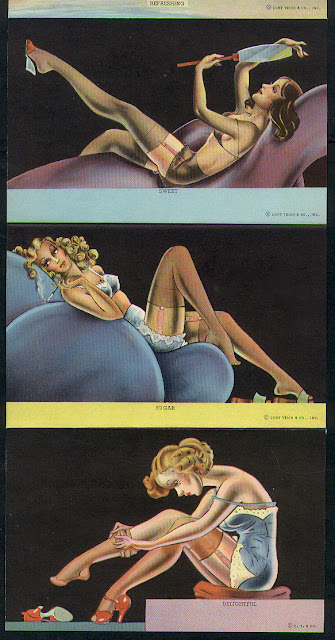 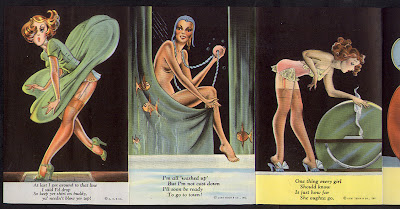 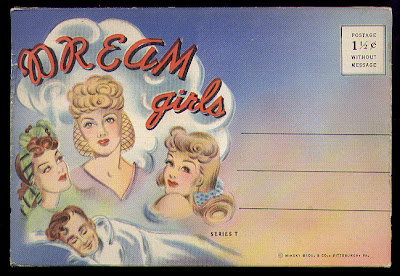 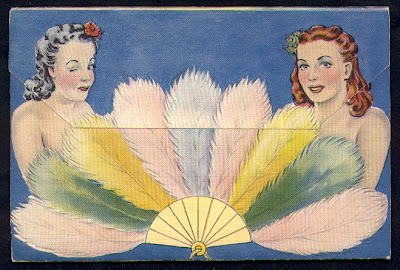 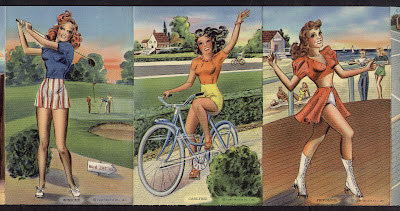 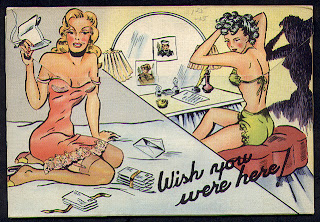 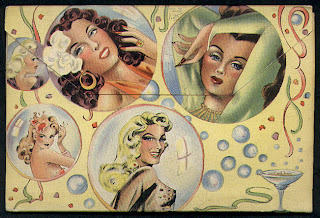 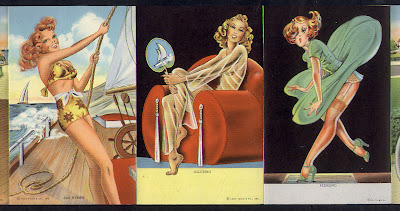 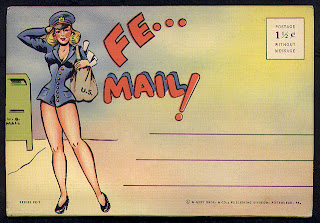